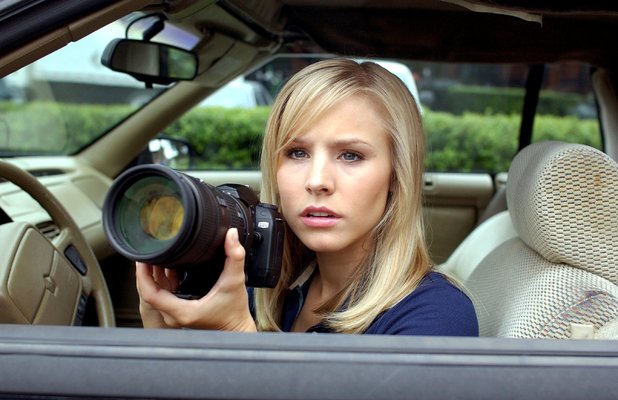 It’s all over the Internet: the Veronica Mars movie is actually (finally) going to happen. Warner Bros Studios (rather cheekily, if you ask me… and MovieBob at the Escapist) told Rob Thomas (creator of the show) that they would make the film if they could raise $2 million. The Kickstarter has been so successful, the project made half its goal in just four hours, hitting the goal in ten hours. Harvey Weinstein has already been quoted saying he would be happy to distribute it.

Rob Thomas has wanted to make the film for years, and fans have been hoping for it since the show first started. It was one of those pipe dreams we never thought would ever become a reality. Thanks to Kickstarter, however, we will now get to see Veronica in action on the big screen.

As a massive fan of the show, my first reaction to this news is ‘YESSSSSSSSSS!’ But I do have some concerns. Most fans have found the pilot/pitch video for the season 4 that never was online somewhere (I’m sure you can still find it if you’re interested), and it was disappointing. Sure, the FBI was the logical place for our intrepid investigator to end up… but a show without Logan, Wallace, and Mac? No thanks!

Very few ‘revisits’ to old shows or films ever work. Joss Whedon bucked that trend somewhat with Serenity, but I still didn’t feel it held up to Firefly – a series that was almost perfect (Joss Whedon, who was also a massive fan of Veronica Mars – so much so that he actually made a cameo appearance in season 2 – has already weighed in on this news). Red Dwarf is another of my favourites, but between series 6 and 7, several years passed and they lost Rob Grant (co-creator and writer). The show was never the same again (and let’s not even get into the latest incarnations on UK channel Dave). So what will the Veronica Mars movie be like?

Right now, I’m going to stay positive. If the Kickstarter video is anything to go by, the writing is still going to be awesome, and the acting better than ever.

I’m excited by this news, but it does bring Kickstarter back into the limelight. Are crowd-funding projects like this really a good thing? I think I’ll investigate further and get back to you on that one!

Previous: Much Ado About Nothing: Trailer
Next: Digital self-publishing tips