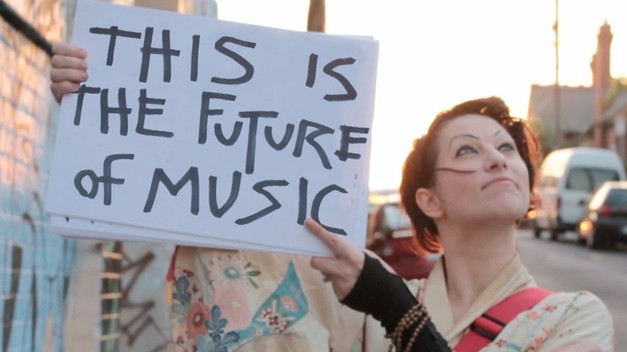 Kickstarter first caught my attention last year when a friend put out a call on facebook to get enough money together to purchase a ‘house party’ by contributing to Amanda Palmer’s Kickstarter campaign. I had been a big Dresden Dolls fan, but hadn’t heard any of Palmer’s solo stuff. But I thought it sounded fun and £60 a ticket wouldn’t break the bank. We are still waiting for the party date to be confirmed, but I’m looking forward to it.

Having contributed to the successful Kickstarter (it raised US $1.2 million, after only asking for $100,000), I found it rather exciting that it became a enshrouded in controversy. Everyone was asking questions about accountability, and I couldn’t help but wonder why. As someone who contributed to Palmer’s campaign, I admit that I had no issues with how she ran it. I’m under no illusions that campaigns like this, while they are ostensibly to fund a particular project, they are also about making money. These people are artists and they need to eat too. I never once thought it was a rip-off.

True, the controversy did not just come out of the Kickstarter project. When Palmer began touring, she called for local musicians to join her band onstage – unpaid except for hugs and beer, and of course, the chance to play with her on stage. Ok, so unpaid work is always a little questionable. But hell, I gotta say, if I were a musician and an AFP fan, I’d probably have loved it! Backlash ensued, however, and Palmer declared that she would find some money in the budget to pay these lovely people, as well as posting a breakdown of where all the money went. It didn’t do much to help the angry Internet trolls though. 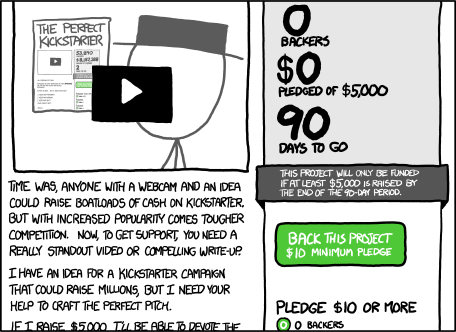 Now Kickstarter is in the press again, after Veronica Mars won big for the new film project. People are again asking questions about crowd funding. Should already successful celebrities use Kickstarter? In the case of Veronica Mars, it was certainly frustrating for creators and fans alike that the studios would not fund a film project, when we have all wanted one for years. But I’m not sure the answer should have been for the studio to have the fans pay for it – isn’t that what cinema tickets and DVD sales are for?

But then again, does that mean Amanda Palmer falls into this category as well? She could have gone the standard studio route for producing her album – she had been previously successful, had fans, and studios were interested – but she wanted to retain greater creative control. Kickstarter seemed like the natural place for her. And I doubt that her project would have come under any scrutiny had it not been so successful.

Another favourite of mine – Jane Espenson, television writer for Buffy, Firefly, Gilmore Girls, Warehouse 13, Game of Thrones, Caprica, Star Trek: Deep Space Nine, and Once Upon a Time, to name a few – has recently turned to Kickstarter to fund a project. Along with Brad Bell, Jane created a web series called Husbands, which has been ‘redefining the newlywed sitcom’. Finally, we get a comedy about a newlywed gay couple! For the show’s second season, they turned to Kickstarter for funding. I feel more confident about this particular project being above reproach, as it is difficult to make money on web series. But then again, Felicia Day has done it with The Guild without the help of crowd funding. So again, is Kickstarter really a good idea? 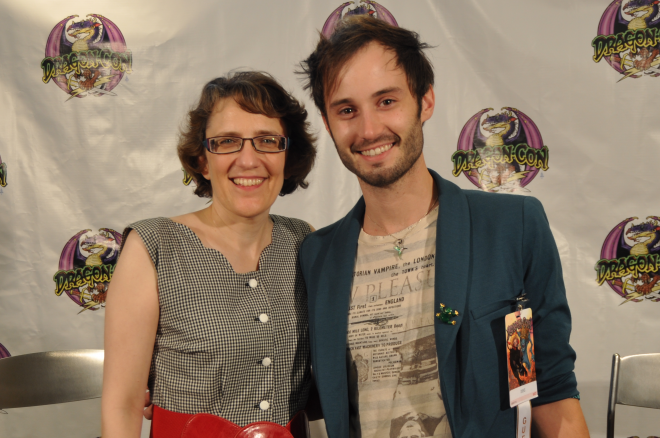 Another way to look at crowd funding is this: companies, entrepreneurs, new ideas, etc have always got their money through investors. Kickstarter, along with other crowd funding websites, allow people to find investors for their projects in a more organized, online form of networking. It is the social media form for investors. LinkedIn has networking for professionals down, now Kickstarter covers finding the money. An entrepreneurial friend of mine, Melanie Perkins, has been all over the Internet recently after raising AUD $3 million for her latest start-up, Canva. She did this in a more traditional way, but who is to say that Kickstarter would not have been an option?

I think Kickstarter is a great place for people to find investors, and it certainly helps new ideas get off the ground. Take the awesome Pebble Watch, for instance. And as Amanda Palmer rightly points out, crowd funding should be available to everyone. But I do agree that there are certainly questions to consider regarding celebrities using it – especially if it helps a major motion picture studio like Warner Brothers. It just isn’t the right place for that. What do you think?

Previous: Cat’s Cradle by Kurt Vonnegut
Next: Hit and Run