Home / Comment / Everyone needs a good laugh: Comedy and satire 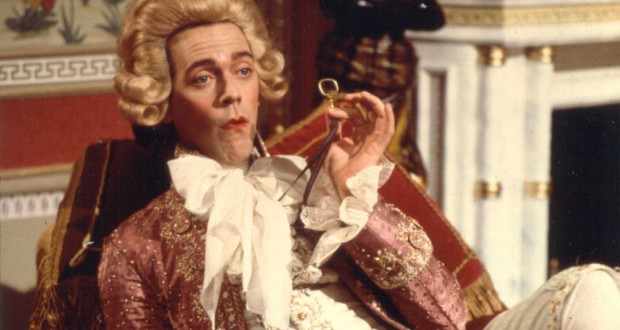 I don’t know about everyone else, but these days I prefer a good comedy to endless hours of depressing drama. And yet, most of the widely praised TV and film are hopelessly depressing. Even some of my favourite shows get a bit too much for me at times – for instance, I can only take Battlestar Galactica in small bursts, or it all just gets too much for me. And Game of Thrones? I’m not sure I have the strength to keep watching!

I’m not ashamed to admit that I love comedy. I think even the best dramas contain enough comedic relief to provide the viewer with a little break every now and then (like my favourite example that I use for everything – Buffy). At the end of a long hard day I’d much rather put on a sitcom than try to make it through a serious drama. I’m not saying that I don’t enjoy drama, seriousness, or even depressing dystopian stories – I do like these kinds of stories, but in moderation. There comes a point where you need something a little lighter – with stories just as with food.

According to Aristotle, comedy is one of the original forms of literature. In the most basic distinction for the ancient Greeks, comedies ended happily while tragedies were, well… tragic. Comedy often uses satire (‘the use of irony, sarcasm, ridicule, or the like, in exposing, denouncing, or deriding vice, folly, etc.’), involving the use of the ridiculous and unrealistic in order to comment on the real state of things. The genre also often features the crude, base, obscene, profane, and so on. So I suppose gross-out comedies aren’t such a modern phenomenon after all! 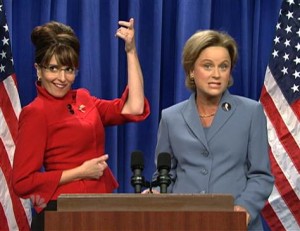 I don’t think comedy is so black and white anymore. I don’t think that for a story to be classified a comedy, that it needs to have a happy ending. For instance, in Shakespeare’s comedies, all the unmarried characters would get hitched. Sure, comedies often involve a couple getting together but it isn’t a necessary ingredient for a story to be labeled a comedy. In When Harry Met Sally, Harry and Sally were not originally going to end up together. If they didn’t end up together, but the rest of the film remained unchanged, would that negate its classification as a comedy? I doubt it.

Comedy now is more about tone than the outcome of the story. And within this tonal classification system, there are many sub-genres – satire, farce, slapstick, black comedy, vaudeville, comedy of manners, sketch, parody, gross-out, screwball, and the list goes on… Anything humorous can be considered a comedy – or at least having comedic elements. Of course, this also depends on the attitudes of the viewers – for instance, the ‘reality series’ Duck Dynasty could be viewed as outrageously comedic or terribly tragic – depending on ‘a certain point of view’ (as Obi-Wan Kenobi might put it). 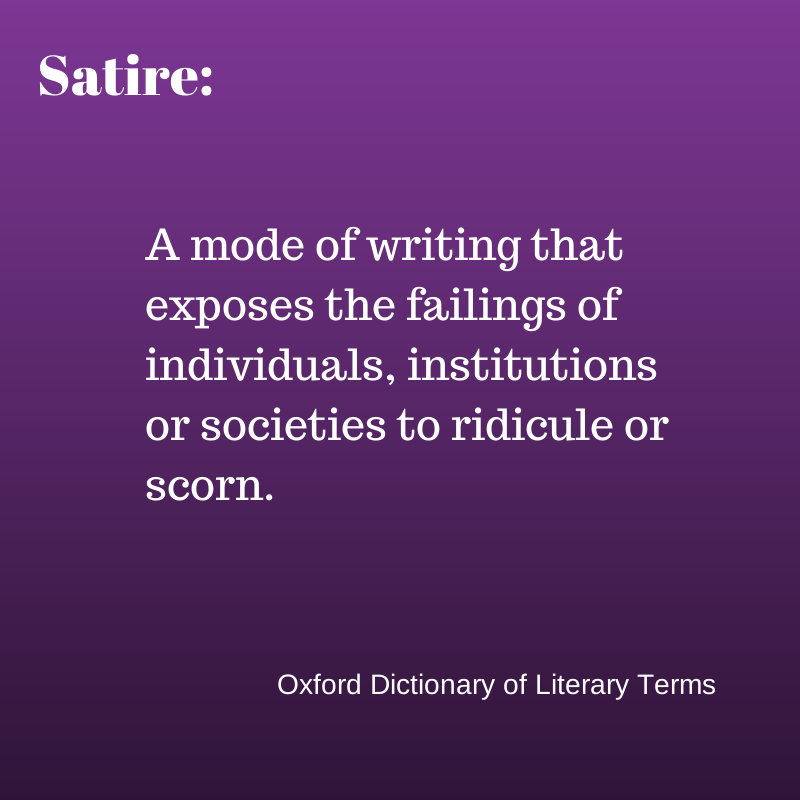 Satire is quite possibly my all time favourite style of comedy. Quite naively, before moving to England, I envisaged the general society of England to be full of witty Stephen Fry types, sending up the government and society in general. Well, I might have been a little off the mark in my assumptions (or a lot…) but there are still plenty of folk over here who enjoy some good satire. While satire often appears in works that are not overall satirical in nature, it can form the main tone of a piece.

A lot of sketch comedy relies heavily on satire – as does a lot of comedy with deadpan delivery. Satire can be direct – where the character speaks directly to the audience to highlight something ridiculous. It can also be indirect, where the actions of the characters point out the ridiculousness of a situation, leaving the reader/viewer to come to their own conclusions. I especially love when satire is used to help make a political statement.

There is a lot of great satire out there at the moment. However, some of my favourites currently include:

What are your favourite comedies?