Home / Film / The Lego Movie: All I’m asking for is total perfection 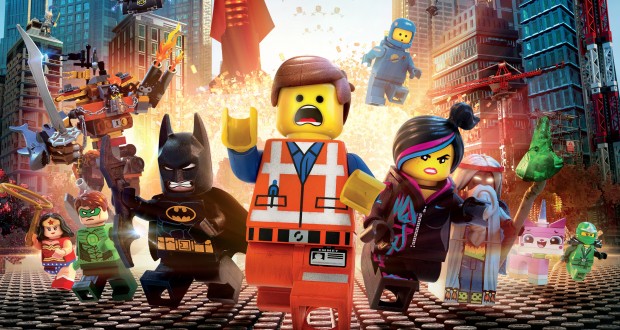 It is always difficult when a film is surrounded by a whole lotta hype. Do you buy into the hype and build up your excitement until you almost burst? Or do you keep a cool, cynical distance, not heightening your expectations before you see it? I try not to get over excited – I hate being disappointed. But the Lego Movie is something I have been excited for.

Anyone who has played any of the Lego video games – be it for Star Wars, DC, Marvel, Harry Potter, Lord of the Rings, etc – knows just how good a franchise this is. And of course, that’s not mentioning how awesome Lego in itself is. What adult doesn’t love Lego? Who cares about kids?! This isn’t a toy! It’s mine! Remote control Lego R2-D2 – hell yeah! And the ridiculous price tag? Worth it!

The reviews have been almost universally positive. Everyone loves the Lego tongue-in-cheek approach. Not taking anything too seriously… and a lot of reviews I have read have expressed confusion over how Lego was allowed to use so many different trademarked characters in the ways that they did. But we’ll not complain about seeing multiple fan-favourite universe crossovers!

Unfortunately, getting caught up in the hype made for a big let down. The best moments of the film were in the trailer, the comedy and the plot were definitely for children (and not adults who are big kids at heart), and by the end it all turned a bit too after-school special for my liking. Of course, with all the positive reviews out there my view seems to be in the minority. 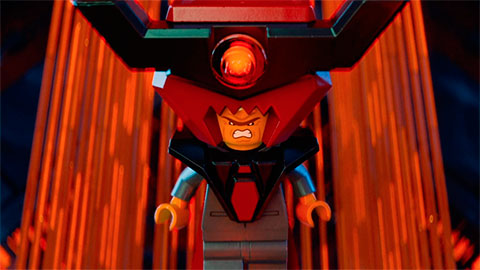 As with any great epic adventure story, the film begins with a tale of ultimate good vs. evil and a prophecy. Vitruvius (Morgan Freeman) tries to keep the superweapon – the kragle – safely out of the hands of the evil Lord Business (Will Ferrell). As he fails, he tells of a great prophecy of ‘the Special’ finding the ‘Piece of Resistance’ – the only thing that can save the world from the almighty power of the kragle. The Special will be the most important, brilliant, and interesting person in the whole world.

Unfortunately, the prophecy produces Emmet (Chris Pratt), the most thorough example of an everyman there ever was. He is so good at following the rules that he blends in completely. Emmet finds the Piece of Resistance by accidentally falling down a deep tunnel. After some weird-ass visions and passing out, Emmet awakens to find himself tied up and being interrogated by Lord Business’ right-hand man, Bad Cop (Liam Neeson). It is here that Emmet overhears Lord Business’ plan to destroy the world in three days’ time.

In steps the bad-ass, good-looking wyldstyle (Elizabeth Banks). She saves Emmet and takes him to Vitruvius. Thus begins their adventure to save the world. Can Emmet overcome his incredible ordinariness and save the world? Or are they doomed to a world without creativity and movement of any kind?

There are some brilliant moments in the film. The problem is – you can almost see the minds behind the film sitting around a table, at the pub, making a list on the back of a menu of all the cool things they could potentially have in the film. Then, when it came to writing a plot, they just threw absolutely every idea they had at the page. Does it make a story? Well, yes, a very conventional, predictable story – good vs. evil, imagination and creativity vs. dullness. It is a traditional adventure slash coming-of-age story. A love story. An epic fantasy story. It has elements of almost every genre of story out there, along with characters from *all* of the universes… and it just ends up in a big confused mess. 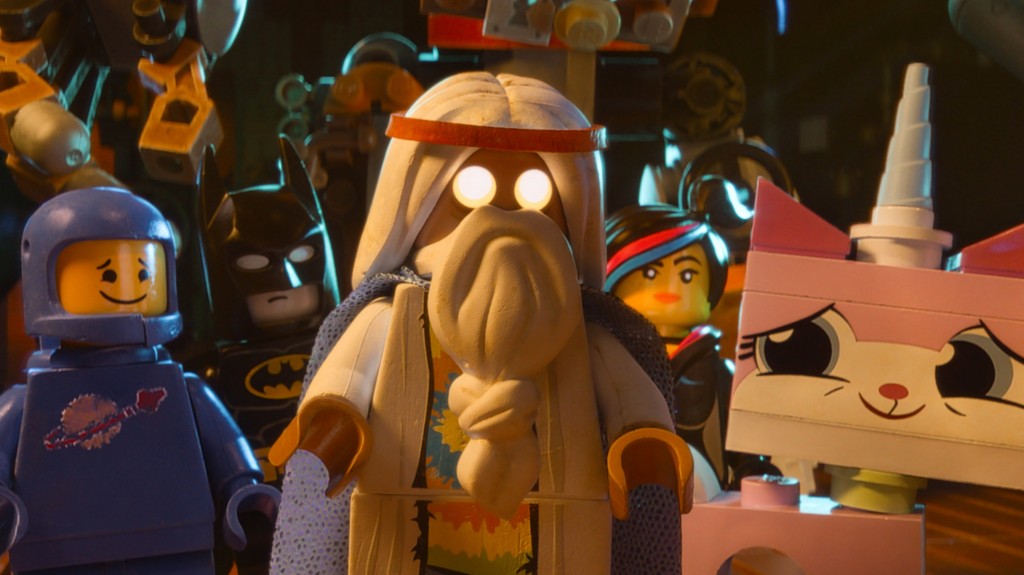 Along with the littering of great dialogue and fun gags throughout, there’s a fantastic cast as well. Morgan Freeman, Liam Neeson, Chris Pratt, Elizabeth Banks, Will Arnett, Will Ferrell, Jake Johnson, Nick Offerman, Cobie Smulders, Channing Tatum, Jonah Hill, Billy Dee Williams, Charlie Day, Dave Franco, Anthony Daniels, Alison Brie… I mean, wow. Seriously, that cast is awesome. And there is some epic voice work in there – Will Arnett and Alison Brie were probably my favourites, but it was fun to see the 21 Jump Street duo back together again in the guises of Superman and Green Lantern.

With all of this good stuff it is such a huge disappointment to see it all amounting to a whole lot of nothing. It isn’t particularly interesting or original, and by the end you want someone to get you a barf bag for all the soppy bullshit they try to stuff down your throat. At the same time, there are some great laugh-out-loud moments and overall you do have fun. It’s just a shame when it could have been so much more.

How do you make a story from a toy made up of other stories?

While the non-branded Lego blocks are truly the building blocks of anything your heart can desire, the most popular Lego sets are from trademarked mega-franchises. So what does that mean for the identity of Lego as a brand? Ok, here’s the basics: little plastic bricks that interlock. Oh yeah, they also come in loads of different shapes, colours, and sizes. But this does leave me scratching my head as to how to build a story with these things? Buildings, yes… a plot?! No. 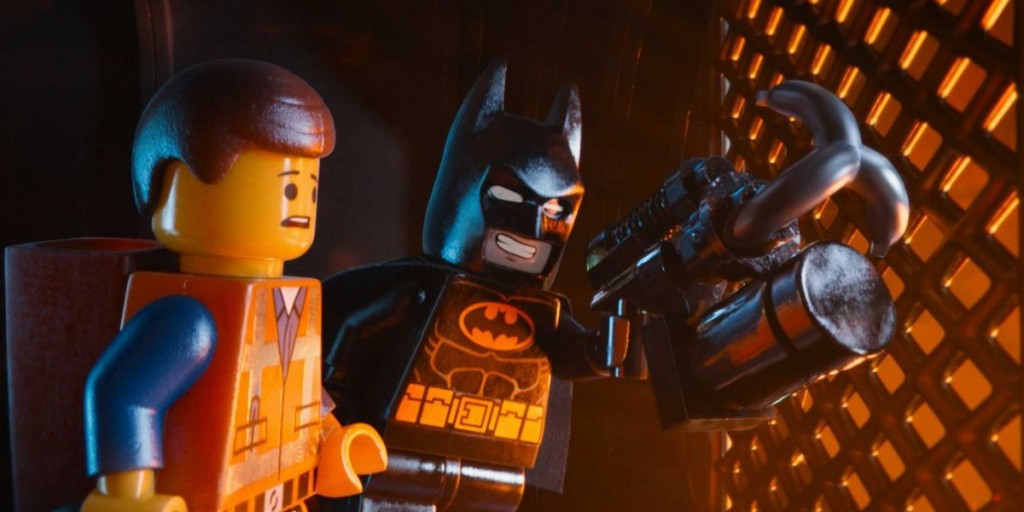 This is where the branded Lego comes into play. It is easy enough to make the logical jump from Star Wars themed Lego sets to Star Wars themed Lego video games. From there, the next leap I would make is Star Wars Lego movie – or any other brand-specific venture. But Lego has rights to all of these different franchises together – they saw an opportunity. And I gotta say, what an awesome idea for a film – bringing all of these different brand identities together, to interact with one another, alongside non-branded, generic Lego as well!

But this brings up another logistical question – how do you build a story out of all of these different elements that don’t belong together? I’m not sure the film answers this. The disjointed elements, while cool on paper, really don’t work together. Yeah, I loved seeing the Milennium Falcon rock up next to a metal pirate’s ship after a crazy rainbow sugar cloud-world full of unicorns collapsed into the sea… after visiting the wild west… after having come from the evil city… *wow I’m out of breath*… You see what I mean? There was just too much stuff!

More isn’t always better. Quality, not quantity. Listen to your mum kids, she doesn’t say these things just to annoy you. 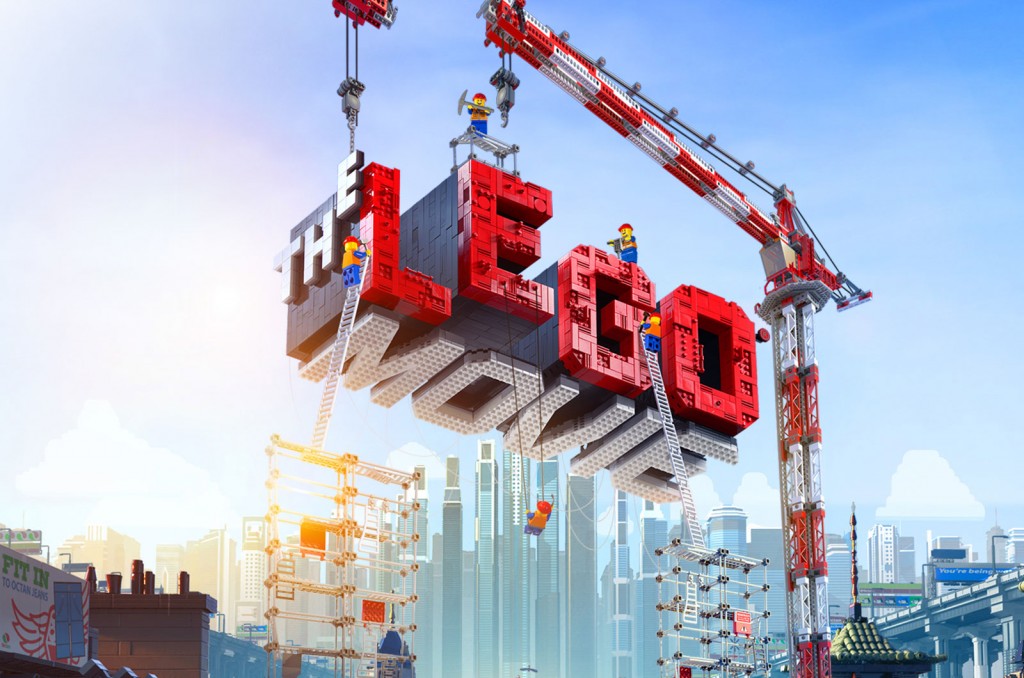 Verdict: Not worth a trip to the cinema but alright for a Sunday afternoon while nursing a hangover. This really is a kids film and not much more.

Previous: Lust for Love: A Whedon cast without the Whedon factor
Next: The Acquirers: Cooler Heads