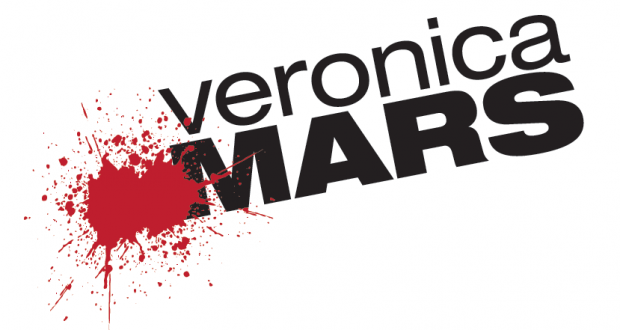 The Veronica Mars Movie is almost here. I can smell it in the air. Excitement. Anticipation. Brilliance. After an astoundingly successful Kickstarter, we have been waiting a year for this. Well, more like seven years for those of us who wept on May 22nd, 2007 when Veronica was no more. Just seeing the cast get back together to make the Kickstarter video was enough to get my pulse racing. Then they released the first trailer and I was so excited I almost forgot to breathe. The opening scene has also been released, nicely recapping three seasons of awesome television for those peasants who never bothered to watch it (I am absolutely judging you right now).

March 14th, 2014: this date will go down in history. I’m trying to reign in my excitement. I don’t want this to be Star Wars: The Phantom Menace all over again. I’m having to put my faith into the Veronica team to pull off the awesome, as they did successfully for three years. Before the verdict for the new film comes in, I want to look back at three almost perfect seasons of television. More specifically, I’m going to look at the Noir genre merit badges the show gets.

What do you think of when you think of the noir genre? Black and white B-movies from the 1940s with cheesy dialogue and low lighting? Sure, that’s part of it. But the genre has a lot of merit too. Early Noir films to gain critical praise include The Maltese Falcon (1941) and Double Indemnity (1944), with the influence of films like this evident in such classics as Chinatown (1974), Taxi Driver (1976), Reservoir Dogs (1992), and The Usual Suspects (1995).

There are certain themes, character archetypes, and stylistic features common to the noir genre, whether you are exploring it in film, television, or the written word. According to Silver & Ursini’s Film Noir, these characteristics of noir include: the haunted past, the fatalistic nightmare, the truth seeker, the hunted, the femme fatale, chiaroscuro lighting, odd angles, a moving camera, the urban landscape, flashbacks and the subjective camera, hard-bitten poetry, and voice-over narration.

What aspects of Veronica Mars fit into the classic features of the noir genre?

Themes: The haunted past and the fatalistic nightmare

What’s that you say? The protagonist should be haunted by some trauma in their past? Which trauma would you like? Veronica has multiple to pick from – her best friend was murdered, her mum runs out on her, and she is drugged and raped (only to be laughed out of the Sheriff’s department). Is that enough of a haunted past for you? The noir protagonist must face their past, without it, they have no hope of finding peace. Veronica spends three seasons trying to find peace…

Archetypes: The truth seeker, the hunted, the femme fatale

I think it is a fairly commonly held belief that noir stories involve a private investigator. This is certainly a popular convention of the truth seeker, but this isn’t always the case. They are often officers of the law or even someone wrongly accused of a crime trying to clear their name. Veronica Mars contains all of the above. Keith Mars is a P.I. and ex-Sheriff, Veronica is an amateur P.I., and various other characters play other truth seekers from episode to episode. It seems that everyone needs a little sleuthing in their life! 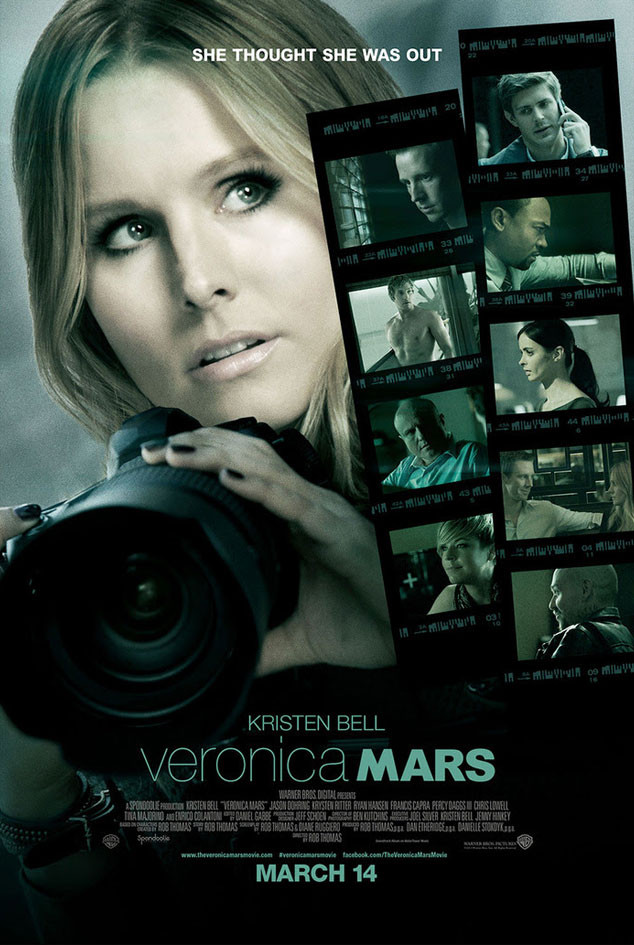 Noir protagonists also tend to be outsiders, persecuted by others, generally disliked, and often in trouble with the law – they are ‘the hunted’. Sound familiar? Oh Veronica, how many times have you been arrested?! After Keith accuses Jake Kane of murdering his daughter, his entire family is persecuted by the people of Neptune, while Veronica’s social standing drops from top of the pops to zero in the blink of an eye. One could say she’s bitter about it – she stays away from others and people stay away from her.

The femme fatale has got to be one of the most famous elements of noir. Sadly, it is mostly lacking in Veronica Mars. This is probably due to the role reversal of having the main protagonist and truth seeker a female. It is possible to view Logan’s character as the male equivalent to the femme fatale – I don’t think anyone could deny he’s trouble. Troy Vandegraff is another potential stand-in for this archetype – a bad boy that suckers Veronica in and causes her nothing but trouble.

When discussing noir film in particular, the lighting, angle of the camera, camera movement, and setting are all important aspects in creating the right mood for the genre. The lighting is less important since we have moved to colour, but still important to have scenes with low light and plenty of action sequences taking place at night. Veronica spends most of her high school career on stakeouts, so I think she’s got the night prowler thing pretty much down. 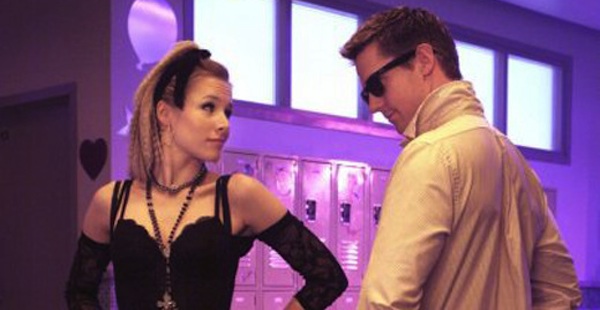 The urban landscape is definitely part of the Veronica Mars world – Neptune, a town full of the spoilt, rich, and narcissistic. It is, in essence, a fictional Los Angeles. The home of the rich and famous – movie stars, billionaire technology firms, blondes, beaches, and booze. Flashbacks are also critical to the first season of Veronica Mars. The past is always creeping up on Veronica in the form of flashbacks as she remembers her times with Lilly. The flashback sequences have that lovely soft, grainy feel to them, visually separating them from the present.

You know those people who can predict when change is coming in their life? I’m not one of them. Change has a way of just walking up and punching me in the face.

Veronica’s voice-overs set the tone for the series. Some filmmakers hate the way voice-over allows for too much ‘telling’ rather than showing, but when it comes to noir, I am happy to make an exception. And hard-boiled dialogue? The series is endlessly quotable, the dialogue sublime. Here are a few of my favs: 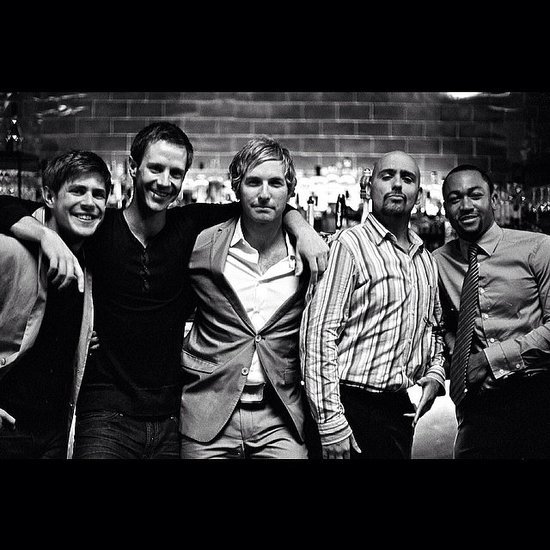 Veronica Mars really is one of the best shows to have ever aired. All noir fans should watch this show if you haven’t done so already. Bring on March 14th, I can’t wait to see the film!

Previous: Love’s So Strange: The Dark (He)Art of Use Your Illusion
Next: The Acquirers: Space Cops