I have been re-watching the classic 90’s sitcom Boy Meets World in preparation for the spin-off series that starts airing on the Disney Channel on June 27th. I loved this show during its original run, never missing it in the TGIF lineup during the years I lived in the US. Before starting the re-watch, I wondered seriously if this would be one of those nostalgia trips where you look back and cringe, wondering how the hell you loved this thing so much back then. I was pleasantly surprised. Sure, it is silly and a little preachy at times, but on the whole, Boy Meets World kicks every contemporary kids show out of the park.

Currently, I am only about halfway through season 4. So far, I am absolutely loving this season, even with the lack of Jonathan Turner (Anthony Tyler Quinn), who made the third season. Episode 5, ‘Shallow Boy’, when the series suddenly goes meta on us before it was the done thing in TV (referencing the network moving around the show’s timeslot). But it was episode 15, ‘Chick Like Me’, that really hit home.

Cory the journalist and Miss Hunter

Cory has been writing a column for the school newspaper – he thinks it is funny but Shawn and Topanga think he should write about something that matters (although their ideas of what ‘matters’ varies wildly – Shawn’s idea is ‘Why the girls in the swim team don’t wear heels’). In class with Feeny, they are studying Black Like Me, by John Howard Griffin. The book is a non-fiction account of Griffin’s experience after darkening his skin and travelling through areas of the US with the worst instances of racial segregation and prejudice. 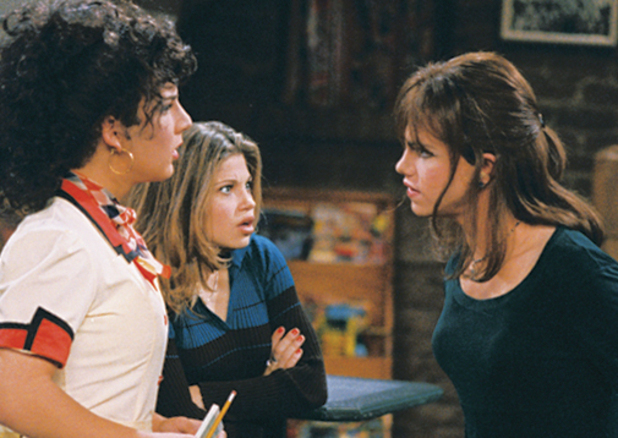 This, along with one of the high school girls complaining that girls and boys just want totally different things on dates, gives Cory and Shawn an idea for Cory’s next column: dress up as a woman to write an accurate account of what it is like to be a woman. Cory doesn’t make a great girl, but Shawn does. He’s positively stunning as ‘Victoria Wasboyski’ and lands a date with the school hottie without even trying (he does have a killer rack with the help of a wonderbra).

What follows is acutely uncomfortable but unfortunately accurate. Shawn’s date is a disaster. The boy gives Shawn a ‘massage’, touches Shawn inappropriately on the leg (under the table), suggests that Shawn ‘wants it’ because of what he is wearing (to which Shawn replies, ‘I just wanted to look nice’), and forces himself on Shawn inappropriately while ‘teaching’ Shawn to play foosball. The lesson learned: girls say no all the time, but boys often simply don’t listen.

The roles of girls and boys in the dating game

The sub-plot of the episode focuses on Eric Matthews (Cory’s hapless older bother) and his co-worker Loni (a beautiful mountain girl he has had a crush on for some time). Loni is a beautiful blonde and loves the outdoors. At first, she is every guy’s dream. They hit on her but she manages to scare them off. Distraught, she asks Eric if there is something wrong with her. He offers to help her learn to stop ‘scaring off’ the city men. 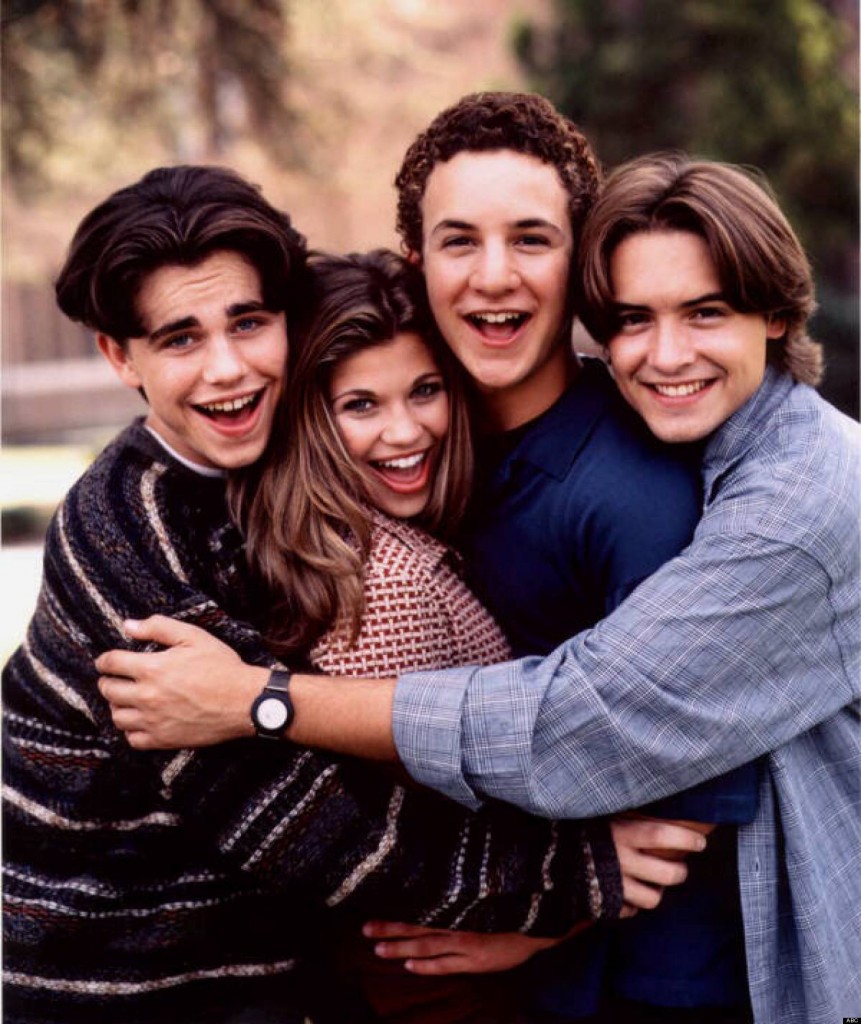 Loni’s idea of going for a man involves her walking up to the boy she likes the look of and saying ‘I want that one’. I, for one, admire her forthright nature and wish it could be as simple as that. Eric, however, teaches her to woo men much like she would chase prey in the wild, approach carefully and don’t frighten them off. Being friends is fine, just not too friendly. Loni’s response is, ‘I never thought being friendly could be a bad thing.’ How sad but true.

There are two excellent messages in this sub-plot: 1) Girls are perfectly capable of going after men (it does not have to be the other way around); and 2) If someone doesn’t like you for who you are, they don’t deserve you (aka don’t change yourself for a guy/girl). When Eric is done with his lesson, he wishes he never taught Loni. He liked her just the way she was.

This is what kids shows should be. If they don’t teach kids how to be good people, what’s the point? Oh yeah, entertainment, right? This is damn well entertaining. By this point, the show has already dealt with issues of a broken home, drugs, bullies, gangs, sex at a young age, self-esteem, peer pressure, domestic abuse, and gambling, among others. Later, it would be one of the first TV shows to have a high-profile interracial relationship (between Shawn and Angela). 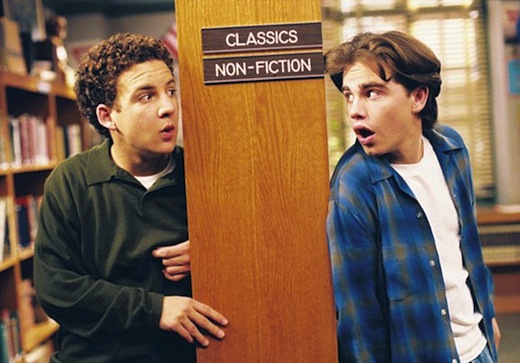 What substance do we have in kids shows these days? I find that they tend to be a lot less ‘real’ than Boy Meets World was. Even several Boy Meets World episodes are banned form being aired on the Disney Channel for being too frank. But surely that is a much more healthy approach to take with our kids? When Cory seems to be rushing into things with Topanga, his parents sit him down and say ‘hey, you’re young, slow down, sex is for when you’re older’. Isn’t it better that we encourage a healthy, open attitude towards sex, alcohol, and drugs? Avoiding the subjects doesn’t mean they don’t go away. And at least talking about it might help young people have a healthier attitude towards these things.

My other concern is the less progressive gender stereotypes that seem to be constantly reinforced on kids TV shows, something that concerns me about the upcoming spin-off as well. The girls in these shows always seem to have girl problems over and over, at the expense of other life issues. And yes, I was a teenage girl, boys are a big part of it, but guess what? We have other things going on too! Don’t pigeonhole us as simply boy crazy (or girl crazy, whatever floats your boat). We have just as much going on as any teenage boy (if not a hell of a lot more). Here’s hoping that the future of kids/teen TV takes a page out of Boy Meets World’s book, teaching kids that being different is ok.

Read my thoughts on the Girl Meets World pilot here.

Previous: Making a living as a writer: Things to think about
Next: 22 Jump Street: It’s the same case, do the same thing!