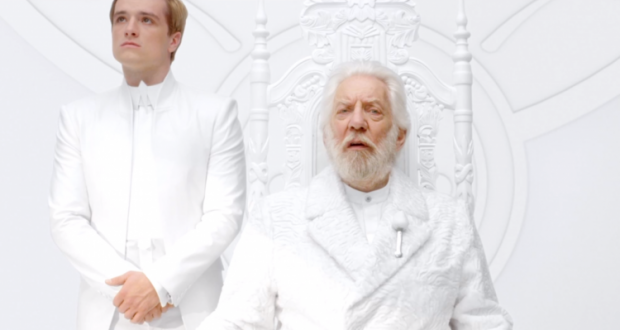 The first teaser trailer for Mockingjay Part 1 has dropped. For those of us who have read (and loved) the books, the clip might mean a bit more. There’s very little given away in the clip, a Presidential address to the citizens of Panem, featuring President Snow and Peeta, all in white, against a white backdrop.

At the end of Catching Fire, the rebels manage to get Katniss out of the arena, but Peeta is taken by the Capitol. If you’ve read the books, you know what happens next, but for those of you who don’t know yet: ask yourselves this, why is Peeta standing by President Snow, seemingly supporting his unity propaganda against the uprising? Is that a look of defiance at the end or something else entirely?

Hopefully, now that the teaser has dropped, it won’t be long before we get a full trailer. November can’t come soon enough.

Previous: Theatre review: The Crucible at the Old Vic
Next: Guest Post: Hanging with the Dead Boys by Toby Litt