Home / Film / The Hobbit: The Battle of the Five Armies 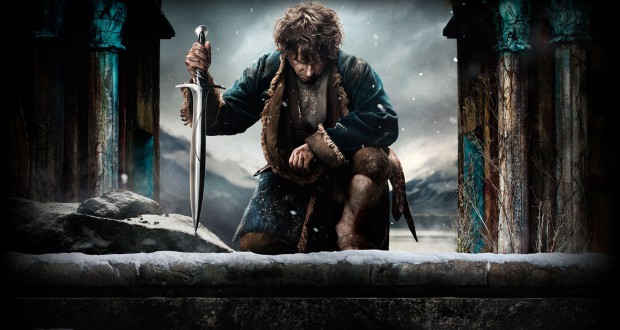 It is no secret that I tend to loathe anything Tolkien. I haven’t been a fan of Peter Jackson’s adaptations of The Lord of the Rings or The Hobbit so far, so it should come as no surprise that I didn’t think all that much of the third installment of The Hobbit. Having said that, please don’t dismiss my view as the cynical ravings of a Tolkien/Jackson hater – I have plenty of legitimate reasons to be disappointed by the latest film. 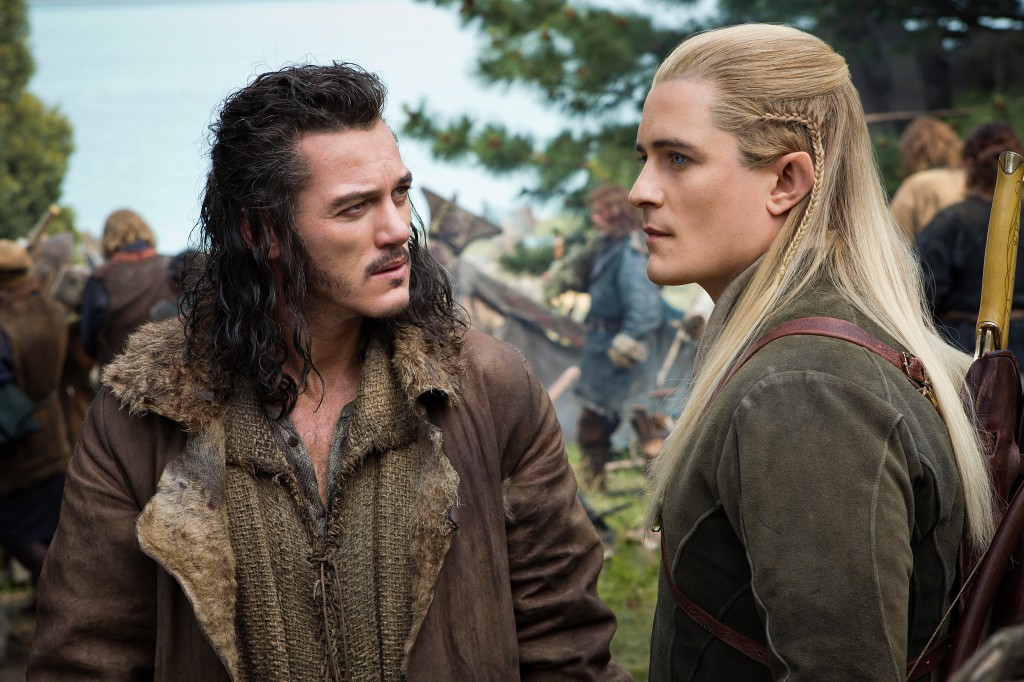 The Hobbit: The Battle of the Five Armies is a silly film. For all my LOTR/Tolkien hate, I have always appreciated it as one of the greats of epic fantasy (even if it is my least favourite style of fantasy). The fact that it took itself seriously and was a serious story always appealed to me. While humour and tongue-in-cheek stories certainly have their place, that place was not in Middle Earth (for the most part, I do understand the need for and welcome relief of the comedy provided by hobbits as a race). But the latest installment is silly to the point of ridiculous.

From weird slow motion shots with the use of too many wind machines, to bizarre and nonsensical character behaviours to straight up GIANT plot holes, the film simply doesn’t hold together. And for all of that, it still manages to be more fun than the other Hobbit installments have been so far.

Ummm, what plot? No, seriously, this film has no plot. We go from battle to battle – Smaug attacks and is killed (questionably) easily, then everyone wants to take control of the mountain and they are willing to battle to the death for it. That’s it. Case closed. Wait, you want a more serious, review-style plot synopsis? Well, if you insist…

The dwarves woke the dragon in their attempt to reclaim their home deep within the mountain and watch as Smaug destroys Lake Town. Bard (Luke Evans) manages to free himself from captivity and take down Smaug with a lucky shot (still too saracastic, huh?). The survivors of the attack decamp to the shores and head for the mountain, the only shelter nearby. 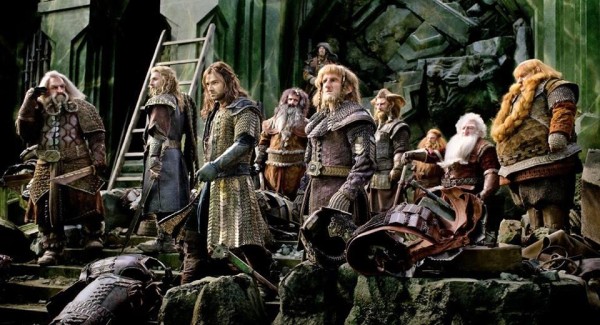 The treasure in the mountain is tainted with dragon sickness after Smaug rested there for so long. It soon drives Thorin (Richard Armitage) mad – he is obsessed with his treasure, his right as king, and is determined to keep the treasure from anyone who might lay claim to it. When Bard comes to claim the treasure Thorin had promised along with Thranduil (Lee Pace) who wants to regain some family heirlooms, Thorin refuses to bow to their requests.

As it looks like a battle might soon start between dwarves, elves, and humans, Azog and his orcs arrive. Dwarves, humans and elves have to put aside their differences and keep the orcs from capturing the strategically significant Lonely Mountain.

It’s all over when the Eagles fly 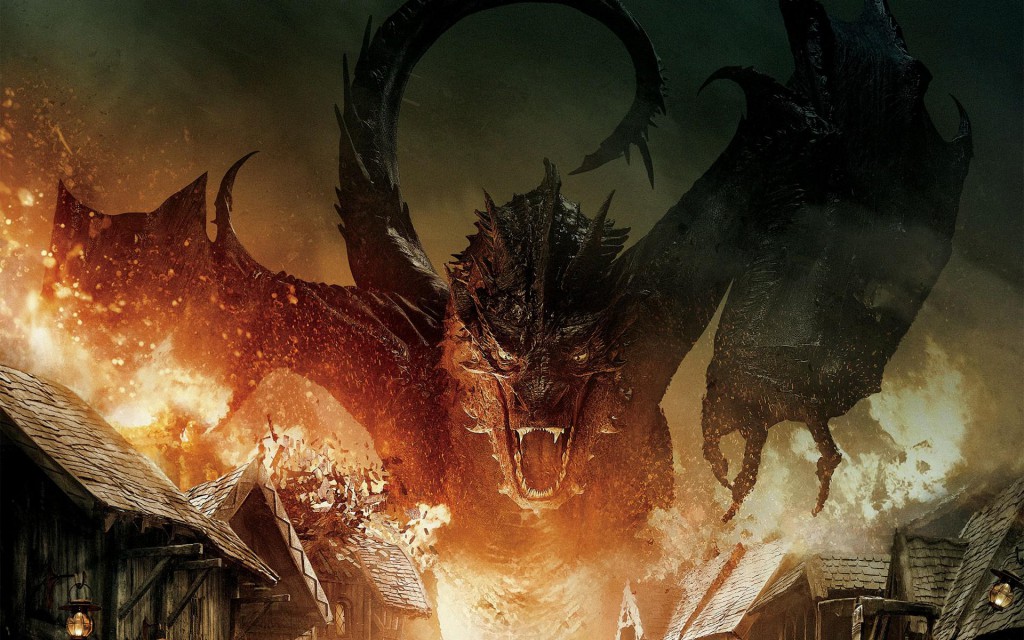 Jackson obviously loves the Tolkien world, having spent so many years devoted to creating his vision of the stories. When you notice obscure references to the lore of the world (or are told about it from the actual Tolkien nerd you happen to have gone to the cinema with), you can see that Jackson is protective of and reverent with the source material when it comes to his adaptions. This passion when it comes to adaptations is incredibly important – something I wish was seen more in filmmakers adapting from books. But with all that passion, Jackson has still made some serious faux pas in his films, is it really a surprise that the Tolkien estate is putting up roadblocks for any more potential adaptations?

My first gripe with The Hobbit adaptations is that Jackson turned a short book into a lumbering trilogy. At most, the story could have been stretched to two films, but three was just too much. For the final installment, The Battle of the Five Armies, there is barely any plot left – it is all climax. From the opening credits there is death and destruction, whether it be at the hands of dragons, dwarves, elves, orcs, or other strange creatures, everyone is basically out to kill everyone else. From each intense piece of action we have brief respites of quiet. But Jackson is seemingly worried we’ll get a little bored, so not too much of the talking or character development is ever allowed between yet more battles. And watching battles (especially full of so much awful CGI) is not terribly interesting. 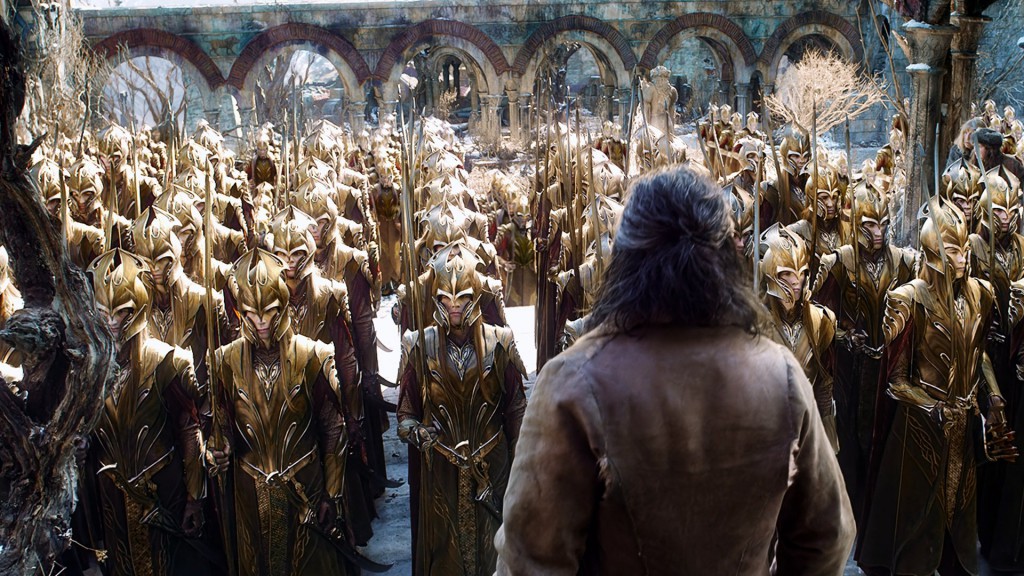 When the characters are given the screen time to show a little personality, their behaviours are often either inconsistent or plain baffling. Even the universe lore seems to fly out the window. For instance, little ‘hobbitses’ are not known for their strength, they are also, you know, little. And yet, Bilbo (Martin Freeman) throws a few small rocks and brings down half a dozen orcs. If orcs are so easy to overcome, why do they instil such fear? Instead of giving Thorin a cheesy theme song that plays every time he is on screen, they instead give him an almost slo-mo shot with some kind of glowing light behind him and wind machines blowing his beautiful long tresses.

It also starts to feel like a Dickensian version of fantasy – where coincidence after coincidence builds to a completely unrealistic story. You might wish to pull me up here and say, ‘this is fantasy not realism’, but I’m talking about being realistic within the fantasy world. Adding an additional dozen dwarves to the fight is not suddenly going to sway the outcome of a battle, nor can two dwarves – no matter how good at fighting they are – take out 100 goblin mercenaries on their own. And if having the Eagles automatically saves them or wins them the battle EVERY TIME, why don’t they just keep them around? They would never have had to go through all this. 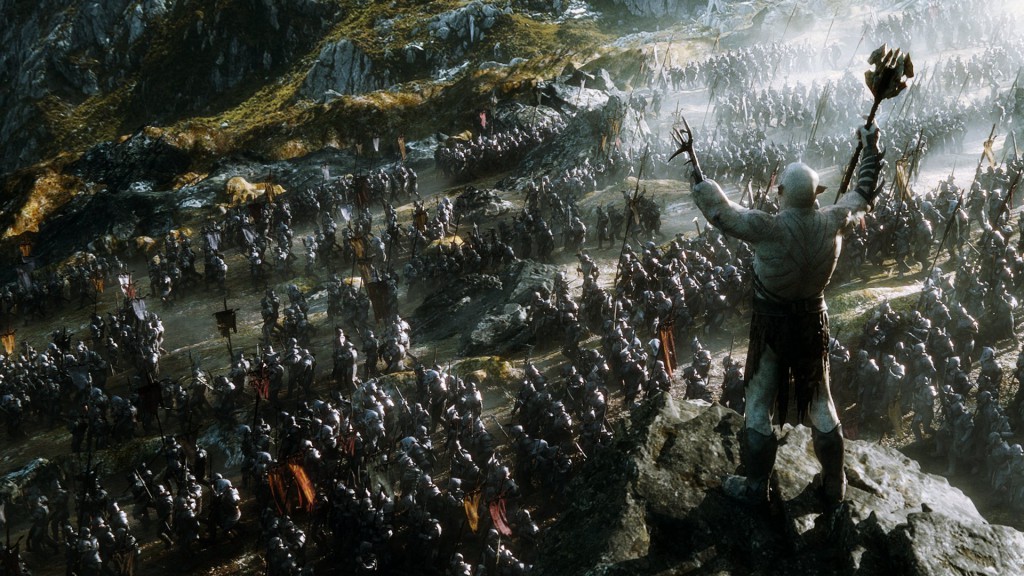 While the film has many, many flaws, with all the action it actually runs along at a fast pace. Where the previous installments were bloated to the point of boredom for the viewer, The Battle of the Five Armies is still certainly bloated, but manages to still be fun.

Verdict: A disappointing end to a disappointing series of films. If you love The Hobbit and all things Tolkien, undoubtedly you will enjoy this. Best bit – Lee Pace being a sarcastic, smarmy elven bastard.

Previous: ’Tis the season for playing board games
Next: Veronica Mars and The Thousand Dollar Tan Line