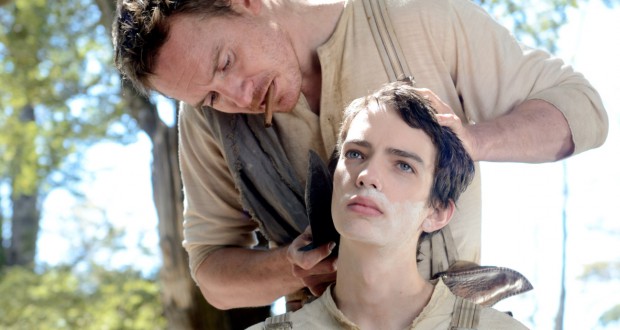 Slow West is a film I went to see with some enthusiasm. The first major feature of filmmaker John MacClean, it won a prize at the Sundance Film Festival, it occupies that heady position of being an independent western and has fierce casting credentials with Ben Mendelsohn and Michael Fassbender (also the film’s executive producer) starring. Despite all this, the film never came together and I left the cinema disappointed.

The precise direction and editing is reminiscent of the Coen brothers 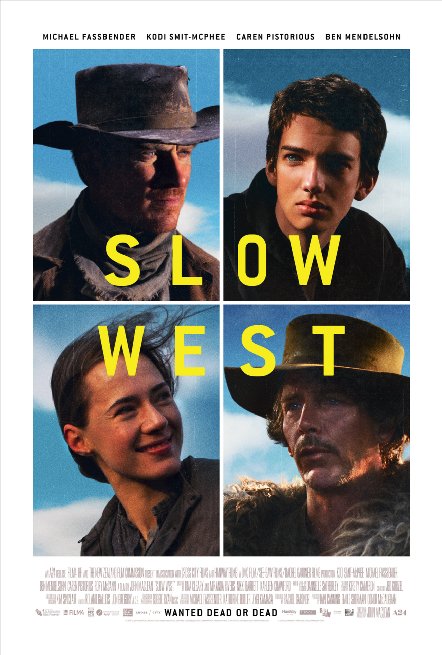 The film is certainly not without merit and it would be misleading to say I hated my time with it. MacClean has a very good eye for composition: it is a masterfully shot film that juggles well the too main vistas of the classic western – the landscape and the grizzled complexions of the protagonists’ faces. The precise direction and editing is reminiscent of the Coen brothers but I certainly wouldn’t call it derivative. The direction is characterful and distinct even if it does have clear inspiration.

There is some nice playing with genre convention too. Being a western, we of course have to build towards the big gunfight. But we end up with our two main characters, Jay (The Road’s Kodie Smit-McPhee) and Silas (Michael Fassbender), entering completely unarmed. There are confrontations with Native Americans that shows each side not engaged in some era defining kulturkampf but nervously and cluelessly colliding with each other (not that the results can be relied upon to end any better). 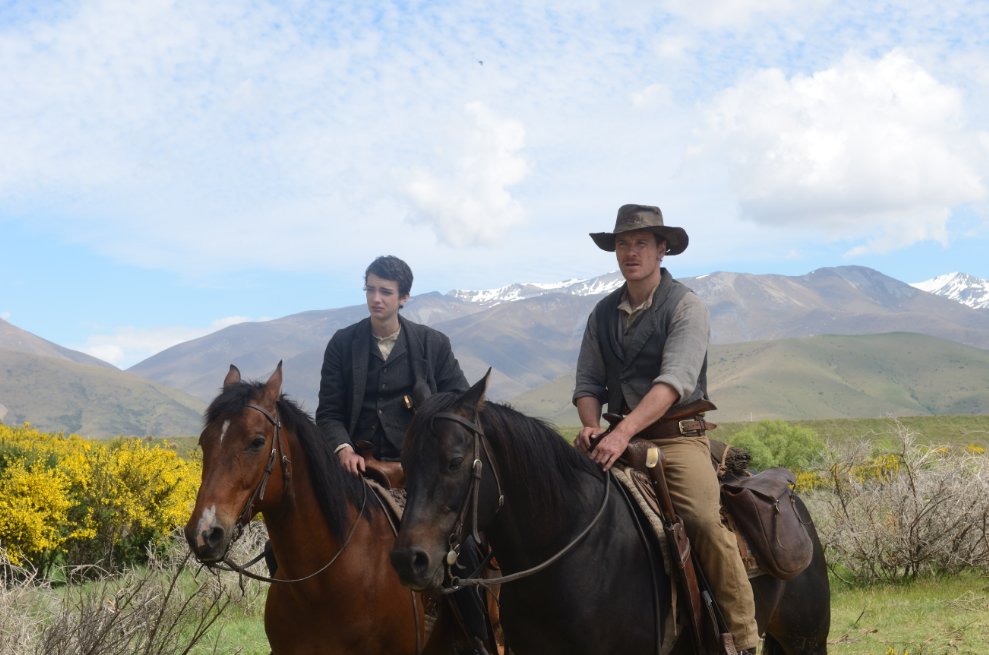 On top of this, MacClean has a firm grasp of visual story-telling. This strength is particularly seen with his employment of dark comedy. The film is hardly slapstick but there is a morbid sense of humour that often emerges in physical comedy and it is Slow West’s most rewarding facet. The balancing of melancholia and laughter is a tricky act but MacClean obviously has the nuance to pull it off.

Gaping plot hole in the premise 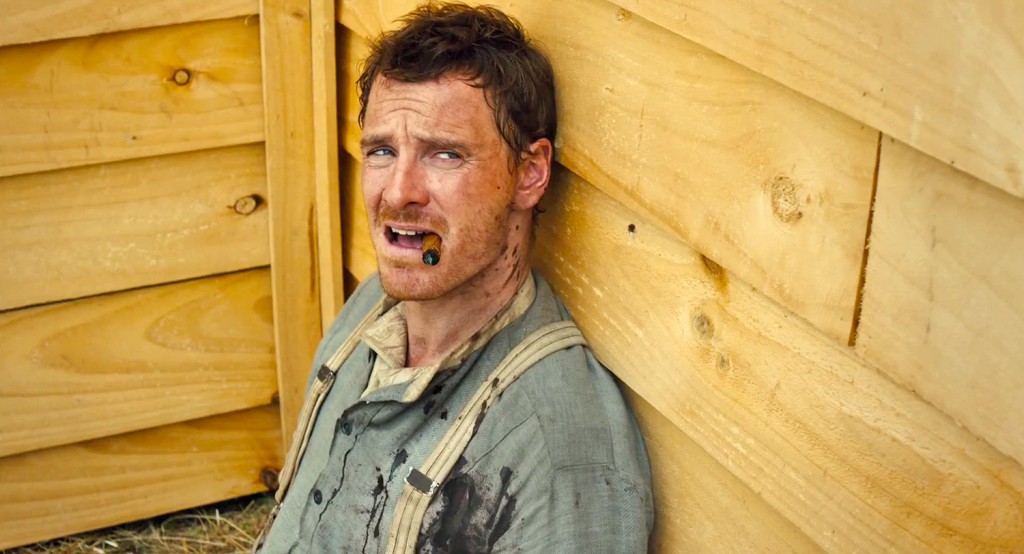 Why then did I leave disappointed? Because there is a lot wrong here too. It’s a combination of both major and minor factors. The gaping plot hole in the premise is pretty major. Jay Cavendish has left Scotland to find his love Rose and her father who have fled out West. How he knows where they are when a prairie full of bounty hunters are also seeking them out is never addressed. We know Rose never told him where they were and Jay seems guided by narrative inevitably rather than actual knowledge. Nevertheless, both he and the cowboys seem sure he is going the right way for no apparent reason.

Now, it would be excessive to call the script god awful. Some sections are perfectly functional. But, my word, there are some dud lines. Jay’s character is meant to be wistful and contemplative, sure,  but some of his material reeks of pretension that suffuses the film. Silas in turn has to utter some flaccid lines and the monotonous frequency with which he derisively ends every other sentence with ‘kid’ quickly becomes irritating. Mendelsohn’s Payne remains largely silent, to his credit.

An embarrassment of flaws when it comes to the script 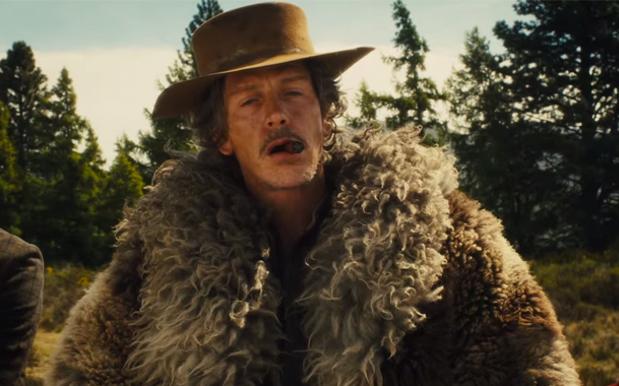 There is regrettably an embarrassment of flaws when it comes to the script. Though I earlier praised the visual story-telling, the narrative overall is not handled with such grace. Things start poorly with a clichéd voice over from Fassbender, which grated but I initially dismissed. When it became apparent that this voice over would chip in with its by turns pretentious and perfunctory comments, I despaired. The self-evident is explained and features that could have been left with a pleasing air of mystery are made banally explicit: what is Payne and Silas’ link…? Oh, they used to be in the same gang. Dull.

And so many of the dialogue exchanges, particularly those that seek to illuminate the past or mark progress, are stultifyingly weak. MacClean attempts to circumvent the awfulness of Jay’s recounting his past by Silas saying he doesn’t want to hear it. As with any measure that draws attention to rather than corrects (or at least cleverly deconstructs) a problem, it offers no rescue.

Few of the characters rise above stereotype 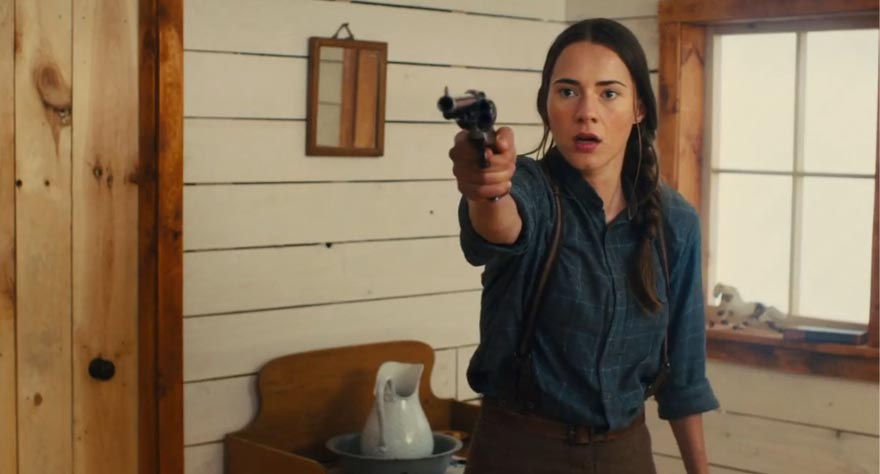 Some aspects are just altogether baffling. Why does Silas deliver a terrible piece of exposition that this upcoming forest is labyrinthine and haunted if neither of the aspects comes into play? Why introduce such a dated and hoaky concept in the first place? Many of the elements fall under that banner: hoaky. Few of the characters rise above stereotype, and I am certainly surprised to say that with actors of Fassbender and Mendelsohn’s calibre about.

Slow West has its charms and there is no doubt it does some things well. But the problems it has are deeply ingrained and really pull apart the film as a cohesive entity. At best you get a series of good moments strung together with rather shoddy transitions. MacClean knows how to shoot a scene but the film struggles to dispel the feeling of being a vanity piece for Fassbender.

Previous: Minions: On a quest to find the biggest, baddest villain they can
Next: Way Down Dark by James Smythe