Home / Books / The Long Way to a Small, Angry Planet: Do not judge other species by your own social norms 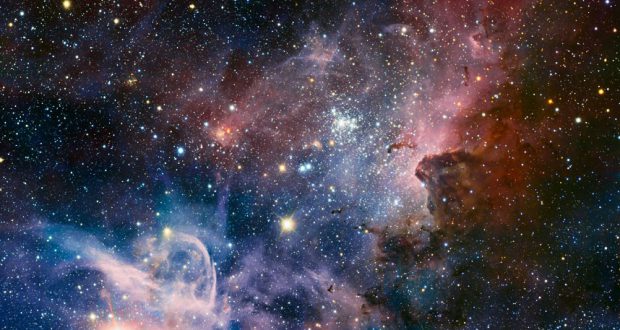 The Long Way to a Small, Angry Planet is damn fun.While Becky Chambers’ debut might not have the most polished prose or general technical skill that an established SF writer, more science fiction novels should err on the side of silly. I love a good pessimistic, dark tale of an author’s imagined what-ifs, but sometimes you need an enjoyable yarn with heart and humour. That’s what you get in spades with this book.

‘That’s such an incredibly organic bias, the idea that your squishy physical existence is some sort of pinnacle that all programs aspire to.’ 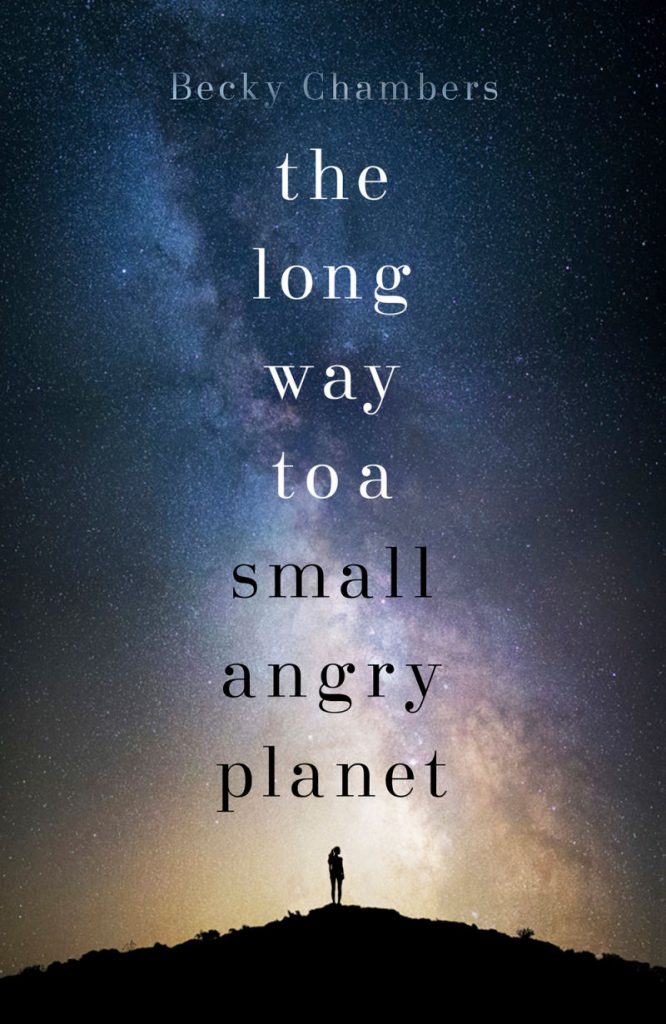 The novel follows the adventures of a small crew (captain, pilot, navigator, scientist, two techs, and an administrator) of tunnelers. They punch through space to create gateways, making travel over long distances an almost instantaneous affair. We are introduced to the team through the eyes of Rosemary, a privileged Martian woman escaping from her deadbeat family into deep space. As she settles into her new role, the crew of the Wayfarer take on the biggest job they have ever done.

‘How else could you explain a sapient species that had overpopulated itself to the point of environmental collapse? This was a people that had coupled themselves stupid.’

Interpersonal relationships are the core of the novel, with the wider political situation providing a backdrop only. This certainly helps Chambers avoid many of the exposition-heavy set-pieces that many science fiction stories have. Instead of giving us lengthy lectures on the structure of intergalactic society and the different kinds of species and cultures at play, we experience them on a more personal level. Even the politics is viewed through the lens of the crew’s job, so the information always relates back to the characters in interesting ways. 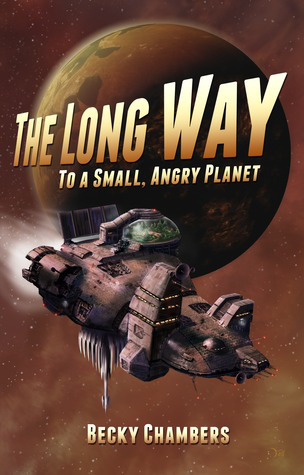 The piece I liked best was the thorough development of the different species and their cultures that weren’t generalisations about an entire species. Certainly, generalisations are made (they have to be, really, when describing large populations), but they are linked to culture rather than race/species. And even within these vastly different cultures, there is emphasis given to the nature of choice. When it comes down to it, choosing to follow the life path expected in your culture is a personal choice, not a necessity.

‘Acting all sanctimonious while spouting bad info was a terrible way to win a debate, but a great way to piss people off.’

Detractors of the novel have complained of its Whedonesque teen speak. I didn’t find this terribly irritating, as it tended to be used in dialogue in ways that made sense for those characters. My issues were more along the lines of unnecessary and inelegant info dumps and repetitive phrases popping up – not the perceived ‘teenage-ness’ of the language. Though admittedly, if we could ever pin down exactly what it is that makes a novel ‘literary’, I doubt The Long Way to a Small, Angry Planet would pass said test. 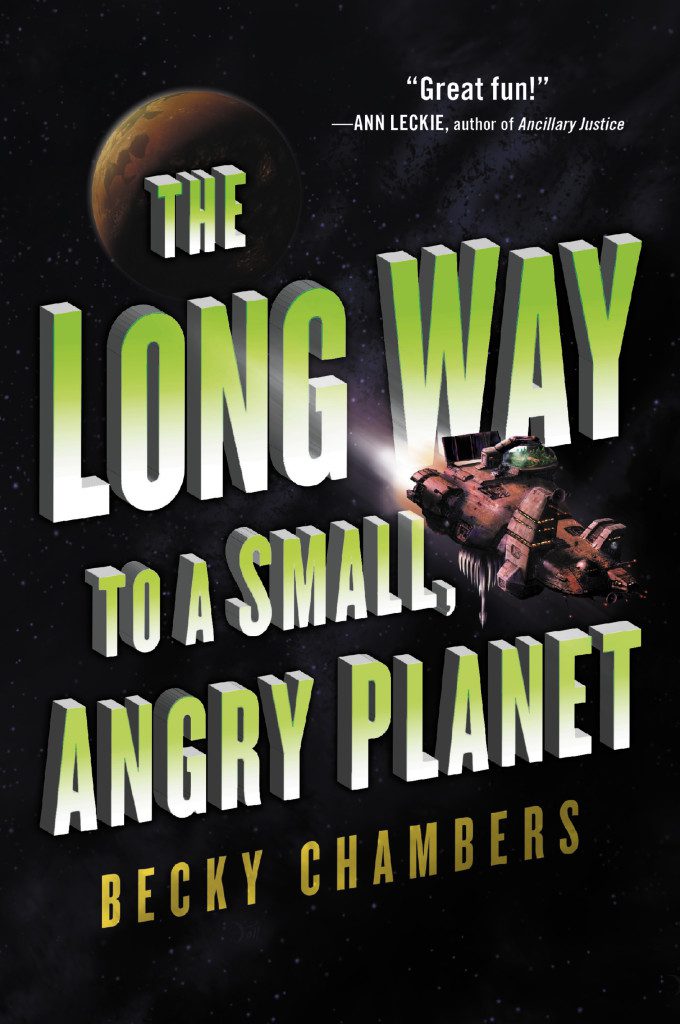 The similarities to Firefly are glaringly obvious. Even the structure of the book feels more meandering and episodic than novels tend to be and more along the lines of a TV show developing a long arc over the course of 10-20 episodes. For the most part, I found this acceptable. The characters were more than enough to keep me interested and I found myself flying through the book. Unfortunately, the climax the novel feels it is building towards peters out in a fairly unsatisfactory way, again feeling more like a mid-season conclusion than the end. I wanted more – bigger, darker, and with more serious consequences. Perhaps this will happen in a sequel?

‘The idea that a loss of potential was somehow worse than a loss of achievement and knowledge was something she had never been able to wrap her brain around.’

The characters in The Long Way to a Small, Angry Planet are not particularly original. We’ve seen them before in plenty of space action adventure tales. There’s nothing especially new about the plot or the ideas floated about the future of humanity amongst alien species. None of that matters, though. Chambers’ novel is a fun read. Sit back, relax, and enjoy getting to know the crew of the Wayfarer. I did.

Previous: War Dogs: Welcome to Dick Cheney’s America!
Next: The Red Shoes: Finding the fantastical in the mundane