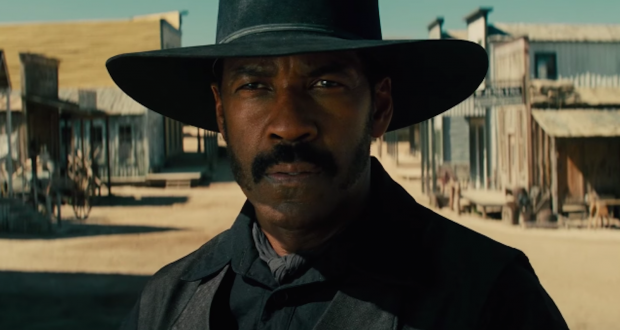 I love Westerns. I love the bleakness, the dirt, gruff cowboys, and the acknowledgement that no matter what the cause, no death comes with glory.

Remakes are always going to be tricky. Hollywood seems to think they are a safe bet, but I feel that the recent flooding of appalling remakes (Total Recall, for instance) might give them other ideas. But then again, there was True Grit, and that was fantastic. The Magnificent Seven is no True Grit. I’m not sure the creative team behind this film have even seen any Westerns, especially not the 1960 film of the same name (itself a retelling of Kurosawa’s Seven Samarai, though at least back then they translated a film from one culture and historical context to another rather than simply doing a remake). This film brings its own personality to the original story, being full of witty quips and shoot-em-up action sequences. What makes the 1960 film so brilliant isthe philosophical reflection on life as a hired gun, the commentary on the struggles of common villagers, and societal prejudices (racism, fear of rape, etc) woven into it. In the latest version, all this is entirely missing. 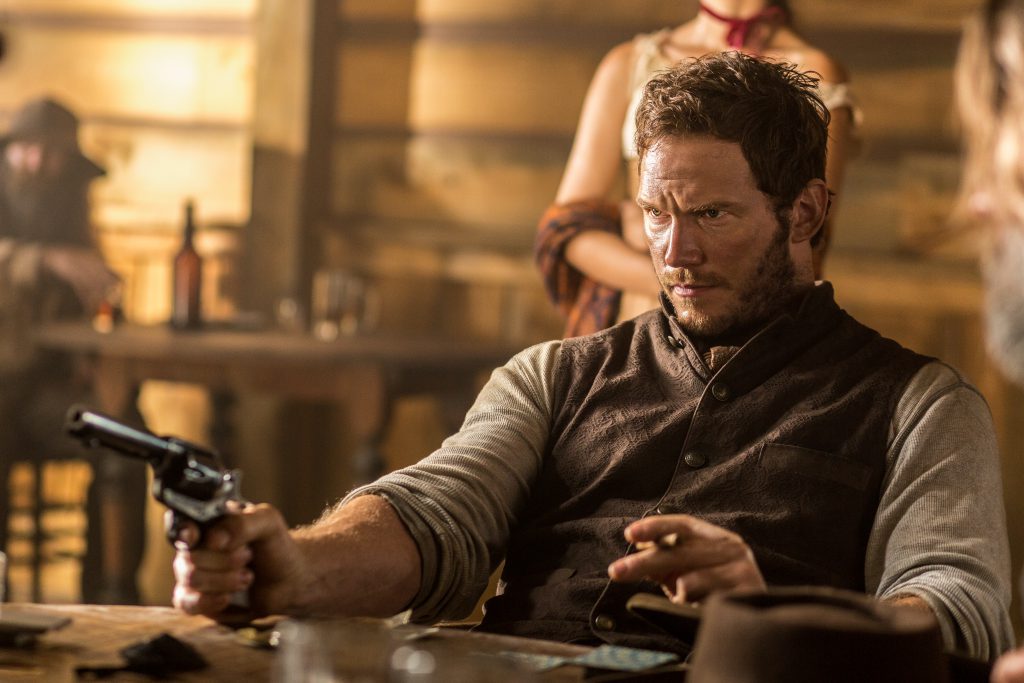 The basic premise of the tale remains the same: a town requires the help of seven hired guns in order to protect them from an evil businessman. You’ll note that this time, it is a small town in California, as opposed to a Mexican farming village, and that they require protecting from big business taking their homes for the bottom line. This might have been an inspired shift, relating it back to our current social climate and the prominence of big business, but it is wasted. Nothing comes of this other than a typically well-delivered performance from Peter Sarsgaard. Instead of telling the stories of different groups (bandits, hired guns, villagers) all trying to make a living, we have a clichéd villain with no other motivation than money. Even the motivation for the town to seek help is changed from potential starvation to retribution. It might be an easier concept for inattentive audiences to grasp, but where’s the depth?! And don’t get me started on the idiotic plan that no longer relies on surprise but brute force and dynamite…

Our titular seven are also very different from their 56-year-old predecessors. In fact, other than one of them having PTSD (which, of course, is used in this one to have an OTT dramatic Han Solo moment of reentering the fray just when you thought he really had left them all for dead) and one introduced during a betting duel, there’s little comparison at all. Given how the element of being a gun for hire is downplayed throughout, each of the gunslingers’ motivations are paper thin. Worse than that, there is never any real indication given as to how much they are being paid or if it is actually fair. All the performances are adequate, no one is dead weight, but likewise, no one is a shining revelation (I also have to wonder at the artistic decision behind Vincent D’Onofrio’s bizarre accent/voice in the film, but hey, it’s Vincent D’Onofrio, that dude could be naked doing a handstand on top of a mountain of cocaine and I’d still think it was the best shit ever). 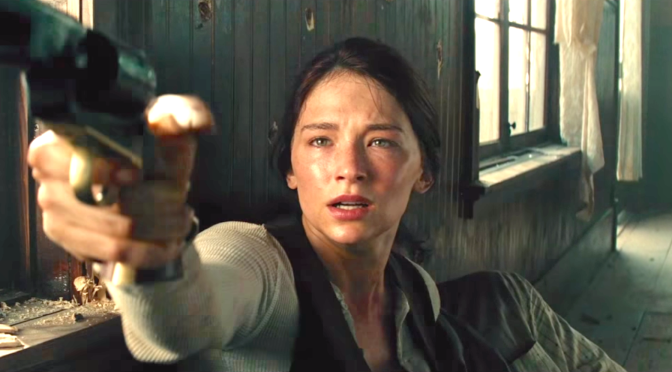 The film’s direction is pedestrian. It is slick and solid but never beautiful. Several shots peppered throughout have a strange blue-screen look to them, where it feels like the film was perhaps rushed through post-production. But my biggest nitpick was with the costumes. Yes, I know, The Magnificent Seven is hardly putting itself out there as some historically accurate masterpiece, but they could have at least tried to make the costumes look less Topshop and more 19th Century. On the big screen, these inaccuracies are blindingly obvious, with modern synthetic fibres and stitching that would not have been available at the time. And what in the hell was Denzel wearing? Damn! I want a waistcoat that nice, and I’m living in 2016 with a decent job. How the hell did a black warrant collector in 1876 manage to afford that (and keep it so shiny looking)?

Death. Westerns are full of it. But one of the beauties of the genre is the way it shares death equally amongst all. Every death is just as pointless as another. In the original The Magnificent Seven, the deaths of unnamed villagers, bandits, and protagonists are all treated with the same matter-of-fact brutality. Not so with this slick modern remake. For instance, one of our seven gets a close-up and a long, lingering death scene where it takes multiple arrow shots to take him down (despite dozens haven been taken out with only one already). None of them die unceremoniously. Each has their revelation, their selfless deed… What should we take away from this? 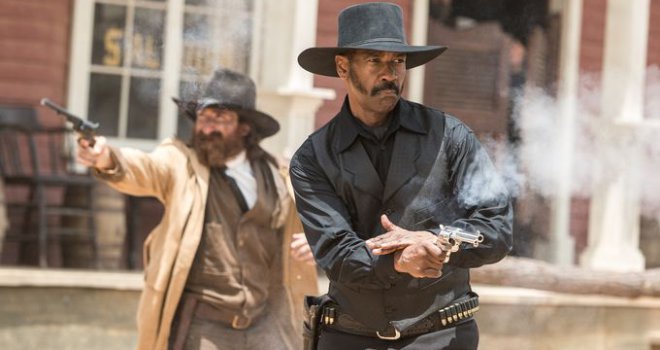 If I try to view the film as a separate entity in its own right, it still fails to do justice to the Western as a genre. However, as a slick Hollywood action film, it was solid enough. They should have added more quips and gone for a comedy angle, then perhaps the moustache-twirling villain and ham-fisted heartstring pulling would have felt less insulting.

Verdict: If all you want is guns and explosions, this film is not bad. If you want a Western or something even close to resembling the cleverness of the 1960 classic, just buy the remastered Blu-Ray and have a good night in.

Previous: Wynonna Earp: This Earp is nobody’s victim!
Next: Netflix’s Easy: Does TV work as a series of vignettes?