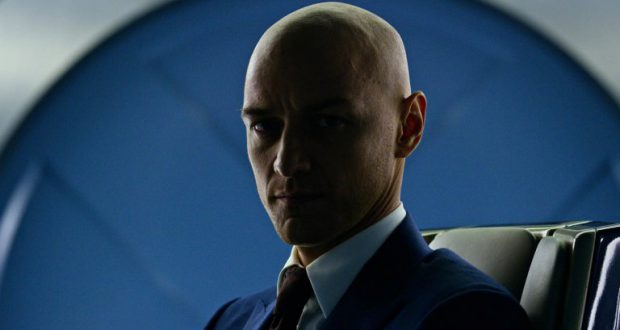 The Pattern of Baldness

Among the many baffling decisions taken in the lacklustre X-Men: Apocalypse, the audience was treated to the great revelation about Charles Xavier’s baldness. Rather than his hair simply thinning and receding with time, providing a realistic transition from James McAvoy’s full locks to Patrick Stewart’s shiny dome, it transpires that Xavier’s hair was gruesomely melted off by Apocalypse’s consciousness-transfer machine at the film’s finale.

Silliness aside, this highlights a trend in certain genres of film and TV to treat baldness as a freakish occurrence rather than a pretty frequent condition in men. Science fiction and comic book adaptations are the principal perpetrators here, and I have been mulling over why this is. With their paranormal and futuristic content, baldness is often rendered as some otherworldly trauma with an elaborate cause behind it, though this hardly explains the reason behind it. But the media we consume with fantastic settings is rife with such examples. 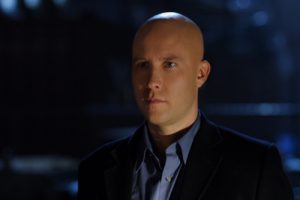 Lex Luthor is an ur-example with his comic book baldness explained in numerous ways according to source and adaptation. Sticking to the TV versions, John Shea’s version in Lois and Clark was notable for his full head of hair for the majority of the series… until he was killed and brought back from the dead, the reanimation process making him go bald and further fuelling his hatred of the Man of Steel. In Smallville, the origins of Clark and Lex’s scalp dovetail: the meteor shower that heralded Kal-El’s arrival also cost a young Lex his hair. They were doomed to become enemies from the start. Curse your virile bountiful hair when you cost me mine, Superman!

Patrick Stewart is by no means a newcomer to this ridiculous treatment as X-Men: Apocalypse is the second time a younger cast version of himself as been ravaged by the curse of paranormal baldness.Fans of Star Trek: The Next Generation will know the little asides scattered throughout the series about Picard’s hairline – not least the episode where a long-lost son announces himself to the Captain and is informed nonchalantly what his follicles have in store for him. But back in the episode Tapestry we see a young Picard in all his youthful vigour with a full-head of hair. This aligns perfectly with the receded corona of hair Stewart himself retained from his earliest days on the show which took place several in-universe decades later. But then came Tom Hardy…

The last miserable hurrah for the otherwise worthy series was the box office bomb Star Trek: Nemesis. In it, Picard is faced by a younger clone version of himself played by Tom Hardy. Now the fact that this clone also happens to be bald could be easily explained away by circumstance. His scalp withered away in the harsh environment of the Reman mines, or some such. What is nonsensical is the picture now inserted onto Picard’s desk of his younger self at Starfleet Academy, played by Hardy again, complete with hairless dome.

The rationale here is that the audience are idiots. How could they possibly find the continuity between two actors playing the same character at different ages unless they were both bald. Picard must suffer from alopecia (except for his eyebrows and remnants of his crown) or else have always shaved his head. Do the filmmakers presume that the audience is unaware of male pattern baldness? My theory is that they simply believe that audiences have a distaste for baldness and it must be excused or justified by some inane reason which science fiction and fantastic settings can more easily accommodate.

Mainstream media is obsessed with presenting the ideal self. It cossets us that we should identify with beautiful functional people and it regurgitates normative models of attractive body types. Baldness tends not to fit with this. It symbolises aging, and decay, and you can’t purchase hair care products advertised in the breaks if you are bald. That is the source of the ever constant contrast between the pinnacle of male endeavour having hair, and the despicable conniving male villain being bald: his barren head represents his barren moral character. 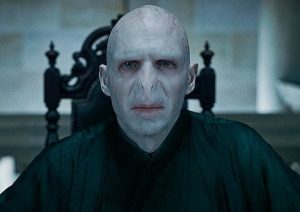 More than any other genres, fantasy and science fiction (however we want to classify comic books too) can better accommodate this than media gesturing towards normality. Here it is excusable if not perfectly explicable that either the bad people people are bald or else the baldness of a good guy is a grievance. It makes perfect sense that whilst Tom Riddle has a shred of humanity, he has hair, but when he has become Voldemort he’s a hairless freak. The drastic measures Dr Evil takes to outwit Austin Powers are what cost Mr Bigglesworth his hair in a particularly silly twist on the trope. Even something as (relatively) grounded as golden age Simpsons gave us multiple origin stories for Homer’s scalp by virtue of its cartoonishness. Homer’s been identified as having male pattern baldness, hair loss through radiation exposure, tearing his hair out over fear of fatherhood, and even military experimentation.

We can only hope as more criticism is leveled at normative and oppressive ideas of body image, we’ll stop projecting fears of hair loss in our media. At the very least, we can hope that we are spared embarrassingly misjudged scenes like those in the last X-Men film and stop treating receding hairlines as though they were horrific disfigurements. Not that I am going bald of course….

Previous: Ingrained prejudice: How do we change our defaults?
Next: Nostalgic Impulse: The Man Who Fell to Earth