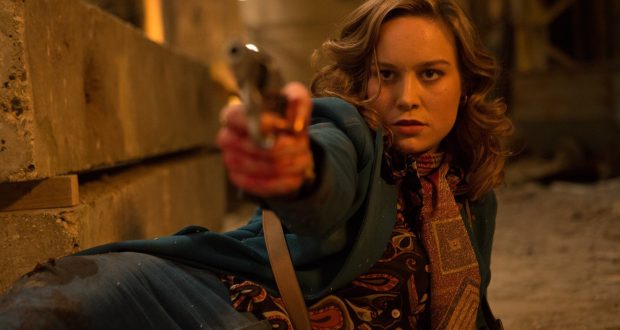 The best thing about Ben Wheatley and Amy Jump is that each of their films is very different. Even if you don’t rate a prior effort of theirs as good, it is guaranteed to offer something unique. They experiment and innovate and are producing some of the best original pieces in an industry obsessed with template franchise fodder. Their latest film is Free Fire and whilst it might not live up to their last film High Rise, I am content that it is an interesting concept film that stands apart from everything else presently in cinemas.

Free Fire is very simple. It’s the 1970s and two IRA hard men are being led to a meet in an abandoned factory to buy some merchandise from a Rhodesian arms dealer. The arms deal goes south and before long both parties, their respective possies, and the intermediaries are darting about between the rubble and machinery trying to shoot holes in each other. And that’s the film. No indulgent Tarantino-esque monologuing and backstory. No sudden elaborations or deviations from the premise. No neat three-act structure. People, in a factory, bleeding to death in the dirt from gunshot wounds.

Be warned if you have issues with gore 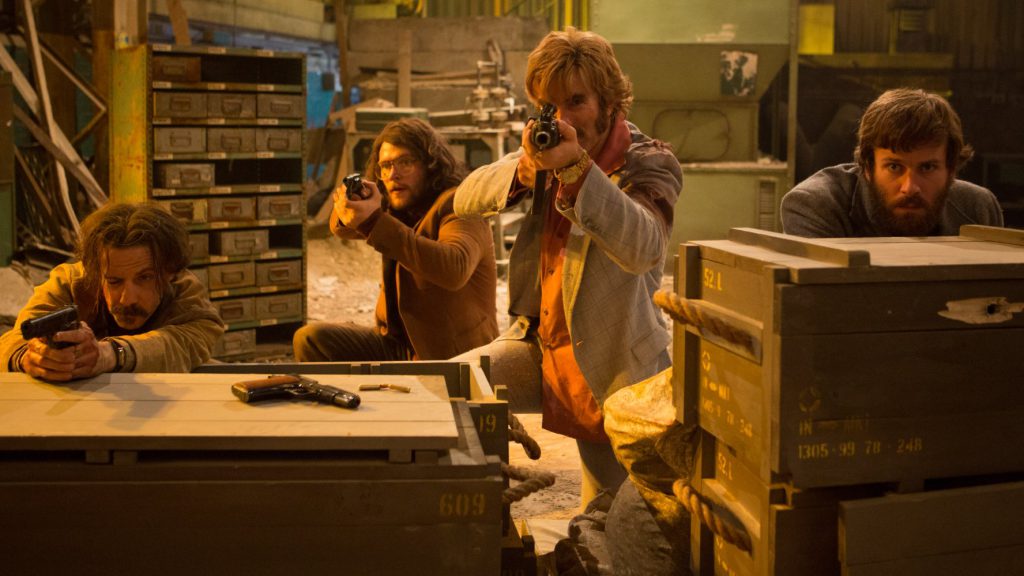 Free Fire will frustrate some. It’s not a frenetic action film but there is a lot of shooting. As the title suggests, this is essentially an open range and the constant blasting away becomes a kind of background noise. The sound design is such that the detonations are meant to be uncomfortably loud. If it’s not your cup of tea, it will become achingly monotonous because the content does not change or develop. There is fundamentally no plot to speak of. It doesn’t even structure the firefight into neat segments. It’s a free-flowing stream of quips, goading, back-chat, swearing, screaming and gunfire.

Wheatley and Jump seem to reject the kind of action film where guns with amenable volume levels fire out meaningless and infinite pellets that arbitrarily kill faceless goons. Here the cast is small enough that you can identify everyone; if they live through this they will definitely have tinnitus; all bullets will be accounted for in their hips, thighs and lung cavities; and they will be on an endless quest to find more clips so they can keep shooting each other. 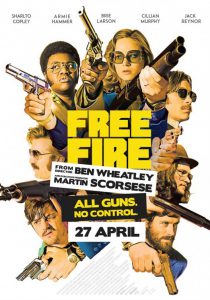 You’ve got to say this for it, Free Fire is focussed. The singular location means that the dimensions and layout of the setting are very important to how this semi-automatic slugfest plays out. This pillar, that pile of rubble, another pile of crates – all are essential to determining who has a potential gunshot on whom. The period setting is played up with the fashion and demeanour of these crooks, and I did take pleasure in seeing their immaculately chosen period-appropriate attire and facial hair get steadily more bloodied and ruined. Everything has consequences in this film. It might not have a story but it has a pleasing degree of narrative conservation and causality that is lacking in the convenient coincidence-driven plots of most blockbusters.

Perhaps more of an oddity or curio than a classic, this is still a much-appreciated concept film for Wheatley and Jump. The cast do well throughout, though I do think I caught Jack Reynor’s accent slipping back into Irish at one point. I’ll laud any film simply for including Michael Smiley who has some great repartee with Armie Hammer, plus Brie Larson does much to recover her reputation after the damage done by Kong: Skull Island. Not complex, not convoluted, but simply well-made.

Verdict: It might not have much breadth but it’s certainly a memorable firefight.

Previous: Ghost in the Shell: Maybe next time you can design me better
Next: Give It A Name: Self-Identification In 2017