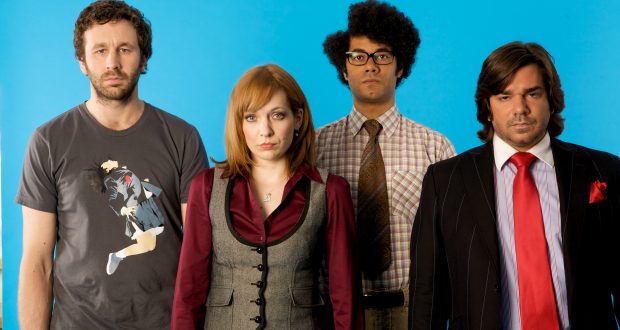 Two IT guys and an attractive woman walk into a bar… she must be a work colleague. Graham Linehan’s The IT Crowd is all about stereotypes. The humour is almost entirely derived from stereotypes of computer geeks as well as computer-illiterate women. For the most part, it works. It is often laugh-out-loud funny, quotable, and memorable. But on occasion, it does fall too much into the stereotypes instead of lampooning them.

The series follows ‘emotionally artistic’ Roy (Chris O’Dowd), awkward Maurice Moss (Richard Ayoade), and computer illiterate Jen (Katherine Parkinson). They make up the IT team of Reynholm Industries under mad boss Denholm (Chris Morris) and even madder Douglas (Matt Berry). Their antics down in the basement office include avoiding work (creating an automatic answering machine with classic IT help lines), thinking up outlandish get-rich schemes (the flaming bra comes immediately to mind), and making every possible bad situation they find themselves in worse.

A sitcom with callbacks

I love a good sitcom, but as a general rule, the genre relies heavily on episodes being whole unto themselves. What is interesting about The It Crowd is the way it calls back to jokes from previous seasons. There are in-jokes that you would only get if you’d watched the show from the beginning – and before the binge watching culture really took hold, you would likely have had to have re-watched it several times to make the connections. These callbacks are like little Easter eggs for the devoted viewer, bonus jokes that you only pick up on if you’ve done your time. 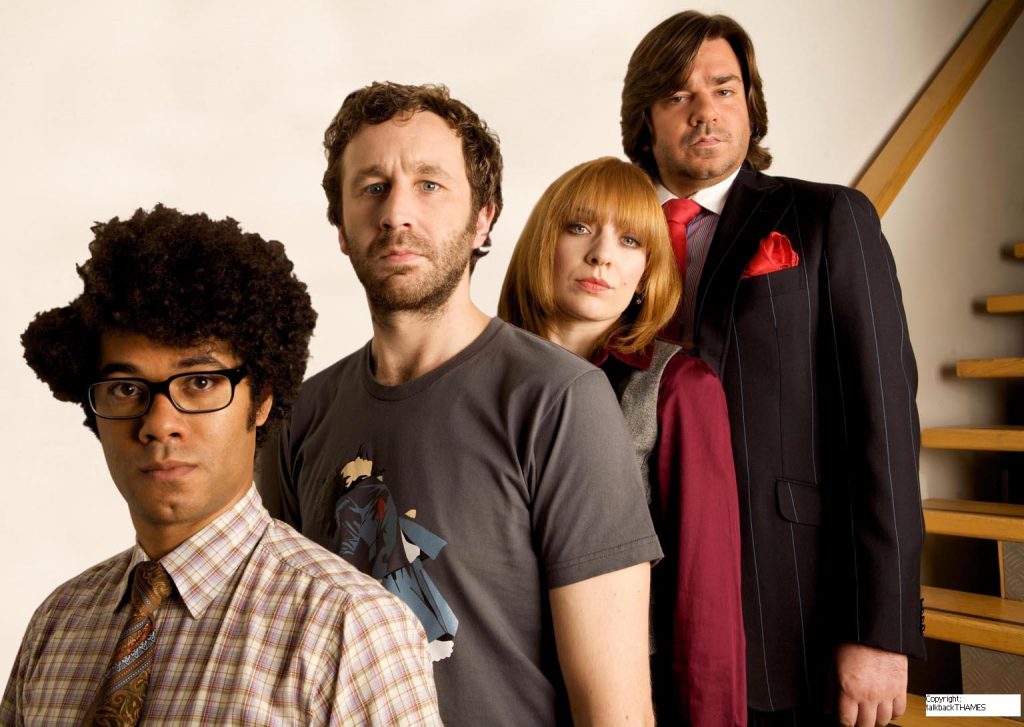 While none of these callbacks are essential for a viewers’ understanding of the episode in question, it’s a nice way to keep up continuity with what has gone before. Sitcoms, to this day, benefit from viewers being able to ‘dip in and out’ and not suffer from this watching practice. These callbacks both allow for the standard sitcom viewing approach as well as creating a series that benefits from binge watching. My only niggle with this is the one thing that is never referenced ever again – Moss and Jen hooking up at the end of season one.

The comedy of terrible people

Have you noticed that a lot of sitcoms feature truly terrible people? And I’m not just talking about the obvious ones like It’s Always Sunny in Philadelphia or Seinfeld, but even shows like Cheers. For a sitcom to work the characters need to get themselves into ridiculous situations and it is much easier to achieve with ridiculous and unpleasant people. Sure, some of them might be endearing in their awfulness, but they are awful nonetheless. The same applies for the characters of The IT Crowd – they are terrible people. Even Moss. 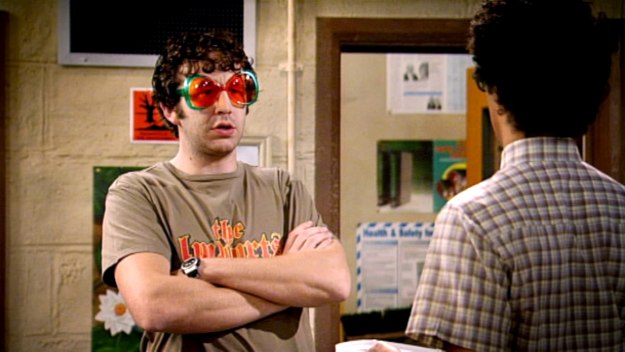 While lampooning stereotypes is great fodder for comedy, it can also be a problematic one. For the most part, The IT Crowd avoids the more heinous problems that the similarly themed The Big Bang Theory suffers from. But on occasion, the misogyny does rear its ugly head (yes, and this is despite the jokes directly referencing this, for instance, in ‘The Internet is Coming’), and that Roy and Moss never manage to subvert the IT geek stereotype is disappointing. Roy, for instance, holds almost everyone in the world in contempt, and not just those who call for IT help (‘Have you tried turning it off and on again?’). 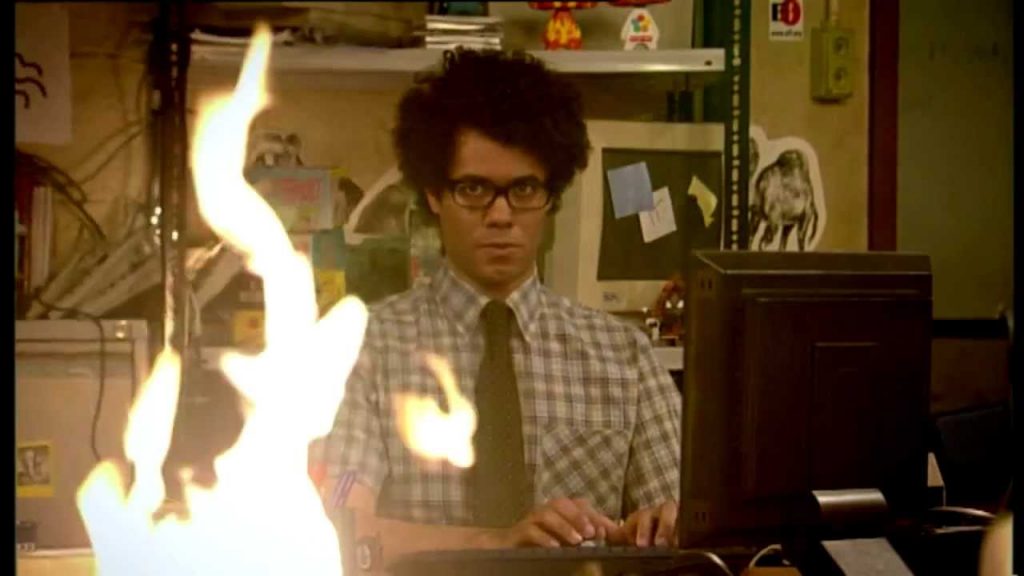 It shows a certain lack of imagination that Linehan was unable to overcome some of the more obvious low-hanging comedic fruit, especially when it comes to the show’s treatment of women. The only woman in the main cast is an airhead with no idea about anything IT related, often acts vindictively towards any other women who come on the scene, and is obsessed with appearances over all else. When other women do show up, it is either in service to Douglas’ poor view of women, to give Jen someone to throw vitriol at, or to make fun of the boys’ social awkwardness. While the jokes in and of themselves are funny, is it really so much to ask to see a woman play against type? There’s plenty of scope for comedy outside of the stereotypes, so it would have been nice to see that explored too.

The IT Crowd is a highly consumable British sitcom that lends itself well to binge watching. While the episodes are somewhat variable in quality and there are a few issues with stereotypes, the overall effect is enjoyable hilarity.

The IT Crowd is currently streaming on Netflix.

Previous: Judge Anderson: Year One
Next: It: You’ll float too