Home / Film / Bill Murray to appear in the Ghostbusters reboot 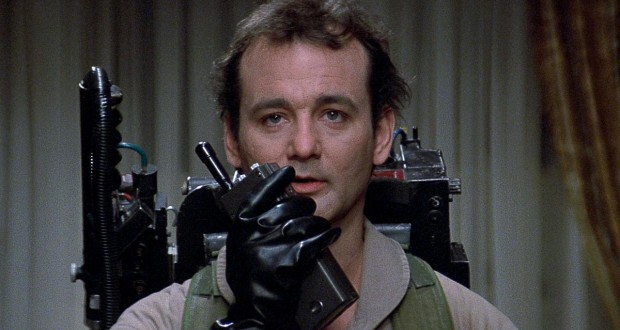 While having been hesitant to appear in the proposed Ghostbusters 3 after the sequel in the franchise didn’t meet critical expectations (and a supposedly weak script), Murray has said yes to Feig’s all-female reboot. And why wouldn’t he? A cameo is far safer, after all, and given his charisma, there’s plenty of potential for him to steal the show. Besides, how could Feig and McCarthy go wrong with this one?

In the original films, Murray played Dr Peter Venkman, charmer and rascal. By far my favourite of the team – apart from Rick Moranis’s Louis Tully (it’s a whole thing, weird childhood crush…). Given this is a total reboot, Murray’s original character is out, making way for something entirely new. It is being reported that Murray will be playing one Martin Heiss:

Martin Heiss is a professional supernatural debunker, a sort of an Amazing Randi type, who shows up and ‘proves’ the new Ghostbusters are fakes.

Murray has been an enormous supported of the female franchise reboot, even giving us his ideal cast (including Melissa McCarthy, Emma Stone, Kristen Wiig, and Linda Cardellini).Given that two of his suggestions ended up on the final roster, Murray clearly knows what’s what when it comes to the world of Ghostbusters.

Previous: Fantastic Four: You can’t fix this. No one can.
Next: Binge Watching: Wet Hot American Summer