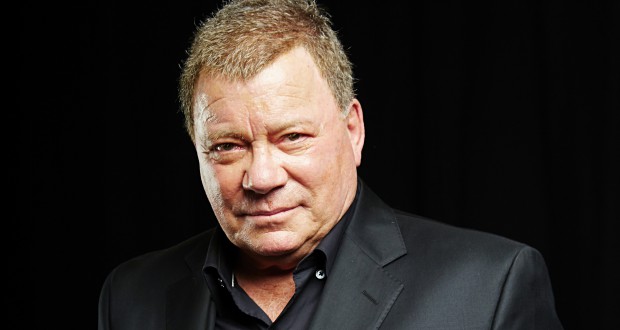 Who doesn’t love a bit of William Shatner? If you are sitting there scoffing at my love for this Octogenarian, I have a home truth to share – you have terrible taste and all your friends agree with me. Fact. Shatner is brilliant. From his trademark delivery style to his genius comedic timing, time after time he delivers the goods. If you feel like you’ve been missing out on everything Shatner here’s a list to help you get your Shatner on…

Even though I knew Picard first, Kirk will forever be my favourite Captain. Sure, if Star Trek were the actual real world I might feel safer with a more earnest, responsible Captain at the helm, but let’s face it, who would you have the most fun with? Kirk leads his crew on grand adventures you could never experience with any other Captain.

Original Series Star Trek is completely camp. That’s why we love it. While it often tackles serious issues, it never takes itself too seriously. Kirk is the ultimate playboy and manages to only find the aliens with the available hot women – how does he do that?! And fear not, if there’s a fight to be had, Kirk will run in head first that will inevitably involve ripping open his shirt (carefully only just above his girdle). And Kirk’s angry face?! Is there anything better… ever?

If Kirk was ridiculous, I have no comparison extravagant enough to encompass how much MORE over the top Denny Crane was. If he wasn’t shooting clients to get out of representing them, blaming bad behaviour on ‘mad cow’, attempting to sleep with a wooden-legged woman, or simply walking into a room to announce his name, you could find Denny having a cigar and a drink with his best friend in the world: Alan Shore (James Spader, another total badass).

Boston Legal is another show from TV-legal genius David E Kelley. After the success of Ally McBeal (the epitome of everything neurotic), Kelley moved onto a more serious show, The Practice. But before long the call of the ludicrous was too strong and Boston Legal was born. A spin-off far superior from it’s parent series (in my opinion, though it’s true the quality goes on ups and downs, as the show writers try out almost any whim they had). If you haven’t seen Boston Legal I recommend you rectify the situation as soon as humanly possible.

You hear the one about the fella who died, went to the pearly gates? St. Peter let him in. Sees a guy in a suit making a closing argument. Says, “Who’s that?” St. Peter says, “Oh, that’s God. Thinks he’s Denny Crane.”

4) Music, especially Has Been

His theatrical delivery has been used for music and spoken word performances for many years. Shatner’s performance of ‘Rocket Man’ in 1978 at the Science Fiction Film Awards, slowly dragging on a cigarette, continues to remain an iconic moment for SF fans and music fans alike.

But it wasn’t until Shatner teamed up with Ben Folds to produce his second album Has Been (2004) that audiences truly began to appreciate his musical genius. From the brilliant cover (and better than the original, in my opinion) of Pulp’s ‘Common People’, to his duet with comedian Henry Rollins on ‘I Can’t Get Behind That’, to his tongue in cheek take on past glories and title track of the album, Shatner created one of my favourite albums of all time.

A number of years ago I remember hearing Shatner on a radio interview making jokes about wanting to do the voice for a SatNav system, and call it ‘ShatNav’. Honestly, I didn’t see how that was such a funny joke – I wanted it to be real. Who wouldn’t? Well, Shatner has since made that dream almost a reality – but potentially made it even better.

Shatoetry is an app available on all the major OS’s. It has thousands of words recorded by Shatner himself so that users can create there own poetry and have Shatner speak it to him. Make Shatner say anything you want him to! Now that you know this app exists, why are you even still reading this? Download it and Shatoetize your world!!!! What are you waiting for?! 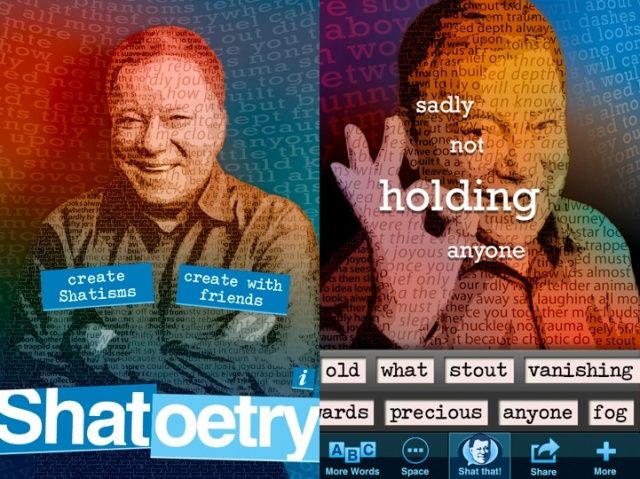 You think you know William Shatner? Really? He’s not just an actor and epic spoken word artist, he’s also the creator of popular SF series TekWar. He created the premise for the series and had it ghostwritten by established SF writer Ron Goulart. Since the success of the novel series, Shatner also starred in and produced a TV series (and TV films) along with several comics and a video game.

I love an actor who doesn’t take himself/herself too seriously, something that Shatner has made into an art form. From taking fictional roles that send-up his personality in films like Miss Congeniality and Fanboys, he has also made fun of himself as part of the documentary How William Shatner Changed the World (well worth watching if you are at all a tech and Star Trek geek), pulling a prank on the entire town of Riverside Iowa in Invasion Iowa, and his ability to look at his flaws as well as celebrate his achievements in his entertaining autobiography, Shatner never shies away from taking the piss out of himself.

The 80s really were a magical time. And 80s TV delivered up some of the most classic, outrageously hammy shows of all time. T.J. Hooker is at the top of any such list. For a detective who gives up his cushy job to be a plain clothes beat cop to be where he’s ‘really needed’, the man manages to get into so many epic scrapes it sometimes feels more like he’s part of some bizarre agency more befitting MacGyver. And how many man vs car (and other large machines) fights can one police officer get into?!

Before all the Compare the Markets and Go Compares and TripAdvisors and so on that littler the Internet these days, convincing everyone they have the best deals available, there was Priceline. They were one of the first companies to really get what the Internet could do for consumers and Shatner came on board at the ground level. He’s been the face and voice of the company since it began and his ads with them have become almost as iconic as his TV and film roles.

Canada has given us many wonderful talents over the years, such as Nathan Fillion, Tegan and Sara, Bryan Adams, and Joshua Jackson. But is there a better Canadian export than Montreal-raised Shatner? 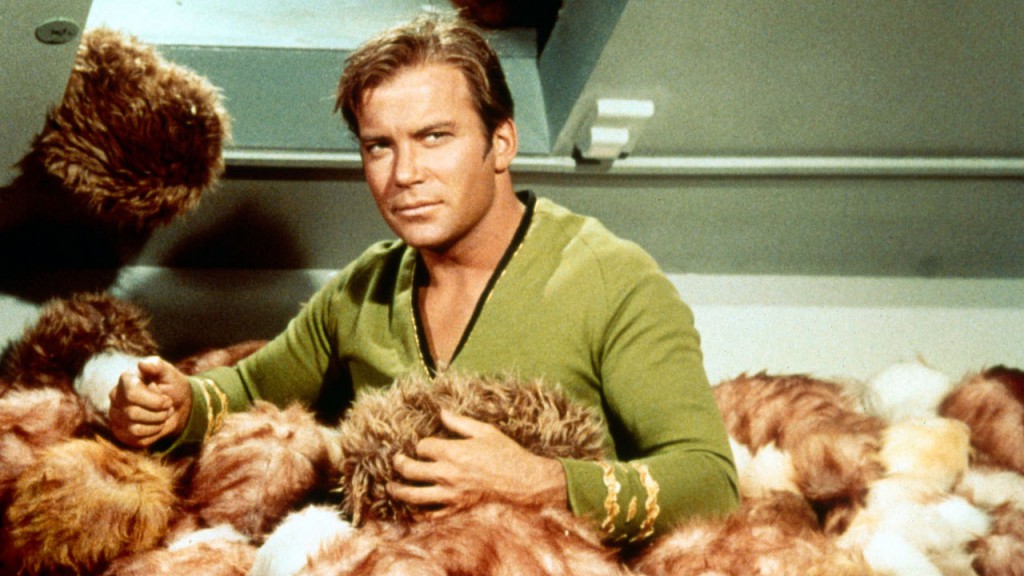 What other pieces of Shatner’s wonderfully varied career do you love?