Home / Film / Hidden Figures: Here at NASA we all pee the same colour 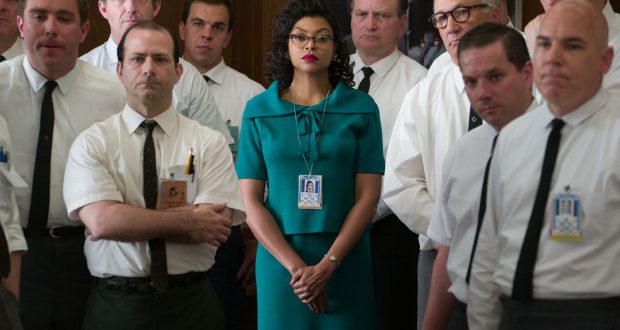 When a based-on-true-events film comes out, there is a problem assessing its qualities when one has no knowledge of the subject material. Hidden Figures chronicles the involvement of black women in the NASA space programme during the Project Mercury rocket launches. The story is framed through lives of mathematician Kathryn G. Johnson, engineer Mary Jackson and programmer Dorothy Vaughan. I can vouch not one iota of knowledge regarding these events (though I can take some guesses at what has been altered for narrative purposes) but I can still say I left both better informed and entertained.

The virtue of Hidden Figures of course derives from its overtly and proudly inclusive agenda: giving credit to the overlooked contributors to one of humanity’s greatest endeavours. I have nonetheless seen plenty of films with commendable purposes use that as an excuse to neglect the rudiments of good film-making and story-telling, content to rest on their laurels than go the distance. Hidden Figures is not such an example, though it has clunky elements and could focus more on what made these women extraordinary. Ultimately the film bows down to the conventions of a template Hollywood biopic but still has qualities shining through. 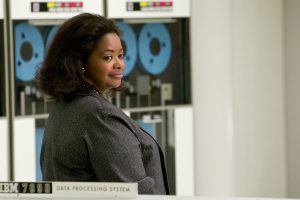 My ambivalence for the film’s approach stems from leaving wanting to know more. This indicates that Hidden Figures successfully sparked an interest but it also left a lot of elements unexplored. The film indulges in a couple of rousing speeches which I am 90% sure would not have happened, and wastes time on a completely perfunctory romantic subplot (though this at least had a man as the pointless love interest). Hidden Figures could well have gotten into the meat of the material had it not been for these distractions. How were these elite units of black women sourced and recruited in a time of entrenched segregation? How common or not was it for women, let alone black women, to reach this degree of education? What about tensions between the educated white-collar black population and the community at large? And that’s not even to speak of the maths.

For those that don’t know, the traditional approach to depicting mathematics on screen is to have someone feverishly writing on a black- or white-board and offering little explanation of the content. Hidden Figures does not avert this cliché. I know it seems off-putting to explain the operation and relevance of mathematical theory (or even have it be the action of a film) but surely if we are to celebrate the achievement of these women as great minds, we might be expected to engage with the field in which they triumphed. As it is we are treated to some flat exclamations along the lines of ‘How is she doing this!’ and ‘Wow, what good maths!’ because the audience is not expected to recognise the significance of what Kathryn, Mary or Dorothy are doing and its own merits. 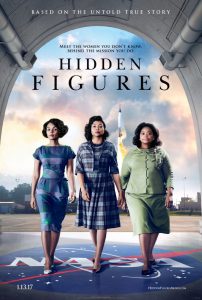 Having said all that, solid performances from Taraji P. Henson, Janelle Monáe and Octavia Spencer endear the characters to you from the off. I’m not above being simply won over by the topic of space flight either. There’s a lot of effort put into the period setting and despite being a typically-structured biopic with arbitrarily heightened stakes at several points, the film is relatively light on mawkish sentimentality considering how rabble-rousing it could have gone.

It’s a rarity for mainstream American films to tackle issues with any complexity and though I can safely gripe about the depiction of science and maths in Hidden Figures, there depiction of segregation and racism is considerably more nuanced than I expected. Racism is shown as a structurally imposed phenomenon rather than white people just being individually pernicious. Not that there aren’t depictions of racisms in that sense (Jim Parsons does a good job as the petty and professionally-threatened superior of Kathryn G. Parkinson), but Hidden Figures does not fall back on the reductive view that racism is simply the mean-spiritedness of single actors. It therefore does a good job of emphasising the determination and accomplishment of these women.

Verdict: A touch too shallow and conventional, Hidden Figures is still entertaining and laudable.

Previous: Fifty Shades Darker: Make it stop
Next: The Founder: McDonald’s could be the new American church