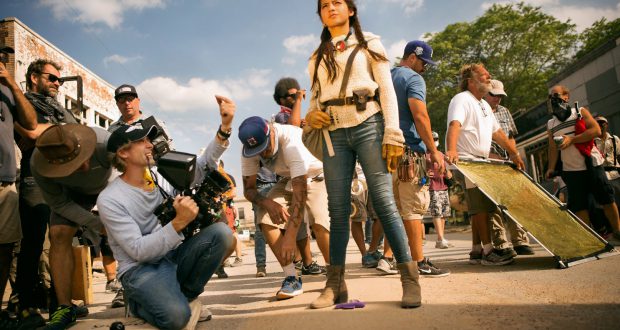 ‘Yeah, I fight like a girl,’ says a defiant Isabela Moner in a trailer for the new Transformers film. And this irks me. Not because I am a misogynist simmering with rage at the slightest suggestion that feminism has infiltrated yet another Hollywood franchise or because I am under some gross illusion that men are a persecuted minority. No, this rankles because if I can think of any franchise so unwavering in its objectification and contempt for women, it is the Transformers franchise. This series that has prided itself on delivering, with all the certainty of a well-worn studio template, the main actresses draped in tight-fitting clothing over vehicles, jiggling about in action scenes and adhering to the disdainful archetype that they are some sort of sexual reward for the protagonist. And now – NOW – it dares to assert that it wants to empower women. Purr-lease. 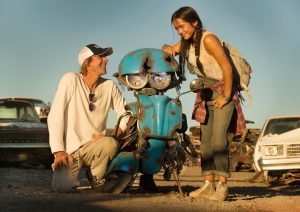 Of course, this is a wider trend. Although attempts to silence, marginalise and degrade women abound in our media and in the present political climate, the visibility of feminism in our media is much greater than it has been. Arguably the reaction against it is so vociferous because ground has been won. Emma Watson provides a perfect example of how this cause has been uptaken with strident passion in the world of celebrity. And if Hollywood can do anything well, it is leap on a trend and do it no justice. You may want multifaceted and fully-realised women on screen who can occupy a variety of roles outside of prescriptive and reductive gender stereotypes, but all you are going to get are those same stereotypes with some aggressive, antisocial and dispassionate action women to serve as some sort of contrast.

The issue then becomes that the mainstream media (blockbuster films being just one iteration of that) will inevitably coarsen, truncate and misrepresent feminism. The feminist course which has a simple message – women deserve the equality which they don’t receive in today’s society – has a complexity in implementation that is only matched by the complexity of ways in which women are marginalised and treated in society. Media, which is notorious for its inability to address complex issues with any degree of sophistication, is always going to struggle here. The mainstream is fundamentally incapable of producing its own content: it ships the niche in a blander form to a general audience with all of its distinction or bite removed. The feminist agenda does not do well from this as it becomes misrepresented and the ability for feminism to spread its message is muddied.

Bay et al. is far from the only perpetrator. Warner Bros. have provided an egregious example in their Wonder Woman trailer where Lucy Davis’s secretary is told that her servile employment to Chris Pine would be regarded as slavery in Wonder Woman’s homeland. Now, I will fully countenance any visibility of the fact that women are often paid less and have historically been restricted from many paths of employment. Comparing a woman with actual employment and therefore financial agency to a slave is, however, grossly irresponsible. All this does is present feminists as shrill, hectoring harpies who overreact due to a poor understanding or wilful misrepresentation of the issues. This discredits and does not aid feminism. Then you have the case where institutions or individuals which have been actively and consistently misogynist (Michael Bay and the Transformers films, for example) try to sanitise their increasingly outdated views with a paper-thin veneer of feminism.

Fumbling feminism is counterproductive but that masquerade is outright insidious

But wait, I hear you say, would you rather that blockbusters do not address and or try to promote feminism (however clumsily) at all? A good point. Nothing is going to stop shit being made so it might as well be progressive shit. But there’s more going on here than simply the agenda of the film-makers. Quality is a major unrecognised factor in how ideology pervades itself in media. We might like to think we adopt particular views based on their intrinsic merits but this is not the case. The more skillfully an ideology is proponed, the more it is uptaken. To keep with film as an example, some of the most notable examples of effective film-making and innovation come from The Triumph of the Will by Leni Riefenstahl (a Nazi propaganda film) and Birth of a Nation by D W Griffith (which celebrates the foundation of the KKK). To praise their technique is not to praise their ideology but that technique enhances how well these films galvanised their causes. The inverse is also true: badly made films are a detriment to their causes. 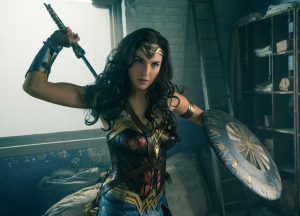 On top of all that, we must realise that though there are plenty of badly made blockbusters, they are not necessarily ineffective at peddling their ideology. If you look at archetypal action films, sure the bad ones have weak nonsensical plots powered by convenience and unconvincing characters: the prevalent ideologies (male dominance, supplicant women, blah blah blah) are not the overt message and do not get garbled by the terrible production. No one is under any illusions that Transformers has good characters, plot, editing, lighting, cinematography, sound, action sequences, special effects, character design, themes or humour. But the ideology of these films is a fetish of military hardware and a deference to gung-ho militarism. The ONE THING it does well is offer lingering pornographic shots of powerful canons spraying their explosive loads all over the landscape (to the detriment of all of the above).

For all their virtue-signalling, studios care about little else than money

Even if the latest Transformers film is not intentionally trying to sabotage feminism by co-opting it for a woman-hating course, the fact that this is a surface element guarantees it will be mangled in the process. That’s what we see in the Wonder Woman trailer. The production is not able to handle any element or agenda it consciously tries to address. The priorities of big films like these are not the craft, or the themes, or the principles of the film makers. The priority is serving the financial interest of the studio. The Chinese military was depicted as indomitable in Transformers: Age of Extinction to flatter the influential Chinese film market. Those shots of tanks and military equipment are paid product placement by the US armed forces. Fake feminism is adopted not out of sincerity but because it seen as a way to appease and appeal to the more equality-oriented millennial generation and those younger than them who come with all that delicious cash. 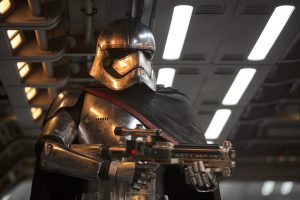 The ultimate vindication of this is the pre-packaged patter that the actresses roll out at the press conferences for these demeaning and confused non-feminist films. Gwendoline Christie affirmed how proud she was to be representing a powerful fighting woman in The Force Awakens. Her character Captain Phasma is hardly in the film, is entirely ineffectual and is comically dispatched. At Comic Con, Gal Gadot trumpeted how playing Wonder Woman in Batman vs Superman: Dawn of Justice had given her the ‘huge opportunity to show the strong, beautiful side of women finally’. She spends the film dressed up to allure the male audience as a sexy action figure. Watch the clip of that panel on Youtube and you can see Jesse Eisenberg nod contemptuously when she says that. The best (i.e. worst example) is Ashley Benson championing how empowering a role model she could be in Pixels when she was treated as a sex trophy.

This is all a smokescreen. It’s a disingenuous and meaningless white noise to cover up that whilst the world is changing, our movies aren’t. Michael Bay can tell me he’s a champion of women’s rights all he wants. I’ve seen his films. I am not convinced.

Previous: The Bear and the Serpent by Adrian Tchaikovsky
Next: VIDEOSYNCRATIC by Jon Spira