Home / Comment / The art of the trailer: A marketing soundtrack 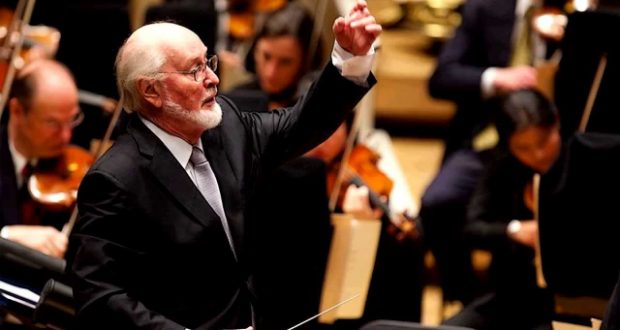 Trailers are, like the medium they are representing, both audio and visual in nature. While we may watch trailers for the snippets of the feature to come, it is the music that is often most successful in setting the tone. Genre can often be inferred from the trailer soundtrack alone. But what decision-making factors are considered in the development of a trailer soundtrack? Does it feature an original pop song? A quirky cover? Swelling orchestral music that leads to a great crescendo?

Music has long been used in films to direct the audience’s emotional response to a scene. A fraught moment might feature tension-building music, for instance, or a horror film might use a lack of music to indicate present danger. So why shouldn’t the same techniques be applied to the short marketing form of the trailer?

Trailer musician Ursine Vulpine has identified a very prescriptive format for trailer music, regardless of genre: ‘There’s a slow burn start, then it begins to build, then a big crescendo, and then a back end section.’ This characterisation of trailer music was echoed by Marcy Bulkeley: ‘Trailer composers understand how to maximize a story’s message with music in just two minutes and 30 seconds. The three-part structure of a typical ‘trailer cue’ typically includes a 45-second intro that steps up into a second gear for about 30 seconds, and then takes it away with a climactic backend.’

This musical composition reflects narrative structure. The story begins with establishing the situation, builds the excitement and tension, and ends with a big bang… but most stories don’t simply cut off as soon as the BIG EVENT is over and done with, instead, most have a small denouement to bring the story to a close. The music of a trailer mimics this. Where the content of a trailer might give you hints at the plot, it should leave out the ending of the film – so, in the absence of a narrative conclusion, the music imitates a kind of story closure.

The process for creating/sourcing music for trailers differs. While Vulpine comments that he rarely works with any footage, but simply from a brief handed down by the marketing team, other studios and trailer houses create several rough cuts for their music team to work with. When it comes to the big blockbusters, the marketing campaigns begin long before the film has wrapped filming. As a result, many of the scenes that appear in trailers are often created specifically for the trailers, never making it into the film. Similarly, the film scores have yet to be made, so any iconic music that appears in the final version of the film might be no more than a twinkle in a composer’s eye at the time of a trailer’s release (at least for the early trailers).

Trailers are big business. Marketing budgets for films are huge, with no expense spared. So it is a common occurrence to find studios shelling out the big bucks on big name artists and the rights to popular songs. Cover versions specifically recorded for a film (or even just the trailer) are particularly in vogue at the moment, from covers by other artists and remixes of original recordings, to commissioned alternate versions by the original artist, while other trailers simply go for untouched classics.

Baz Luhrmann’s The Great Gatsby used its soundtrack to sell the movie. The music was selected and commissioned by none other than Jay-Z, including a duet with his powerhouse wife Beyonce on an exclusive cover of Amy Winehouse. All the trailers for the film feature tracks from the final soundtrack, including new songs, new covers, and new versions of classics by the original artists. The Great Gatsby had it all (at least, in terms of the musical composition of its trailers)!

Classic pop songs are having a resurgence in both film trailers and soundtracks recently, from comic book films to serious dramatic numbers. Marvel’s Guardians of the Galaxy introduced a new generation of fans to Blue Suede, while DC tried to emulate that success with Suicide Squad’s trailers featuring Queen and The Sweet. Another of my favourite recent outings of pop songs in trailers was Star Trek Beyond’s use of ‘Sabotage’ by the Beastie Boys (in the trailer and the film – also worth noting that other trailers featured an original track by Rhianna exclusively for the film’s soundtrack).

One of last year’s best films, Deadpool, used classic pop songs to drive home the tone of the film. The trailer opens with fairly traditional instrumental backing as it sets up the backstory for the character. But the tone shifts dramatically with the inclusion of Salt-N-Pepa’s ‘Shoop’, followed by some speaker-destroying DMX. The irreverent music choice perfectly sums up the overall tone of the film.

Embracing the film’s status as a remake of a classic, the trailer for The Magnificent Seven features a remake of a classic song with Heavy Young Heathens providing their southern gothic version of ‘House of the Rising Sun’. It’s a clever use of a song everyone knows, proving to audiences that modern remakes have a place in the cinema as well as on the radio.

Original orchestral soundtracks have long been the industry norm. But they aren’t usually ready in time for the trailers. If the film might do better with an orchestral theme in the trailer, studios have one of two options: hire a composer to create original, trailer-specific music or re-use an existing piece. That existing piece of music might be an original composition by an artist, it might be a well-known piece of classical music, or it might actually be from another film’s score. Instrumental soundtracks are very good at building a sense of epic scale to films and tend to be used a lot in fantasy and SF trailers, as well as for serious dramas.

Some trailer studios have a bank of music created specifically for use in film trailers. One such studio is Immediate Music, whose piece ‘Battle For The Soul of the Universe’ shows up in countless big budget Hollywood blockbuster trailers, including this trailer for Harry Potter and the Deathly Hallows. The track is in keeping with the franchise’s instrumental soundtracks but keeps the well-known ‘theme’ as an afterthought, instead focusing on the grown-up and epic nature of the final instalment.

You might think that a film’s score, if memorable and easily recognisable, wouldn’t show up in other properties. Think again. David Arnold’s theme from the original Stargate film shows up all over the place in trailers, from another Roland Emmerich film (Independence Day) to Jumanji.

Whichever way you go when picking music to accompany a film trailer, be sure to get at least one thing right: tone.