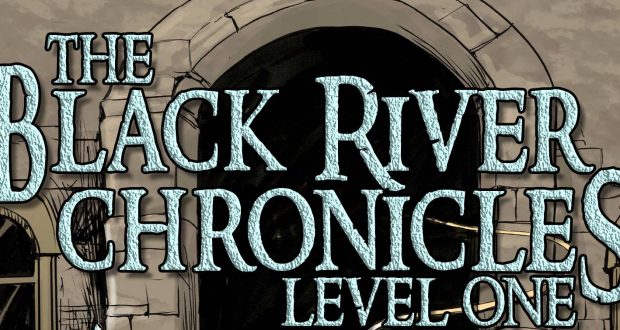 If you enjoy Dungeons and Dragons and/or sword and sorcery stories, you should be reading The Black River Chronicles.

The young adult series follows four students at an adventurer’s academy, where – you guessed it – they are all separated into classes (rogue, ranger, wizard, warrior). To advance through the academy, they must successfully complete quests in order to ‘level up’. So far, so familiar. And while the series wholeheartedly embraces what we know and love about these types of stories, it has real humour and heart, which makes up for any over-the-top embracing of cliché.

Each of the main characters is towards the lower-end of their skill level and are lumped together when the academy chooses the adventuring parties. But all is not quite as it seems. Durren, the party’s ranger and ostensibly the main character, is pretending to be less talented than he really is so as not to accidentally alert his father to his presence at the academy – a father he ran away from to follow his dream. And Durren isn’t the only one with a secret. After their first mission, a clusterf*ck of epic proportions, the four students must claw their way to level two.

Did she understand that they were high on a rooftop with a horde of murderous priests before them, a fatal plummet at their backs?

I previously thoroughly enjoyed David Tallerman’s Patchwerk, an overlooked science fiction novella filled with extraordinary prose and originality. Tallerman brings his skill to the YA market with energetic and highly-readable prose that loses none of the quality his writing for adults possesses. I’ve not had this much fun reading a novel in some time. It’s silly and tongue-in-cheek. While reading, I imagined I was sat around a table with a group of friends, acting out these characters and their attempts to overcome the ludicrous obstacles in their way. Anyone who enjoys tabletop RPGs will likely do the same. 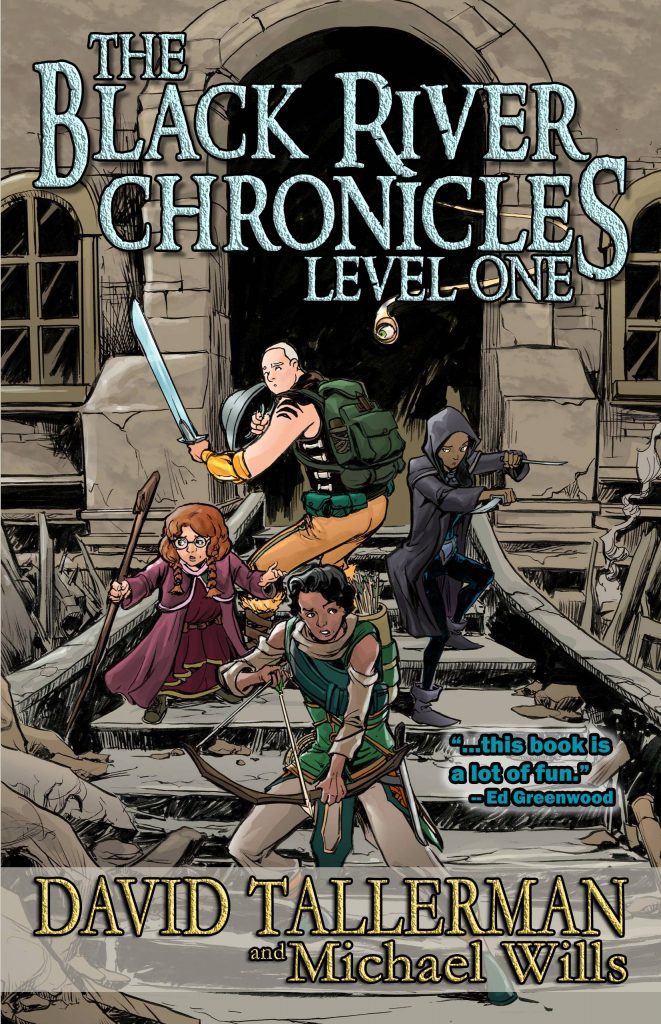 That the book entirely leans into its RPG inspiration is what makes it work. If a similar story had been told while trying to make it appear as something new and different, I fear it would have fallen flat. But this is a novel of tropes and archetypes. The characters, at least initially, each play up to the personalities often associated with their class, something that is both played straight and inverted (the warrior’s situation made me laugh out loud). Their behaviours and the kinds of problems they encounter are also familiar – they accidentally set off traps, have to rely on the ‘items’ they have selected, and even classify their skills like ‘charisma’. There are unicorns, magic priests, rat-people, shapeshifters, floating magic eyeballs, conspiracies, and grumpy teachers. If there’s a trope common to fantasy RPGs or magic schools, you’ll find a nod to it here.

If Durren could have crawled into a hole at that moment, he would have – not because he was afraid, though he was, but because he’d never been so embarrassed in his life. Dying was one thing, but dying in such idiotic fashion, with this loud-mouthed cretin by his side? That was something else altogether.

While I enjoyed the silliness of The Black River Chronicles: Level One, this isn’t a novel for those wanting a lot of depth. The character arcs are fairly minimal and while the characters have their own motivations and personalities, none of them is what you’d called ‘layered’. This novel is all about being an easy, fun read.

Verdict: DnD for young adults in book form. Great fun and a joyous celebration of the RPGs we all know and love.

Previous: Bright: I think we might be in a prophecy
Next: Psycho-biddies and hag horror