Home / Film / The Wolf of Wall Street: I am not gonna die sober! 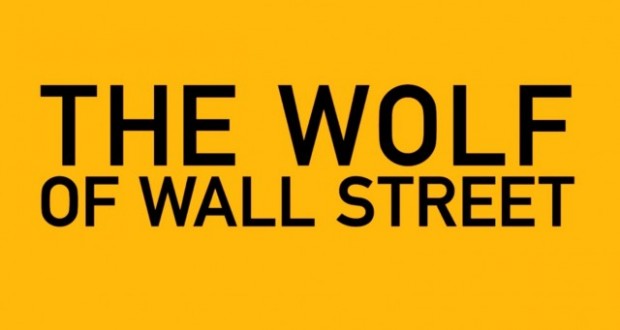 Martin Scorsese is no stranger to controversy. He seems to live for shocking and pissing off the masses – and if he gets vitriolic responses from the Academy, all the better. The Wolf of Wall Street may be lacking his typical gangster fare, but it still has Scorsese written all over it. Debauchery, excess, drugs, violence… unlikeable, unredeemable characters destroying their own lives and every other life they touch in the process. 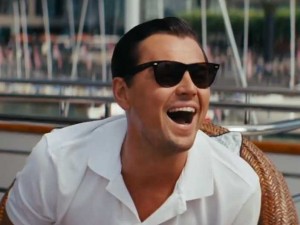 His newest film has outraged many, with claims that it glorifies the white-collar criminal lifestyle and fails to show the impact on the victims. One of the daughters of the victims of this real-life tale wrote an open letter to those involved in the film, slamming their Hollywood take on her tale of woe. I have to take issue with Christina McDowell’s concerns – I came out of The Wolf of Wall Street with a very clear idea that what I had just seen depicted on screen was a bad thing. This was not a lifestyle being put forward as something to aim for. If someone is stupid enough to interpret this film that way, well, there was likely no hope for them in the first place.

The film’s star, Leonardo DiCaprio, has responded to these criticisms. He was quoted by Variety saying, ‘This film may be misunderstood by some; I hope people understand we’re not condoning this behavior, that we’re indicting it.’ Honestly, if anyone thinks otherwise, I’m not sure that we were watching the same film. The characters are all quite clearly awful people, completely irredeemable. They are unlikeable – for a reason.

To keep himself going, Belfort gets involved in selling penny stocks. But this is a man that was already addicted to a much ‘bigger’ kind of lifestyle, with bigger dreams, and much, much bigger appetites. With the help of his friend Donnie (Jonah Hill – a fictionalized version of Danny Porush) and several other ‘salesmen’ from his group of friends, Belfort starts his own company. He molds the brokers in his own image and soon success reaches dizzying heights. At first, his ‘business’ is legal, although not terribly ethical. But as is always the way, he hungers for more and more, until the law seems like a silly little thing that just needs to be maneuvered around.

Marriages fall apart, venereal diseases are shared, and drugs are passed around like sweets. The outrageous behavior of the depraved rich grows ever more deplorable, and the schemes more risky. Soon the FBI and SSC are investigating Belfort. The fear of losing it all does little to encourage him to mend his ways, and instead he focuses his energies on how to keep his money safe.

A tale of a moral vacuum 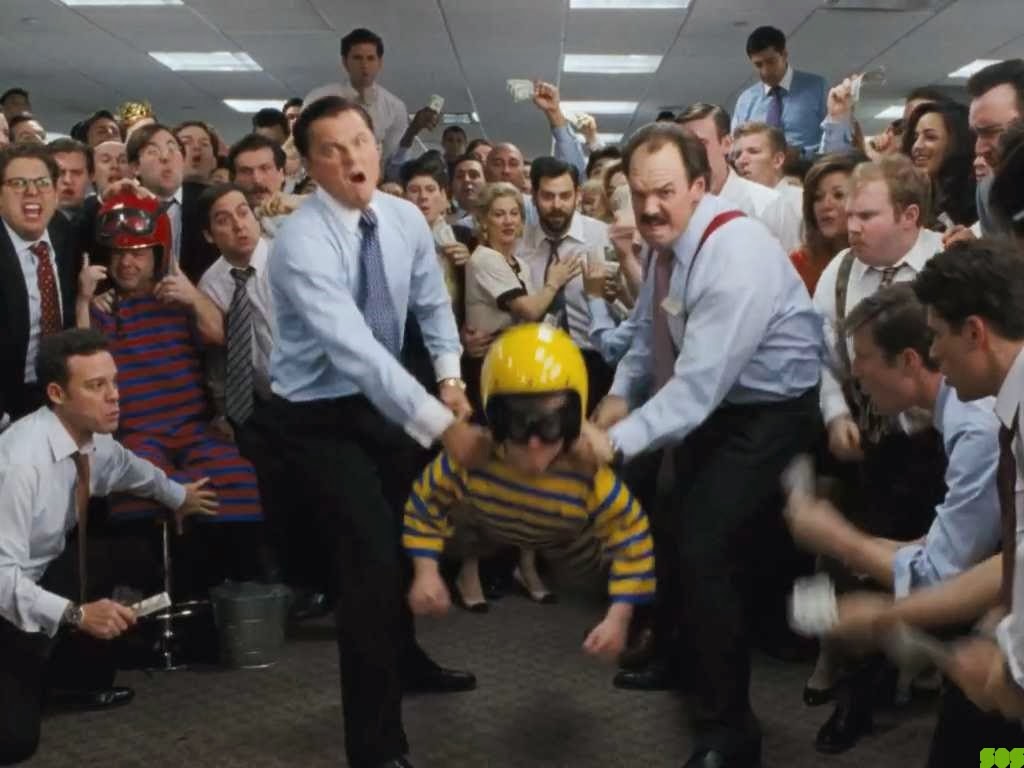 If you were hoping that he would have some kind of moral revelation, you will be disappointed. Belfort’s character has little to no growth throughout the course of the film – perhaps he does get a little worse but certainly no change for the better. Meanwhile, there is no new information given to us about the lifestyles of stock brokers from that time (and I imagine their lifestyles remain fairly unchanged).

The men are sexist pigs, and the strongest female character, Belfort’s second wife (Australia’s Margot Robbie), is just as bad. She plays games and focuses on the materialistic – making a career out of being an attractive socialite. She puts up with a lot from Jordan, and only divorces him once he is caught by the FBI. I understand that the story sticks fairly closely to the original material – a memoir written by Belfort – so the character of Naomi is really seen through his misogynistic eyes, but she was a useless, vacuous person (and characters like that always irritate me – why do these women go along with this shit?! Can’t we give them a little more agency, please?!).

The unreliable narrator and the memoir

The Wolf of Wall Street is apparently very faithful to Belfort’s memoir. But it is important to note that it is an adaptation of a memoir, not a supposed accurate documentation of events. Everything is coloured by Belfort’s description of it – and how accurate/reliable is he? A memoir is never truly reliable – people don’t like admitting they are wrong. I doubt Belfort would have written his memoir in a way that presented him as a satirical unreliable narrator, but that’s what we get from the film.

Having everything told to us through Belfort allows the filmmakers to show us the debauchery without being too heavy-handedly preachy. At the same time, however, it is clear that Belfort and co are total assholes. And is Belfort trustworthy? Hell no. So how much of what we are seeing is accurate? Maybe we’ll never know. Belfort doesn’t even really know – he’d have to be sober some of the time to be able to remember what he’s been up to. At least we have some facts for us to know that the entire thing isn’t total fabrication.

It is Scorsese, after all 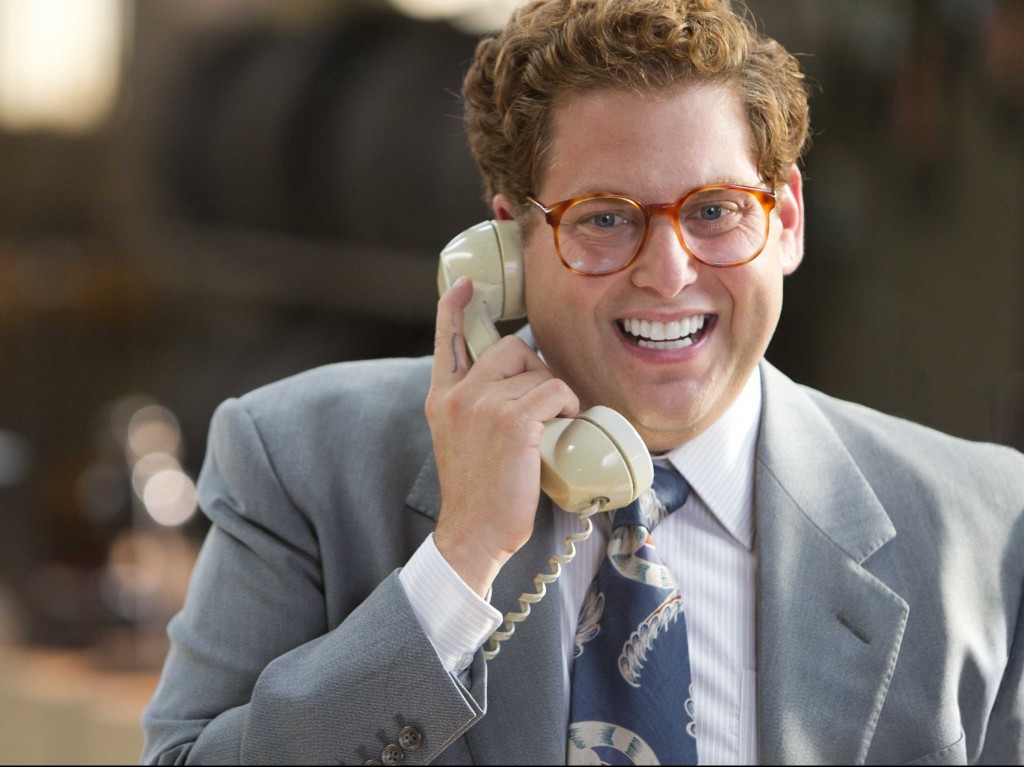 As you can imagine, this film is excellently crafted. The acting is brilliant, the screenplay excellent, and the directing both interesting and inventive without getting in the way of the story. The comic timing is incredible, and the satire is expertly delivered. Unfortunately, three hours is just too fucking long. I’m sorry, but it did not need to be that long. Faithfulness to a beloved novel is one thing, but faithfulness to a bloated memoir written by an amoral egotist? I’m not sure that was entirely necessary. There could have been more satire and less Belfort indulgence – even though indulgence was the name of the game.

Verdict: A good film, but not brilliant. And I’m not sure I’d ever be excited to see it again. It made me feel disgusted and acutely uncomfortable – so it does exactly what it sets out to do… I’m just not sure that’s what I necessarily want from a cinema experience.

Previous: The battle of the superheroes: Marvel vs. DC
Next: The Acquirers: Tauntaun Tales