Home / Books / What we can learn from the Beat Generation: Happiness consists in realizing it is all a great strange dream 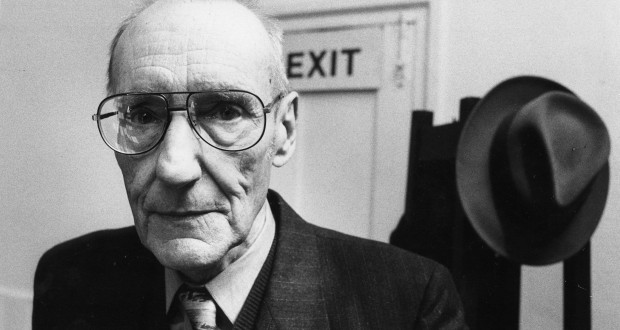 Like many people my age (the wrong side of twenty-five and still not a millionaire – how disappointed my six-year-old self would be!), I often feel lost. I’m not someone who has had my life planned out – I don’t necessarily know what path I want my life to take. It’s scary. On the one hand I think I should be sensible and responsible, focus on work and ensuring that I’ll have enough money to live. I work hard, pay my bills, and occasionally chill out on holiday. On the other hand, I wonder what on earth I am doing with my life? Wasting it! Working for someone else, doing something that’s neither interesting nor meaningful, wasting the small amount of time I have on this plane of existence doing something I don’t really want to do. It’s when I think about the latter that the lifestyle embodied by the Beat Generation appeals most to me.

Forget the light-hearted sitcoms addressing the issues around twenty-somethings not sure what to do with themselves (you know the ones, Friends and New Girl to name a few), what pop culture out there actually deals with the less glamorous aspects? That hurtling towards nothing feeling? The fear of the future and wonder at all the experiences yet to be absorbed… I know of few pop culture explorations into the nastier, darker side of the lost feeling, and those that do address it tend to be – shall I saw, mellow? Garden State is one that always spoke to me, but there’s nothing all that freeing in that film – but rather a gradual lift out of the cloudy, anti-depressant cotton wool-ball version of living into a more active approach.

The Beat Generation – aka the San Francisco Renaissance

You have probably heard at least one of these names, if not all. The big players in the Beat Generation: feeling their way through life with little direction and no regard for the rules. On the Road, Naked Lunch, Howl, Junkie, The First Third were just a few of the novels that were a product of this counterculture generation. Ken Kesey’s One Flew Over the Cuckoo’s Nest was also heavily influenced by the Beats and his relationship with them (particularly Neal Cassady). 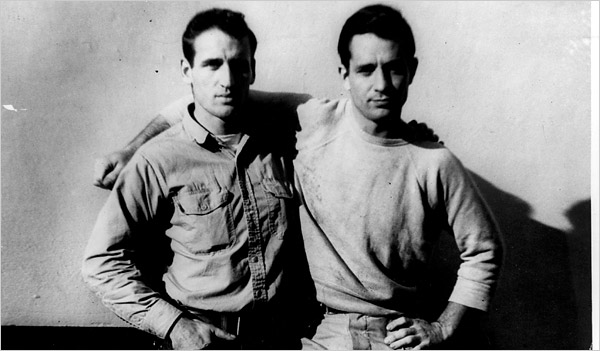 It’s not surprising that young people of any generation have a fascination with the Beats. They lived life to their own tune – experimenting and experiencing everything they could. It was an entire generation of lost twenty-somethings, only age didn’t seem to come into it. There was drugs, alcohol, sex, homosexuality, creativity, freedom…

The worrying trend I see today, however, is that the eccentricities of the Beats are no longer something seen in counterculture or as part of the exploration of the human condition. There is no (or little) intellectual endeavor or an appreciation of the potential of youth anymore when it comes to the more outrageous explorations of the human experience. Instead, drugs, sex, anything to excess, is simply part of the badly behaved celebrity culture – and just the general disenfranchised youths, celebrities or not.

Who and what are the Beat Generation?

If you are so sadly uneducated as to not be familiar with Kerouac, Ginsberg, or Burroughs, you should be ashamed of yourself! It is one thing to not know terribly much about them, but to have never even heard of them is almost an accomplishment. Have you been living under a rock? 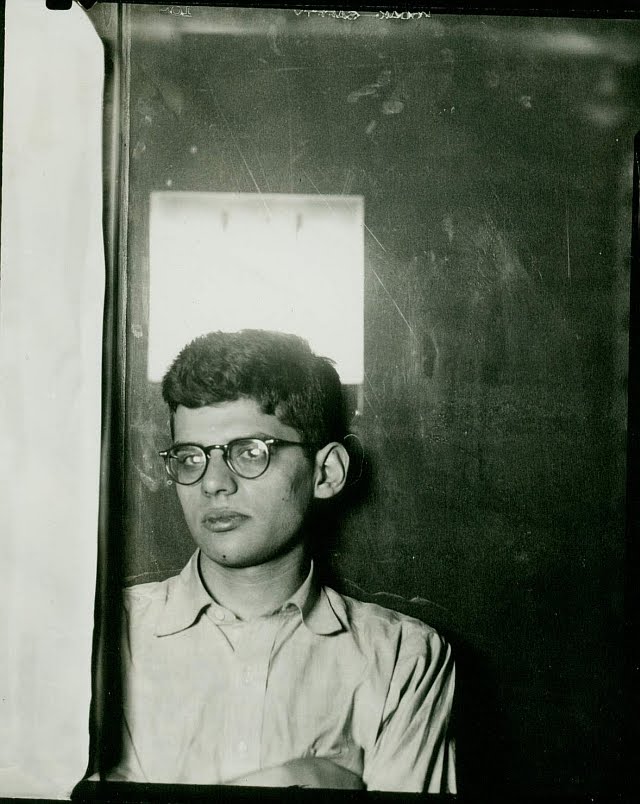 Ginsberg, openly bisexual (as were many other Beats), published his poem Howl in 1956 to controversy and a trial for obscenity. Ginsberg met Lucien Carr while an undergraduate at Columbia University and was introduced to Kerouac, Burroughs, and others already established in the New York Beat scene. He moved across the country to join the San Francisco Renaissance in the 1950s, meeting his life-long partner, Peter Orlovsky in 1954. Ginsberg’s works often had political overtones and he was a political activist throughout his life. He fought for free speech, equality, and gay rights and was involved in protests against the Vietnam War and uncovered CIA involvement in drug trafficking in the 1970s.

Although finished in 1951, Kerouac’s most famous novel, On the Road, wasn’t published until 1957. Kerouac wrote a number of novels, some published more than 40 years after his death. His first published volume was The Town and the City, which was by no means a bestseller. Later in his life, he became fascinated by Buddhism, using his own experiences as the basis for The Dharma Burns. Other than On the Road, Kerouac is most known for his use of his ‘spontaneous prose method’. 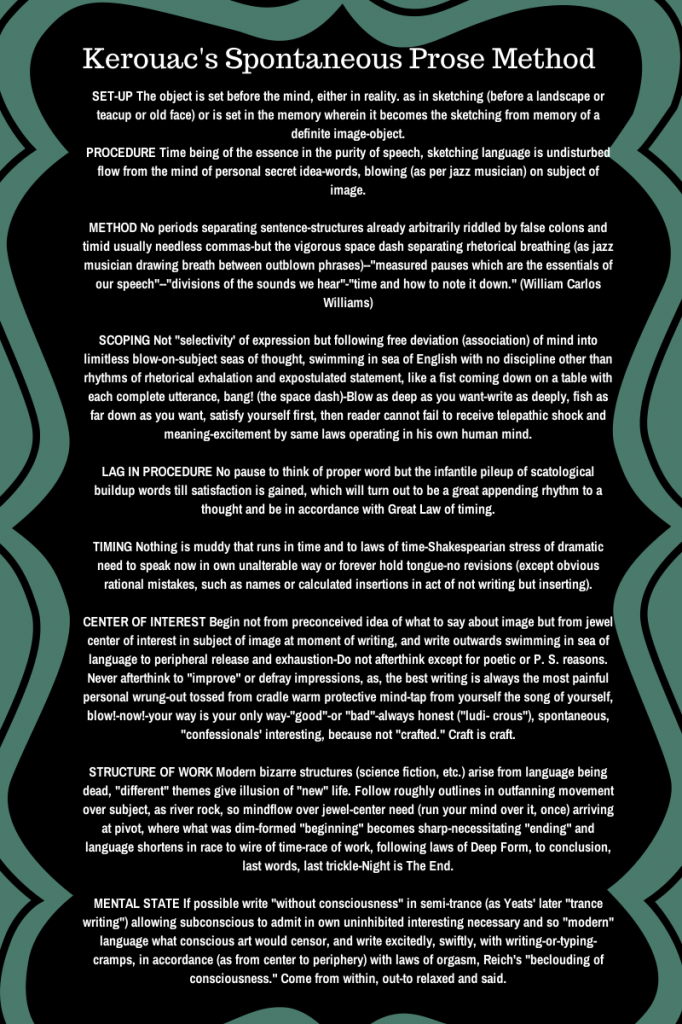 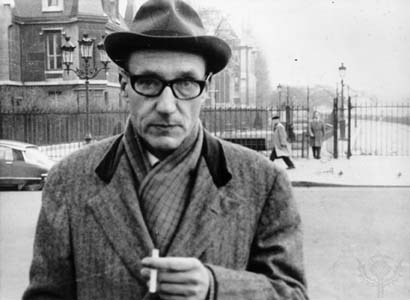 Burroughs shot his wife in the head while in Mexico in 1951. There are multiple accounts of what happened, the most popular of which is that he was drunkenly playing ‘William Tell’, trying to shoot an apple on her head. Others claim that the gun went off as a mistake. After Joan’s death, Burroughs fled to the US, other parts of South America, and eventually Tangier. Junky was written under the encouragement of Allen Ginsberg and published in 1953. But it wasn’t until the unconventional Naked Lunch was published in 1959 that Burroughs was firmly entrenched as a literary icon.

Many of the works of these writers were at least semi-autobiographical. The drugs, the drifting, the alcoholism, the sex… it was all real – to an extent. The hard living did not go unpunished, both Kerouac and his muse Neal Cassady died in their forties, Kerouac from complications relating to cirrhosis and Cassady from ‘exposure’ after a night of drugs and partying. Despite Burroughs’ many addictions, including heroin, morphine, Eukodol, and marijuana, he managed to live to the ripe old age of 83 (while his son died of cirrhosis at age 33).

The publication of Ginsberg’s infamous poem Howl didn’t just cause a general outrage in the populace. It became embroiled in an obscenity trial after a bookseller was caught selling the book to an undercover policeman. Ginsberg’s publisher, Lawrence Ferlinghetti was arrested in San Francisco on obscenity charges. Eventually he was found not guilty after academics, writers, and critics argued for the poem’s artistic message. The decision was important not just for the Renaissance but for creative endeavors everywhere – previously banned novels Tropic of Cancer by Henry Miller and Lady Chatterly’s Lover by D. H. Lawrence also gained a reprieve after this decision.

Howl is a rage against conformity, inhibition, censorship, puritanism, and everything else that restricts and limits the realization of one’s true self. It is both a howl of defeat from a living hell and a howl of defiant laughter. [source]

The work of the Beats’ was often political – but not in a stand-on-my-soapbox style, but rather, they wrote about life as they lived it. Many of them were homosexual, bisexual, drug addicts, heavy drinkers, and so on. Most were married more than once, had sex before marriage, and cheated on their partners. They wrote openly about their exploits and forced the society to take notice of their approach to life.

What should we take away from this? 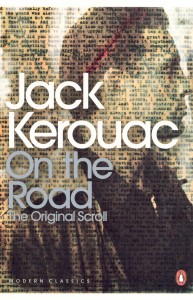 One might easily write of the Beats as similar to any of the off-the-rails youths of today. They were just on a whole lot of drugs with questionable moral compasses, weren’t they? I disagree. While a wild life of drugs is not for me, and of course I acknowledge the health issues associated with their lifestyle, I think people focus on the wrong things. Fundamentally, they were philosophers, trying to get to the bottom of what it meant to be alive, to be a person. They were open to new experiences and stressed less about consequences. If we take one thing away from their literary outputs, perhaps it is this: be open to new things and leave time to think about and appreciate the experiences and people in your life.

Previous: Her: The past is just a story we tell ourselves
Next: The Acquirers: Back at the Office