Home / Film / Captain America: The Winter Soldier – This isn’t freedom. This is fear. 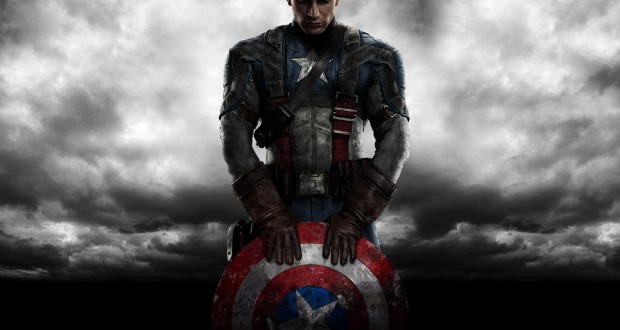 Marvel’s cinematic universe has tended to lean towards fun films, with lots of humour despite the serious good vs. evil type plots. It’s been a nice way for them to carve their own unique direction, in opposition to DC’s attempts to be dark and gritty. With Iron Man 3 we started to see a change – Tony had to deal with the aftermath of The Avengers, which meant that he was not the carefree guy he once was. Similarly, Captain America: The Winter Soldier has a similar shift in tone. 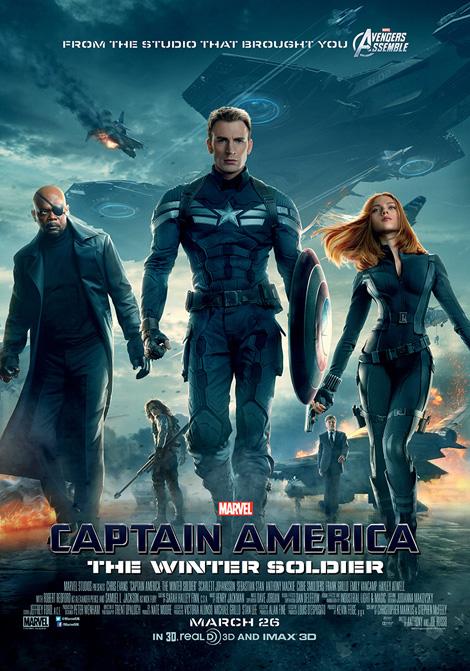 If you love comic book movies because they are fun, silly, and a bit camp, this one isn’t for you. Having said that, if you enjoy these films for the characters, then this film is brilliant. What I enjoy about the Marvel superheroes is that at their core, they are just people. These epic battles and conspiracies affect them in similar ways to the impact on real soldiers (explicitly pointed out in The Winter Soldier). Steve Rogers might be a superhuman in terms or speed, strength, and fighting ability, but he’s still human when it comes to processing emotions.

The fallout from The Avengers affected everyone and everything in the Marvel universe – and rightly so. SHIELD is responding, Nick Fury is hardened, the World Security Council is concerned, and Steve Rogers is left wondering whether he has any idea what right and wrong really means. As a result, The Winter Soldier (similar to Iron Man 3) becomes a character study –a story of character growth, relationships, and dealing with the consequences of one’s actions. Above all else, it is a film dealing with friendships – old friends, complicated friendships, and new friends.

Captain America, aka Steve Rogers (Chris Evans), is welcomed to SHIELD post-The Avengers to find them in panic mode. Instead of waiting for the next threat to arrive, SHIELD is trying to eradicate the problem before it exists. Rogers, always trying to do the right thing, begins to struggle with his place within SHIELD as he questions the morality of their actions. It quickly becomes clear that SHIELD has been compromised and the question becomes: who do you trust?

After an assassination attempt of director Nick Fury’s (Samuel L. Jackson) life, it isn’t long before Rogers finds himself under threat. He teams up with Black Widow (Scarlett Johansson) and new friend Sam Wilson/Falcon (Anthony Mackie), to stay alive long enough to figure out what happened to SHIELD. Meanwhile, there is a new threat brought into the mix: the Winter Soldier – a fast, robotically enhanced assassin who appears to be constantly one step ahead of them.

The political commentary of comic books and films 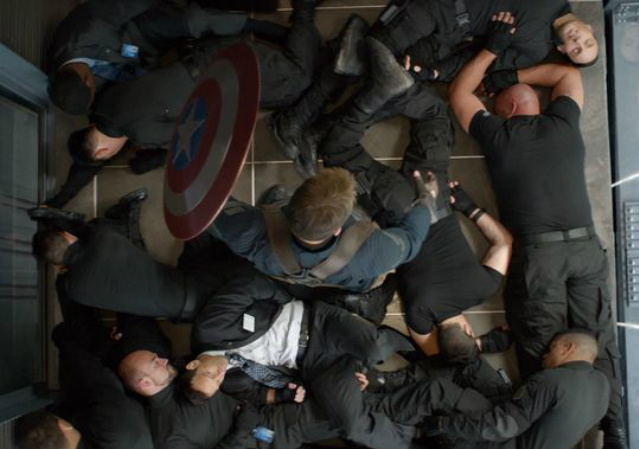 Captain America: The Winter Soldier is more a political thriller than a traditional comic book film. It’s all conspiracies and commentary on governments. Some people might say ‘oh, the metaphors are too heavy handed’ – and maybe they are at points – but don’t forget that commenting on the political situation is not new to comic books.

In their original incarnations, the comics of both Marvel and DC (then Timely Comics and Detective Comics) used the political climate as inspiration for their stories. In the wake of World War II, Captain America shot to fame – people needed a hero to believe in, fighting for what they believed in. After World War II, comics tended to take on a different tone, playing into the ‘Red Terror’ that gripped the world. So why wouldn’t comic book films do the same? It makes sense, given the history of the genre, that the films would comment on post-911 America and the government’s response to it.

The way that the events in The Avengers is referred to (‘New York’) is perhaps a little bit too much, but the point is probably a necessary one. Most of the time when someone speaks out against things like the Patriot Act (at least in American anyway), they are branded as unpatriotic. Does this sound familiar? Think back to Star Trek: Original Series only being able to comment on the racial issues of the time (escaping censorship) by presenting it in a science fiction guise. The Winter Soldier is effectively doing the same thing, and avoiding ‘unpatriotic’ criticism by not directly referring to commentary it is making (although making it obvious enough that you’d have to be a moron to not make the connection). 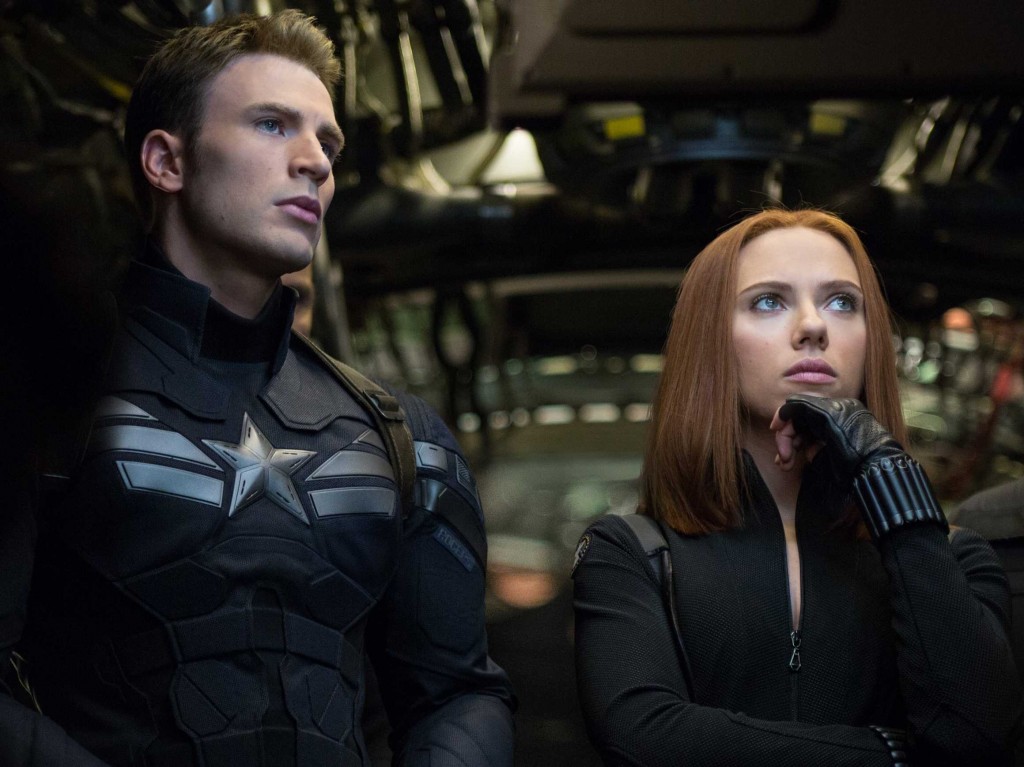 One thing I really loved about The Winter Soldier is that there is no love sub-plot. There is a hint of one – in a way that sets it up for future Captain America stories, but it is not a central element to the plot. Relationships are key to the story, but all of these relationships are ones based in friendship. And yes, that includes friendships with women! It is really nice to have a well-written film with a strong character that does not have a romance driving the action. It’s refreshing.

Black Widow is the main female character in the film, sharing much of the Cap’s screen time. Thankfully, her tiny arrow pendant firmly stamps her heart as Hawkeye’s, making way for a fun platonic friendship to develop between her and Rogers. This dynamic particularly works because of their very different backgrounds – with Black Widow being involved in highly questionable missions while Captain America is always aiming to stay on the straight an narrow. Much of the comedic relief in the film is in the dialogue between these two characters, when Black Widow teases the Cap about his lack of love life. 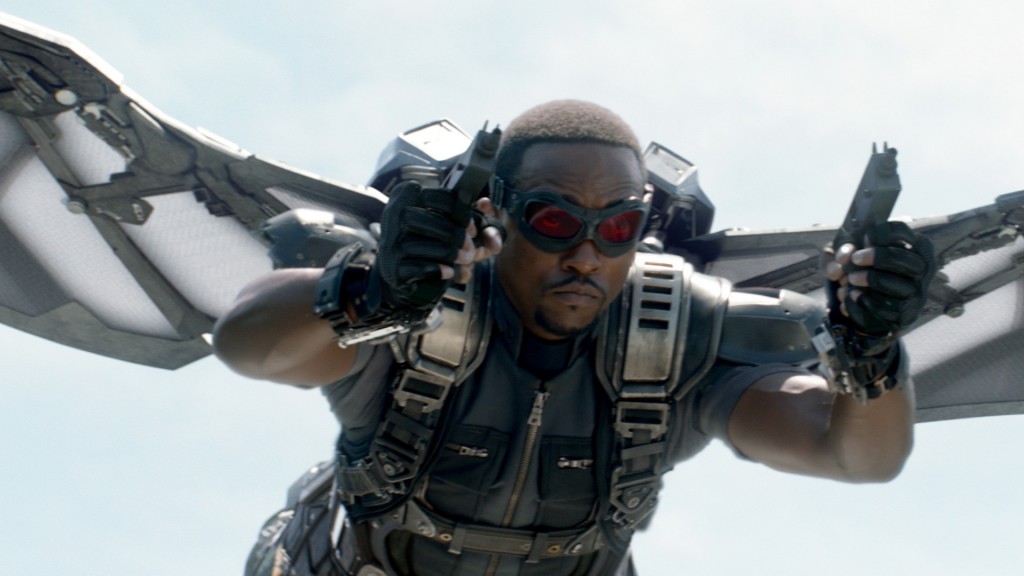 Trust in friendship is a major theme running through the film. The Cap doesn’t know who to trust – especially when it comes to Nick Fury and Black Widow. He finds the secretive ways of SHIELD too much for him, finding a kindred spirit in ex-soldier Sam Wilson instead. As a soldier, Rogers feels that he needs to be trust those who he is fighting alongside. Some might call him naïve, but he’s got a point. Trust is integral to friendships, success in the battlefield, as well as feeling good about yourself. And when it comes to an old friend betraying you? He and Nick Fury deal with it in very different ways – while Fury condemns his old friend, the Cap turns all Luke Skywalker on us (‘I believe there is good in him!’).

Captain America is the superhero for me

I would always have thought that my favourite out of a bunch of superheroes would the dark, broody one. I’ve surprised myself. Steve Rogers is definitely the one for me. Firstly, I love a good underdog. In the first Captain America film we got the story of the ultimate underdog. Once Rogers became a superhuman, he never forgot what it was like to be the scrawny one no one wanted on their team. He’s an underdog come good, who will always fight the corner of any other underdog who might need him. 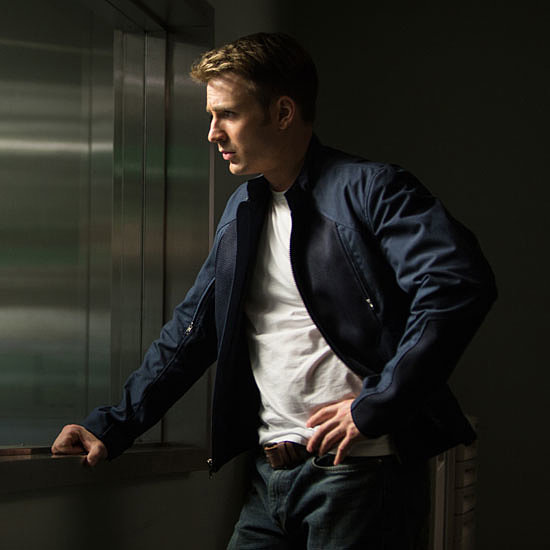 Meanwhile, his stars and strips uniform combined with (let’s face it) his over the top patriotism might make someone just a tad douche – but not Steve Rogers. The man believes so sincerely in everything he does that you can’t help but look up to him for positive and optimistic attitude. At the same time, he isn’t one to ignore the bad. He is conflicted – he wants to do good but doesn’t always know what that is. While he’s conflicted, all I want to do is give him a hug. Wouldn’t you?!

The goody-two-shoes thing is not generally sexy. Let’s look at Superman (Henry Cavill being the exception, cause damn that man’s a looker). Superman is too goody-goody for my liking. There’s rarely any personal conflict or doubt – he just goes around doing the right thing, cause well, that’s what he does. The Cap has the good sense to question things, still be a flawed human (because, yes, he is a human), while remaining reliable, trustworthy, and someone you always want on your side. If this isn’t ‘gritty’ enough for you Christopher Nolan lovers, I apologise. Forgive me for wanting to believe that there are good (but still flawed and ‘real’) people out there.

Verdict: Great film. The best of the Marvel sequels so far, hands down. The Winter Soldier is a happy medium between the silly fun of the first Captain America film and a darker, grittier approach to a character that is trying to deal with a very different world.

Previous: The importance of a good soundtrack: The mood is in the music
Next: The Acquirers: Action Stations