Home / Creative Industries / Getting pumped for NaNoWriMo through music 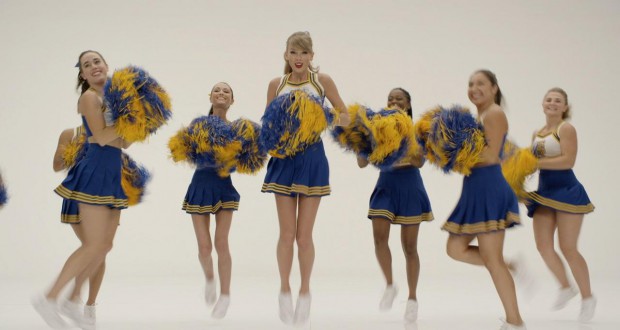 NaNoWriMo is all about quantity over quality. Quality comes later. As any writing course will tell you, your first draft won’t be good. No matter how awesome you think you are, you just aren’t that good. Sure, I wish everything my fingers typed was pure gold, but it doesn’t work that way. As Chuck Wendig often reminds us, ‘Writing is rewriting’. 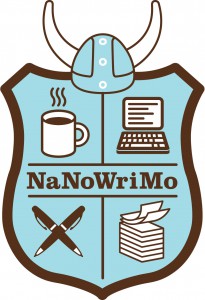 Having said that, one of the hardest things about writing – especially getting that word count cranked up quickly – is the ability to turn off your inner editor. You know the one, that little voice in your head that constantly chants ‘that sucks’ at you as you furiously type away (or scribble if you go it old school with pen and paper – and much respect if you do). NaNoWriMo can be incredibly freeing for authors who feel constrained by worries of potential market, reviews, and selling their finished product to agents and publishers. November is the month to take risks, to write whatever comes into your head without that pesky filter switching off your creativity before it leaves your fingers.

But how do you switch off the editing part of your brain so you can get on with writing? Good question. First things first, remind yourself (and do this often) that everyone’s first draft sucks. If anyone tells you that your favourite writer’s first page-vomit was the most precious piece of prose they have ever encountered, they are LYING. Big fat lies. The biggest. Everyone has a first draft, and the drafts continue on from there… everyone edits, rewrites, gets feedback from beta readers (whether they are friends and family, professional editors, agents, publishers, etc). 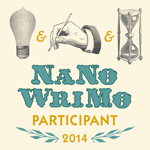 Something I find helps me is the use of scroll – might sound silly at first, but if you keep your page scrolled so that most of the text is off screen (or use a spare blank piece of paper to cover previous writing if working the old fashioned way), I am not tempted to read back on my work. If I don’t read back on my work, I can’t edit it then and there. When you do eventually internalize the ‘write now, edit later’ mentality, you will find yourself feeling free to write without the quality pressures that dog us writers, so needy with our self-loathing and low self-esteem (or is that just me?!).

While we try to battle against fear, anxiety, procrastination, and writer’s block, I’ve found it helps to have some inspirational songs to keep me going. Yes, I realize that sounds incredibly corny, but stay with me… Before I sit down to write, I need to get into a mindset of being free to just WRITE! Here’s my list of ten songs to get you into the right mindset, and hopefully there’s something for everyone, no matter what your musical taste is.

Let It Go by Indina Menzel (from Disney’s Frozen)

This song is the greatest inspirational song ever. There, I said. Fact. What better sentiment to get you to slough off thoughts of what others might think of your writing than singing at the top of your voice ‘Let it go!’ Be like Elsa, don’t let your fear of rejection or critical feedback stop you from writing.

All Fired Up by Pat Benatar

Are you staring at the blank page and feeling like you can’t do it? Well, channel The Little Engine That Could and tell yourself you CAN do it! No, still not helping? Well, maybe Pat Benatar can get you all fired up!

I personally love this track. Eminem discusses his early fears of not being able to speak his mind for fear of upsetting people and how he has learnt that you have to have guts trump fear every time. Get out your thoughts. Get out that novel. No matter what it is, stop being afraid and do it! Eminem says so!

Flashdance… What a Feeling by Irene Cara

The 80’s were a golden time for inspirational power ballads and they don’t get much better than this. The message? Believe in yourself! Seriously, you can do it! 50,000 words isn’t that much! It’s only 1,667 words per day. You’ve got this under control!

You Can Call Me Al by Paul Simon

This one might seem out of place at first, but hear me out. This song talks about mistaken identity and embracing it. I love this idea. Hiding behind a pen name, or even simply an author/online ‘persona’ is incredibly liberating. Fiction allows you to do this no matter whether you use your own name or a pen name.

Take it from Timon and Pumbaa, the ultimate life coaches… have no worries! In other words, just stop stressing about it and do it! Lighten up and have some fun. If you decided to take on NaNoWriMo you must enjoy writing, so stop worrying about the quality and get on with doing what you love!

Shake It Out by Florence + The Machine

Get that devil off your back! In this case, your critical voice that wants you to go back and edit that last sentence to within an inch of its life is the devil. Do away with it!

You’re the Voice by John Farnham

Writing a book is all about you. Don’t think about the readers yet, who might like it, what market it fits into. This is about you getting your story out there, it’s all about your voice. Embrace that. Write the book you need to write and that you would want to read.

Shake it off by Taylor Swift

I can’t stress this enough: there are going to be people who don’t like your writing. Every amazingly successful writer has some critics. As Swifty says so eloquently (and with such a ‘sick beat’), ‘Haters gonna hate.’ If they’re gonna hate it anyway, forget about them.

Don’t Stop Me Now by Queen

Whenever I get on a roll with my writing, it’s this song I hear in my head. But it might help to get you fired up as well. The track might easily pull you along with it as it races towards the finish line.

Get your writing groove back! 4 ways to develop a good writing habit

Previous: Binge watching: Wonderfalls (2004)
Next: Interstellar: Mankind’s next step will be our greatest