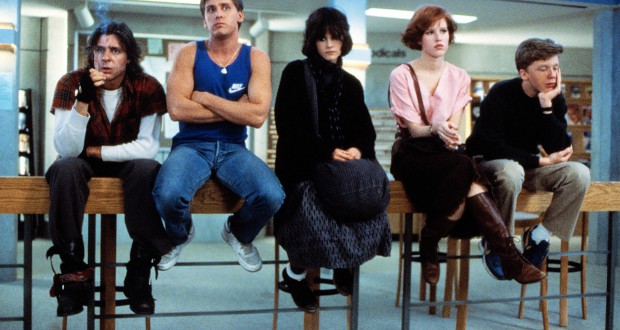 The Breakfast Club: 30 years of the brain, athlete, basket case, princess, and criminal

2015 marks 30 years of John Hughes’ cult classic 80s teen film The Breakfast Club. I remember when I first discovered this film, it was showing on TV at 2am. The TV guide had given it 5 stars, so I set up a video (yes, those were the days of VHS recordings!) to record it. The Sunday afternoon I sat down to watch it I was so blown away that I immediately rewound the tape and played it again (don’t you love remembering old fashioned tech?!). My love affair with The Breakfast Club was born. 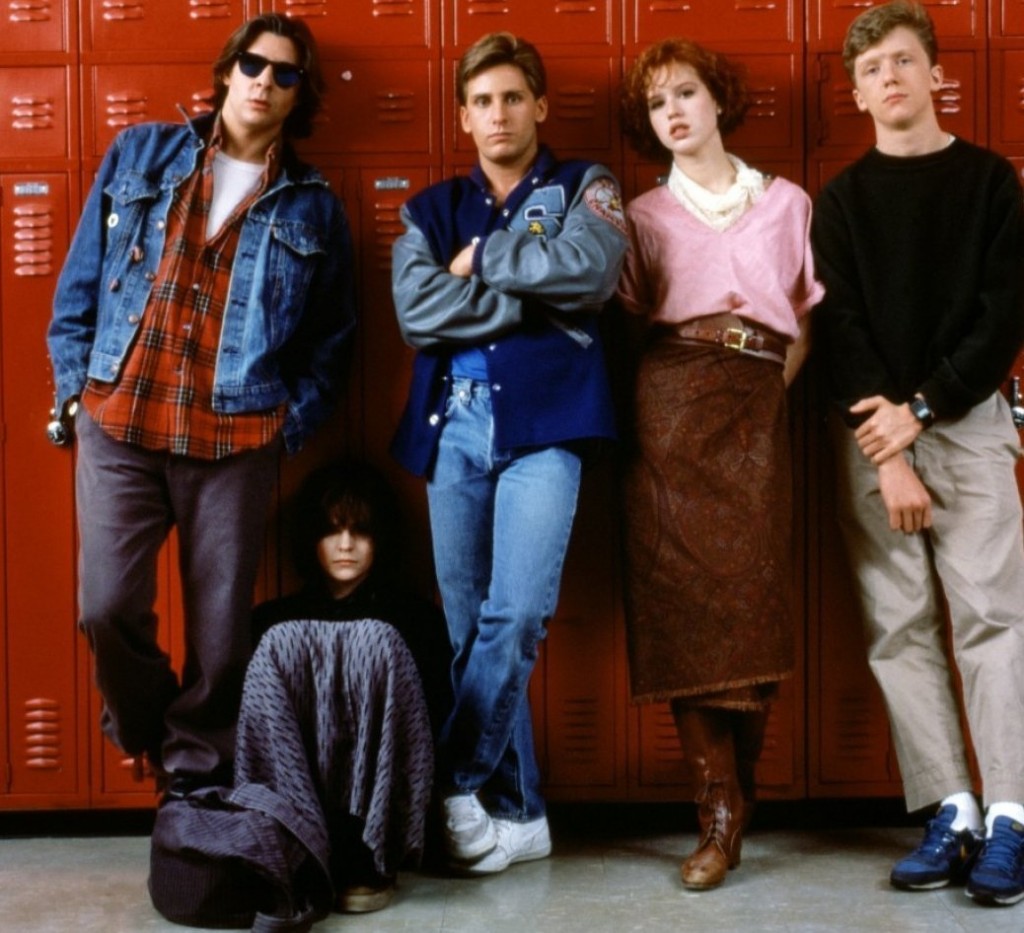 These days, when people discover that The Breakfast Club was written before some of John Hughes’ other classics, they are surprised to find the studios preferred the more offbeat Sixteen Candles. Whatever their concerns were about the now iconic teen film were unfounded. The film was Hughes’ directorial debut, which he followed up with another classic, Ferris Bueller’s Day Off (filmed at the same school, Maine North High School).

But what does make The Breakfast Club so good? It has resonated with audiences for 30 years and shows no signs of feeling outdated and no longer relevant. For a film that takes place almost entirely in one room, with limited ‘action’ scenes, mostly focusing on character development through dialogue, on paper it seems like it shouldn’t work. And yet, it works so well you will want to re-watch this film over and over again until you find yourself quoting the entire thing in your sleep.

The universal experience of being a teenager

By covering a number of stereotypes with the broad range of characters in The Breakfast Club, Hughes is able to touch on an almost universal experience of being a teenager and life in high school. This isn’t just a story for those who found themselves on the outside, it covers the experience of jocks and popular people as well. And with all of that, the film brings all these disparate groups together, forcing them to interact with the stereotypes they would usually completely avoid. It doesn’t even shy away from the fact that when normal school resumes, they will go back to their ordinary way of life, ignoring each other as they always do.

‘We’re all pretty bizarre. Some of us are just better at hiding it, that’s all.’ 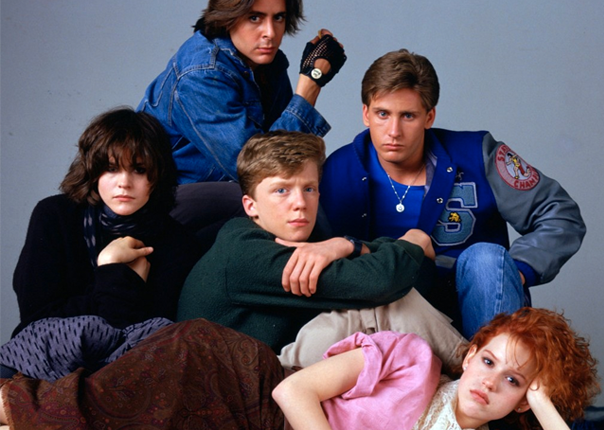 At the end of the day, no matter whether you are popular, a geek, or one of the ‘bad’ kids, at some point you will feel like you don’t belong in your own skin. We all question our place in life and whether or not we’re normal. That’s the beauty of The Breakfast Club’s core theme. No matter how different we think we are – and sure, we are all different in our unique ways – we are all the same as well. If we are all different, all a bit weird, we all fit in purely by being ourselves.

The film also touched on issues that became increasingly relevant as time went on – the pressures on teenagers to succeed. For many high school students, the academic pressures they face are incredible. In order to succeed, get into the best colleges, they are spending more hours doing homework than they are even spending in the classroom. How are they meant to have lives outside of school if that’s the case? Is it really what they want for their own lives or are completely agency-less in the story of their lives? Andrew’s experience of pressure from his father to be the best sadly rings true for an ever-increasing number of young students.

Uplifting and positive without being preachy 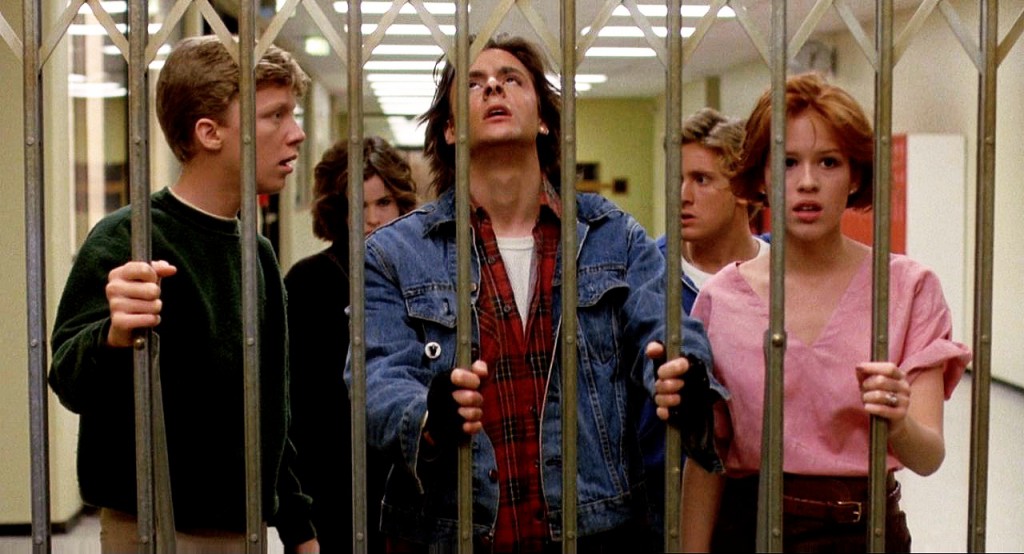 While exploring general feelings of isolation, anxiety, and social pressures felt by high schoolers, The Breakfast Club also creates a rather hopeful impression of the future. These kids, while struggling with their identities and other bullshit they have to endure, all have very positive attributes mixed in. Take Brian for example, he needs fake ID to vote not to drink. And while yes, this is an extension of the stereotype, it’s also a brilliant example of how young people do actually have an interest in politics and what is happening in the wider world.

‘You do everything everyone tells you to do and that is a problem.’

Each of them calls out another on their greatest weakness while helping each other discover the beauty in themselves. By the end of the film, they might not have seriously changed, but each of them learn to embrace who they really are. And while the overall theme is uplifting and definitely glass half full, it never tries to say that kids shouldn’t be other than what they are. It is remarkably free of judgement, not even presenting the marijuana use in a negative light. The film gives us a window into the high school experience, and what we find there is remarkably honest. 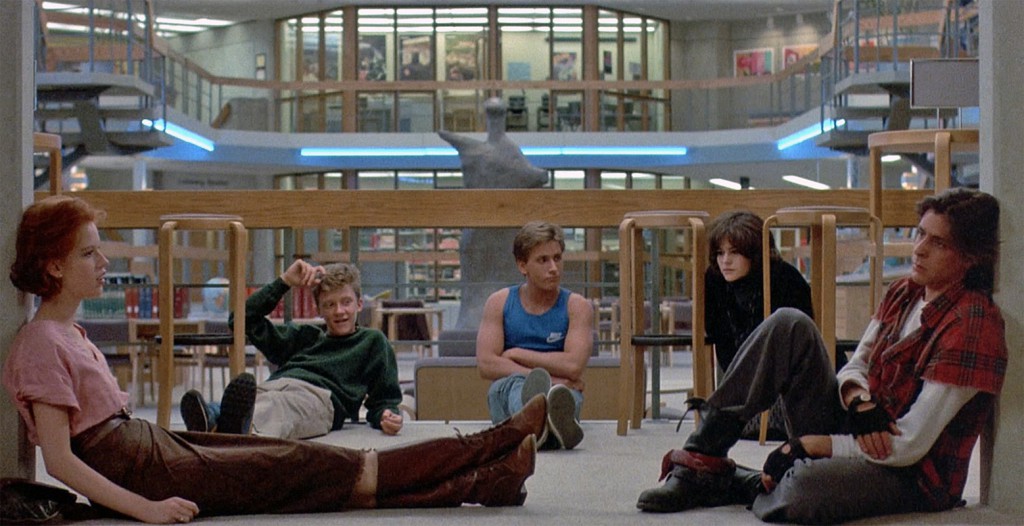 The Breakfast Club will undoubtedly find new fans with every new generation. The experience of its characters is almost universal and creates a positive outlook on the teenage experience without glossing over some of the more negative aspects.

Re-mastered with bonus interviews, the film will be shown on selected US screenings on March 26th and 31st. Look for confirmation from your local cinemas to see if it will be screened near you.

Previous: Tales of Mulder and Scully: The X-Files returns
Next: Humber Boy B by Ruth Dugdall