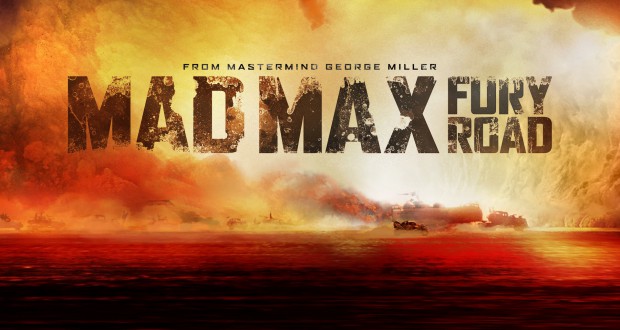 The fourth installment of George Miller’s post-apocalyptic series Mad Max sees Tom Hardy taking up the mantle of the titular Max. The film has been awarded almost universal acclaim, praising the acting, directing, and depth for a blockbuster action film. And while I agree that there is a lot to like about the balls to the wall action film that is Fury Road, I couldn’t help but notice it’s flaws. Is it so wrong for me to want better characterization for the main characters or context to the world?

‘The future belongs to the mad’

Returning to the post-apocalyptic wasteland of Australia, we find things somewhat changed from what we’ve seen in previous installments. This is not simply a world struggling with resources after the collapse of centralized government and widespread lawlessness, this world is sick. Most people are born with deformities and few live long lives. Even fewer women are fertile at all. These weaker humans, born with major health issues, are used as disposable cannon fodder by their warlord, Immortan Joe (Hugh Keays-Byrne), driven by unwavering belief in a better afterlife. 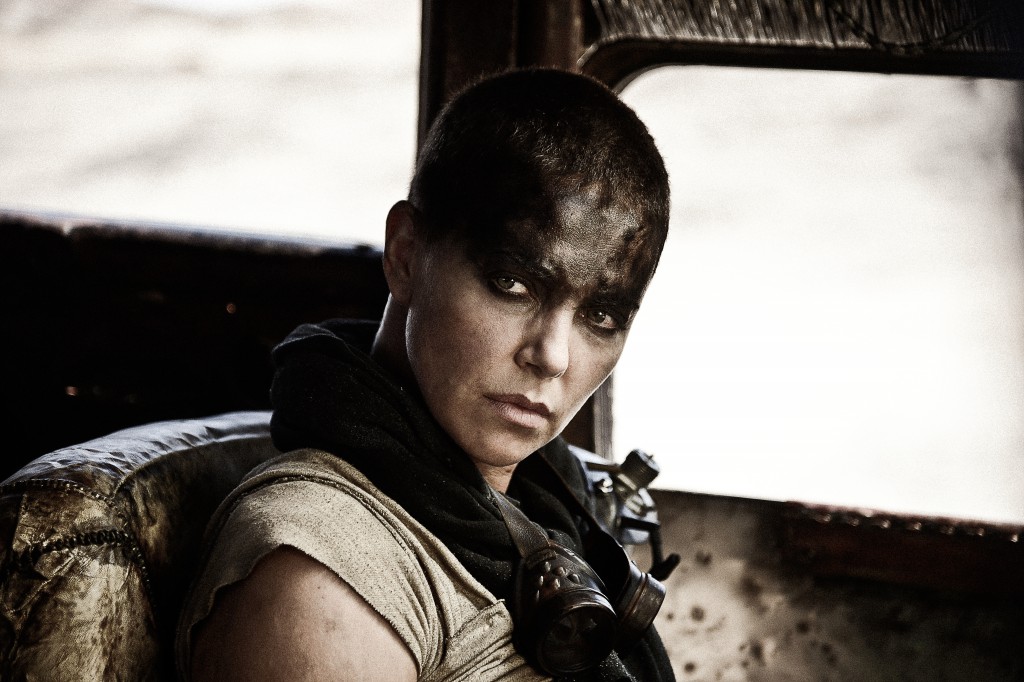 Immortal Joe’s favourite ‘wives’ (aka breeding women) beg Imperator Furiosa (Charlize Theron), one of Joe’s most respected War Rig drivers, to help them escape. On a seemingly routine trip to Gas Town, Furiosa drives off route, having secretly stowed the Five Wives on board. Immortal Joe is furious. He finds back up from Gas Town and Bullet Farm, and a massive war party heads out in an attempt to recover his wives.

Meanwhile, Max (Tom Hardy) has been captured by a raiding party and is being used as a ‘blood bag’ for one of the weak War Boys, Nux (Nicholas Hoult). During the first attack on Furiosa, Max frees himself from Nux and joins Furiosa and the wives on their attempt to reach the ‘Green Place’.

Just accept this is how it is 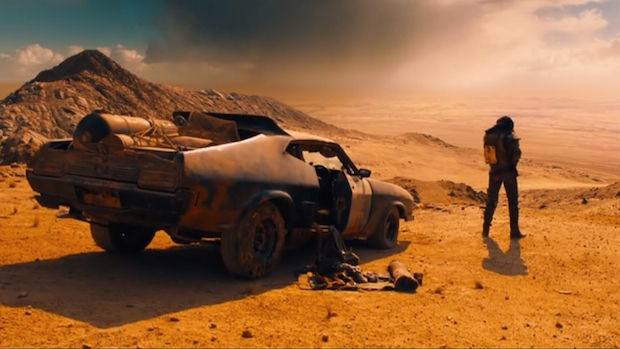 There is zero explanation of why the world is the way it is, or even why the characters act the way that they do. A reliance on archetypes can only go so far, and the only one that does benefit from the teensiest piece of backstory is Furiosa. While an argument could be made that the world has already been established in the previous installments, I don’t think that’s a good enough excuse to give zero pointers within Fury Road about why the world is the way it is.

Come on, George, we are taking a lot on faith here. My level of suspension of disbelief is being cranked into overdrive and I’ve still got questions. For a world with so many issues relating to scarce resources, why are they so incredibly wasteful? They all drive fuel-guzzling beasts while gasoline is supposedly hard to come by. In previous installments, ammunition is also very rare, but now it appears that everyone has ample firepower. They only seem to run out of ammunition after being on the run and having blown the shit out of countless war parties (and, well, fair enough, even someone in our world would have that issue). And yet, while they are so wasteful with precious resources, they are determined to carry on humanity with their attempts to thwart breeding issues. If you want humanity to carry on, wouldn’t you want to protect those precious resources? 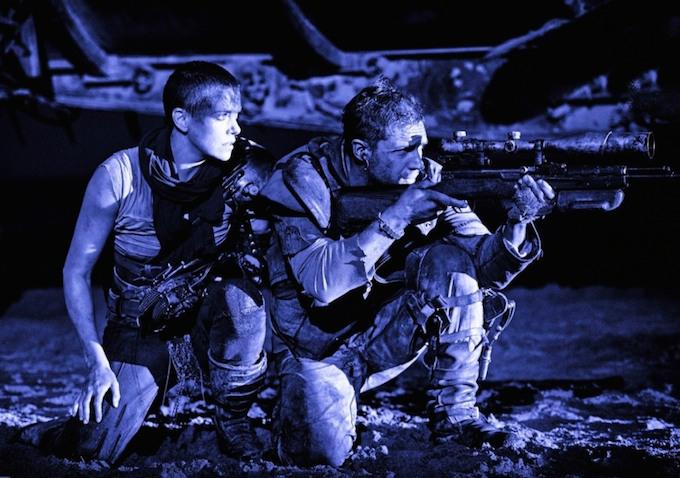 The film works with very little dialogue. It reminded me of Conan the Barbarian in that way, and that’s not generally a good thing. While I understand the sentiment behind it, Miller quoted Hitchock’s desire to make a film that could be understood in another language without subtitles, but that doesn’t mean that actual plot, characterization, and growth should be pushed aside in favour of nothing but action. And let’s be frank, there are almost no scenes that aren’t fight scenes. You have a very traditional piece where we see that the warlord is a bastard and keeping the resources from his hard done by people, and in the third act we see despair acted out again in a way that needs no verbal explanation. But verbal communication was invented for a reason and most films do benefit from including dialogue. This film could have been so much more if it gave us something a little bit more. 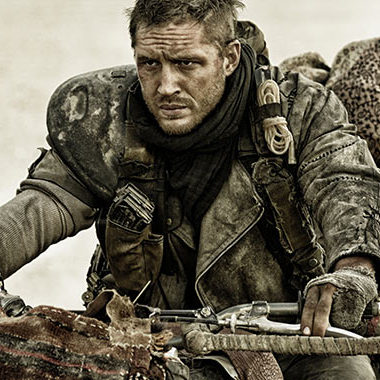 Max could easily be transported into any Spaghetti Western. He even withholds his name from his travelling companions until the very end – almost making him the man with no name. We know he’s troubled by the people he couldn’t save, he gets flashes of harrowing visions of them whenever he finds himself in the heat of battle or even trying to get a few minutes of shut-eye. But that’s it in terms of characterization and beyond his drive for survival; we have no idea what his motivations are, why he helps these women, and then why he leaves. There is no character growth for him. Even if we accept the ‘drifter’ aspect of his character, from what we’ve seen, there’s no money or food to be made with that life. He might have overthrown one warlord but any of the others would be happy to capture and use a universal blood donor for their own ends.

Perhaps this lack of characterization is what drove the men’s rights activists to organize a boycott of the film? I’m not sure I agree that the film is all about a feminist agenda. Max is still a total badass, very capable of looking after himself and everyone around him. I’d agree that this is really Furiosa’s film, but Max is still doing his traditional Western role of coming into other people’s lives, helping them claim what should be theirs, then buggering off. As for some kind of feminist agenda ‘ruining’ action films? If all it takes are some badass women and pointing out that using women as sex slaves is something to look down on, well, colour me glad that this is taking place in action films.

We had a filmmaker that understood the truth of women is powerful enough and we don’t want to be put on pedestals or made to be unnaturally strong. 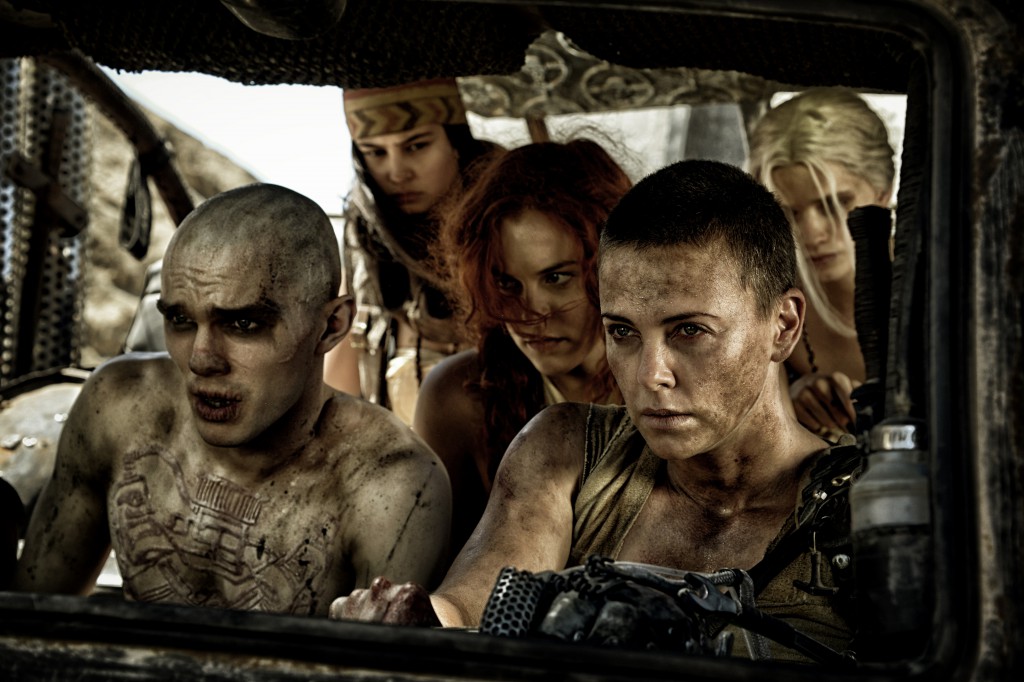 Mad Max: Fury Road was one of those strange films where there was nothing wrong with what was presented to us – in point of fact, it was brilliant (cinematography, acting, sets, score) – but the issue lies in what we weren’t given. And the missing pieces meant that the story element fell flat. Having said that, it was still enjoyable. Who doesn’t love a good action film with explosions, dirt, fire, guns, and so on?

Thankfully, when the film could have done a very standard ending to a post-apocalyptic film (think Children of Men), it actually turned the trope on its head. Instead of leaving the audience with a tantalizing whisper of hope, with characters heading off into the distance in search of something better, we have them acting with far more decisive agency – they turn back and attempt to make something better out of what is there. This is tangible, real.

Verdict: Action-packed thriller that never takes its foot off the accelerator. It’s one hell of a ride, but you’ll be left wanting if you expected any three dimensional characters or plotting deeper than an impressionist painter’s brush.

Previous: Cibopaths and saboscrivners: The tasty flavours of Chew
Next: Theatre Review: Man and Superman