Home / Books / The Gospel of Loki by Joanne Harris 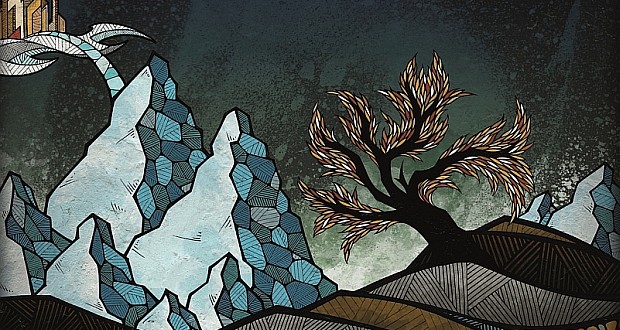 A number of reviews of The Gospel of Loki have talked about it as Joanne Harris’s first fantasy novel. I find that baffling. What about Chocolat and its sequel The Lollipop Shoes? They might not have been quite so ‘out there’ with the fantastical elements, but they did include a little magic. And where there’s magic, there’s fantasy. Since then, Harris has written Runemarks and Runelight, both set in the world of Norse mythology. So, The Gospel of Loki, hardly a deviation from her usual writing, is more of a natural progression. 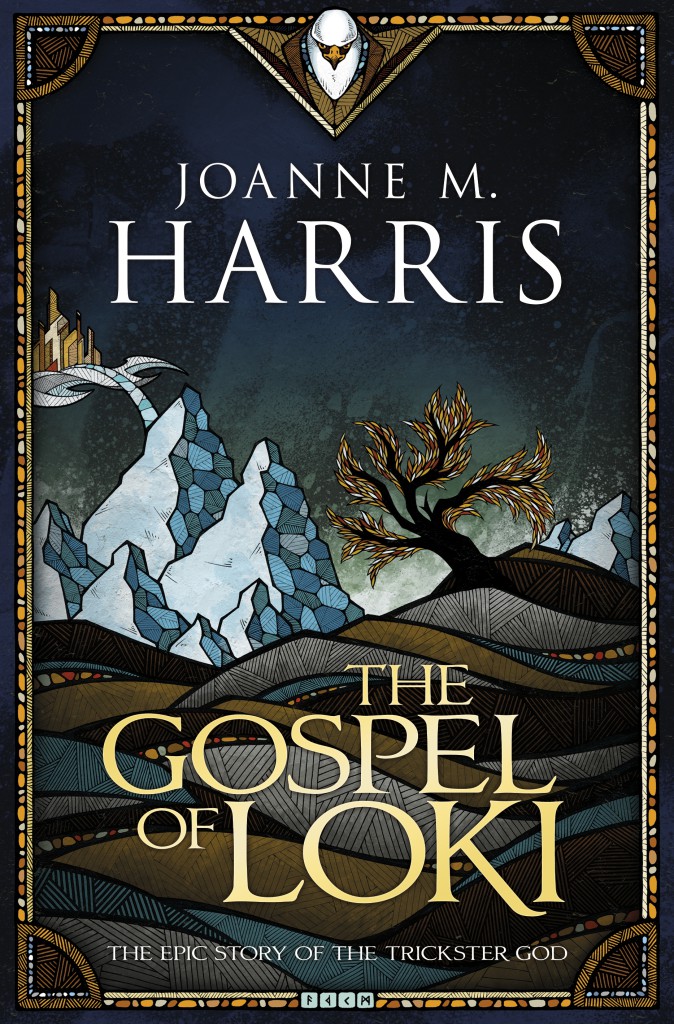 The Gospel of Loki gave rise to opposing feelings as I was reading. It was both addictive and frustrating, fun and tedious. How could it be both? Well, the character of Loki is fun and the story of the Norse gods (and their demise) is thoroughly entertaining, but the story never quite manages to build outside of its overblown narrative voice.

‘Change isn’t always comfortable, but it is a fact of life’

The novel is Loki’s telling of the rise and fall of the Norse gods, written after Ragnarök (aka the end of the world). Harris uses the term ‘gospel’ quite literally. These are teachings, lessons Loki has learned passed on to whoever might read them. With each lesson unfolds part of Loki’s story – how he learned such valuable lessons. The story is not one of great mystery – it’s based on very old myths, after all. From the beginning, Loki tells the reader that the world has already ended. We know shit is going to get real. The point of the novel is to enjoy the ride up until the downfall. 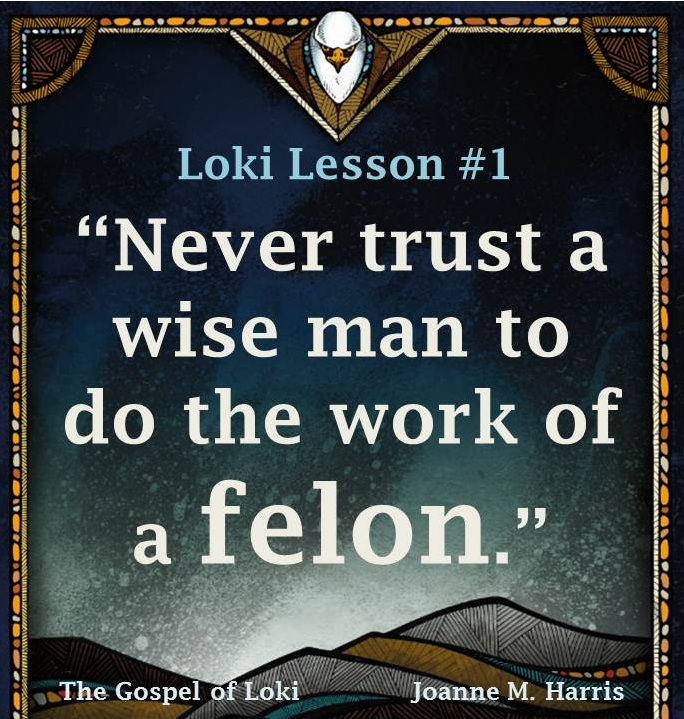 Called out of Chaos by Odin, Loki must adjust to life in the physical realms. While being a sworn brother of Odin’s, the other gods despise Loki for the most part. He is never truly one of them, never welcomed or celebrated like one of them. Instead, he makes himself useful to the gods, doing their dirty work. Despite helping the gods out of a bind, time and time again, Loki is still barred from the inner circle. No one ever grows to trust the trickster completely.

It becomes a chicken and egg situation – would Loki have been so treacherous if he’d been welcomed by the gods? As payback for their treatment of him, Loki begins plotting against the gods. But their downfall is already written in the stars, Loki only plays the role he was destined to.

I was really excited to read this novel. Old Norse mythology told from Loki’s perspective? That’s a brilliant premise for a novel! Immediately you have a narrator with personality and charisma oozing through the page. And it works… up to a point. While having a unique voice is important, Joanne Harris goes too far with The Gospel of Loki. Using ‘catchphrases’ or other repetitive traits to help define a character can wear thin, and boy does it ever in this novel. There are so many phrases repeated throughout I started to wonder whether she wasn’t simply trying to pad the word count (yes, I know, that’s slightly unfair, but still…). Some of the repeated expressions the reader must suffer through include ‘More of that later’, ‘Yours Truly’, ‘Your Humble Narrator’, ‘Suffice it to Say’, and ‘I had no choice’ or ‘What choice did I have?’. 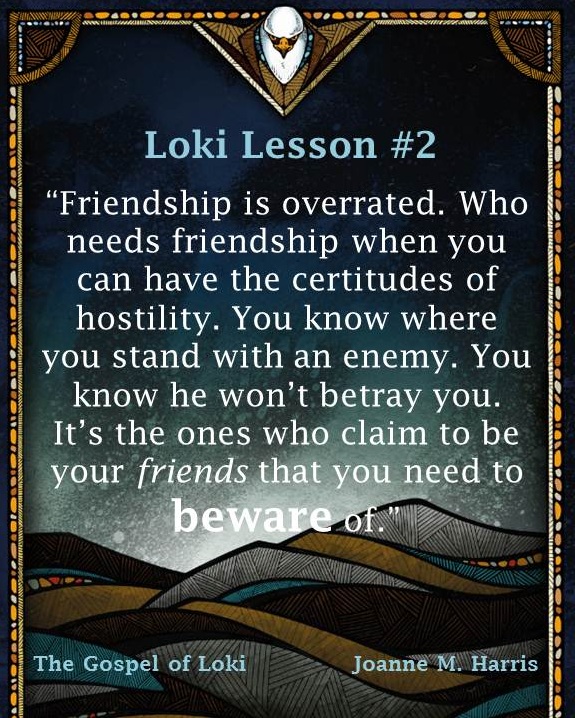 If that weren’t enough, there’s a real problem with the unreliable narrator aspect. I love a good unreliable narrator, but when you have one, it’s important to at some point craftily acknowledge to the reader that they shouldn’t be believing what they’re told. I never found such a moment in the book. Instead, Loki tells us constantly that he’s untrustworthy while the prose lacks any clever hints that he might not be telling his readers everything – or the truth. Loki’s actions within the story often show him to be every bit the dishonest, trickster god we’ve heard of, but the story is given to the reader as a straight forward, face value telling of events from his perspective. With something like Lolita or my favourite Edgar Allen Poe short story, A Tell-Tale Heart, there are always points where the reader can see beyond what the narrator is telling them, but that piece is missing in Harris’s novel.

Despite its flaws, The Gospel of Loki is very readable. The kind of thing you can quickly, easily devour over a weekend. It doesn’t require much conscious thought to follow along with the plot and most people should have at least a basic awareness of who most of the characters are already. It’s a fun yarn, but it won’t be blowing you away with its prose, story structure, or originality. But maybe that’s not what you’re looking for when enjoying a retelling of well-known myths?

Verdict: Good beach or airplane read, but nothing to really get your teeth stuck into. If you have a short fuse for irritating character quirks, steer well clear of this one.

*Note: I received a review copy of this title in exchange for an honest review.

Previous: The Wachowskis’ Sense8: 12 long hours of confusion and cliché
Next: Reloading the Canon: Alex Harvey & notes from time