Home / Books / Made to Kill by Adam Christopher 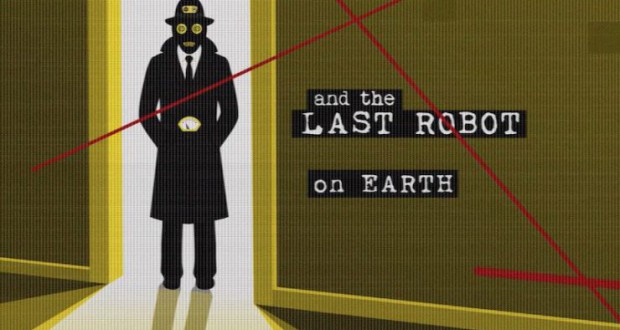 From the blurb, Made to Kill sounded like it was 100% made for me. A science fiction noir with robots? Sign me up! My love affair of the noir genre began in childhood after discovering Humphrey Bogart in The Big Sleep and it has only grown since then. Perhaps Made to Kill would work better for tourists to the genre, readers who won’t be disappointed with the superficial nods to tropes. Ultimately, Made to Kill is let down by the prose as well as several undercooked premises.

The premise is standard noir fare up to a point. A beautiful girl walks into a P.I. office with a bag of untraceable gold bars and asks the detective to find someone – and kill him. But our investigator is not the usual noir Private Dick. He is Raymond Electromatic (no doubt a nod to Mr. Chandler), the last robot left after a failed government experiment years earlier. The case leads Ray to the very heart of Hollywood with some of the biggest screen stars of the time and a hell of a lot of radiation. Can Ray solve the case before he becomes to the tool of a sinister conspiracy?

On the surface, I love the idea of a robot detective. But it does come with certain drawbacks, the most obvious being the lack of a ‘dark past’, something almost every noir does contain. There is a slight hint at this with Ray’s relationship with his creator, but given his lack of emotional resonance (he’s a robot, he has no emotion) it means little. The lack of emotion makes characterization difficult, as does the lack of threat – he does care about his own safety but so little in his world could do him damage that there is rarely a moment where the reader feels concerned for his wellbeing.

‘Eva McLuckie, looking a hell of a lot like the Mystery Girl who had walked into the office with a bag full of gold and an offer I couldn’t refuse.’ 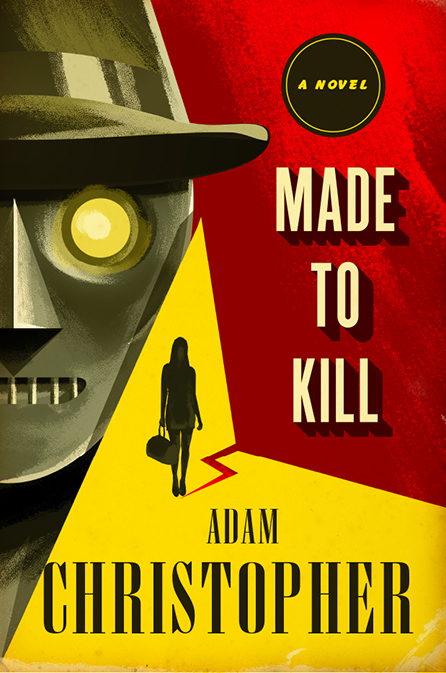 The mechanics of the robotics also pose a problem for the narrative. Ray works off magnetic tape memory, only able to remember the past day (like a scifi version of 50 First Dates). The work around the author uses for this is the supercomputer Ada, who runs Ray’s life. But this removes a lot of Ray’s agency and even much of the deducing work. He becomes an even emptier shell. Then of course there are moments of memories that Ray couldn’t possibly have if his memory is wiped every day (like his last moments with his creator, for instance). Adam Christopher relies on two things to get past this: 1) that Ray’s brain is based on a template of his creator (giving him a basic understanding of the world, presumably allowing him to know things like kids watch cartoons, Hollywood is the center of US filmmaking) and 2) that magnetic tape erasure isn’t 100%. These feel like quick fixes (that certainly don’t remove the issue) to a much bigger problem the author created for himself with Ray’s memory.

‘I walked across the computer room and reached for the door to the office and opened it and stepped through and then closed the door after me.’

Having a robot as the narrator is problematic in other ways as well. Christopher adopts a reporting style for Ray’s narrative voice. While this makes sense for a robot character it makes for dull, dry, and extraordinarily tedious reading. It’s plain bad writing, I don’t care what the intention behind it was. To write about events with ‘and then this happened and then this and then this…’ is an affront to readers everywhere. Perhaps I’m being harsh, but it really did not work for me. It felt like I was reading a novel written by an absolute beginner, something Adam Christopher is not. He should know better. To make matters worse, Christopher also adds in the odd metaphor that a dry robot like Ray shouldn’t be able to come up with if the rest of his language is so dry (for instance, ‘I crunched numbers like a kid crunching cornflakes in front of Saturday morning cartoons.’).

‘I frowned, or at least it felt like I did on the inside.’

If the repetition in the dry reporting narrative voice weren’t enough, Ray has a character tick that is beyond irritating. We get it – he is a robot but he has the mind template of a real person. But the author should have come up with other ways to illustrate his emotional response than frowning or smiling on the inside. Facial responses are certainly not the only way to illustrate ordinary human character’s emotional reactions so why should it be the default way to do so with a robot? Even if you liked this character tick you might think it was a bit much, it is repeated so often throughout the novel I started to wonder if it wasn’t added in later just to get the word count up.

‘It made me sick to my stomach to think there was someone else in charge. If I had a stomach, of course.’

There are other issues. The mystery is not terribly compelling or mysterious and the absolutely bloody obvious is reported back to the reader (multiple times) in case they are total dullards. But for me, these problems are entirely secondary to the prose and problematic construction of Ray.

Verdict: Made to Kill is a half baked attempt to emulate noir greats with little to recommend it. The prose is atrocious, the plot full of holes, and it never manages to be compelling. Do yourself a favour and pick up a Raymond Chandler novel instead.

Previous: The Godless by Ben Peek
Next: Supergirl’s death rattle