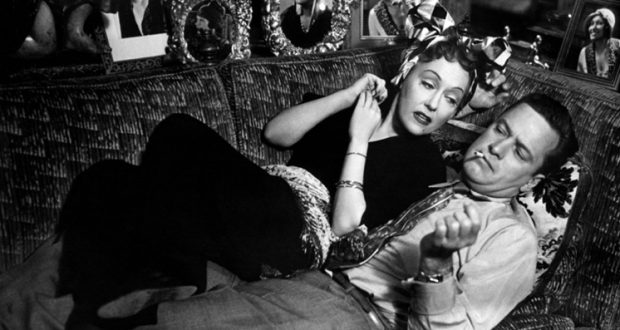 They don’t make films like this anymore. I realise Sunset Boulevard is well before my time and that I’m a tad young to be so nostalgic for the past, but I defy anyone to watch this classic without feeling this way. Billy Wilder has made some brilliant films and Sunset Boulevard is possibly his finest effort. It tackles issues that are more than relevant today – they are so relevant filmmakers now won’t touch them. The film deals with the way studios treat actors, the obsessions with youth and beauty, and the selling-out of artistic talent. 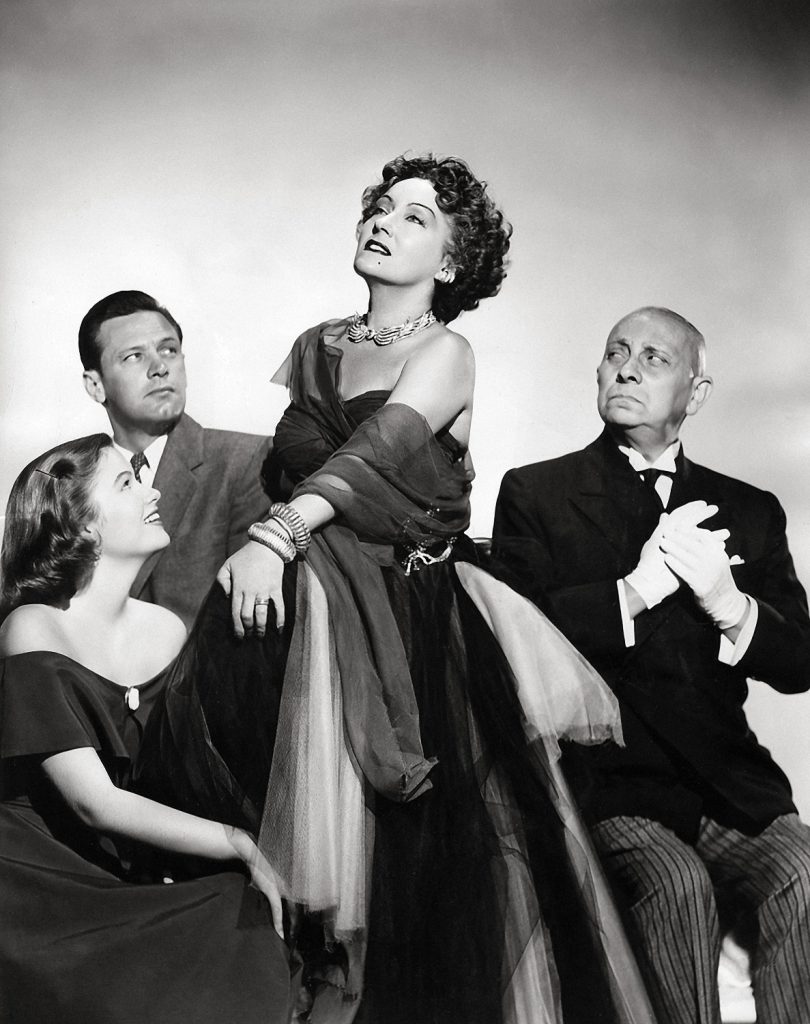 While ostensibly a thriller, it is not a question of ‘who dunnit’ but ‘what is it that pushes her over the edge?’ The film opens to a dead Joe Gillis, narrating events from beyond the grave. We know he’s dead, that he’s been shot in the back at Norma Desmond’s home. It isn’t explicitly said that she is the one who pulled the trigger, but it is almost immediately obvious. And incredibly, this knowledge of who, what, where, and how does not impact on the building of tension and suspense. In fact, it only heightens it. The pressure builds and builds until it becomes almost unbearable. By the time Joe meets his end it is a relief to the audience.

Wilder has created such complex characters that by the end of the film you aren’t sure who to root for. I hated and loved all of them for very different reasons. Joe is selfish and self-centered but I also understood his desire to make his career work. Norma is a tragic figure and also something more, you want her to succeed because she is driven and committed. She might be losing her grip on reality but she works hard and clearly had talent before microphones and sound stages invaded her world of silent cinema. Betty is sweet and naïve – traits I found both appealing and irritating depending on the scene and who I felt sympathy for at any given time. Perhaps the strangest and intriguing character is that of Max Von Mayerling (portrayed by Erich von Stroheim), Norma’s butler, ex-husband, and ex-film director. Devoted to the star he helped make, he chose to leave the industry in favour of serving the woman he brought into a world that used and abused her before unceremoniously discarding her. Every one of these weird characters is relatable in some way, with flaws so real you want to help each of them. What recent film has accomplished so much? 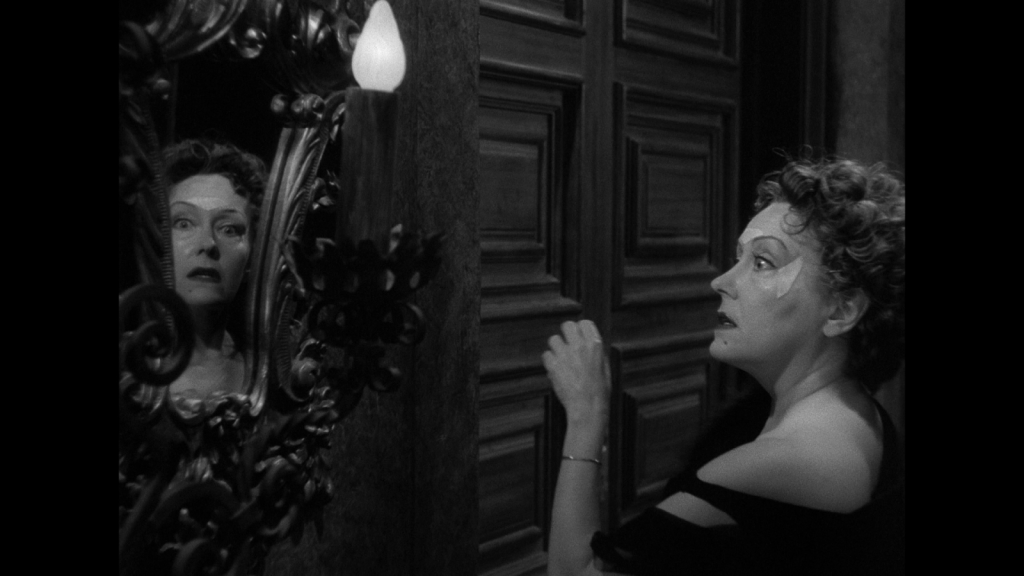 This is a film about Hollywood. It doesn’t paint a pretty picture. An ageing star no longer finds herself in starring roles – or any roles at all. Convinced she needs to ‘look the part’ she puts herself through excruciating and extensive beauty treatments. Does any of this sound familiar? 60+ years later and the women of Hollywood are still fighting against this ageist, beauty obsessed requirement that seems to only apply to women (leading men get fat, old, withered… and there they are, still on the silver screen).

William Holden might get first billing, but this film is all Gloria Swanson. Without her, it would only be another tale of a man not living up to his potential, squandering his opportunities, and being a rather selfish asshole. Swanson had art imitate her life somewhat. Unlike Norma Desmond, Swanson faded from silent film stardom with grace, moving away from Hollywood and moving into theatre and TV instead. But the fading celebrity that came with the change in cinema and her advancing age were real issues she faced. Something which imbues the film with credibility and heartbreaking satire. Perhaps one of the most disturbing aspects is just how stunning Swanson is – the idea that as an older woman (51 at the time) she wasn’t leading lady material anymore is utterly ridiculous. If beauty is a standard we have to judge an actress’s worth by, she passes with flying colours.

The film is also famous for its depiction of an affair between an older woman and a younger woman. How often do we see such things on screen today? There’s plenty of examples the other way around, in fact, you rarely see any film or TV show that doesn’t have a large age gap between the romantic leads (with the male way out ahead in terms of years). Montgomery Clift, who was originally cast as Joe Gillis, dropped out of the project for feeling he would be ‘unconvincing’ in being with an older woman. Why oh why would such a thought even cross his mind? Luckily, the wonderful William Holden stepped in and had no trouble participating in a dalliance with the stunning Swanson.

Portrait of an industry 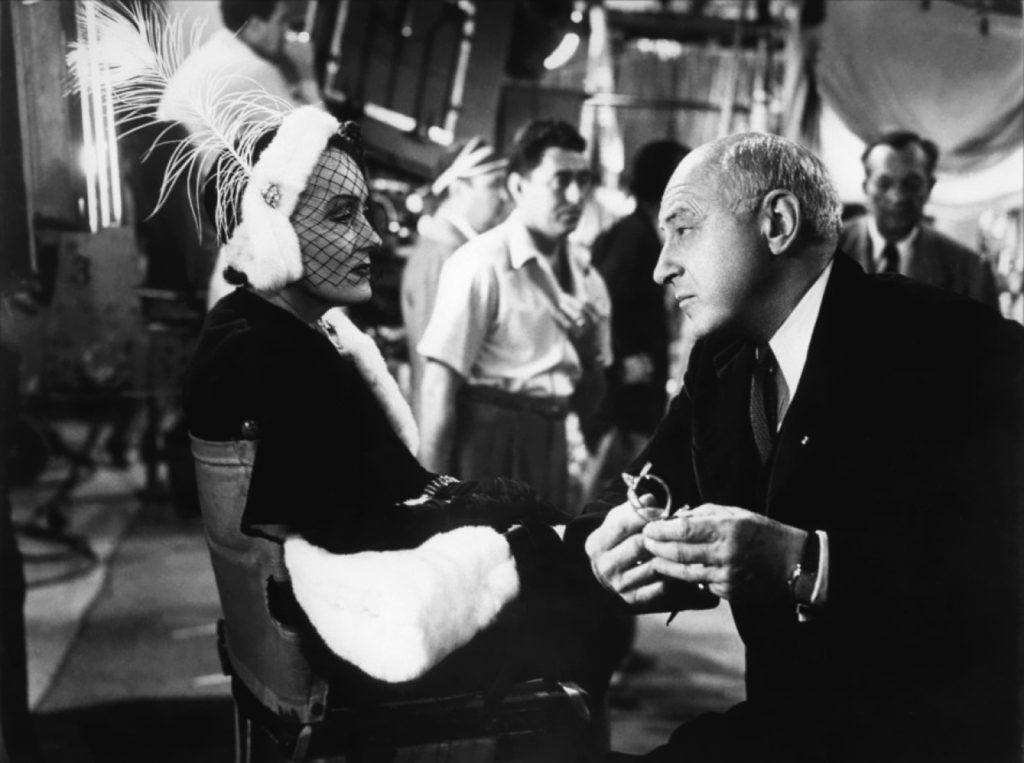 Hollywood saw a lot of changes from the silent film era to that of sound and then from black and white to colour. Many of the stars who had made a name for themselves in silent films, such as Gloria Swanson, Mary Pickford, Clara Bow, and more. The story of Norma Desmond was far from ‘invented’ and more common than the industry would have admitted to. Wilder captures the differences of silent films vs talkies with Norma’s repetitive focus on ‘faces’ – how in silent films they acted with their faces rather than relying on speech and other distracting performance pieces. In Sunset Boulevard faces give away so much of the character’s thoughts and feelings, leaving the dialogue as secondary in many places, that Wilder is, in a way, acknowledging the talent in the faces of his actors. It also makes for an interesting juxtaposition with his heavy use of voiceover narration – a staple of the noir genre. A silent film would never have had to rely on such long pieces of text to exposit a story.

Wilder was lucky in many ways. A well-respected auteur, allowed to write and direct very individual films with full support from studios. But his experience was a fairly unusual one (that isn’t to suggest that he didn’t work hard and struggle to begin with, of course). I suspect, however, that he was very aware that most other writers in Hollywood did not have it so easy. Talent doesn’t necessarily equal success and to sell a script, you had to impress everyone from staff readers to the big wigs controlling the budgets. Joe Gillis is a struggling screenwriter who once had grand ideas of writing meaningful scripts. Having failed to get anywhere, he’s tried everything else – he’ll write the most predictable swill he can come up with as long as it pays his bills. The more he sells-out, schilling shit scripts to the studio and pretending Norma’s script has merit, the more he hates himself. This isn’t just a story of a woman despairing at fading celebrity but also the despair of someone struggling to make it at all. Both sides of the spectrum in the dark world of Hollywood are represented in equally unforgiving terms. There really is no other film quite like it.

Previous: Suicide Squad: The worst of the worst
Next: BtGS: Virgins and villainesses (part 2)