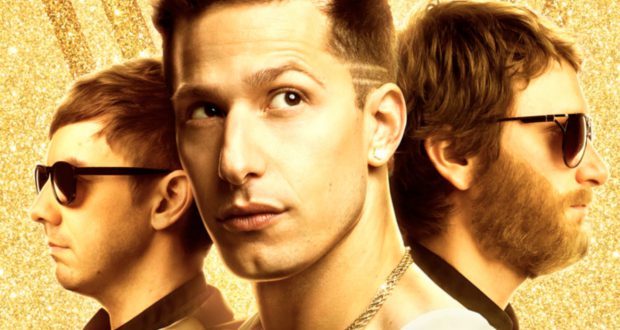 Parody films of this nature are like a blanket and a cup of tea on a cold day. Pure comfort. Popstar was never going to break the mold, say anything particularly new or incisive, or be the next big thing in comedy. I didn’t want or need it to be. All I needed was to have a decent laugh and know that things would work out by the end. And with the plethora of pointless musical documentaries made by big pop stars like Justin Bieber, Katy Perry, and One Direction, Popstar: Never Stop Never Stopping is the perfect antidote. 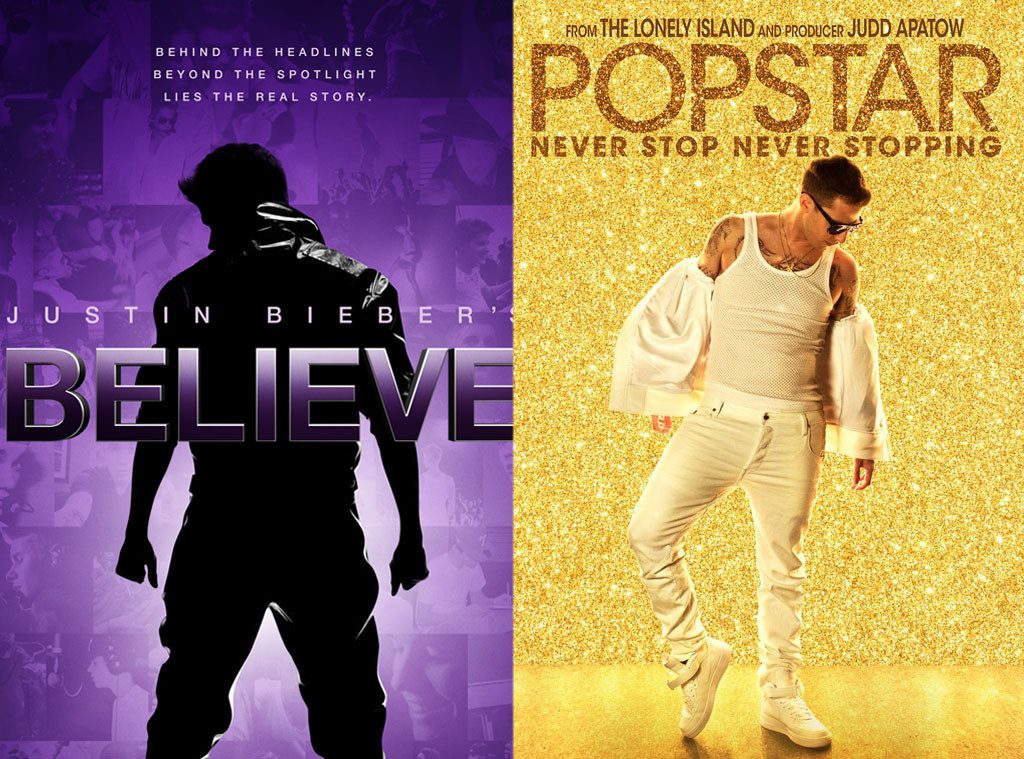 Similar to last year’s 7 Days in Hell, another Andy Samberg project, Popstar is a pseudo-documentary/mockumentary focusing on a particular industry ravaged by commercialism, greed, shallow media attention, and false personalities. From sports to the music industry, the messages are the same. Be a good person and don’t get caught up in the presentation over the quality of your performance.

The film follows Conner4Real, a successful hip-hop artist and pop star on the eve of the release of his second album. But success has gone to his head and any talent that he may have possessed has long since been overshadowed by frivolous nonsense. To the surprise of no one but Conner, the album flops. The follow-up tour flops. Others around him find success, his career fades into obscurity. Is the answer to go back to the hip hop group that launched his career? Of course it is!

‘Conner’s music may not be what I listen to in my free time, but it seems to make so many people money.’

All the sarcastic thoughts you’ve ever had about A-list pop stars are expressed in this film. As such, none of the comedy is groundbreaking; it isn’t controversial or particularly witty, but it is the expression of what we’ve all been thinking. All the music industry clichés are represented. There’s the childhood friends who formed the group, the group break-up, inflated egos, publicists who don’t like the music, stupid gimmicks for releasing music, outrageous stage antics, fake relationships for the cameras, sycophants and hangers on… The parodies aren’t subtle, either. The release of Conner’s new album through everyone’s household appliances is their version of U2’s album push to iTunes, for instance. 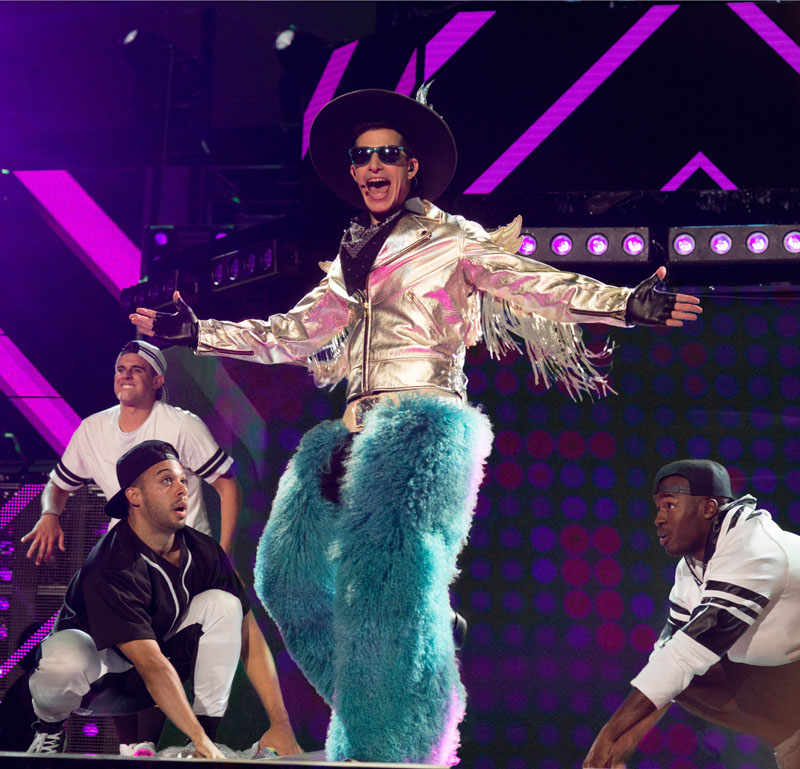 Like many parody films, this is hardly a character study. Popstar works on the shallow level of the media coverage we do see of the industry. As such, none of the peripheral characters are any more than caricatures, as Conner is as well. But that’s ok – this kind of film isn’t trying to say anything new or different, it isn’t trying to reinvent a genre, it’s simply poking fun at the endless nonsense. And it does so with catchy, stupid songs and hilarious cameos (Mariah Carey even pokes fun at herself… got to admire The Lonely Island boys for making that happen!). The cameos include Emma Stone, Justin Timberlake, Akon, Adam Levine, Weird Al, 50 Cent, Ringo Starr, Arcade Fire, Pink, Snoop Dogg, Usher, Simon Cowell, Jimmy Fallon, Michael Bolton… The list goes on.

The performances are solid, but not outstanding. On par with what you would expect from the trio who cut their teeth on SNL. Samberg thrives in roles where he gets to act like an OTT jackass with no self-awareness, a skill he has honed on Brooklyn Nine-Nine. While Akiva Schaffer doesn’t have much to do on-screen (he co-directs with Jorma), unlike Jorma Taccone, whose Owen is the everyman of the piece. Now, admittedly, I like a pretty face, and Taccone is very pretty. So I don’t mind that the character was a bit nothing… 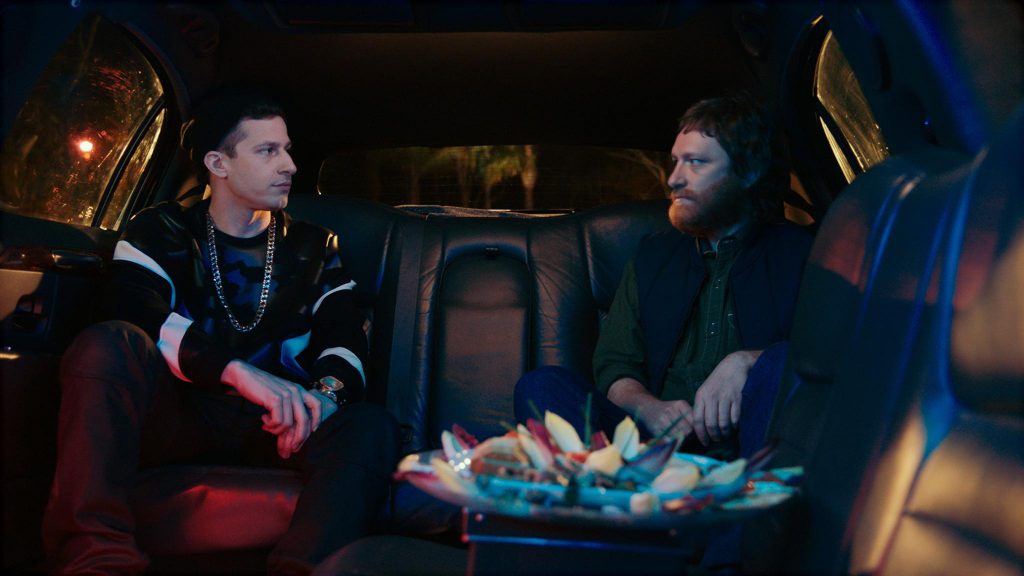 Popstar has received mostly positive reviews, though it failed to find a significant audience in the US. Reviewers who maligned the film, like Variety’s David Edelstein, are frustrated by the lack of depth shown, with limited gags. And he’s right, to an extent. I suppose that wasn’t what I was looking for. After all, it’s a film written, directed by, and starring The Lonely Island. This is what they do. The best moments are easily the band’s bread and butter: parody music videos and catchy pop songs. Perhaps not the best basis for a feature-length film, but it has enough laughs to make it an enjoyable watch.

Verdict: The mockumentary format ultimately lets the film down, being as shallow and constructed as that which it makes fun of… but overall, Popstar is a fun experience, regardless of its flaws.

The film was released in the US back in June and is currently on limited release in the UK.