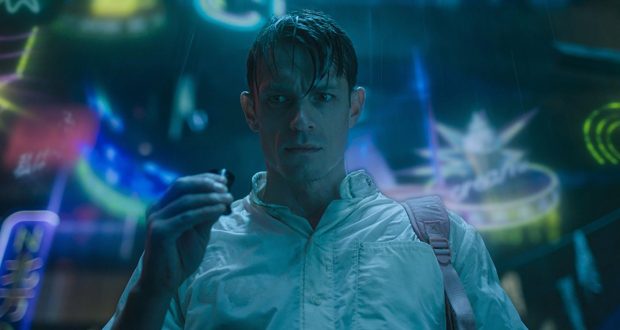 From shining beginnings, Netflix has fallen from grace. They have been canceling the interesting and critically acclaimed shows in favour of popularist trash. Sound familiar? Wasn’t Netflix meant to be the beacon of artistic integrity, offering something outside the offal the networks serve up? With their track record at an all-time low, how does Netflix’s latest original series, Altered Carbon, fare?

We aren’t meant to live forever

Their latest offering is an adaptation of a 2002 science fiction novel of the same name by Richard K. Morgan. Humanity has both progressed and regressed. After encountering an alien species with advanced technology, humanity uses the tech to extend their lifespan. Every citizen is implanted with a ‘stack’ from an early age, which records their memories and personality. Bodies are referred to as ‘sleeves’ – replaceable, temporary. When one of the wealthiest people alive is ‘murdered’ (not entirely – his stack remained intact), he wakes up an infamous warrior who lived 250 years ago to help solve his murder.

The first thing that leaped out at me is how little the world has changed in the 250 years Takeshi Kovacs has been on ice. I mean, how much has the world changed between 1768 and 2018? But Kovacs has no jarring return, no confusion as to the new technology in the world. Progress has stagnated. Perhaps this could be the result of a society that lives forever – no new blood to develop new ideas. But even then, it’s a stretch.

Neither the premise nor the main characters are particularly original. The show leans heavily on tropes and stereotypes throughout. It is littered with both overblown and stiff acting (anything that casts Dichen Lachman has questionable casting practices – I don’t think I’ve ever seen her show a sliver of acting ability). Expository dialogue and repetition of information for those of us too slow to keep up bog the series down. And yet? Altered Carbon plays into the Netflix binge-watching streaming model perfectly. There are mysteries and conspiracies galore, serving up cliffhangers at the end of every episode so you can’t help but let the next episode play on. 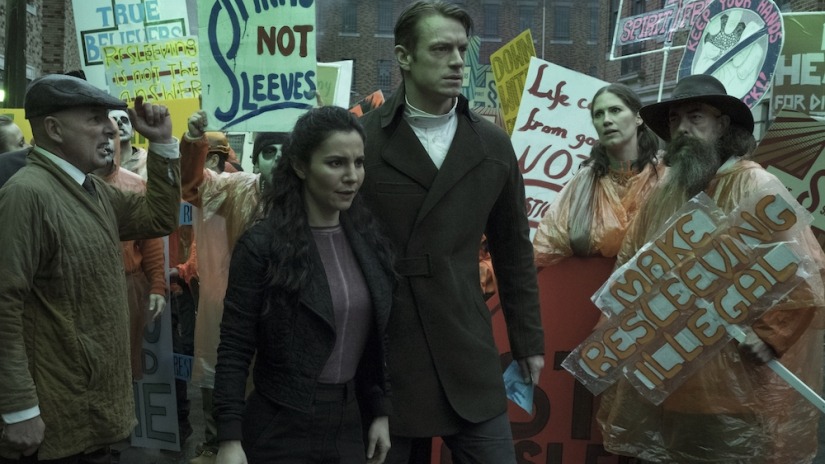 The setting is nothing new. The set and costume design is fairly ordinary. Nothing about the world stands out all that much. The rich got richer, the poor got poorer. We have seen it all before. The rich live in luxury, where everything is shiny, and the poor live in filth. Costumes for everyone but the wealthiest have a utilitarian style and those without money focus more on tech and weapons than they do on creature comforts. It really is the definition of science fiction we have all seen before.

Despite the show’s many weaknesses, it is strangely watchable. Joel Kinnaman plays Kovacs’ new sleeve. His dead-pan delivery is surprisingly effective and he plays off Martha Higareda well. The show falters most when it centres on other stories, particularly in episode 7 where we get Kovacs backstory. It is the solving of the mystery in Blade Runner fashion that’s interesting, not the idealistic rebellion of 250 years previous. 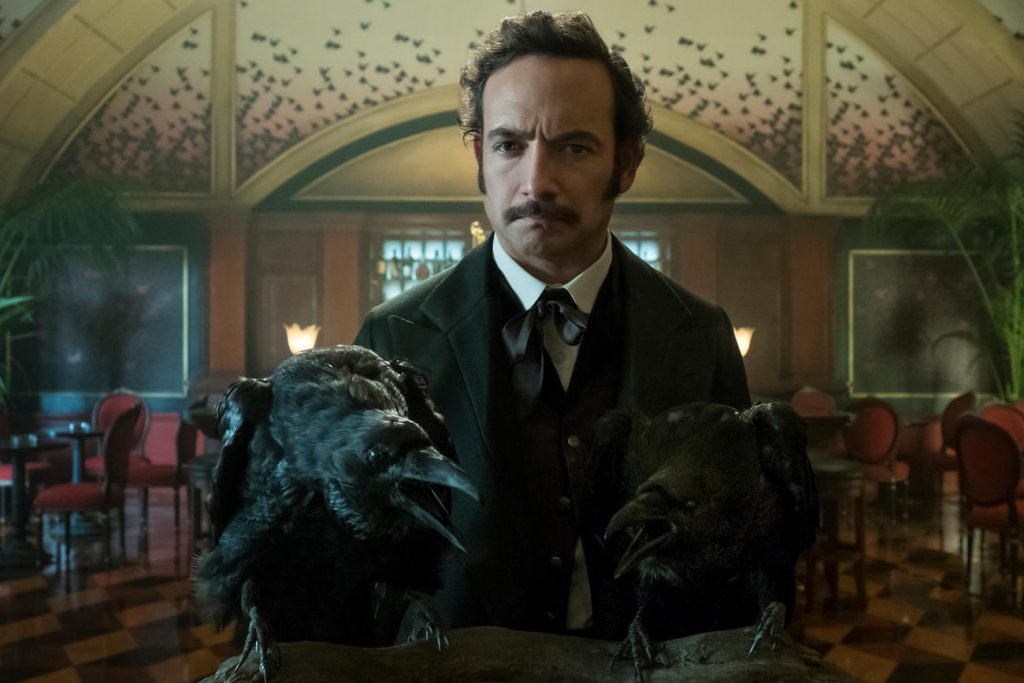 Where the show really excels is the character of Poe (played by Chris Conner), the AI of The Raven Hotel. Having an AI or robot ‘side-kick’ is a very common trope of science fiction. But it is rarely done very well. Poe is a character with a surprising amount of depth, considering he can never leave his hotel. From the moment we meet him, he shows himself to be intelligent and resourceful beyond what many of us would feel an AI to be. It’s also refreshing to have an AI character who is genuinely likable.

Verdict: A series without an original bone in its body. It is watchable and entertaining enough though – yet another lacklustre Netflix original.

Previous: The evolution of point of view cinematography
Next: Phantom Thread