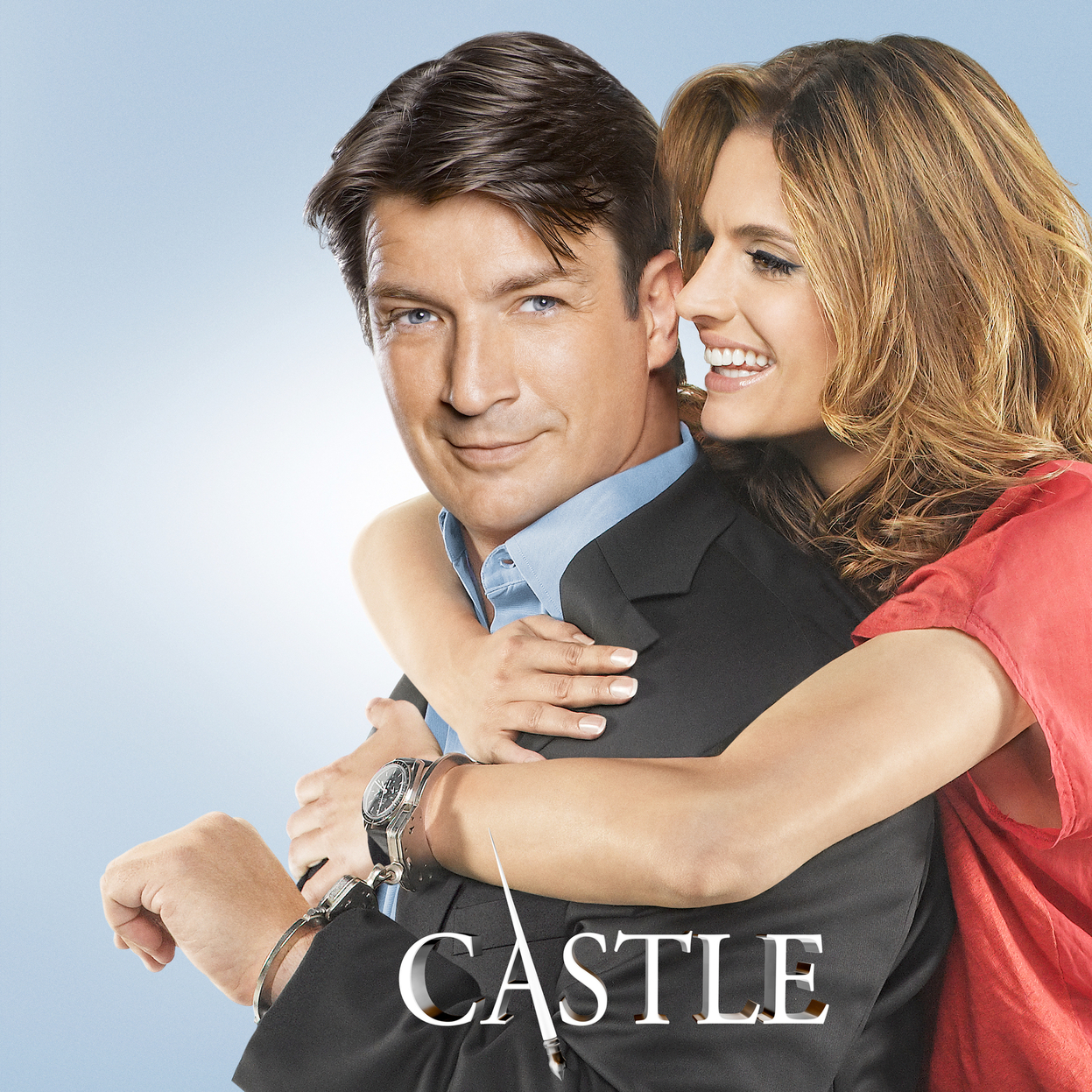 My mother loves crime procedurals and I used to watch many of them with her. You name it, she watched it: Jag, NCIS, Frost, Lewis, Morse, Poirot, New Tricks, Midsummer Murders, etc. Ok, so quite a few of them are British, but let’s face it, even for a genre that tends to be a little hacky, the US shows tend to be worse. We weren’t a family into things like Law and Order or CSI (except for a brief phase of being obsessed with Rory Cochrane after discovering him in Empire Records which led me to watch CSI: Miami).

I admit that I did not start watching Castle because I was excited by the prospect of yet another crime procedural on television. It was the direct result of my love for one beautiful man: Nathan Fillion. My love for Mr. Fillion goes all the way back to Two Guys, a Girl, and a Pizza Place (later renamed as Two Guys and a Girl), and carried on through Firefly, Buffy the Vampire Slayer, Serenity, Super, Dr. Horrible’s Sing-Along Blog, and Waitress.

So when Fillion dons his iconic Firefly/Serenity outfit in season two’s episode, ‘Vampire Weekend’, and his daughter Alexis asks him, ‘Didn’t you wear that 5 years ago?’ I gave a little fangirl ‘squee’. Along with Fillion, there are other Whedonverse crossovers, such as Tahmoh Penikett starring in the season four finale and Robert Duncan (composer for season seven Buffy, Tru Calling, Terriers, and Lie To Me) composing the theme and incidental music.

The show recently had its 100th episode. To celebrate, I thought I would share some of my thoughts on the show’s past five years…

What I particularly like about this show is that while each episode (like every other crime procedural) revolves around a case, there are stories than span multiple seasons – and at the core, the real story is the relationships that develop between the characters. 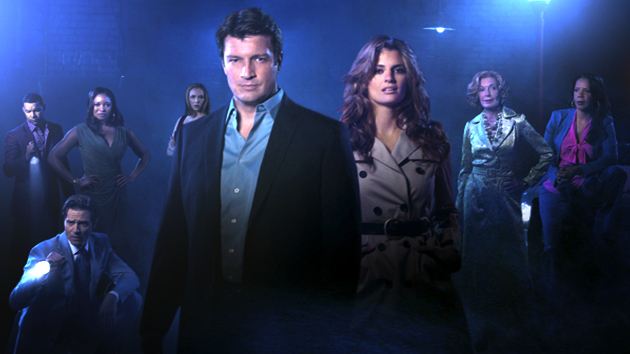 The most important relationship that matures during the course of the show is that between Kate Beckett and Richard Castle. The sexual tension has always been great. I admit that I was very nervous when they did get together – would this be another Moonlighting or Northern Exposure, where the main characters get together, the sexual tension is gone, and so the show has nothing more to offer? I admit, as much as I still enjoy this show, I do wish they hadn’t got together. Maybe they will break up and give us a Gilmore Girls style finale, where the couple we have all been rooting for finally gets back together in the last moment of the last episode – we can only hope.

What is great about their relationship is that the growth and change has happened so naturally, while still covering all those necessary Pride and Prejudice-style phases. In the first season, Beckett despised Castle. He is arrogant and causes problems for her while trying to do her job. On the other hand, she is a fan of his work. In season two, we see her really warm to him, before moving to the ‘completely head over heels’ phase of the following seasons. But of course, inner turmoil, conspiracies, her dark past, etc keep them apart.

Meanwhile the other characters develop interesting relationships with each other as well. Ryan and Esposito’s friendship is brilliant – when the two of them get to play up being ‘partners’ they really work. You almost want the show to turn into a buddy-cop genre film starring Jon Huertas and Seamus Dever. Laney and Esposito’s on-again, off-again relationship keeps a nice little piece of sexual tension always bubbling just under the surface. Then of course we have the differing relationships of the gang with Captain Montgomery, then Captain Yates – not to mention the nail-biting tension of the episodes surrounding Montgomery’s death. 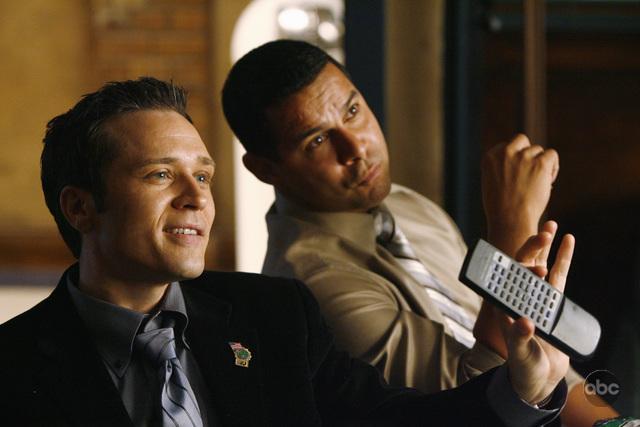 The story involving the death of Beckett’s mother runs through all seasons, having the closest thing to closure at the opening of season five. What crime procedurals often lack, and something I feel that Castle has done very well with, is keeping a long-running story going as well as the individual episode arcs. The case of Beckett’s mother was perfect for this. It gave her a ‘haunted past’ like any great noir protagonist, and made her justifiably interesting for a crime writer.

Of course, it isn’t all good. The show has lost its way a little bit in recent years, as Castle (the character) seems to have forgotten that he is actually a writer, and not a cop. It hasn’t seemed like he is using the experience for inspiration anymore and more like a rich, bored, retired writer with nothing better to do. These days the show also tends to focus more on on-the-edge-of-your-seat drama rather than laughs (something I really enjoy about early Castle). I am very invested in these characters. When they are truly put in high-stakes peril, I feel it acutely. Call me a wuss, but I’ve been known to cry my way through one of these intense episodes.

Much like other crime procedurals (especially those like Midsummer Murders, set in a small village), it has sometimes begged the question, ‘what are the odds?’ Castle just happens to be in the wrong place at the wrong time, far too often (for instance, season four episode ‘Cops & Robbers’). Then we have the utterly ridiculous, with Castle’s homage to James Bond and other spy thrillers crossed with Taken in season five’s ‘Target’ and ‘Hunt’ two-parter. 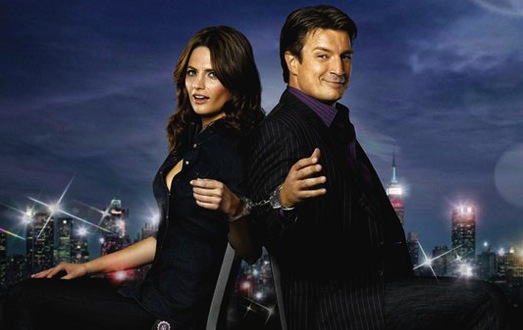 The 99th episode was a high point of this season, focusing on Kevin Ryan, a character who is sadly underused. It is a clear homage to The Departed (although far more interesting), with Ryan reviving his old undercover alias to help bring down the Irish Mob. It also stars a favourite of mine, Christina Cox, from the fun but ridiculous short-lived Canadian vampire series Blood Ties and another sadly short-lived series, Defying Gravity. I’m almost ashamed to say that the best moment of the episode occurs after Ryan and his wife Jenny are discussing their difficulties getting pregnant. Ryan has to have his sperm tested, when Jenny asks if he needs any help… cut to Castle discussing the case-of-the-day, referring to their victim as the ‘master baker’.

The celebratory 100th episode, ‘The Lives of Others’, was also a clear homage to Hitchcock’s classic, Rear Window. For most of the episode I had this dreadful ‘not another ridiculous odds of it happening to Castle’ feeling. I was pleasantly surprised with the actual outcome, though, and it does show that the writers still know how to have a little fun with the genre. I always enjoy some tongue-in-cheek breaking of the fourth wall or referencing the medium in which the characters are appearing, so I appreciated the self-aware dialogue of the 100th episode:

Castle: How many murders do you think we’ve solved over the years?