Home / Comment / Guardians of the Galaxy: Why You Should Stop Worrying and Love the Raccoon 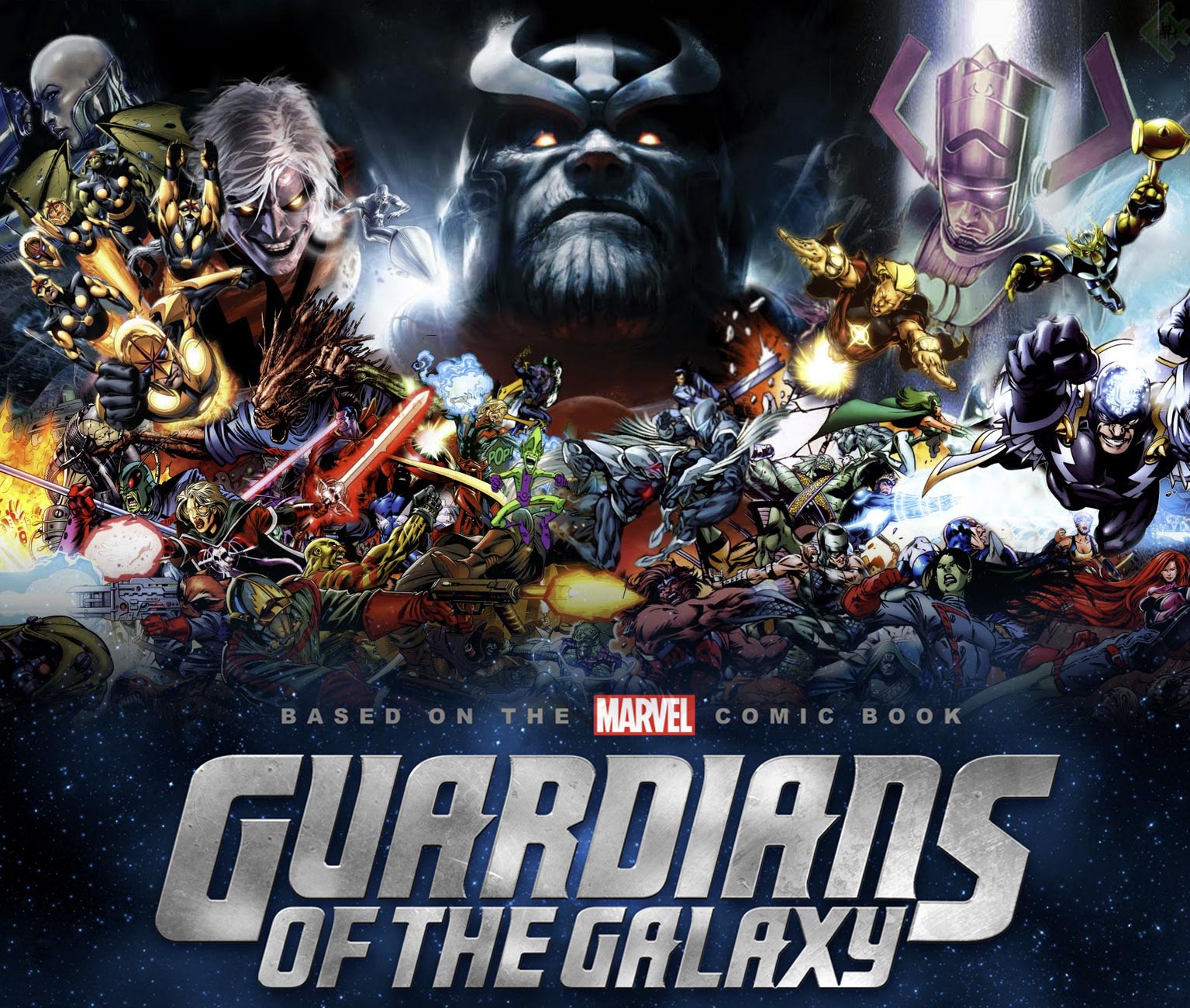 There’s something of a universal truth that the development of modern Internet culture has only reaffirmed: haters gon’ hate. For those who have made up their minds already, there won’t be much I can say to change that. But for those sitting on the fence, maybe this will go some way to explaining why Guardians of the Galaxy will be your favourite movie of 2014.

HOW MARVEL LEARNED TO TURN GEEKS INTO GOLD

Sure, Guardians will be very different from everything else that Marvel has put out so far, but is that such a bad thing? At this point, the blockbuster superhero movie has been an established part of summer cinema for over a decade, and the majority of those have been origin stories – with varying degrees of success. Marvel finally mastered the formula with 2008’s Iron Man, and went on to prove their winning equation with a string of hugely successful and beloved properties that all followed it to the letter.

Then, last year Marvel did something with their blossoming cinematic universe that was almost unprecedented for a major movie studio. They took a chance. They ignored the formula and made The Avengers. To be fair, when I say a ‘chance’, obviously The Avengers was always going to be profitable, but it could have been an unholy mess of a movie. It could have been a black mark against the Marvel brand and the start of a downturn for all of the franchises involved. If the movie hadn’t landed in the capable hands of Joss Whedon, it may well have. As it happens, The Avengers went on to make all of the money in the world and was tagged by a lot of critics ‘the best super hero movie ever made’. And this seems to have given Marvel confidence. Their gamble paid off and now the real experimentation can begin:  Phase 2.

Clearly, the formula has grown stale, and the general public responded to something a little different by raining down adoration and box office dollars on Marvel Studios. People are ready for something different. The Marvel Cinematic Universe has been established, and now it’s time to explore it in a different way. 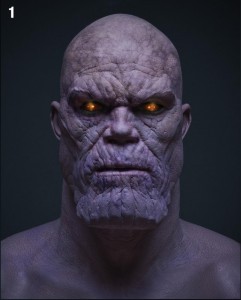 First of all, a movie set in the cosmic areas of the MCU makes sense. Marvel showed us alien worlds in Thor and a full-on alien invasion in The Avengers. It’s definitive: we are not alone in the MCU. Just taking Marvel Studios as storytellers, they’d be completely failing in their duties if they set up such a huge event as confirmation of life elsewhere in the galaxy and then chose to ignore it in future tales. This is an area that needs to be explored further, and Guardians will do just that.

Judging by the latest casting buzz and the ever-grinding rumour mill, Guardians will also give us an introduction to Thanos – the big purple pimp-daddy of the Chitauri we glimpsed after the credits in Avengers.  Thanos is guaranteed to be coming to blows with Earth’s Mightiest Heroes in 2015, and this movie should give us an insight into his character and motivations within the MCU, just as Thor set up Loki in Phase 1.  With this in mind, obviously Guardians is an important movie for Marvel, and should not be missed by anyone with an interest in the MCU.

Phase 2 is definitive evidence that Marvel is taking its edict of experimentation very seriously.  The slate is lined with sequels, but rather than reconstituting the tried and tested formula, Marvel are mixing in new ingredients and playing with genre. Captain America: The Winter Soldier promises to immerse the Star-Spangled Man in the dark, gritty world of a 70s-style political thriller; Thor: The Dark World looks to be moving even further into the realms of cosmic fantasy (freakin’ ELVES!!); Iron Man 3 has been described as a techno-thriller with a global scope; Ant-Man is…well, Ant-Man; and then there’s Guardians of the Galaxy. Put simply, Guardians is Star Wars with superheroes. If that’s not a statement that gets your geek up, you may need to consult a medical professional.

A FISTFUL OF BADASSES

The Guardians of the Galaxy have a pretty convoluted comic book history – the original team is formed on a future, alternate earth under threat of extermination by marauding alien invaders.  Essentially, the Space Avengers of the 31st Century. It’s all pretty high concept stuff. However, the team was rebooted in 2008 during the Annihilation: Conquest event, to great success with critics and fans alike. It is this new team that the movie will purportedly follow – a ragtag bunch of alien weirdos who come together despite some pretty caustic personalities to save all of reality.

Our entry point into this bizarre cosmic world is Peter Quill aka Star Lord, a human-Spartoi hybrid with an even more convoluted past that I’m sure will be diluted somewhat on-screen. Quill is a rakish adventurer and reluctant leader of the team (to be played by Chris Pratt, hilarious on Parks and Recreation). He’s comfortable dealing out both quips and bullets, and is the glue holding the current iteration of the Guardians together. Think Captain Mal Reynolds in Boba Fett’s armour.  Drax the Destroyer (former wrestler Dave Bautista) is the most formidable physical presence on the team – he was created with the sole purpose of destroying our good friend Thanos – a notoriously unkillable bastard. Drax is the quiet, surly type – a green-skinned Wolverine who likes to carry big knives. Zoe Saldana is currently in talks to play sexy green assassin Gamora, an analogue of every badass, weapon-wielding female anti-hero you’ve ever seen or read about in epic fantasy.

Then, we come to the wild cards: Rocket Raccoon and Groot.  The haters seem to really have a problem with these two. As soon as that first piece of concept art was revealed, the fans roared ‘Oh hells yes!’ and the uninitiated responded with cries of ‘But…it’s a talking raccoon.  And a goddamn ent!’ and ‘This is all far too Disney for me. Boo! I hate fun!’

First of all, these guys are aliens.  If an alien can look like an off-colour human, it can certainly look like an anthropomorphised rodent or a walking tree. If anything, the latter two make more sense.  The argument that you can’t have a talking raccoon in a movie about spaceships and aliens and potentially time travel – that this somehow takes away from that movie’s realism – just doesn’t hold much water. Second, the duo of Rocket and Groot are the heart and soul of the team. Rocket is a gruff, curmudgeonly veteran of a thousand battles, a demolitions expert and lover of huge guns.  He just happens to be super cute, too. Groot is the self-proclaimed king of a bizarre alien world filled with living trees, and – at least in the comics – can only say ‘I AM GROOT!’ The fact that Rocket understands exactly what Groot means each time he says this makes them inseperable.  They’re the Han and Chewie of our group. I guarantee that they’ll steal every scene.

Let’s recap. We have Mal Reynolds, Wolverine, Xena, Han Solo and Chewbacca. All on one team, tearing up the cosmos like they just don’t give a shit. And maybe even saving the universe while they’re at it.

Add this bunch of criminals and deviants into what promises to be a grimy, busted universe reminiscent of A New Hope – where every planet is a hive of scum and villainy – and you’ve got the ingredients for not only a great super hero movie, but a damn great movie. Put this volatile mixture into the slightly demented hands of James Gunn (see Super and Slither) and the imagination reels with the possibilities.

If nothing else, Guardians of the Galaxy is a science fiction movie, and the fact that a major studio is putting a brand new science fiction property on screen is an exciting thing. Not only that, but Marvel are banking their 2014 summer bucks on Guardians over an established property like Captain America, such do they believe the appeal of these characters to be. These are facts to be celebrated, and if we as a consumer society reward invention and risk-taking like this by buying a ticket, it may just start a new trend in Hollywood. And that can only be a good thing.

I for one will be waiting for 2014 with baited breath, for the summer that Marvel goes cosmic. Love the Raccoon!!