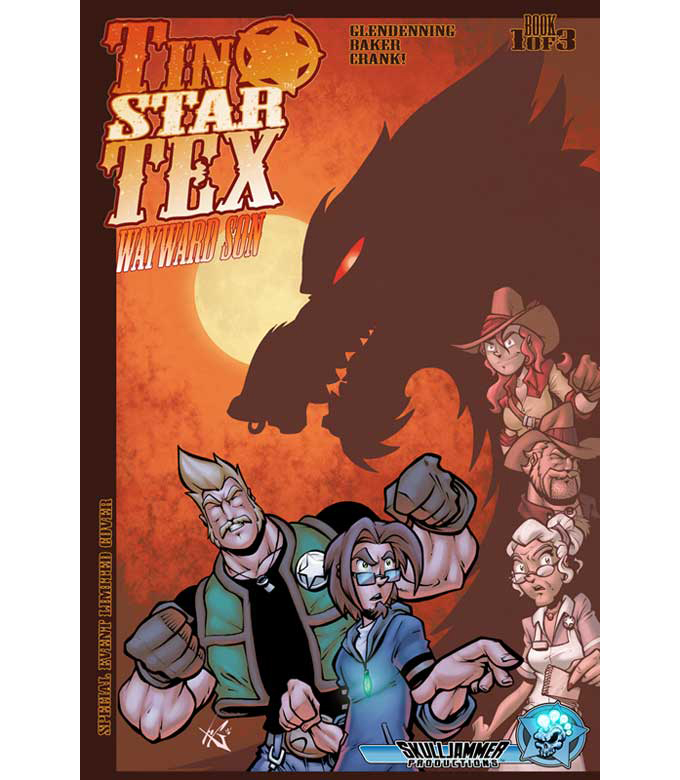 We’ve all had those fun daydreams where we accomplish the impossible with our “hero” sidekick. Defending against our friends who were villainous, or as close to, and saving the day with our near-functioning D&D plots. As I grew older, my daydreams shifted to more technological advances such as pretending my car could transform and shoot paintballs at other drivers, or at the bare minimum, my watch would allow me to instantaneously transport myself to another location. Either way, I was hoping for a grandiose adventure that would translate well into a comic. 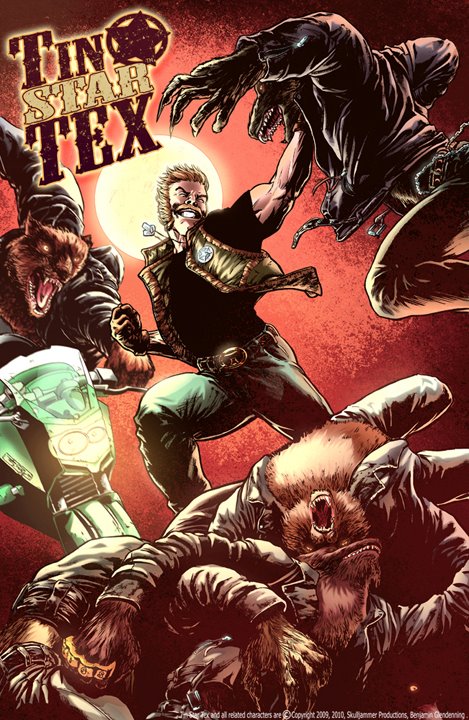 Fortunately for readers, someone beat me to it. Ben Glendenning’s Tin Star Tex: Wayward Son is the full on Sci-fi dream (personally speaking). I was running around Phoenix Comic Con 2012 and came upon a nifty little banner that prompted me to stop (Skulljammer Production’s sign). As I was perusing his prints, he started talking up his new book. To be fair to Ben, I wish I could remember his exact words in describing Tex. I picked up both covers that were beautifully drawn by Ben and colored by Joseph Baker. I even got a pin to wear to feel like Tex.

I believe one of my favorite descriptions of Tin Star Tex, was a splash of Doctor Who meets Pecos Bill. I would add a dash of Supernatural to allow the comic to simmer.

Our character starts off in a battle with werewolves, and getting a licking. He explains that alongside him is this badge wearing, walking, talking, tall-tale. Tex informs Travis about Tinny, a badge that acts as protection. Fireworks, ‘nuff said. 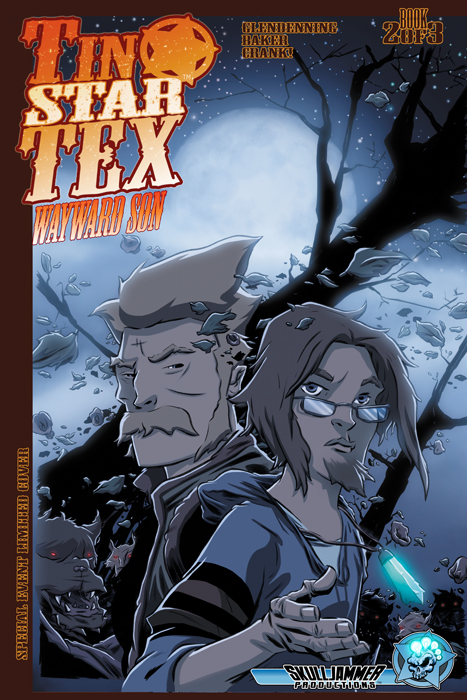 Most of the book is an origin story about Tex being told in a nifty diner. If you enjoy tall-tales, then Tin Star Tex is just the series for you. A deal was made and heroes, in the most unconventional ways with just a dash of humor, make you smile as you look forward to the next issue.

As of May 4th of this year, Ben released issue 2 of Tin Star Tex with more surprises and a new character, well sort of new. Going further than Tex’s origin, Travis is informed that our new character has run in with Tex before and plants the idea of how old the Legend of Tex is. Cliffhanger endings are always a bonus in comics, bringing you into the next one with a desire to solve the previous issues’ conflict. 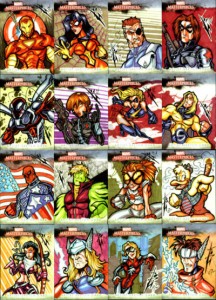 Printed at ReadyComics.com, the Arizona natives are lucky to experience first-hand the excitement that Ben brings to the table with Tin Star Tex, his sketch cards and variety of prints.

For those on the West Coast on Memorial Day weekend (May 23-26), swing by Ben’s booth at Phoenix Comic Con and get a nifty print or two. If time, have him draw an obscure sketch. Make it fun for him! And send us a picture! Swing by Hot Ace Comics if you need a sketch cover (DC preference)!

Previous: The False Social Network
Next: The Fall and Possible Rise of Mancunian Dada Icons