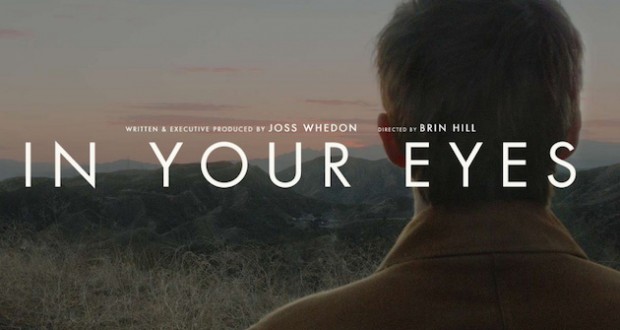 It is tough for a creative person – be they a writer, director, artist, actor, etc – once they’ve made it big. Everything else they do is measured up against the great success. With Joss Whedon, he’s been lucky enough to have a number of successes – from Buffy and Angel, to Firefly, to Dr. Horrible, to The Avengers. And as you’re probably aware, his fans are pretty hardcore. We get outrageously excited at the news of any new Whedon project. So… when Joss announced that the new film was being launched directly on Vimeo, I was straight there renting my copy!

In Your Eyes is his latest project. Although he wrote the script, he took a step back, letting Brin Hill direct instead and taking on a producer role instead. The story is based on an interesting premise: what if you could see through someone else’s eyes, as well as your own? But an interesting premise doesn’t make a story, as many of us know all too well. The film is agonizingly slow. By the time I got to the end, I wondered whether the entire rest of the film shouldn’t have been the first half an hour, as the most interesting aspects of the story would potentially take place after the events of the film.

You know how writing teachers always tell you never to start your story too early? Well, Joss, I’m afraid you should have taken more heed. In Your Eyes starts way too early and fails to really grab the viewer’s attention throughout. 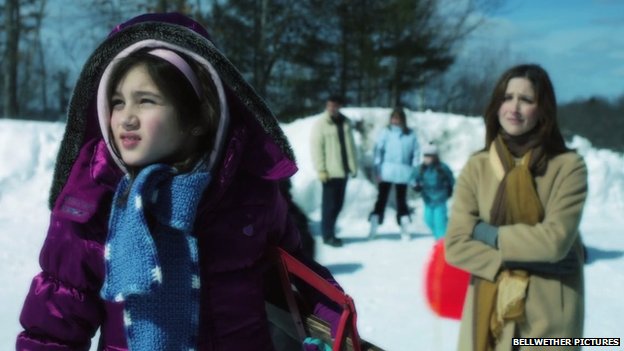 Becky (Zoe Kazan) and Dylan (Michael Stahl-David) have never met. They lead entirely different lives, in different cities. So how is it that they can see through each other’s eyes and talk to one another whenever they want? The two start conversing by accident and struggle to understand what is happening to them. Are they going crazy? Are they simply hearing voices of their own imagining?

Dylan is trying to put his life back together after a stint in Prison, but he isn’t doing a crash-hot job of staying away from ‘criminal elements’. Meanwhile, Becky has a cushy life – wife of a wealthy doctor. However, things aren’t as good as they may seem at first. Becky’s husband is a controlling bully, convinced his wife is losing her mind.

During the course of their interaction, it quickly becomes clear that not only is the telepathic connection they have to each other the best thing in their lives, it might just save them from themselves. 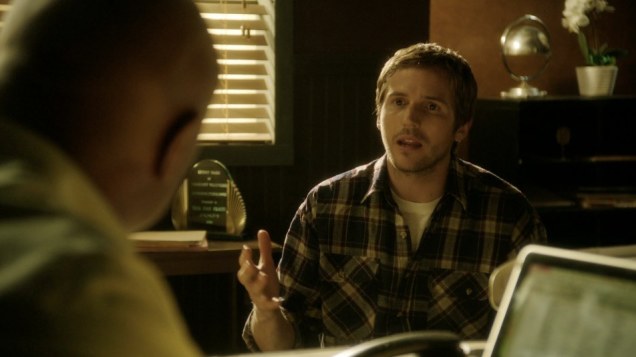 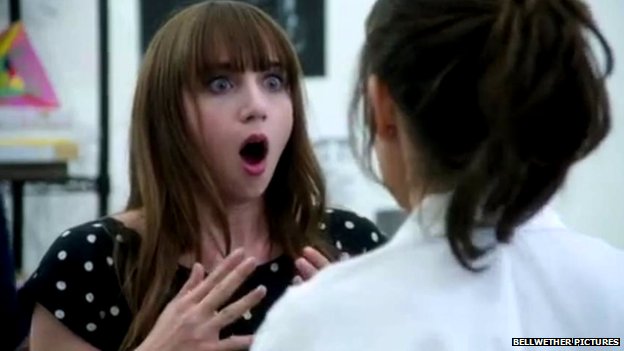 Over the past few years, it seems that paranormal romance is everywhere. Especially in the teen/YA market. When I first read that In Your Eyes was a paranormal romance, I was immediately put off. No more of this mushy crap, please! Thankfully, it isn’t quite as bad as all that – at least when it comes to the romance. You can understand why these two fall for each other and you want it to happen. But that doesn’t mean it manages to get away from all the clichés surrounding the genre.

Of course, the man is unskilled at wooing women. He doesn’t know what to say to them and always puts his foot in his mouth. But, surprise surprise(!), he finds it easy to be himself when talking to Becky – after all, she’s in his head. This is such a well-tread trope that I was hoping perhaps Joss would turn it on its head somehow. Nope. He does nothing of the sort. It’s just as dull and overused as it is in every other romance story you’ve ever read/seen/heard/thrown-up all over.

In writing classes I took with Marti Leimbach, I remember her talking to us about scenes. She warned us about beginner writers having a tendency to move plot along by having endless dialogue – and written in such a way that it could almost be talking heads anywhere – their surroundings, etc have no impact on their dialogue. A lot of In Your Eyes feels that way. And, sure, the premise kind of requires it. If they talk to each other out in public, people think they are crazy – talking to themselves and what not. But that leaves a good hour and a bit of two people never being in the same room, very little action taking place, and just a whole lot of talking. Made me wonder if it wasn’t better suited for the stage – but even then, it would still need a little bit more in the way of movement/action inherent in the story. 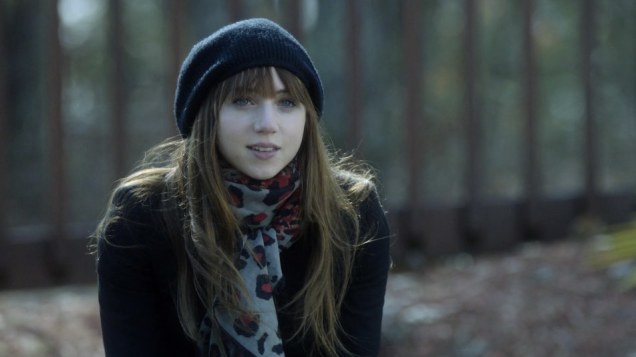 While there are several moments of great dialogue, characters with real depth, and an interesting look at a difficult premise, overall, the film just doesn’t pull together. As io9 put it, In Your Eyes is ‘half-baked’.

Verdict: Slow, unoriginal, and just plain dull in parts. Disappointing for long-time Whedon fans. However, if you just want a night in on the couch with a predictable romance, you could do worse.

Previous: The Acquirers: Rollout
Next: Tracks: A lonely journey across Australia’s desert