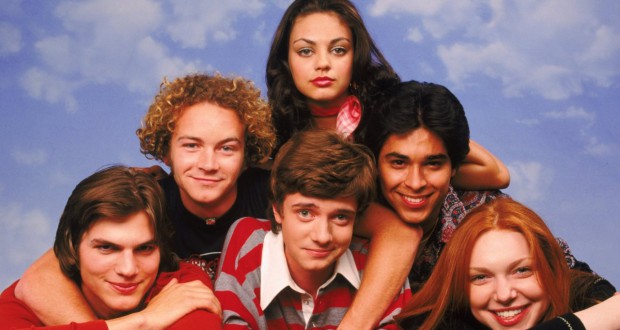 I have been feeling nostalgic about a show that is, in itself, nostalgic: That 70’s Show. In 1998, TV audiences were sent back in time – before they knew that Darth Vader was Luke’s father, CDs, mobile phones, and the Internet. And what a glorious nostalgia trip it is! Whether you are interested simply for the nostalgia factor or you enjoy the sitcom’s comedy irrelevant of it’s temporal setting, there’s something for everyone.

What could easily have been a show that was simply gimmicky is a lot more than that. Like many sitcoms (and TV shows in general), the early seasons are by far the strongest, especially when they don’t try to make every beat in every episode entirely comedic. In the first few seasons the show tries to deal with social issues of the seventies as well as offering up the usual sitcom fare. As time wears on, the show focuses more on comedy than any socio-political commentary, though it still does the comedy so well that it can be forgiven it’s lack of depth.

The 70s were a time of change, when many women started to break away from the tradition of being stay at home mums and wives. Women had their own careers and held their own in relationships – or at least they started to. That 70s Show regularly addresses this theme. Much to Red’s distress, his work at the auto-plant reduces and Kitty has to work as a nurse to keep them from losing the house. Unfortunately for him, Kitty loves having her own career and insists on going back to work after Red’s financial situation improves. 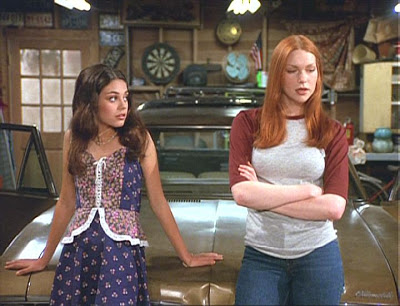 Meanwhile, the Pinciotti family is alive with strong women. While Midge appears at first glance (and perhaps after several layers are peeled as well) to be a blonde bimbo, she is still trying to find her own place in the world that isn’t defined by her status as Bob’s wife. Her attempts are often misguided but her interests are sincere. Her daughter Donna is very strong, consistently fighting for the idea that women are clever and deserve careers of their own. When she and Eric fight over their future together, they both see very different versions of their future: Donna sees a successful career of her own, while Eric imagines her staying at home and looking after their many kids.

Even Jackie, who is presented as shallow, materialistic, and narcissistic is a pin-up girl for gender equality. How? Every time Jackie makes a reference to a woman needing a man or relying on her looks to get her through life she is represented as idiotic and backwards. Eventually she starts to realize the importance of earning her own money and defining herself by means other than her beauty or her relationship status.

The sitcom formula = A great group of friends 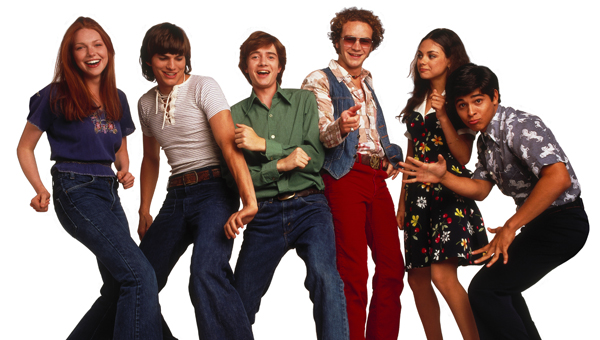 At the core of That 70s Show is a group of friends, most of whom have been friends for most of their lives. Like many other successful sitcoms such as Friends, How I Met Your Mother, The Big Bang Theory, and Scrubs, the friendships and romantic relationships in the group provide the meat for most of the comedy. Given that the kids of That 70s Show are in high school for most of the series, they don’t do the usual sitcom trope of living together (except for Hyde and Eric), and instead are brought together by Eric’s basement as their local hangout. The girl next-door trope, however, is played out in full force with Eric and Donna maintaining an on-again off-again relationship throughout the 8 seasons. 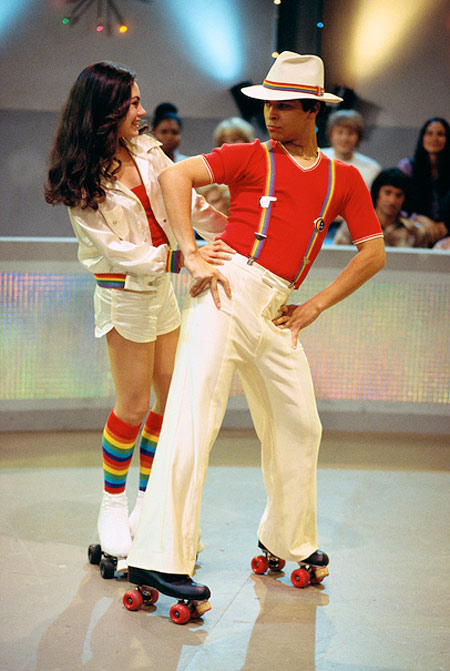 The group is made up of stereotypical characters, and while they often joke at each other’s expense, it never feels like the writers are making fun of a particular kind of person (like it so often does in The Big Bang Theory, for instance). Eric (for the first 7 seasons) is the main character – geeky, friendly, and lanky. His best friend Hyde comes from a troubled home, is often high, and indulges in political conspiracy theories. Kelso is the attractive man-slut of the group with the brain the size of a pea, while Fez is the ‘foreign guy’ whose nationality is never revealed (and the ‘where are you from’ question is a running gag). The girls are representatives of two opposites: Donna is the tough, clever, feminist woman while Jackie is the pretty, silly airhead girl.

Despite their archetypal differences, the characters work well together as a group. They really do have chemistry as a group of friends. They play pranks on one another, irritate each other, and fight occasionally. But through it all it is obvious they have friendships that will last.

The circle and the dream

The two big elements that are repeated throughout the series are ‘the circle’ and dream sequences. Yes, long before Scrubs (well, not that long before, but three years head start is something), Eric Forman and the gang were tilting their heads to the side and melting into their dream scenarios. The cast’s dreams often reference pop culture contemporary to the 70s and feature the rest of the cast to play out various roles (for instance, Eric imagining Star Wars with his friends and family as the main characters or Jackie’s version of The Wizard of Oz). The dream sequences are generally very tongue in cheek and sarcastic, leaving the viewer wondering how the actors ever managed to keep a straight face. 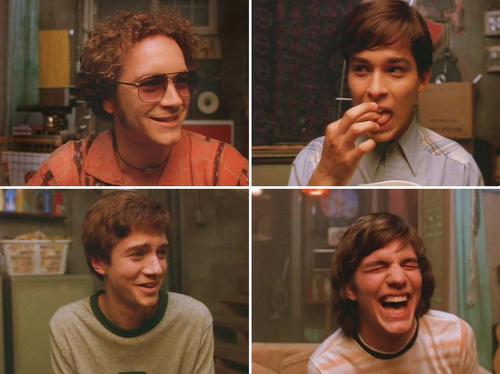 ‘The circle’ as it is known, is probably the most well remembered aspect of the show. It became the signature scene, appearing at least once in nearly every episode. The circle usually took place in the basement while the kids were getting high and discussing either events in their lives or having more ‘philosophical’ discussions such as who is hotter, Samantha from Bewitched or Jeannie from I Dream of Jeannie. The shots generally panned to a close up of each character as they expressed their thoughts, with clouds of smoke in the background. While their ‘habit’ is rarely referred to overtly, it was still one of the few shows depicting recreational drug use in a prime-time slot back in 1998. 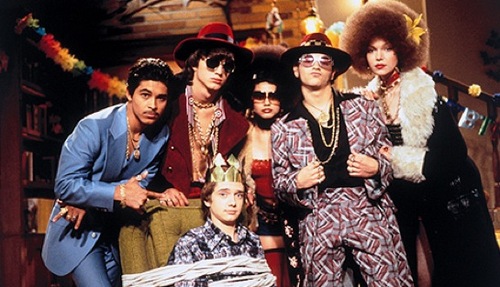 If you are a fan of sitcoms in general, That 70s Show is always worth a revisit. It holds up over time, probably given the content was already meant to be 20+ years old at the time of airing. Any series that has a theme song performed by Cheap Trick (seasons 2–8) has got to be good, right?! In the words of the wise Fez, ‘Don’t resist me, Mama. It’s boogie time.’

Previous: Hugh Howey’s ‘Wool’: The walls are too tight
Next: Serving Body, Serving Face: Life at the Drag Race