Home / Comment / Star Wars: Clone Wars and theories of the self 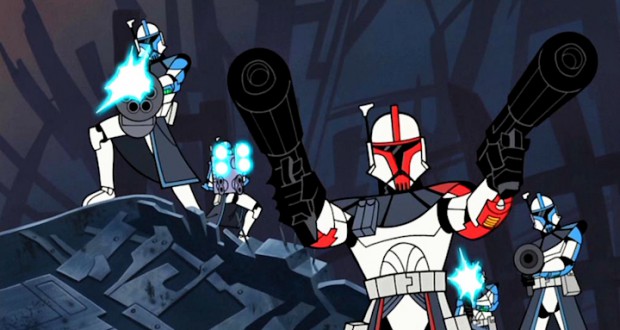 Star Wars: Clone Wars and theories of the self

It is rare that something created as a kind of advertisement for its parent production actually outperforms the original in terms of critical response. Of course, it wasn’t terribly difficult to create something better than George Lucas’s wooden prequels. Star Wars: The Clone Wars was created to tell the story between Attack of the Clones and Revenge of the Sith, airing from 2003-2005. The series was so successful it launched the Clone Wars series that ran from 2008-2014. 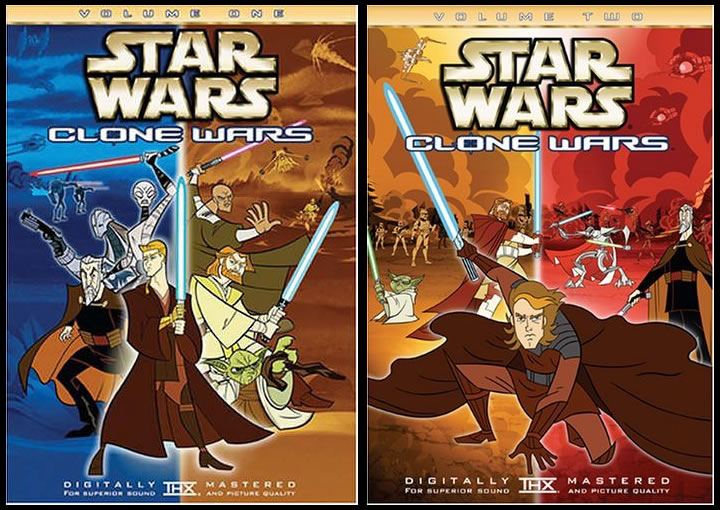 The show aired in three seasons though is now available in two volumes: volume 1 covering seasons 1 and 2, volume 2 being season 3. The first volume is mostly concerned with action – extensive battle sequences with little plot or character development. The second volume has far more character development, focusing more on Anakin’s growth and his ascension from Padawan to the rank of full Jedi.

While the battles are fun and well directed (by animation legend Genndy Tartakovsky), when the story delves into more plot and character driven sequences, some truly intriguing commentary is made. What sets Clone Wars apart from many other kids cartoons and even parts of the Star Wars expanded universe is the way it explores ideas of identity and destiny.

Star Wars has often flirted with ideas of fatalism vs free will but the animated series goes further in looking at Anakin’s perception of himself as being the decisive factor in his turning to the dark side. Meanwhile it also brings in some interesting parallels as it sets up the juxtaposition of biology vs tech. 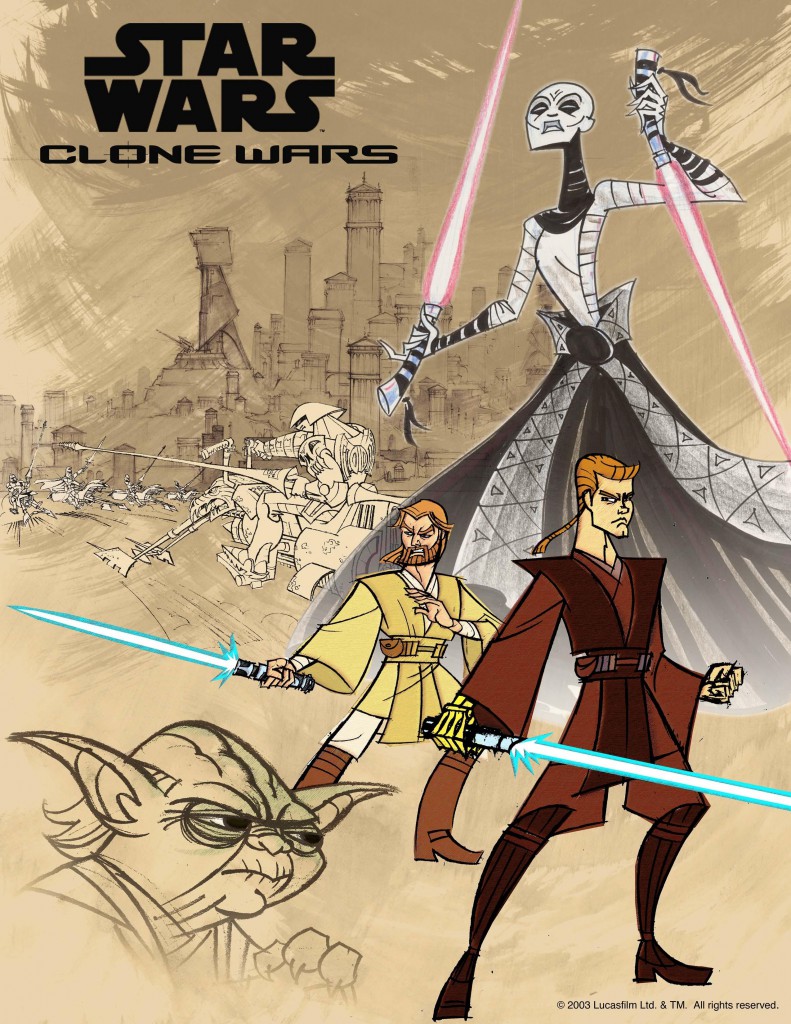 Anakin faces his final challenge in becoming a Jedi in an unorthodox fashion. While on the planet Nelvaan, Anakin and Obi-Wan help out some locals (after Anakin interrupts a coming of age ritual). As the village elder looks into the fires for guidance, he sees that a champion with a ‘ghost hand’ should fight for them. Obi-Wan holds Anakin’s robotic arm up for the villagers to see, starting Anakin on a path to self-discovery.

Following ‘the wind’ to a cave with a series of drawings on the wall, Anakin is sent into a kind of psychotic trance. He sees a potentially terrifying premonition of his future (one the audience knows to be his eventual fate, in a manner of speaking) – or is it the past for the Nelvaanians? His final Jedi challenge was ‘the mirror’. Much like Luke’s failing when he attacks a fictional Vader in the cave to reveal his own face within the smoking mask, Anakin too sees himself in the evil he faces. 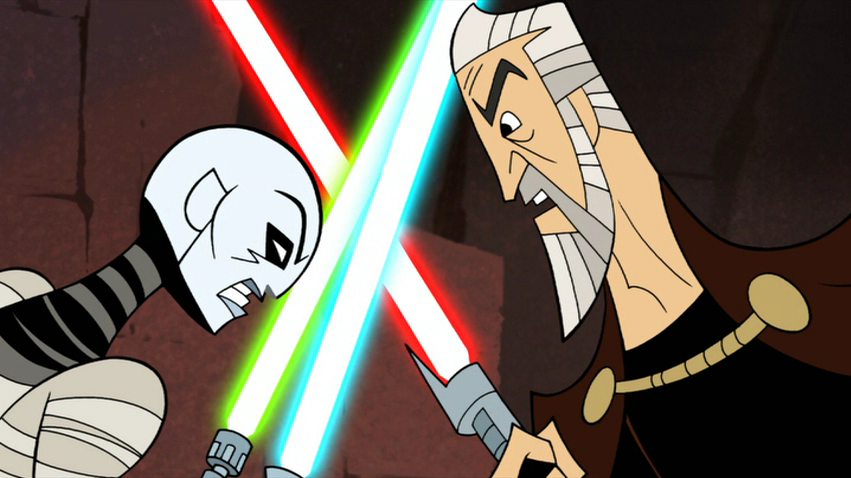 The evil Anakin must defeat is a group of separatists performing experiments on the Nelvaan native warriors, altering their biological makeup with technology. The modifications are used to control the Nelvaanians for the separatist’s evil plans (separatists who only ever use droids/tech to fight their battles for them). While Anakin sees himself in the victims, it is also his own technical modification/addition that allows him to succeed in his mission (he uses hi robotic hand to remove the crystal powering the base).

This lesson is crucial for Anakin in many ways, as he has never accepted who he is. Whether it relates to him accepting that he is a Jedi (and going along with all the rules that entails, like not being married for one), his robotic hand, where he came from, his past, his mistakes, and so on, above all else Anakin needs to find peace with who he is.

We are in charge of our own destinies 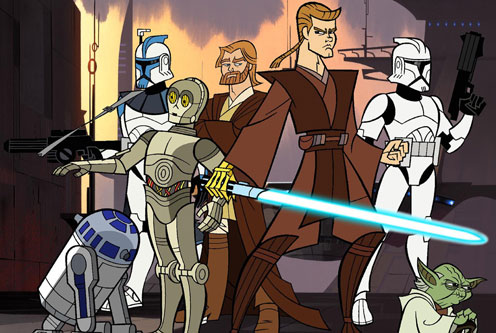 Throughout the Star Wars films, especially when discussing premonitions of the future, the advice to young Jedis is that the future is always tied up with our emotions. If you look at this idea without all the ‘force’ magic, the premise is fairly simple – and rather pragmatic. We each carve our own destinies with the choices we make. Our feelings drive the choices we make.

Anakin is the best – and worst – example of this catch 22. He is afraid to lose Padme, and through his fear he causes the loss of her. There really is no better argument for having a positive attitude than this. Remain optimistic kids, or you’ll end up accidentally bringing the whole universe under oppressive rule – after you murder children in cold blood. 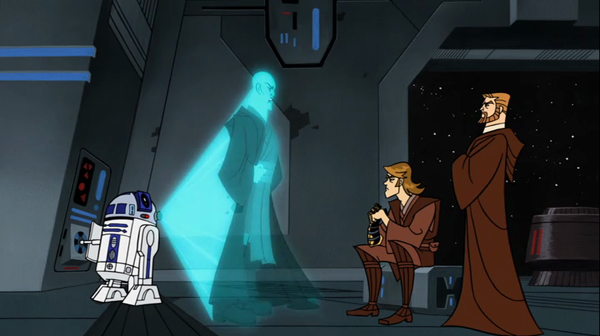 Much of the series of Clone Wars is devoted to Obi-Wan encouraging Anakin to take responsibility for his actions and to think before he jumps into action. But this isn’t a simple coming of age tale, but something far more complex. Far from the traditional epic hero quest of many science fiction and fantasy stories, the story of Anakin turning to the dark side is not inevitable. It is a result of a series of bad choices on his part, and possibly even a discussion of where mental illness (come on, isn’t it obvious the kid is depressed?) can lead if left untreated.

Sure, I might be reading a bit much into a children’s cartoon but it’s great that such interesting and high-concept ideas are being addressed in kids’ shows. In the wider context of the Star Wars universe, these two themes are incredibly important throughout and it’s actually a fascinatingly deep look into what it means to exist, the choices we make, and who we are.

Previous: My Favourite Things: 2014 edition
Next: Birdman or (The Unexpected Virtue of Ignorance)