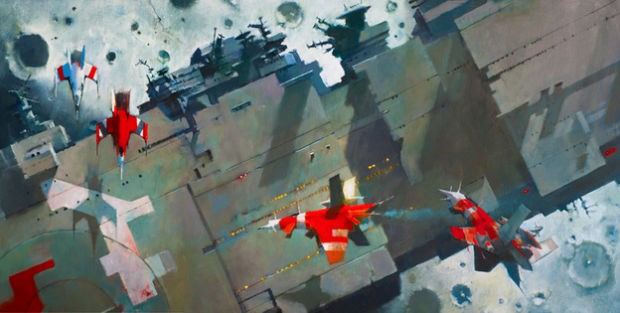 After seeing Ancillary Justice recommended by practically every one of my favourite authors I had to find out what all the fuss was about. Not only that, the novel has been awarded a number of prestigious awards, including the Hugo award for best novel, Nebula award for best novel, Locus award for best first novel (yep, that’s right, this was Leckie’s debut!), British Science Fiction Association award for best novel… the list goes on. This novel is the The Lord of the Rings: The Return of the King of literary awards. 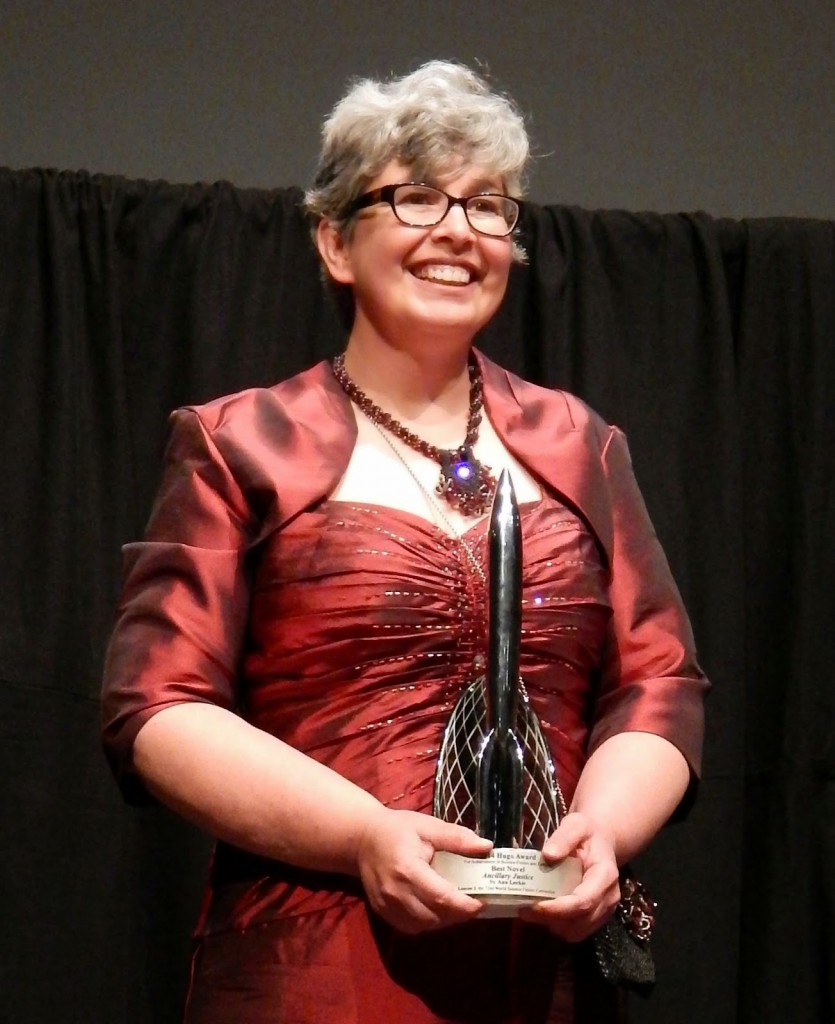 Ann Leckie at the Hugo Awards

While the book starts a little slow – and confusing – if you push through the first few chapters you’ll find yourself highly engrossed in a fascinating sci fi epic. It isn’t one I’d recommend for people new to the genre, as it can be quite heavy with the sci fi tropes at times. On the other hand, it relies heavily on tropes we have seen a lot before. As a result, I’ve seen a lot of detractors saying it isn’t as original as it could have been.

Well, hey, no story is truly original, right? Ancillary Justice is well written and utterly gripping. I don’t care that Leckie didn’t turn the genre on its head, I only care that the novel was a great read. And the best news is that Ancillary Justice is the first in a trilogy. The second, Ancillary Sword, is already published, with the third and final installment, Ancillary Mercy, due out later this year.

Over twenty years ago, the starship Justice of Toren was destroyed in a monumental political cover-up. Within the Rachaai Empire, ships control ancillaries – humans imbued with fragments of the ship’s consciousness. When Justice of Toren is destroyed, one of the ship’s ancillaries is able to escape. This ancillary, calling herself Breq, is determined to have revenge for the death of her ship.

Breq is single-minded in her approach to completing her mission. She encounters an old acquaintance, Seivarden, freezing to death in the snow of a foreign planet and feels compelled to bring her along. Breq is attempting to find the one piece of technology she can use to complete her personal mission of vengeance: a gun that is undetectable by standard scans and uniquely powerful in its effects.

The critics of this highly successful novel tend to linger on the fact that the book does nothing to reinvent the genre or provide a more interesting take on many of the standard science fiction tropes. And it is true, Ancillary Justice is a fairly standard space opera with black and white definitions of good and evil, complete with an ‘Empires are evil’ sentiment. But I dislike the idea that good books in any genre need to reinvent the very genre to which they are setting themselves. I mean, genre tropes are there because they work, they are often used in that genre, and readers expect them when reading a book in that genre. So how exactly is it a bad thing to use those tropes?

Since Ursula Le Guin’s brilliant The Left Hand of Darkness it is not unusual to find science fiction writing that indicates a blurring of gender lines – with races that do not have gender or do not identify it (like the Radch in Ancillary Justice). While it is not an original premise, it is always one I welcome. Why not drive home to every reader out there that prejudice along gender lines is pointless? Leckie uses this premise in the novel by using female pronouns for everyone (her/she). When Breq is on a foreign planet, she often mistakenly refers to everyone as ‘she’ while the natives laugh at her for her mistakes.

Another trope I loved in Ancillary Justice was the use of artificial intelligence – not just giving the ship an AI, but giving it a personality. And what exactly should we classify ancillaries as? They are humans but their minds have been wiped clean and in place of that, given the AI controlled by the ship. Part human, part machine? If we count this AI in the ancillary as purely AI – which the novel suggests it is – then Breq would definitely pass the Turing test. 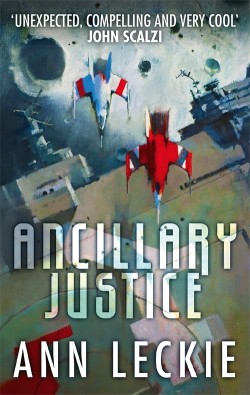 Like any good science fiction, Ancillary Justice asks many questions of what makes us human along with the nature of freedom and justice. In terms of ethics, the novel raises questions about colonization and whether the ends justify the means. Hand in hand with this, Leckie asks whether it is better to live in a state that is controlled tightly and therefore much safer for individual citizens or better to have more individual freedoms? In line with current feeling, Leckie argues for freedom and that discriminatory killing with a justification of ‘for the greater good’ is never acceptable. The conclusions she gathers – and even the questions she asks – are not unique to her work, but at least they do get the reader thinking.

The more interesting aspect of the novel is the questions it poses around the psychology of humans. With the ability to fragment one’s psyche into multiple physical instances poses some interesting questions – will fragments of ourselves always agree? Humans are almost always suffering from internal conflict, even with the most basic of decisions (should I eat the cookie? Should I not eat the cookie?). So what happens when we fragment ourselves into so many different instances? In Leckie’s world, this leads to war. An internal, mental division played out in epic galactic scope. No longer is it just an angel and demon sitting on our shoulders, but enacting their views across a population of billions.

Previous: Lady Gaga brings her monsters to American Horror Story
Next: Ex Machina: Does Ava actually like you or is she pretending to like you?