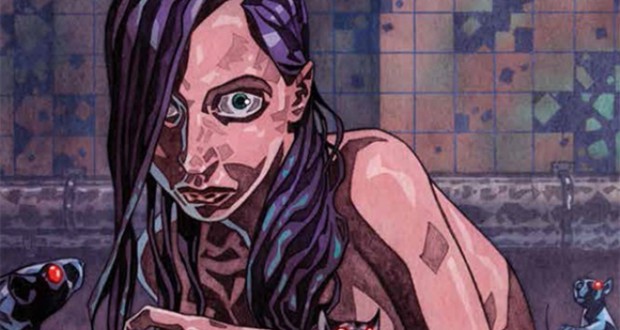 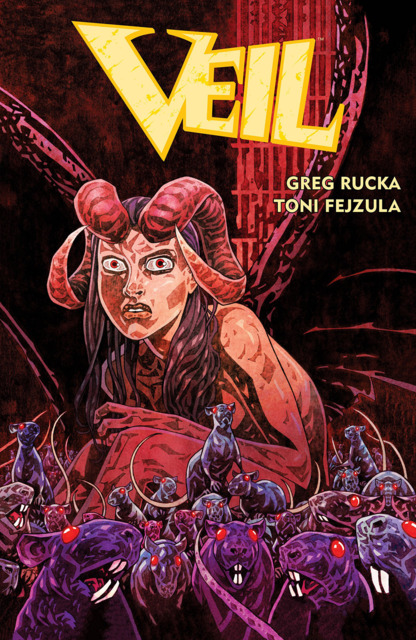 In March 2014, Dark Horse comics began publishing the miniseries Veil. This creator-owned comic series comes from the mind of the Eisner Award winning writer Greg Rucka with the artistic talents of Toni Fejzula. The hardcover collection of all issues was released in January 2015.

I’m a big fan of Greg Rucka’s Image Comics series Lazarus, but apart from that, I can’t say I’m overly familiar with his work. When I first saw Veil, I admit that it was the art that drew me to it. Toni Fezjula’s style is perfect for the story, a kind of stained glass window effect while bringing in dark underworld noir aspects to a religious sentiment. While there’s no denying that the art is the strongest element in this series, I still thoroughly enjoyed the collection of issues 1-5.

In an abandoned subway tunnel, a mysterious young woman, Veil, wakes. She doesn’t know who, where, or what she is. Completely disoriented, she wanders naked out onto the streets where she is, naturally, subjected to leers and propositions from ill-intentioned men. 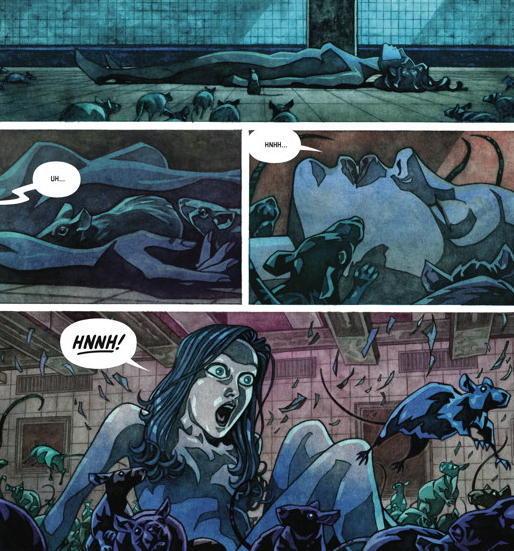 Her knight in shining armor comes in the form of Dante, a good-hearted ruffian who doesn’t want to see a vulnerable girl taken advantage of. Unfortunately, Dante finds that he is in over his head when the question shifts from ‘Who are you?’ to ‘What the hell are you?’

Meanwhile, a powerful businessman is conned by the supernatural expert he has hired to conjure a demon for him. The succubus that was being called would have obeyed the businessman’s – or his business’s board – every desire, bringing him fame, fortune, and carnal pleasure. Will they be able to track down the con artist and claim their prize? Who else is after Veil and her abilities?

The strength of a simple story 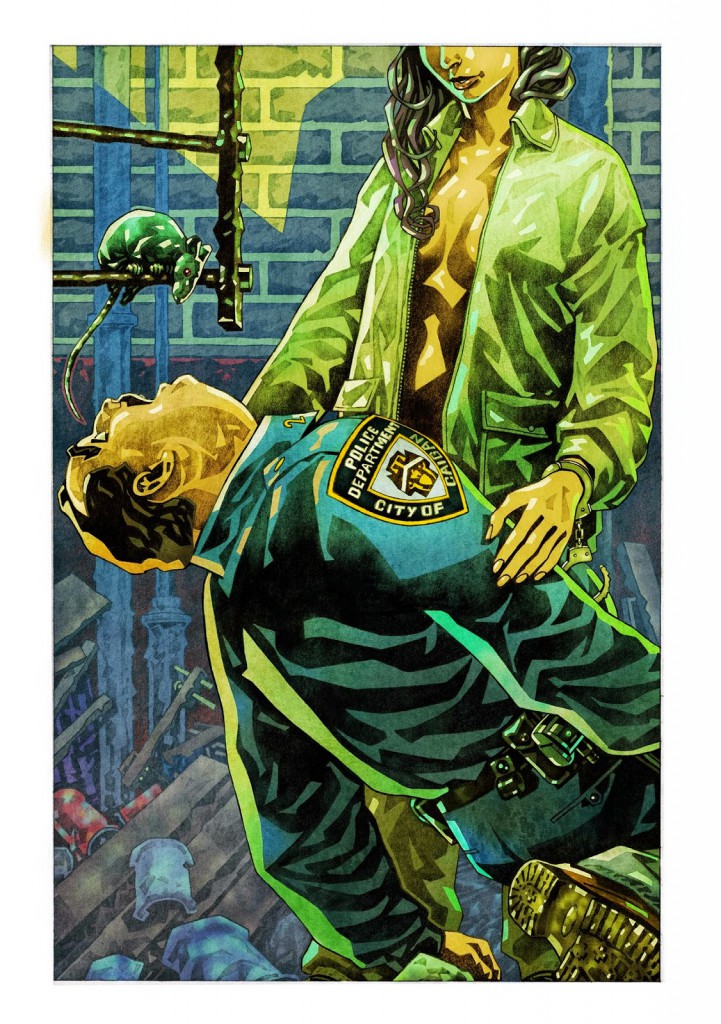 In the less positive reviews of this series I’ve read, one of the most common comments is that the story is too simple. On the one hand I agree, this is not a story that has a lot of twists and turns, we can see where it is heading from the beginning, but I don’t think that’s always a bad thing. The first collection feels like it could easily be an episode of Buffy. But the enjoyment of it doesn’t come from the ‘not knowing’ but in the appreciation of the telling. Not everything has to be breaking boundaries.

While the plotting of the story is simple, it allows Rucka to ask more questions related to the character of Veil. And, through very little dialogue, he actually manages to accomplish an astonishing amount of real characterization. Veil and her predicament are representations of the chains put on women by society. She is controlled by a master, much like a genie, in that whoever holds the chain used in the summoning ritual controls her. And while our natural instincts are to say that of course she deserves free will, no one should be controlled or owned by another, there’s another issue at play here. Veil is supremely powerful. If she is given free will, what would she do with it?

The set-up and the whole 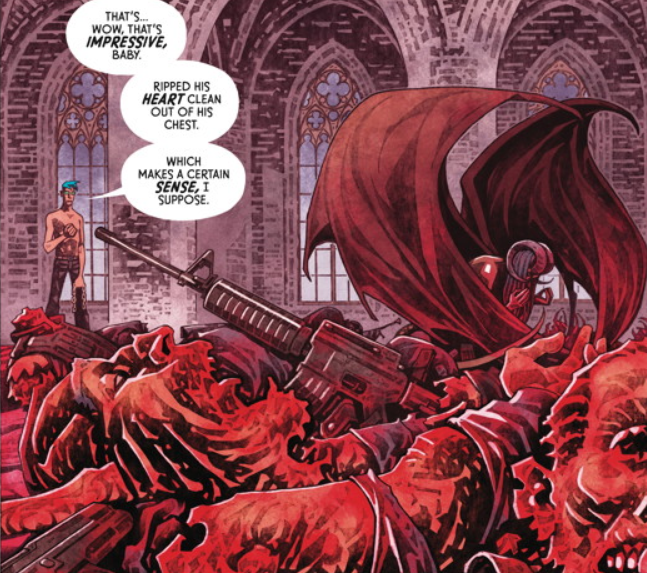 For me, these first five issues feel very much like the set-up. If this were the pilot of a new TV series I would be itching to see the next episode. However, for avid comic book readers, it probably is a little slower than most they are used to reading. It takes all five issues to really get stuck into the meat of the story – and even then, we are left with a cliffhanger, waiting to see what will happen next.

What I really loved about Veil is the opportunity and potential in it. I don’t know what’s coming next, but it seems to me this woman has a lot of justification to go on a kind of crusade against injustice. While the token that easily controls her may be destroyed, there are likely other ways to gain power over her. What will she do? Where will she go? By the end, we are still unsure whether we should be rooting for her or be concerned. And that is what makes the story so powerful. We want to know so much more. Good on Rucka for taking the time to develop an intriguing premise before getting stuck into her more agency driven plot.

Verdict: If you are looking for a comic that is all action, then this one isn’t for you. Instead, enjoy the sumptuous, detailed art and the slow reveal of Veil’s story.

Previous: Love is Strange: When you live with people, you know them better than you care to
Next: CHAPPiE: An AI gangsta with a heart of gold