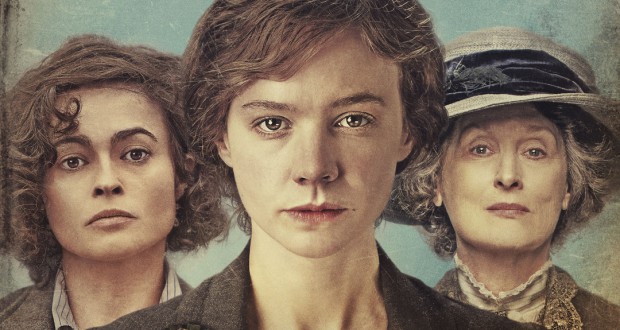 I feel in many ways 2015 is a fortuitous year for feminist cinema. We have finally got a major release with mass appeal that has no qualms about showing its support for female liberation and equality which also stands as a great film independent of its political leanings. So Mad Max: Fury Road is indeed a tough act to follow for any further films pushing the same agenda this year.

Suffragette is the half-fictionalised story of the British women’s liberation movement as it was in 1912. Now it would be easy to breeze through this review as a card-carrying feminist, talking about progress and what this film represents in a still male-dominated industry but you don’t get a free ride for pandering to my political views. Suffragette needs to stand up as a film whether or not its ethos is politically and morally sound. It is a solid film but, frustratingly, many of the seeds of a great piece are present but are never nurtured into emergence. 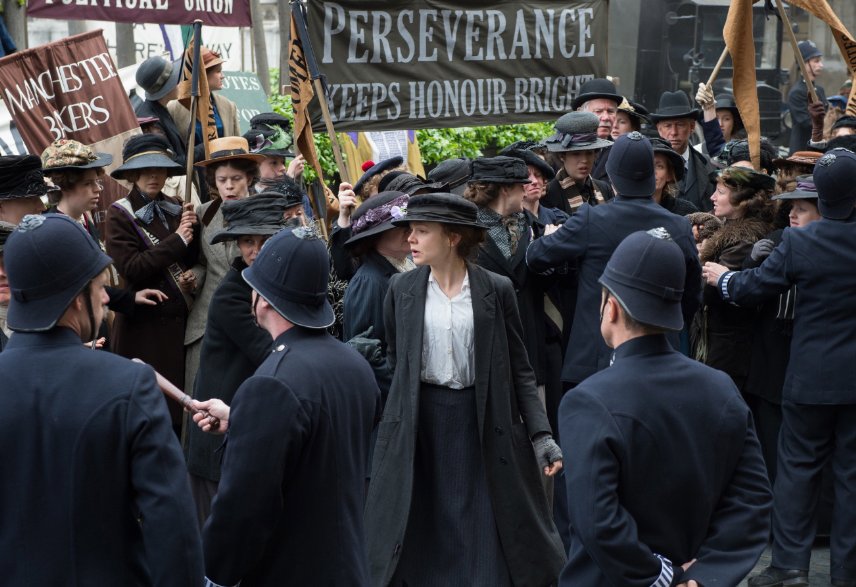 Thankfully, Suffragette does not descend into the depths that I had feared but I can’t help but feel it could have aimed for more. Whilst it is very direct about depicting the oppression and abuse these women were suffering under, Suffragette refuses to give a detailed or sophisticated view on the patriarchal power structure, how it perpetuates itself, indoctrinates people, or pervades society across a multiplicity of forms and practices. It’s very good on depicting the travails of the women and the logistics of the Suffragettes’ civil disobedience campaign but I do think it lacks a holistic picture of sexual politics in that era.

Suffragette presents a firm but narrow perspective on events

It’s not so much that the film puts any feet wrong (good performances across the board, I must say) but it could have taken more steps. I have the odd qualm with a line or two that are unduly expository or a bit Hollywood-esque but I’d like to compare to another oppression drama (if that’s a genre…) to highlight my reservation: Twelve Years a Slave. In that we get a no-holds-barred display of the indignities and brutality of slavery (and I was impressed similarly with how far Suffragette went with its force-feeding sequence) but around that we also see the moral equivocations of certain people within the slave industry; the ease with which its victims are co-opted into its mentality; how other oppressed groups lashed out at slaves when both were under the oppression of white male landowners; how the slavery ethos fed into and mingled with other ideological positions and forms of wantonly abusive behaviour. 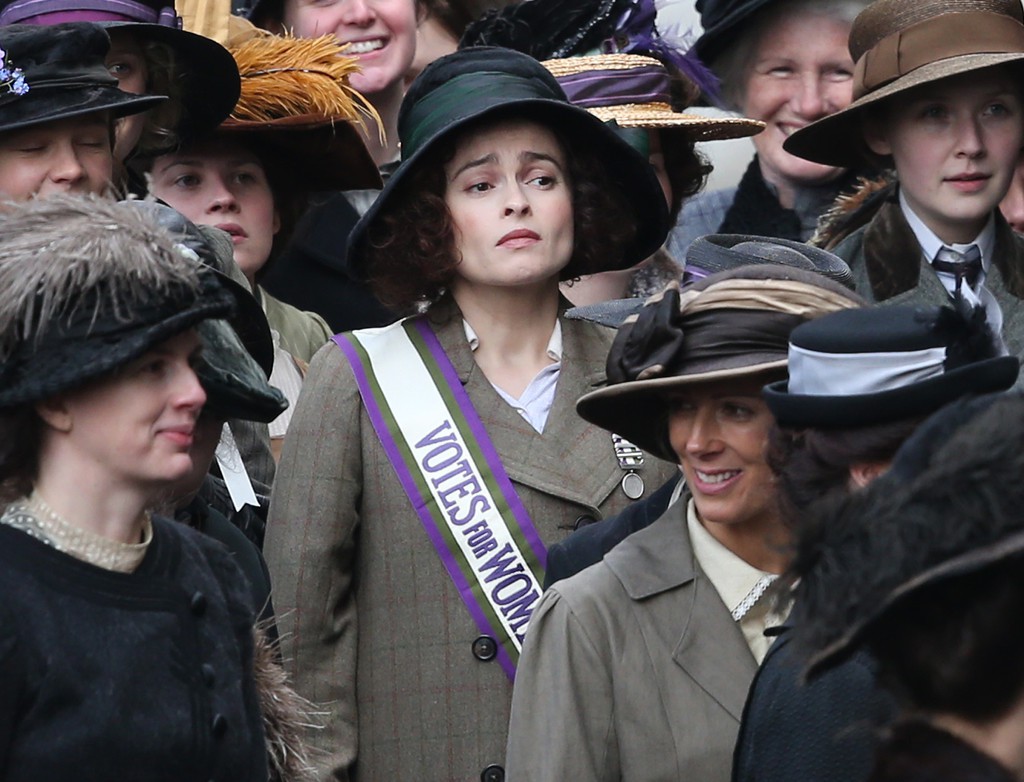 The result is that Suffragette presents a firm but narrow perspective on events. The necessity for the women to adopt a campaign of violent civil disobedience is taken as a given. The process behind radicalism and isn’t interrogated with the intensity of, say, Hunger (like Twelve Years, also by Steve McQueen). They’ve missed a great opportunity here as Sarah Gavron’s direction is very good at evoking tension, or even horror, through the various set-pieces. If only it was matched with a deeper probing of what is going on behind these events. I would say the one point it does draw out above all others is the social divisions between the strata of suffragettes, with the working class foot soldiers more exposed to the repercussions the authorities will mete out than the middle class leaders.

There is however one decision behind the production that keeps niggling me above all others though. As alluded to earlier, although we follow real events, this is a semi-fictionalised account in that the protagonist Maude Watts (Carey Mulligan) is fictional. This wouldn’t be a problem if the events depicted did not include moments like Emily Wilding Davison (here played by Natalie Press) throwing herself before the king’s horse at the derby. When moments like this become the focal points of the film in terms of theme and narrative, you have to wonder why they didn’t do a biopic of Davison.

For all these reservations though, I don’t want to give the impression I was sat through the screening tutting and harrumphing. Suffragette is a decent film with a clear through-line on its plot and characters and a well-made stance at its core. I only wish they’d taken this opportunity to say more than they did.

Suffragette is currently on general release in the UK and USA.

Previous: The Lobster: That would be absurd
Next: There is a House from New Orleans: The new punk of Corrections House