Home / Film / The Lady in the Van: A difficult woman… 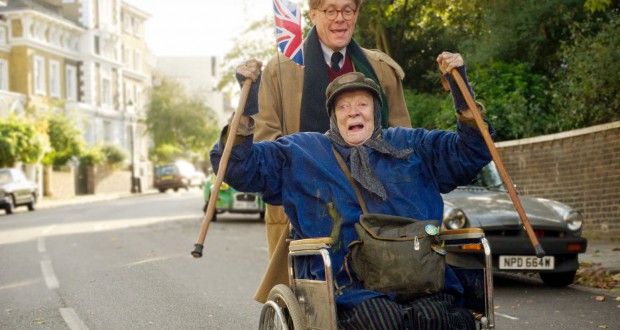 Comforting Sunday afternoon viewing with a whiff of intellectualism, The Lady in the Van is a satisfying little film with a quasi-biographical bent about Alan Bennett (Alex Jennings) and his bizarre squatter-come-neighbour. The… forceful Miss Shepherd (Maggie Smith) rolls onto Bennett’s street in Camden with her van in the later ‘70s and eventually comes to occupy his driveway. What starts as a gesture to accommodate a strange vagrant for a few months turns into a 15 year occupancy.

This is going to prove very pleasing to standing Bennett fans. You get the playwright, as played by Jennings, with all his dour and droll observations and a great deal of reflection on his life and works. As anyone familiar with Bennett can expect, there’s much he has to say on his life’s trajectory, his writing and his mother. But this isn’t one of his acclaimed monologues. As meta- and playful as the structure gets, this does dedicate itself to presenting the relationship between the restrained writer and his cantankerous, manipulative, self-serving and infuriating tenant. 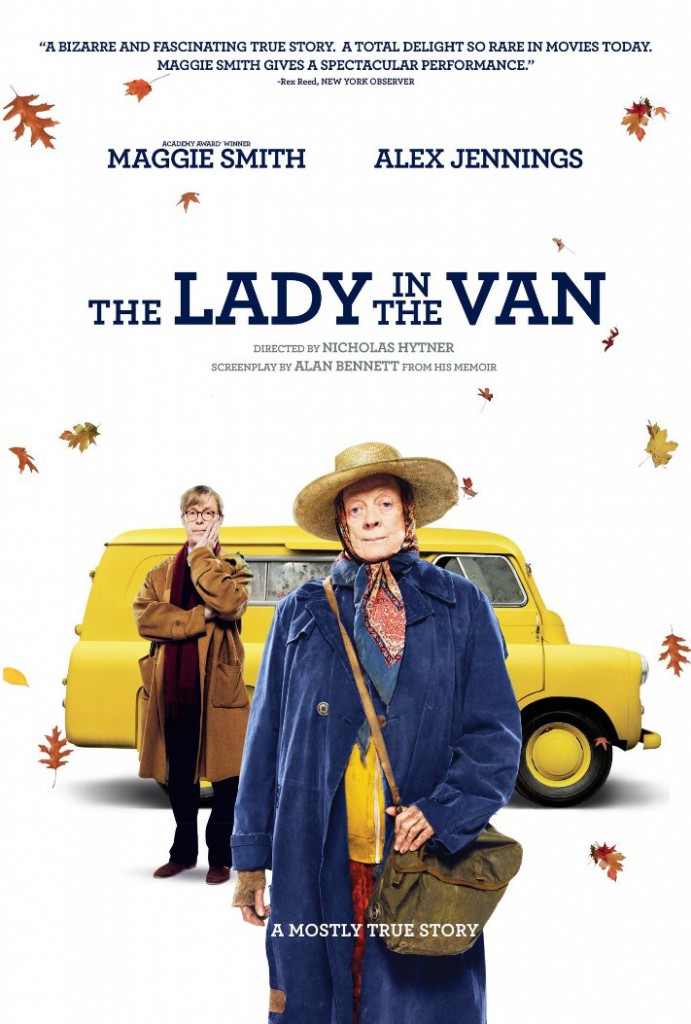 This film does present some stylish twists on its ‘based on a true story’ narrative (not least as it opens with the above caption premodified by ‘mostly’). Rather than getting the one Alan Bennett, we get two. There is the Alan that lives and interacts with people, and the writing persona, chained to the desk and butting in with his editorialising comments on how he is going to write all this up. The ending in particular plays upon the overt construction of this ‘biographical’ account with its wanton fabrications – indeed, I think they go a bit far with the very last gag on this point but that hardly makes this a rum deal.

The two Alans approach facilitates scenes where he bickers with himself over the comparisons between his mother (ever the source of so much of Alan’s anxious writing) and the bizarre woman parked on his drive allow for richer thematic seams than could otherwise be accommodated. Furthermore, the film is aware of the possibly exploitative manner in which both parties are using the other. Miss Shepherd gets shelter and security by wriggling her way into Alan’s property; Alan gets to use her as an unconventional muse and source of subject matter (the film is of course the very result of that fact). Determining the degrees of parasitism and symbiosis is if anything the key intellectual struggle of the piece.

It’s a nicely reverential icing on the cake 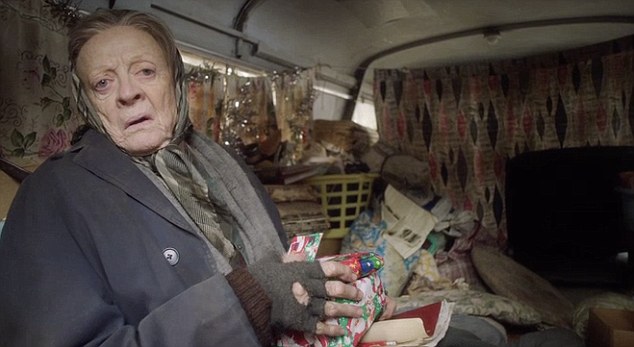 If anything, these questions perhaps overshadow the narrative (if we wish to so call it). Though covering a long period, this isn’t an account of upheaval and action. As Alan is want to lament, events plod along in his life without major or exciting incident. The lady in the van is an orbiting body in his life, and he in hers. It seems odd to say, but the drive of the plot in trying to steadily uncover the secret past of Miss Shepherd does miss that the main appeal is seeing the two characters tolerate and irritate each other. The film could do so with no promise of resolution and I would have been perfectly contented.

Maggie Smith, as one expects, is impeccable. She conveys the dabbling distraction, moodiness and (somehow) odour of the ramshackle elderly squatter. The danger with portraying Alan Bennett is naturally that his voice is far from inimitable. Jennings gives us sufficient insight into the man that things thankfully rest above mere caricature. There’s also a pleasant little Easter Egg in the casting with many of the supporting cast being alums from Bennett’s acclaimed film (and originally stage) version of The History Boys. It’s a nicely reverential icing on the cake that avoids the naked egotism of exclaiming how wonderful and talented the writer is (though, of course, he is).

Verdict: A lovely meander into the bizarre circumstances of a mysterious old lady and her crabby culture vulture of landlord.

The Lady in the Van is currently on general release in UK and reaches the USA in January 2016.

Letters from Baghdad: Not very like a woman, you know…
Alex Jennings film Maggie Smith Review The Lady in the Van 2015-11-18
Fenton Coulthurst

Tagged with: Alex Jennings film Maggie Smith Review The Lady in the Van