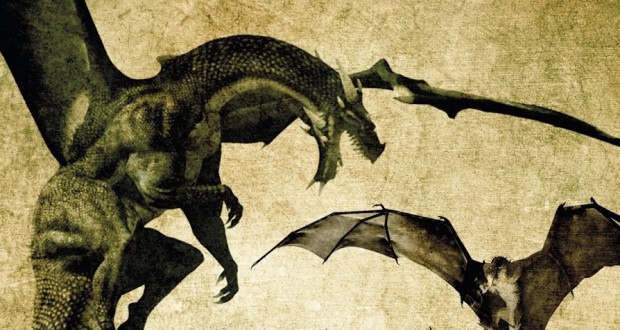 The second installment of The Copper Cat finds our heroes in a more conventional narrative for a full-length novel (the first in the series was more episodic in nature). The characters have been well established and the world fleshed out so Williams instead pushes the characters even further into challenging situations making The Iron Ghost darker than its predecessor.

While I thoroughly enjoyed the novel, it was difficult to get through. For a fantasy novel it isn’t overly long (ok, it’s a little long – 544pp), but it took me at least a week longer than Words of Radiance which clocked in at 1087pp. Despite my sluggishness in reading the novel, The Iron Ghost is a solid comedic fantasy novel with Williams’ signature upending of genre tropes.

Beware the dawning of a new mage… 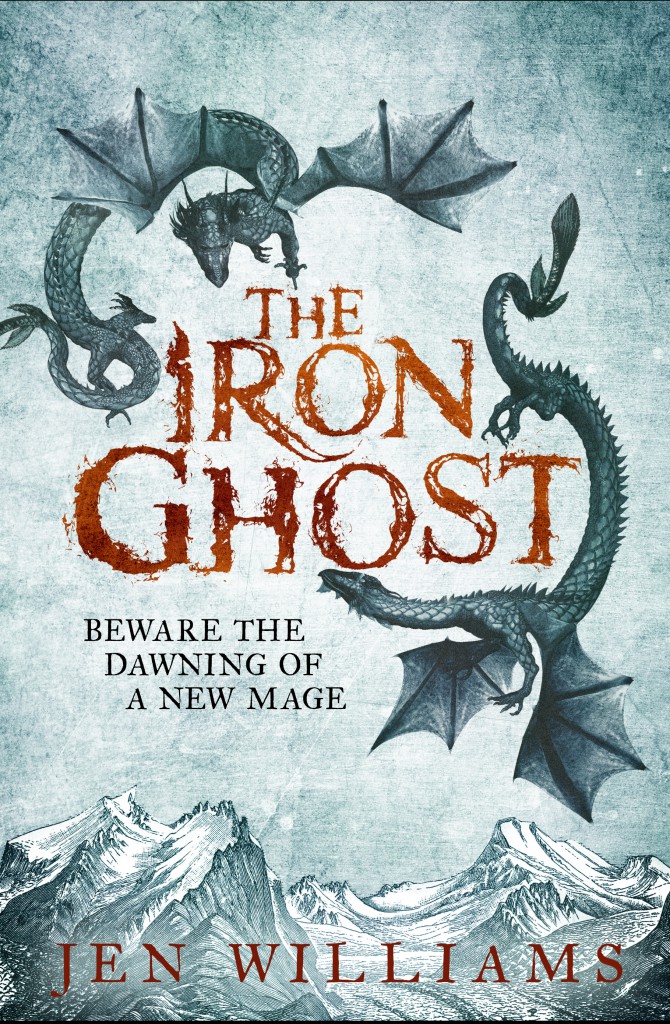 Following on from the events of The Copper Promise, the Blackfeather Three find themselves in high demand. After all, who wouldn’t want to hire the mercenaries that brought down the dragon god?

In the interim, the trio went their own ways. Sebastian has taken the brood sisters into the mountains to train them in the ways of the human world. Frith went home to sort out his affairs while Wydrin… well, she probably drunk a truckload. When Wydrin contracts a new job for them in Skaldshollow, the group reform. Things are never as easy as they seem at first glance, however. What was meant to be a simple job – find a stolen item – turns into so much more.

The Blackfeather Three have not seen the last of the demon Bezcavar. Strengthened by recent suffering in his name, Bezcavar is pulling strings once again, including reviving an old friend and powerful mage, Joah Demonsworn. Wydrin, Frith, and Sebastian find themselves in the middle of an ancient feud as they discover new kinds of magic and attempt to defeat demons, gods, and psychotic mages.

We hope that we don’t all die horribly

Despite Wydrin being the core character for the series, it is Sebastian I feel that is the best developed of the heroes. He has multiple facets to his personality and is very relatable. The through line for his character in both novels is far more complex and interesting than either Wydrin or Frith, with multiple clear internal and external conflicts. Where his friends often fall into established character patterns time and time again, Sebastian shows real growth. In the first novel his internal struggles dealt a lot with his upbringing and the ideals that entailed that came into conflict with who he was. That is still touched on some in The Iron Ghost but there’s the added bonus of Sebastian working with the brood sisters and his divided loyalty and guilt. 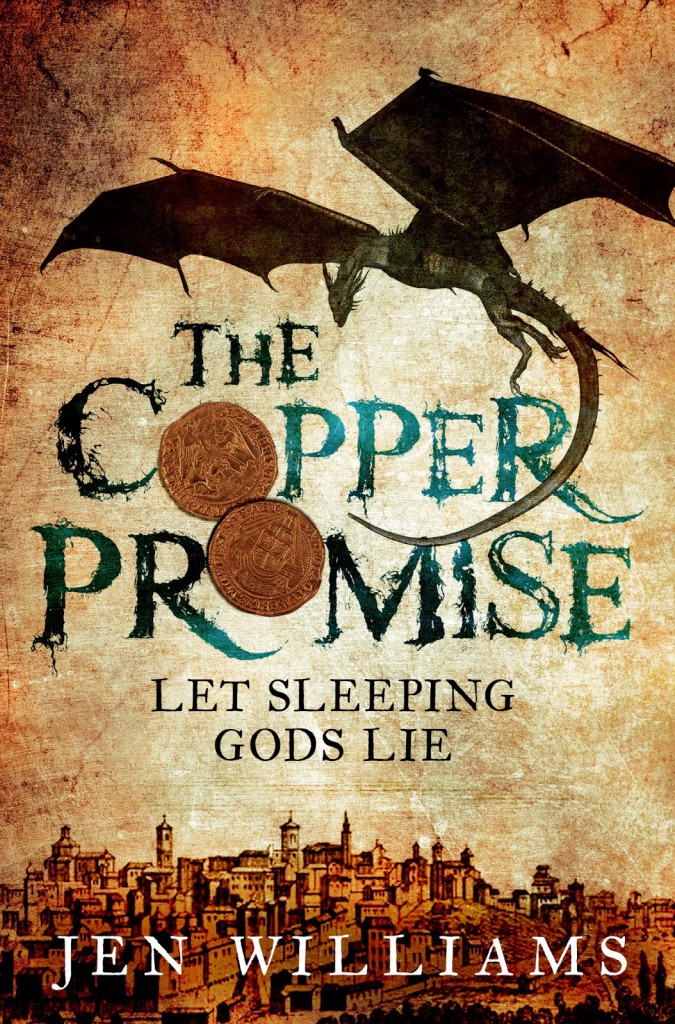 It’s not that Wydrin and Frith don’t have character arcs in the novel, but theirs are far more ordinary and involve a lot less change. Wydrin never seems to change any or learn from her mistakes. The weakest points in the novel involve her deciding on a certain plan of action ‘just because’. Her big gamble that – luckily for her – pays off has zero contextual knowledge for her to come to the conclusion that events will play her way… of course, being a novel, they do. The lack of reasoning behind it took me too far out of the character and the fictional world – even a headstrong, impulsive woman like Wydrin would know better. She is, after all, a successful mercenary. This ain’t her first rodeo.

Frith is a trickier customer. The reader has a similar response to Wydrin when it comes to a lot of Frith’s decisions. I yelled ‘What are you doing?! Don’t do that!’ to no one several times as I was reading. The man makes dumb choices. Sure, it makes him more human but at some point I wanted him to get a clue. The big point of character growth for him also ends up being completely undermined by the end of the big battle, thus reducing the impact of the choices he made. He did something heinous, but it was what he thought he had to do in order to save the world. But oops, turns out he didn’t – and to make matters worse the author retcons his motives slightly saying he did it because he thought he had already lost everything rather than doing it to save the world. Takes the wind right out of those narrative sails.

It is difficult to put my finger on why exactly I struggled to push through this novel in a timely manner. It just dragged. There’s a ton of action and lots of great character building, but it felt like it was sidetracked too easily and took a little long to get on with things at times. While I love stories of badass women, I think this one would have been stronger if Sebastian had been the center of the story – his character arc is just so much more interesting than the others.

Verdict: Thoroughly enjoyable fantasy and a solid middle book for a trilogy. While The Iron Ghost tends to be darker and more serious than The Copper Promise there are plenty of laughs to be had. I would have preferred it to be more condensed and an ending that legitimized the character growth over the course of the novel.

Previous: Steve Jobs: Artists lead and hacks ask for a show of hands
Next: Consistency is king: Magic and powers in fantasy stories