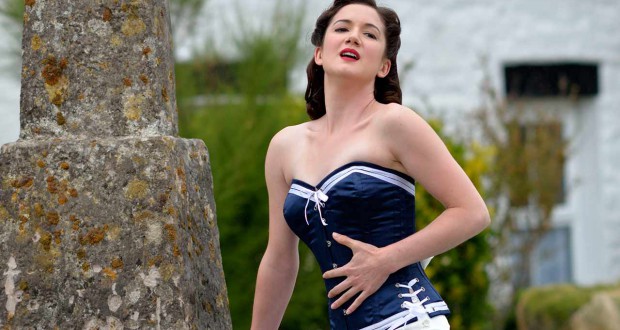 To begin at the beginning… this could take some explaining. Under Milk Wood is originally a radio play by Welsh poet Dylan Thomas. Aside from the initial radio broadcast and the textual reproduction, it has been performed on stage, had three subsequent radio versions with Richard Burton being the narrating ‘First Voice’, a 1972 film version with Burton again on top of Peter O’Toole, Elizabeth Taylor and Siân Philips, three more TV adaptations, and now this latest film version (without Richard Burton, who is dead).

Under Milk Wood is a poetical drama following the dreaming nights and daily toils of the small Welsh fishing village of Llareggub (spell it backwards). Half-blind Captain Cat meanders about hearing the ghosts of his dead sailor friends and his love beckoning from the sea, Mog Edwards and Myfanwy Price exchange letters of adoration that go unconsummated, Mr Pugh aspires to murder his wife, Mrs Ogmore-Pritchard slumbers and dreams of nagging her two deceased husbands in their afterlife, Constable Rees has to alleviate himself in his hat, Willy Nilly opens people’s letters with his wife, Gossamer and Sinbad silently lust for each other, and Mr Waldo slinks off for some slap-and-tickle with Polly Garter.

If you are struggling to discern my actual feelings on the film, it is because I am too 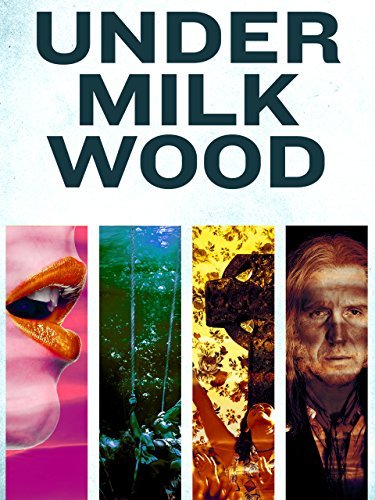 From this you get the picture of life in the sleepy Welsh town with its quirks and quaintitudes, its drama, comedy and tragedy. And then you get this latest film version which has packed as much garish colour, hyperactive visuals and sexual obsession as could be rung out of it. And a great deal more too. Almost every surface, every line of poetry and every shot is draped in hypersexualised energy. Mrs Ogmore-Pritchard’s tyrannical hen-pecking is turned into a fantastical BDSM sequence. The drunken Mr and Mrs Owen now turn to fumbling with each other whilst gobbling chips, rather than just rehashing the husband inebriated antics. Myfanwy Price spends her nights dreaming of copulating with briny musclemen.

If you are struggling to discern my actual feelings on the film, it is because I am too. Being a fan of the piece and having listened to one of the radio versions, I consider myself something of a purist. This is certainly a tonal departure. Any allusion to fetish, affection, or lust is dressed up and paraded out in corsets and garters. This isn’t a gentle attempt to visualise the text. 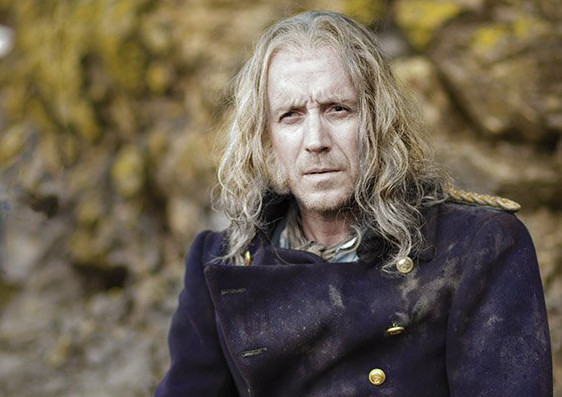 And that is one of the great difficulties for committing Under Milk Wood to screen at all. Being a radio drama, it is sustainable without any visual assistance. Is not the attempt to making a film version a fool’s errand? At the very least this version uses the visuals to embellish and elaborate on the text without tinkering too much at all with the words. It takes advantage of its cinematic form well. If anything, it is more erratic on its audio. In the Burton version(s) things are strictly enunciated. There was the odd scene here where the text did become a little garbled through the panting, scoffing and various accoutrements of the parade which this now resembles.

I do have reservations about this. Not least at the start it bowled me over with its full-on style but what I assumed at the beginning was going to be unbearable did not turn out to be so. By the end, the musicality of the poetry and song seemed to carry me through and in spite of myself I was saddened to see the camera once more hover over the bay, slowly withdrawing over the seeing and look up into the sky, starless and bible black. Perhaps it’s Dylan Thomas’ words that carried me through. Perhaps it merely takes time to acclimatise to the style of the film. Whatever it is, there is something that won me over.

Clearly there are things to recommend

Could I honestly recommend it though? The cast give a fine go at the text. Rhys Ifans as Captain Cat and the first voice is superb at grasping the rhythm of the text. Charlotte Church (who has starred in a previous TV version as a different character) is, as one would expect, very good at capturing the sing-song nature of the script. My particular favourite bits were the lusty fantasies of Gossamer and Sinbad which were marvellously inventive and deviant (from the text, that is) and the weird druidic vibe which the pastor has been recast in.

Clearly there are things to recommend but I think this might be in spite of its more overwrought elements. It’s unconventional and bonkers, putting itself way outside the field of mainstream audiences – and there is nothing wrong with that – but I can’t discern its ends or what these artistic decisions were hoping to achieve. At the very least, it’s the weirdest and most unrestrained film I have seen this year, which is an accomplishment in itself.

Verdict: Under Milk Wood is over-the-top but there’s a central kernel of literary genius struggling to and occasionally emerging out of its absurdity.

Under Milk Wood is on release in the UK.