Home / Film / Pride and Prejudice and Zombies… and heaving bosoms 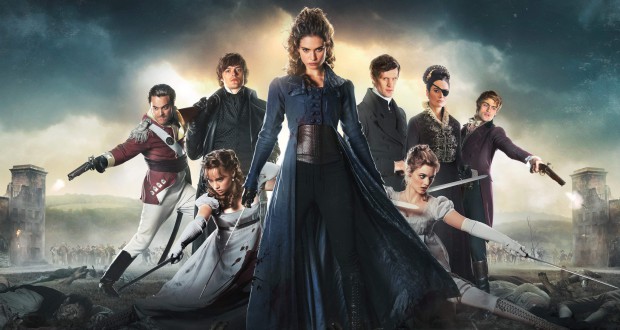 I can’t imagine anyone had any expectations that Pride and Prejudice and Zombies would be anything other than supremely stupid. These expectations were not unfounded. It is, indeed, of the highest order of stupidity. Unfortunately, it completely misses the mark for enjoyable, ludicrous silliness that makes things like Monty Python work so well. They don’t completely ham it up (except for Matt Smith), the plot is nonsensical (while trying to appear coherent), and the acting is so bad it is often the only aspect that actually manages to induce laughter. 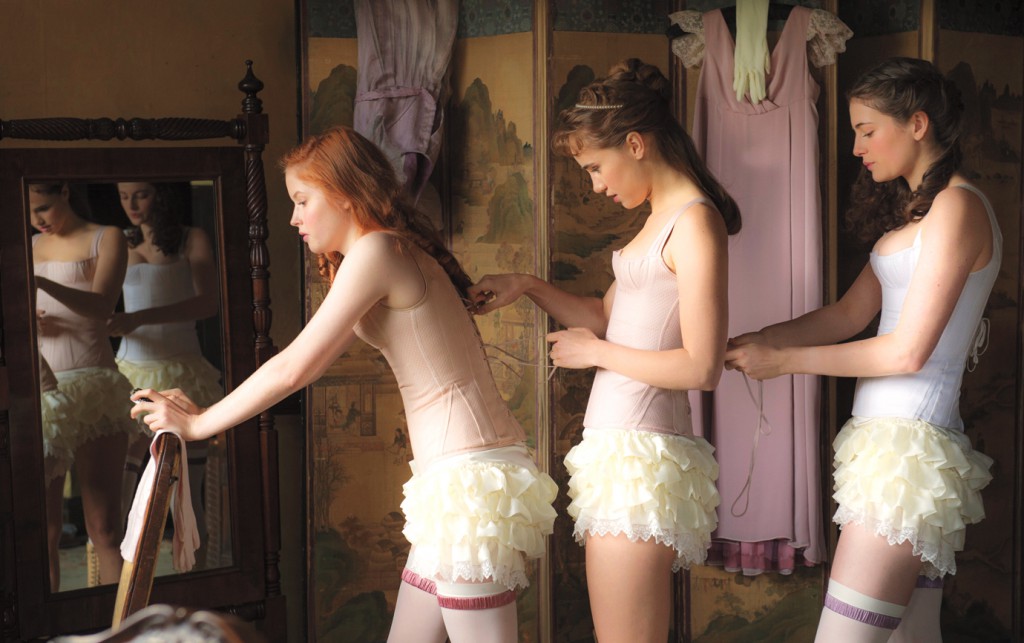 For the life of me I can’t work out how this production managed to score so many brilliant actors in its cast – and then squander them so appallingly. Not only that, the film was produced by the talented Natalie Portman (who originally purchased the rights to the film adaptation in the hope of starring in it herself). Burr Steers, who has been behind the camera for duds (Charlie St. Cloud) as well as comedy gold (17 Again), takes on screenwriting and directing for the enormous load of excrement. His writing abilities might not be to everyone’s taste, but How To Lose A Guy in 10 Days was solid for a rom-com and Igby Goes Down was brilliantly odd. So how, how, HOW did it all go so wrong for Pride and Prejudice and Zombies?

To succeed in polite society, a young woman must be many things. Kind… well-read… and accomplished. But to survive in the world as WE know it, you’ll need… other qualities. 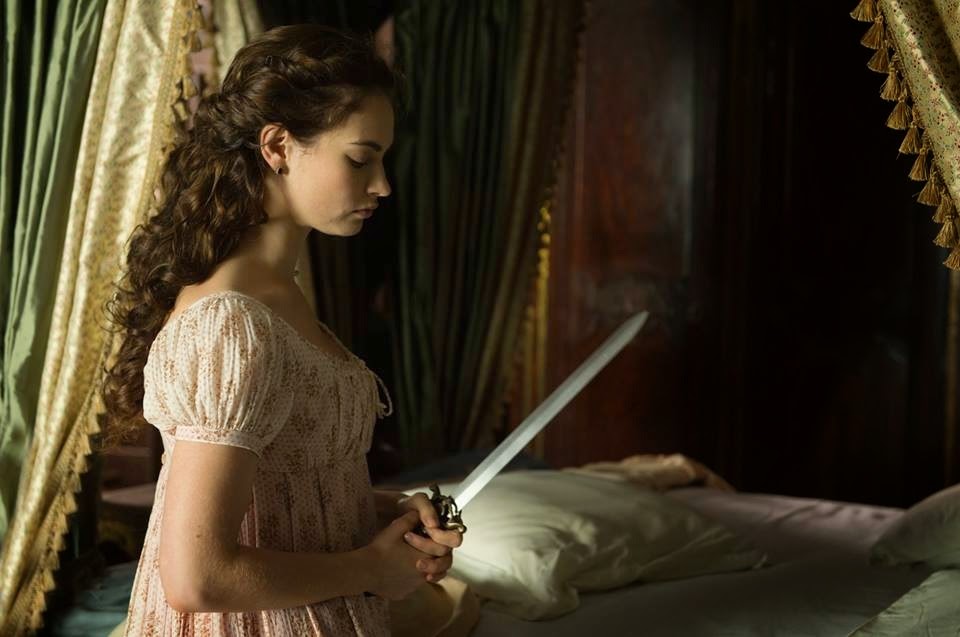 The mash-up style of Pride and Prejudice and Zombies and other similar novels was the brainchild of Quirks Books editor Jason Rekulak who contracted Seth Grahame-Smith for the first in the series. The gimmick worked and the book was an instant success, becoming one of 2009’s bestsellers. With a wide variety of mixed reviews from critics, the negative ones had most issues with Grahame-Smith’s awful prose. I have a feeling (I have not actually read the book) that most of the clunky dialogue in the film is directly pulled from the novel. And they are really, truly awful.

The premise is fairly simple: keeping intact as much of the original narrative of Jane Austen’s beloved novel, Grahame-Smith has added a zombie apocalypse into the mix. As the Bennet sisters navigate the world of romance and capitalism, they must also defend themselves against the zombie hordes closing in on Hertfordshire. Some of the more interesting zombie additions to the novel have been dropped for the film adaptation, I imagine in the interest of time, but what we are left with is the story we all know almost exactly the same as it always was – with a bit of blood, guts, and gore thrown in.

Of all the weapons in the world, love is the most dangerous. 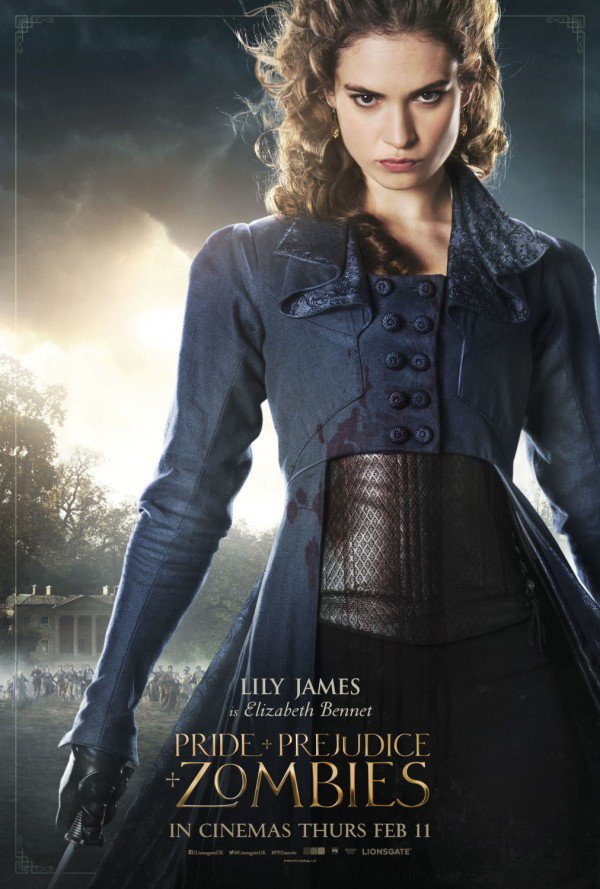 One of the reasons 1995’s BBC adaptation of Austen’s classic worked so well was that it allowed the story to have breathing room over six hours. Every attempt I’ve seen at making the story fit into an approximate 90 minute run time has been appalling. The change of heart in the characters always feels unearned and generally the story feels rushed. Adding in additional sequences of zombie brawls only slows down the love story. What we are left with is a love story on fast-forward that ultimately makes little sense and feels completely unfounded. Apart from Elizabeth (Lily James) and Parson Collins (Matt Smith), most of the actors deliver their lines as quickly as possible to keep the scenes to their allotted timings. The dialogue and poor delivery was akin to a poor high school stage production.

Directors who have the ability to turn good actors into wooden puppets are actually quite rare. After Pride and Prejudice and Zombies, I feel that Burr Steers has earned a place next to George Lucas on that scale. Despite the obviously atrocious direction, Lily James still manages to deliver enough spunk to the role to make Elizabeth a worthy protagonist (despite all the hyperventilating to keep her bosom heaving in a titillating manner). But it is Matt Smith’s performance of Mr Collins that gives the film its real redemption. Every time he is on-screen there are moments of genuine humour. He alone seemed to understand that this film would work only if it was hammed up to the max, with the farce of it all laid bare for all to see. If everyone else had followed his example, the film might have been watchable. 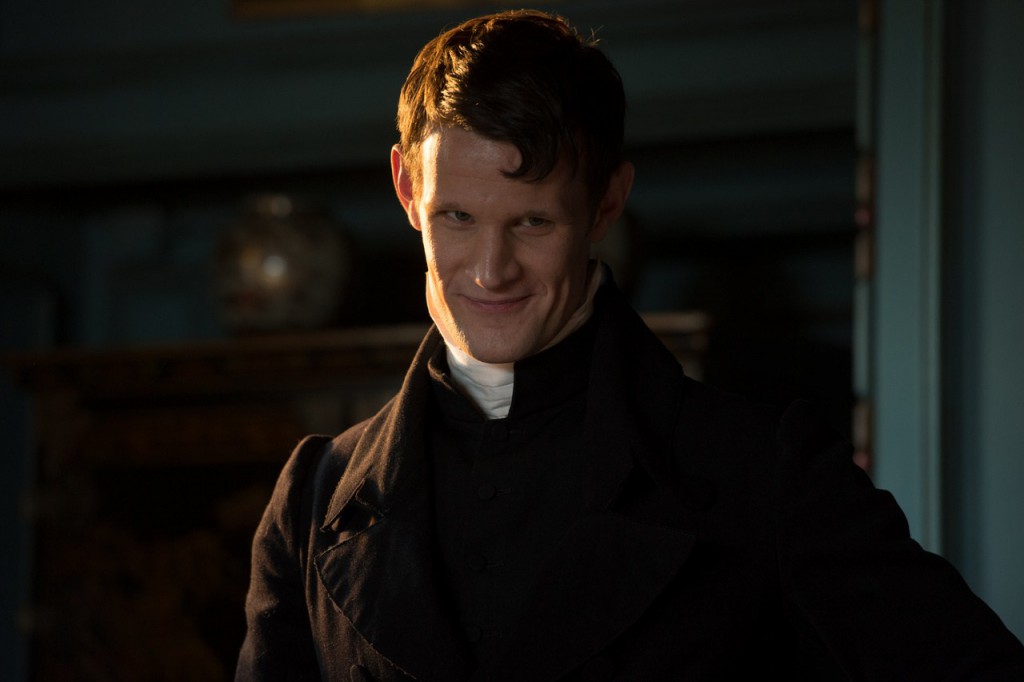 As it stands, the film is so awful that it becomes funny in a way that it was never intended to be. You will find yourself laughing at it than at any intentional comedy (barring Smith) and wondering at how they managed to make a plot that everyone knows so well, make so little sense. This film is so utterly shit you have to marvel at the skill involved in making it so totally bad.

Verdict: As rotten as the zombie flesh it’s trying to eradicate.

Previous: Deadpool: With great power comes great irresponsibility
Next: Trumbo: What the imagination can’t conjure, reality delivers with a shrug