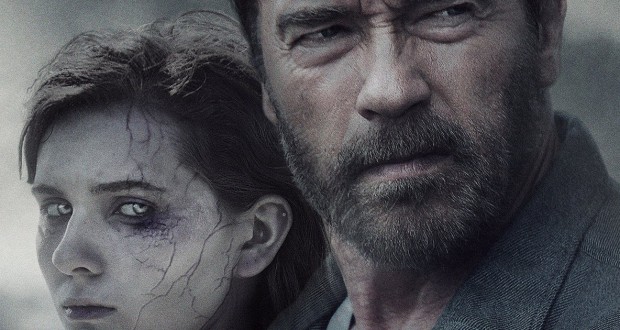 This slow-moving, emotional, low-budget film feels out of place amongst Arnold Schwarzenegger’s filmography. But I suppose, like anyone, Arnie gets sick of doing the same thing over and over. It’s an impressive attempt at branching out. His role in Maggie is the lowest paying gig he’s taken since The Terminator, but I’m pleased to see him trying other things.

Maggie follows the story of a father and daughter after the outbreak of a devastating, zombie-like disease. Maggie (Abigail Breslin), having been infected, tried to run away, to protect her family. Her father (Arnold Schwarzenegger), however, has other ideas. He wants to have what time with her he can. As Maggie deteriorates, her father has to decide what he will do when the time comes – send her to Quarantine or try to end her life more humanely.

The film is billed as a horror/thriller but I have to disagree with that pigeonholing. Just having zombies does not a thriller make. This is an emotional film, a study of the relationship between Maggie and her father, as well as a look at how humans deal with suffering and loss. With the protagonist being a teenager, it is easy to immediately draw parallels between her ‘transformation’ into zombie-hood and puberty. But this film is far more about dealing with a family member who discovers they are terminally ill – about how that person deals with the knowledge, the last days/weeks/months of life, and how their friends and family manage to cope with the knowledge of what is to come. 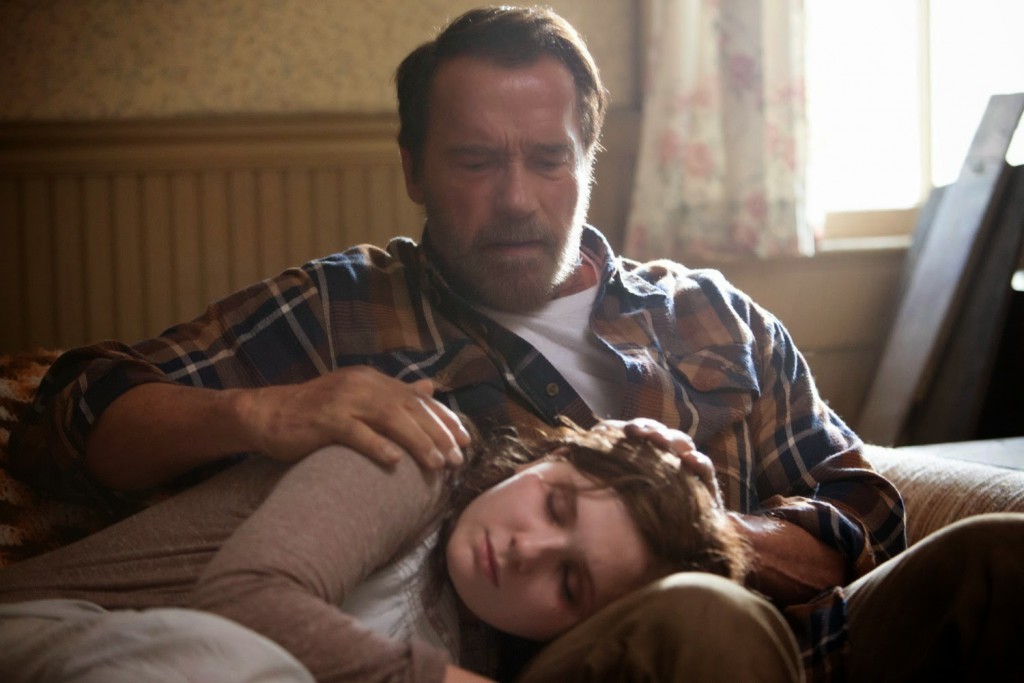 A lot of reviews comment on the film being slow and ‘boring’, which I can absolutely see being the case if you went in hoping for some kind of action/horror/slasher type film with Arnie being a badass. But that isn’t what this film is trying to be – it perhaps would have made more sense to have a marketing campaign along the lines of an intense and emotional film about a cancer patient. If we look at it in terms of the latter style/genre of film, it is actually a fairly strong film. The emotion feels true and the drama builds throughout. But as a zombie film, it doesn’t hit the right notes most zombie fans will be hoping for.

There’s no doubt Maggie is a thoroughly depressing film. The tension is never ‘will she die’ but when and what will it do to everyone around her. Adding the zombie element is probably the only way you’d ever get me to a film like this. Why would I want to watch the deterioration of a terminally ill person on screen any more than I would in life? But then again, that’s what SF – science fiction, fantasy, horror – is all about. Commenting on real world scenarios using metaphor. And Maggie goes to the heart of that mission statement while still being very different from a lot of SF films of late. 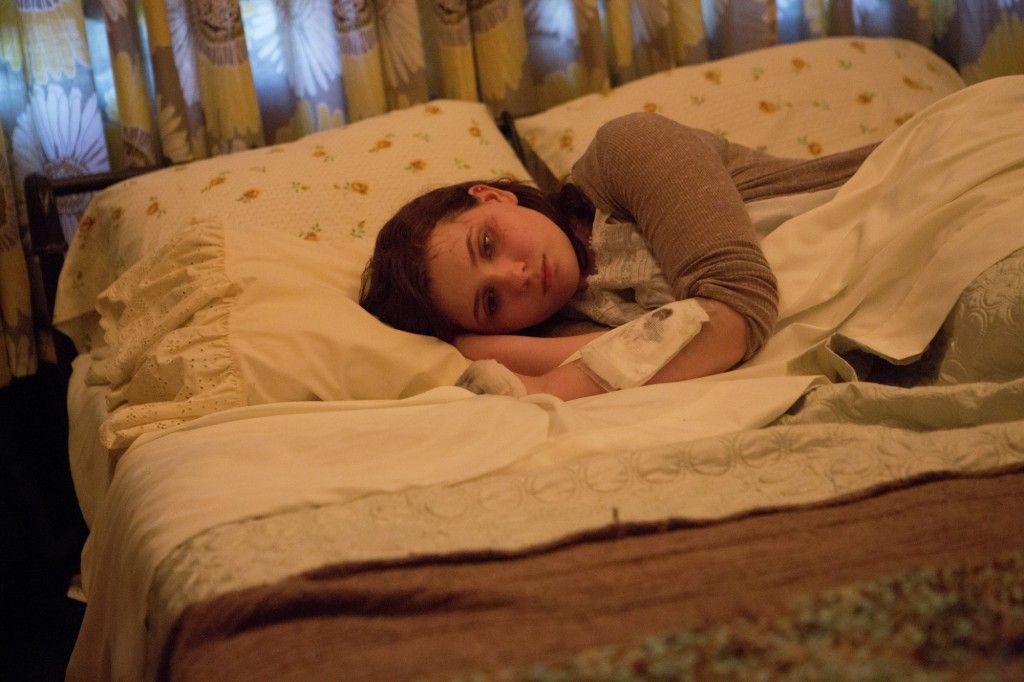 Breslin is a tremendously talented actress and is what makes Maggie so strong when it comes to the grounded, emotional resonance. And kudos should go to the makeup team that delivered her gruesome physical transformation, particularly in later scenes with close ups of her black-veined feet. Through all the fantastical pieces brought into the film, Breslin always feels like a real teenage girl trying to deal with being dealt a shit hand in life.

Schwarzenegger also needs his fair share of praise – provisionally. This is a very quiet film, with minimal dialogue. This works in Arnie’s favour. He’s actually very good at acting with the physicality of his face. He uses silence and his facial expressions to explore more emotion than most Hollywood actors ever manage to, something far more common in seasoned stage actors. However, as soon as he opens his mouth and needs to deliver more than a handful of words, the audience is treated to his usual robotic, rote-learned delivery style. This is perhaps why he was so good in Conan – very little dialogue – and why he works as robot Terminator. He just can’t keep up the acting while also remembering lines.

Verdict: A different take on both zombie films and tales of the terminally ill. Often slow, but the emotionally resonating performances and close-ups keep the audience engaged with the characters. Worth checking out even if just to see Arnie try his hand at some actual acting.

Maggie is currently on limited release in the UK. The film is available to stream and purchase in the rest of the world.

We Have Always Lived in the Castle: I am going to put death in all their food and watch them die
2015 Abigail Breslin Arnold Schwarzenegger drama film horror Maggie playing against type Review SF terminal illness thriller Zombies 2015-07-28
Megan Leigh

Previous: Inside Out: Crying helps me slow down and obsess over the weight of life’s problems
Next: Why I write