Home / Film / Inside Out: Crying helps me slow down and obsess over the weight of life’s problems 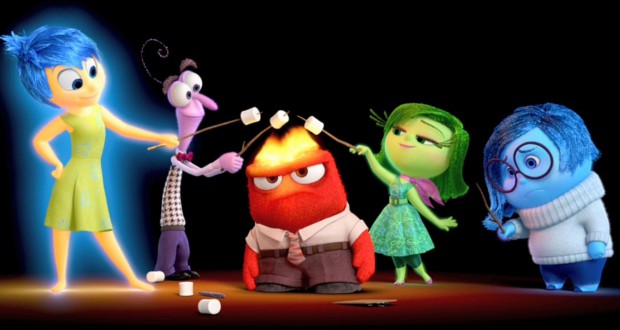 This film was a little too real for me. There were two pieces that struck a massive chord with me: 1) like Riley, I was also moved away from my home and friends and had to deal with all the shit that comes with it; 2) I am sadness (she’s my spirit emotion, we even have the same haircut). Inside Out made me laugh and cry (embarrassingly so… thankfully cinemas are dark, no one saw that, right?! RIGHT?!).

I do have to wonder if the film works as well for children as it does for adults though. The screening I attended was full of adults, so it was hard to tell if children would enjoy it (and given I avoid children at all costs, I find it tough having any idea of what appeals to them). But Inside Out is not the usual joyride that Disney and Pixar like to deliver. Instead, it’s actually rather emotional and intense. While there are some very good jokes, they are often what I would consider to be too witty for a kid to grasp.

Welcome to the life of Riley. When Riley is first born, she has only Joy, looking after her happiness in the way only Leslie Knope – wait, I mean Amy Poehler – can. But like most things, that pure, unadulterated joy doesn’t last long. Along comes Sadness (voiced by Phyllis Smith). From there, the emotional headquarters of Riley’s mind grow increasingly crowded with Disgust (Mindy Kaling), Fear (Bill Hader), and Anger (Lewis Black). 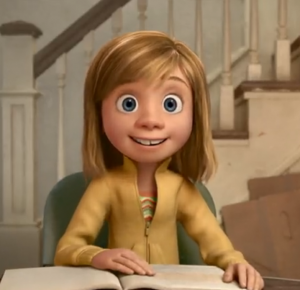 Riley has the perfect childhood – parents who love her, good friends, and hobbies she is passionate about. But everything changes when her family moves to San Francisco and Riley is forced to start a new life. The emotions in headquarters struggle to hold Riley’s mind together as Sadness starts corrupting all the happy memories. Trying to keep Sadness in check, both Joy and Sadness find themselves thrown out of headquarters and stuck in the maze-like wasteland of long term memory. With only Fear, Disgust, and Anger driving Riley, things go from bad to worse quickly. Will Joy and Sadness return to headquarters in time to save Riley from herself?

I’m positive that you’ll get lost in there! 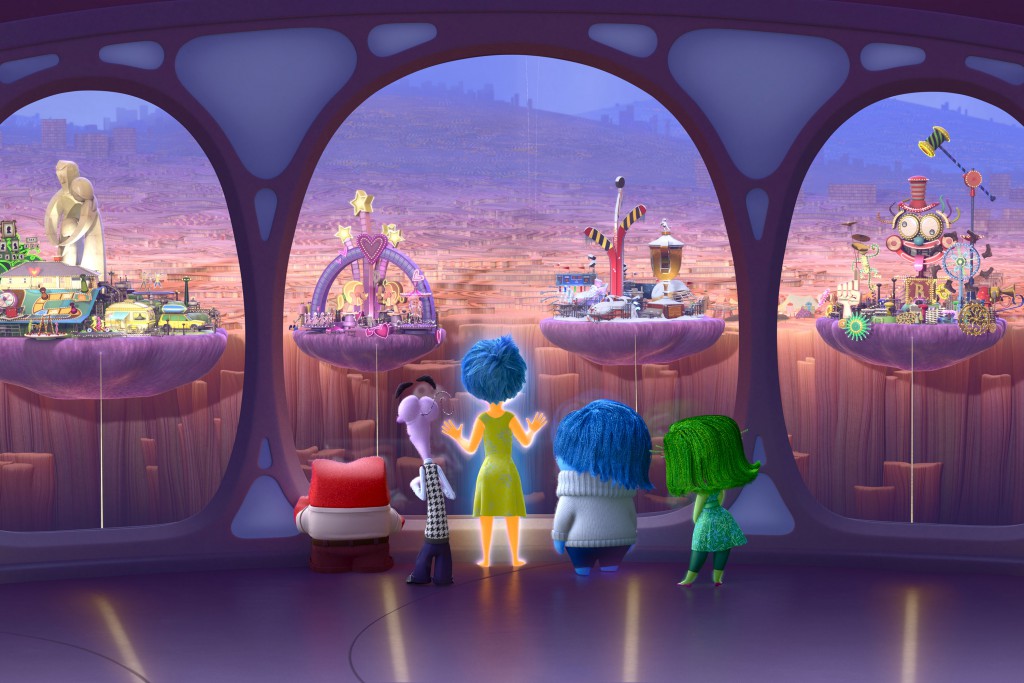 What makes Inside Out so brilliant is that it feels real. While it is complete abstraction with the personification of complex emotions, it feels like it could be real. I mean, who knows?! The danger with this kind of story is trivializing and/or dumbing down very complex ideas. While it might feel like boiling down personality into five controlling emotions feels like it could be oversimplifying matters, it is dealt with so deftly that it never becomes an issue while watching the film. In fact, the entire representation of the way personalities are built makes sense to me – we are the amalgam of our experiences and memories, and how we view those experiences (what tinge of emotion is associated with the memories). And it really is all too easy to turn a happy memory into a sad one when looking back at things from a certain point of view.

In an attempt to keep the ‘reality’ to the film, Disney has gone the extra mile with the film’s Japanese release. For Western audiences, Disgust’s hatred of broccoli is easily understandable. However, in Japan, for some reason broccoli is a cultural favourite, with green peppers/capsicum getting the bad rap instead. So Disney bowed to cultural preferences and changed the references to broccoli for the Japanese release.

All of the broccoli in #InsideOut was swapped w/ green peppers for Japan. Peppers are ‘Disgust’ there, not broccoli! pic.twitter.com/EuK0Ld5Fk7

Where I feel that this true-to-reality piece is a strength of the film, this is also where I worry it will fall down for children. These really are very complex ideas that the film is dealing with, and they are hardly the rollercoaster adventure of your average children’s film. Will the kids get it? Will they care?

We did not die today, I call that an unqualified success. 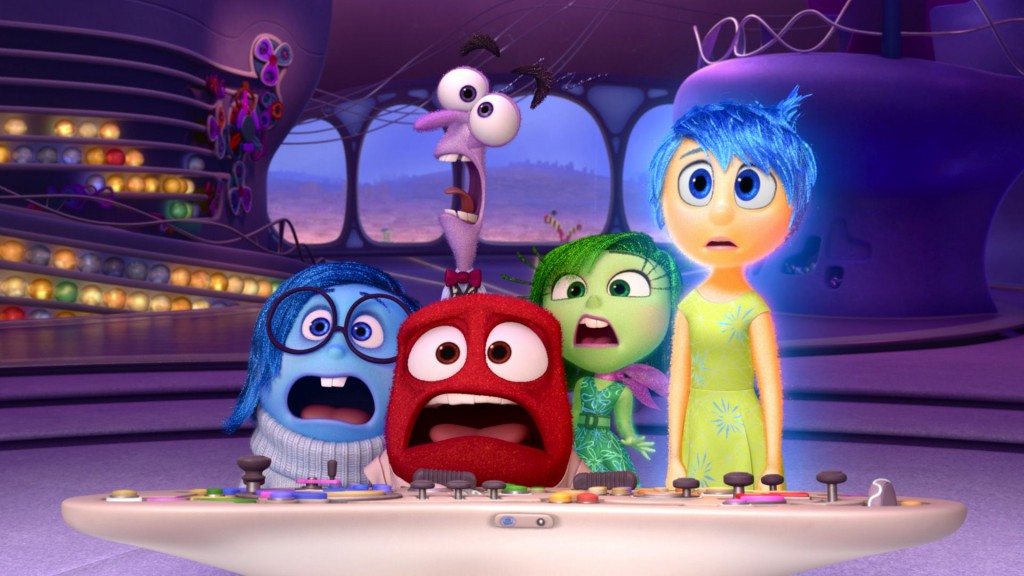 Even from watching the initial trailers, I had one big question that plagued me throughout the film. And Disney, I need some answers. Why does Riley have a mix of male and female emotions when every other character’s mind we get a glimpse of has only emotions of one gender (their own)? There’s no answer, nor even a hint as to why this is. My tendency to rationalize invented a premise where the puberty transformation converts all the emotions to the same gender, but there’s really no evidence of that in the film. My cinema buddy and I decided that the film must actually be saying something far more controversial – unlike the other characters we meet, Riley is actually bisexual (or perhaps transgender?), represented by the mixture of genders in her head. Of course, that’s far too open-minded for a Disney film, but I’m going to pretend it is what they intended.

As with Frozen, again Disney has gone for a female-led film. Inside Out is overloaded with female protagonists. Not only are we in the mind of a young girl, but the two most important characters within her mind – Joy and Sadness – are also female. For the duration of the film, apart from a few tiny glimpses into peripheral male character’s minds, there is always at least one female on screen. Thank you Disney – for such an often backwards, close-minded organization (seriously, why won’t you talk about sex before marriage or drug/alcohol use on the Disney Channel, these are important issues that young people should talk about!), you’ve done a lot for promoting female protagonists in film. 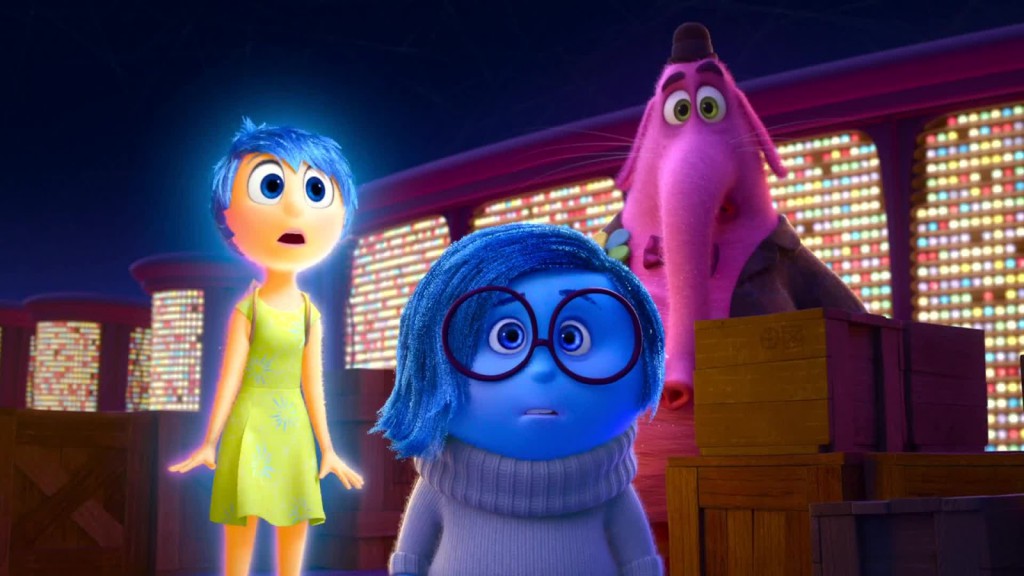 Verdict: Intelligent, witty, and thoughtful, Inside Out will give you all the feels. But potentially a better film for adults than for children.

Previous: Eden: French DJs, mounting debt, and a hell of a lot of cocaine
Next: Maggie: Decay moves slowly, so make death quick