Home / Reviews / Love: We’ve all been there 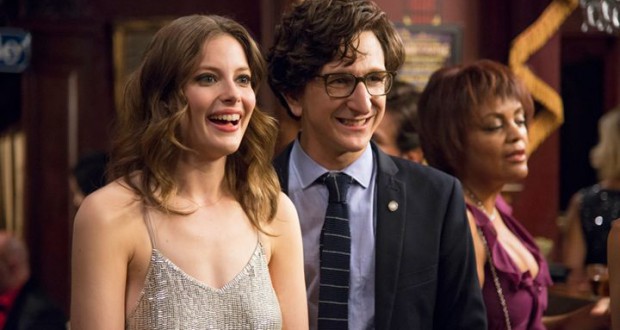 It feels like cable channels and other alternative programming arenas are embracing the anti-Hollywood love story. With shows like Girls and Californication, we’ve seen all kinds of self-destructive, narcissistic behaviour of young twenty-somethings and even older generations. The new Judd Apatow, Paul Rust, and Lesley Arfin series Love, is more of the same. That’s not to say more on the subject of modern love is an unwelcome area for television to visit repeatedly, but it does mean the series lacks the freshness of Apatow’s classic Freaks and Geeks or even Dunham’s Girls.

Love follows the story of two initial strangers: self-destructive Mickey (Gillian Jacobs of Community fame) and oddball, passive-aggressive Gus (Paul Rust). Neither of them have their lives together or any real self-awareness when it comes to their issues. Both have just escaped poor long-term relationships and are trying to piece their lives back together. The will they/won’t they begins as the audience asks ‘should they?!’

The meet-cute is one of the best I’ve seen – natural, awkward, and genuinely fun. I’d be more than happy with a real life meet-cute like that (you know, apart from the smoking, drug use, and so on…). None of this love at first sight crap, Love explores something far more realistic: a random collection of experiences where you find someone you don’t hate.

This is not your laugh out loud romantic comedy series and has far more of the awkward, cringe-worthy humour than Freaks and Geeks or Undeclared ever did. The show stakes its reputation on a more ‘realistic’ view of love and relationships, which it sees through using the longer run time of a ten episode series and the awkwardness of real life (no glossy, airbrushed-to-all-hell shit here). The trouble with these ‘realistic’ shows is that they end up walking a zig-zag line between comedy and drama, never finding they fall neatly into one or another, and have a tendency to err on the side of obnoxious pretension. Realism isn’t always what the audience wants. If you want romantic escapism, this is not the show for you. 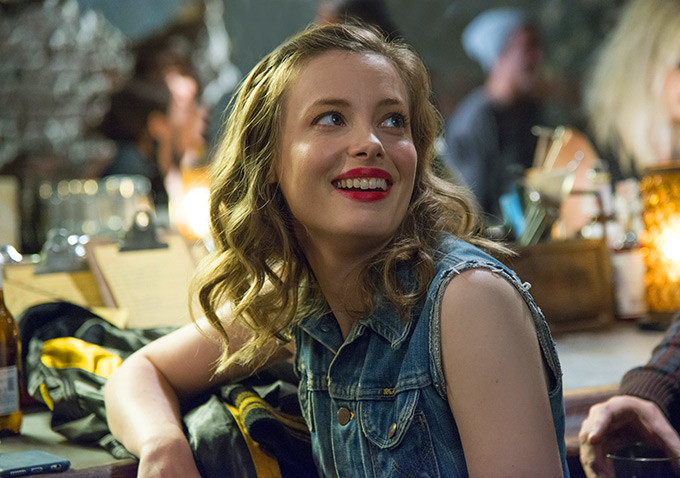 The most common criticism of the show I’ve seen is that the characters aren’t very likeable. They are trainwrecks without a lot of redeeming qualities. But hasn’t Girls already proven that there are plenty of viewers out there who want to see people make stupid decisions? I find Mickey and Gus far more likeable than any of the characters in Girls, but perhaps that’s simply down to them being older and the characters feeling less entitled. While I don’t have the substance abuse problems Mickey has and I hope I’m not nearly as passive-aggressive as Gus, I find the two characters entirely relatable. If you don’t make imbecilic, self-destructive decisions from time to time (and who are you kidding, we all do it), you at least know someone who does. It’s easy to see the real world reflected in these two screw-ups.

It’s a kind of voyeuristic enjoyment that keeps you glued to the television for more of Love. It is, at times, annoying and slow, pretentious and infuriating… but it is also addictive, funny, and true to life. After one episode, I thought ‘meh’, but I watched another… and another… and soon I’d churned through them all. 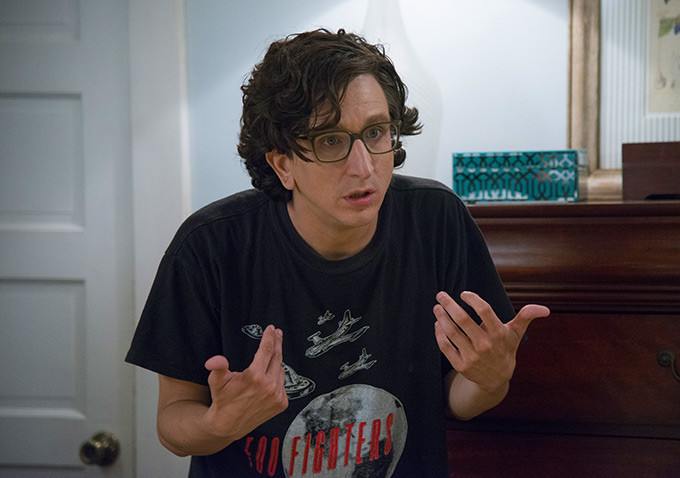 The real strength of the series is not its realism or clever writing but the brilliant acting. The main characters – Mickey, Gus, and Bertie (Australian comedian Claudia O’Doherty) – are so perfectly acted you could easily mistake the characters as real life people. Gillian Jacobs drops the scattiness of her Community character in favour of a resigned depression. The risk of developing a character – particularly a female lead – so flawed often manifests itself in a kind of apologetic portrayal, a nod to the viewers that the writers/actors know this is not a good way to be. But Jacobs embraces it.

Thankfully, the writers avoided the cliché of having the ‘bad girl’ be ‘fixed’ by a nice guy. Gus, at first glance, might be the dorky nice guy so often overlooked by the hot friend but he has just as many bad habits and issues as Mickey. Rust also embodies this awkward character: someone trying to be something he’s not, who thinks he’s a sweet goofball while actually being kind of a dick a lot of the time. But it’s the Aussie flat mate Bertie who brings the others back down to earth. What’s the best way to make characters likeable? Give them friends! She is the perfect antidote to both Mickey and Gus’s awful behaviour and provides more than her fair share of laughs. 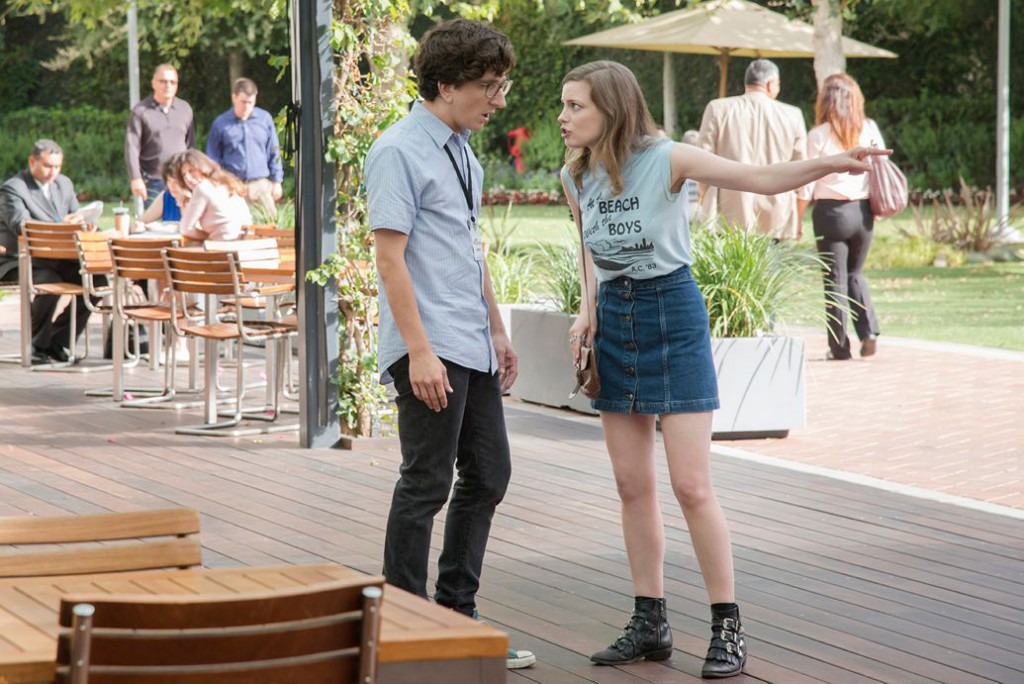 Verdict: Despite it’s irritating quirks, the awkward and uncomfortable realism of Love makes it addictive viewing and the performances from the main cast are brilliant.