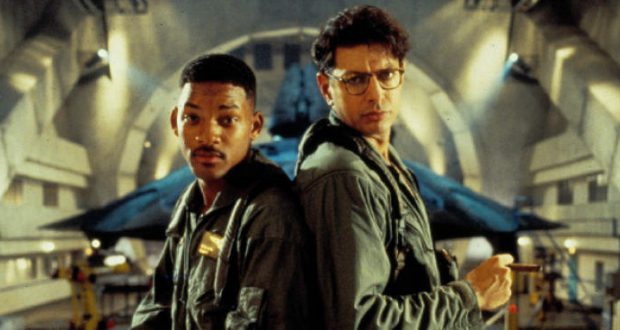 With Independence Day: Resurgence hitting cinemas this week, I decided to watch the original. I am one of these weirdos who had never actually seen the film, despite its popularity. Well, I’ve seen it now. And while watching it, I couldn’t help but notice the tropes I see time and time again in action and/or disaster films being encapsulated in this one film. Whereas other blockbusters (ones that tend to fly into cinemas with big stars and big budgets but I don’t actually know anyone who goes to see them, like 2012, The Day After Tomorrow, San Andreas, Olympus has Fallen…) will pick and choose a handful of these tropes, Independence Day threw in every single one of them into a runtime of over 2 hours.

Since other blockbusters have failed to recapture the lasting popularity of Independence Day, I think scriptwriters should use it as the blueprint. Here’s how I see the breakdown…

The nuclear family is everything. There absolutely must be children involved and the threat of ripping apart this all-important societal construct is at the heart of the personal drama. No matter how big the main threat (aliens, asteroids, terrorists), those who find themselves at the center of the fight must be fighting for their families.

In Independence Day, this covers the President (Bill Pullman), his wife (Mary McDonnell), and their daughter (Mae Whitman), Captain Hiller (Will Smith), his girlfriend (the hot stripper – aka Vivica A. Fox), and her son (Ross Bagley), as well as David (Jeff Goldblum), his father (Judd Hirsch), and his ex-wife (Magaret Colin).

Even when you love each other, keeping a relationship together can be difficult. A great example of this is Die Hard – not only are we rooting for John McClane to beat the terrorists, we are also invested in him saving his relationship with his estranged wife. Similarly in Independence Day, we are on side with David, the hopeless romantic who hasn’t given up on his wife who divorced him over three years ago. The crisis the characters find themselves helps them remember what is really important, and the love they have for each other is more important than their differences.

To add to the drama, some of our protagonists necessarily end up separated, and often this falls to the family unit. If we are hoping to keep the family together, what better way to have the audience on the edge of their seats than to separate them and add peril?! Communication is lost, there’s no way to get in touch with them and you know they happened to be when and where shit got real. This can go either way, they might be presumed dead, spurning the characters to keep going, or they might turn out to have survived after all. Roland Emmerich and Dean Devlin have a rather sick sense of humour in Independence Day, having the first lady missing and presumed dead, to be rescued by our hot stripper on the run, only to die from internal bleeding once reunited with her family. 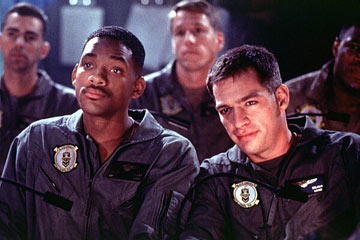 One of the best ways to create an empathetic protagonist is to give them friends. If they have friends, they are likeable. And to really drive the point home, give them a wisecracking, fun-loving friend who is both comedic relief and off-putting with their poignant insights. Here comes fellow pilot Harry Connick Jnr. As soon as he steps on screen the viewer knows he is going to die. But he has to, right? To make the fight feel real, to have consequences that we can understand and relate to without breaking up the family unit we are rooting for. Think Biggs in Star Wars: A New Hope. This is the friend that helps buoy up our protagonist, inspires them to reach the finish line, but doesn’t make it to the end with them. 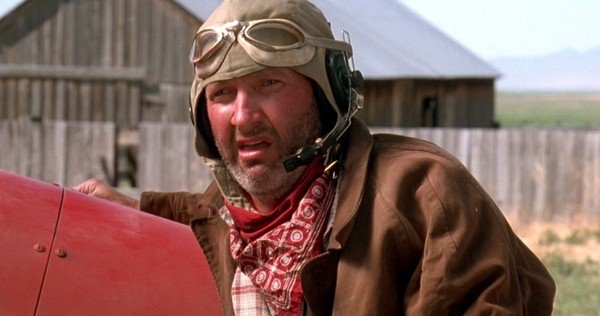 Amongst the traditional heroes is someone who has made a few mistakes in life. They might be alcoholics, bad with money, someone who made a career mistake long ago and has never been forgiven for it… and they will take the opportunity to prove themselves worthy. This means being left behind to set off the explosion (Armageddon), holding off an army while others escape (Game of Thrones), or blowing yourself up in order to save the world (Independence Day). There’s no better way to redeem yourself than a selfless act of sacrifice – so much so it doesn’t even matter if you leave your kids orphaned.

All hope is lost

Every single character must have lost hope in a possible win scenario before the light-bulb moment. These films make us believe that good ideas only strike when utter depression has set in. If there’s still hope and a chance they might make it, all the scientific brains in the world couldn’t hope to solve the puzzle. And the answer usually comes from somewhere unexpected and entirely mundane, such as David’s father trying to talk him down from his drunk, destructive behaviour: ‘The common cold!’ 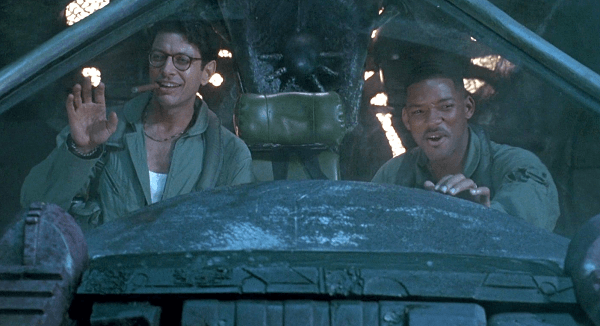 Most of these films are produced in Hollywood, and as such, have the Americans at the center of the world-saving efforts. But before everyone goes into battle, there must be a rousing speech, calling everyone to fight for their families, their ideals, and their country. As the speech carries on, the music builds and our chests puff out.

In the nick of time

Everything comes down to the wire. Will they make it out in time? The ending of the battle or conclusion of the threat must involve a big explosion. Not only are they working against the clock, our heroes are trying to outrun the natural destructive force of a large-scale bomb/nuclear explosion/etc. I like to call this ‘the Millennium Falcon exit’. The escape of the Falcon out of the death star, one step ahead of the flames at its tail, is so iconic that every similar shot feels like an homage to it.

Dancing in our ethnic garb 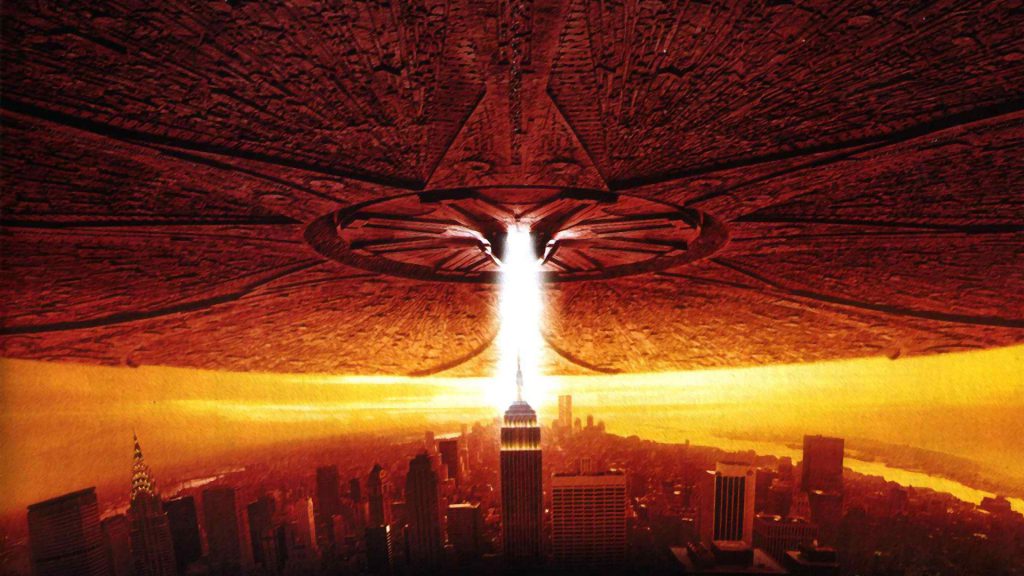 When the world’s been saved, the terrorists thwarted, and our heroes are safe there must, of course, be a big party. But that isn’t limited to the hugs of family and friends, but a worldwide celebration. While the rest of the world might have managed minor footnotes in the activity leading up to the defeat of the enemy, it’s in the celebrations that they are the shining stars. Whether they are from Africa, the Middle East, Asia, Europe, Australia, so on… they are wildly ecstatic that America has saved them from certain death. And to bring home this point, there must be at least one group of people seen dancing or gesticulating while wearing distinctive-looking primitive, ethnic clothing.

Now you have the tools to write your very own action blockbuster!

Previous: Electra Woman and Dyna Girl: Female superheroes are just superheroes
Next: LIMBO: An elegy for the mixtape