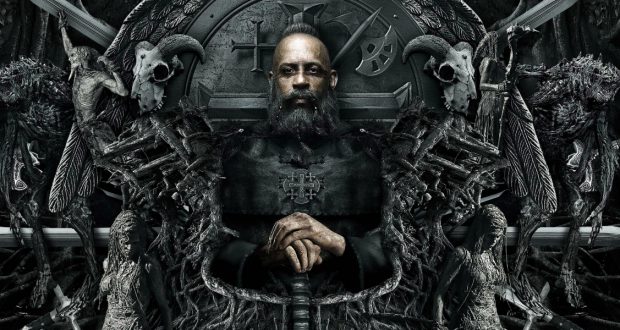 I am currently on a mission to watch everything Joe Gilgun has ever appeared in. From Misfits to This is England to Pride to Preacher, he has quickly become one of my favourite actors of all time, while also being some seriously pleasing eye candy. Any of you who claim not to watch awful films or TV shows just because they feature one of your favourite actors… come on, don’t lie. We all do it. Nothing to be ashamed of! 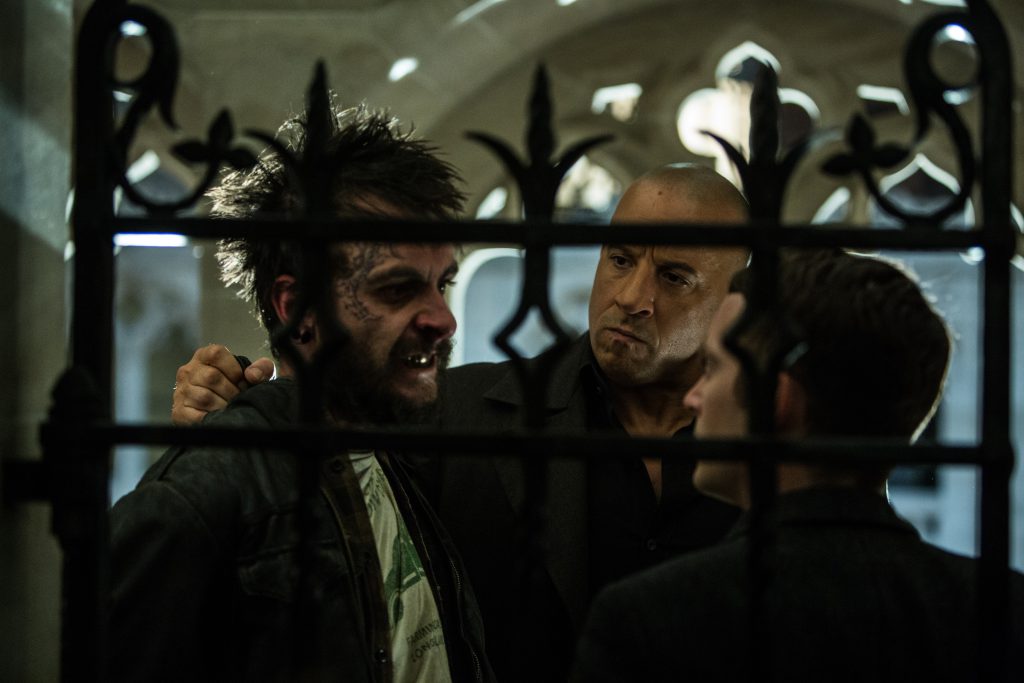 When it came to ticking off The Last Witch Hunter, I admit that I wasn’t expecting quality. But it had the potential to be ‘dumb fun’. It wasn’t. Not only was it one of the worst films I have *ever* seen, Joe only graces us with his presence for a total of about 4 minutes (and yes, this includes when he pops up in the final battle). The film reads like a play by play of what not to do in screenwriting and fantasy storytelling in general. If nothing else, The Last Witch Hunter is an eye-opening experience for fantasy writers, highlighting some of the most common problems with failed entries in the genre.

Warning: there are spoilers ahead. However, this film is so entirely predictable (and awful), I highly doubt reading spoilers could possibly make the experience of watching it any worse.

As soon as the film hits the ‘present day’, we are given expository dialogue, expository voice-over narration, as well as obvious and clunky attempts to justify such exposition dumps. For instance, a common way to build in is to have one ‘new’ character that has the rules/lore explained to them as they become exposed to all that is weird and wonderful. This technique can feel clunky and lazy if not handled well, but in The Last Witch Hunter, it is taken to new levels. We have Kaulder (Vin Diesel) explaining the ins and outs of what’s happening to his new Dolan (aka mentor, Elijah Wood), despite the Dolan having to have been trained and working his way up through the rungs of the organisation in order to achieve his position.

Throughout the film, dialogue is delivered in the most wooden, ham-fisted ways, the content of which is entirely expository.

2) Characters we don’t care about 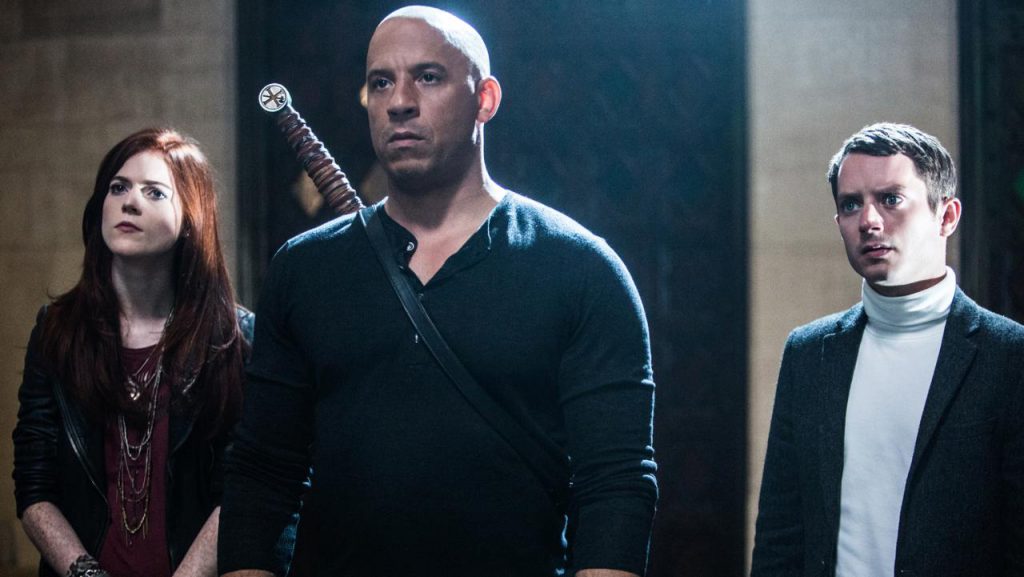 This is not a long film, but to engage an audience for 100 minutes, you need to provide us with characters that we can care about. Note that this doesn’t mean we need to ‘like’ them. They can be absolute assholes as long as they are interesting enough to have us give a damn about the outcome. I did not give a shit about any of the characters in this film. None of them are fleshed out, not even the main protagonist. Outside of ‘this is the next crisis we need to deal with’, the characters are never given time to breathe, to express any particular interests or personality beyond saving the world.

I love protagonists with baggage. Who doesn’t? The writers of The Last Witch Hunter attempted to give Kaulder some tear-jerking baggage with a wife and daughter who tragically died. Unfortunately, they fail to link that to the rest of the story or even explain how they died. Was it natural causes? Were they murdered? Was that what spurred him to become a witch hunter or was he already on that path? Was he away at war and therefore not there to protect them? WHAT?! If they weren’t going to bother making it have some relevance on the main narrative, why include it at all?

A good character is one that is believably real. You might wonder at that when it comes to a fantasy world, but by and large, people do things for a reason. It’s fine if other characters are trying to find out the reason some of the time, but there’s got to be some kind of logic to character actions. Apparently, these filmmakers don’t agree.

There’s also a distinction between undercooked motivations and the completely arbitrary. The Last Witch Hunter has both.

5) No sense of threat (or one that arrives too late) 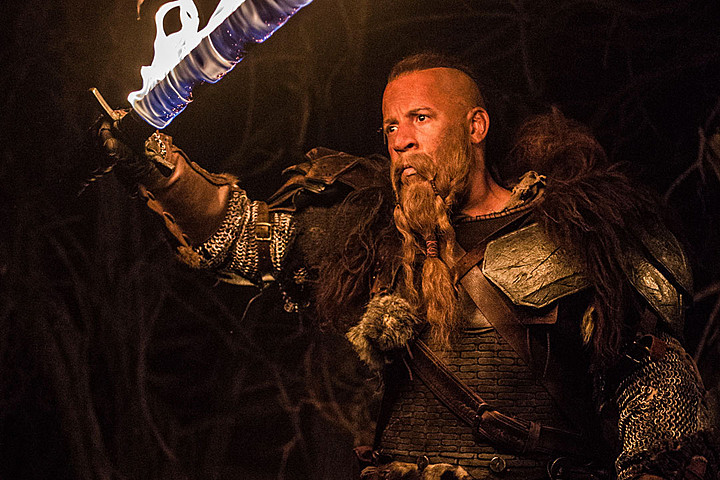 When you set your protagonist up to be unkillable from the outset, it is difficult to create a sense of threat. Of course, there are other things in the character’s life you can threaten, but if you’ve failed to make us care about the protagonist or his friends, that doesn’t really work. Introducing a new character whose life the protagonist royally screws up, causing the destruction of her bar and the death of her friends, is certainly tragic but not much in the way of a tension builder for the audience.

If the ultimate threat is that our protagonist might actually die, bring that in earlier than the final battle. If the audience knows that he is fighting for his own life throughout, that might help us give a damn about what he’s doing.

Fantasy worlds involve magic and/or the supernatural. These elements don’t always need to be explained in the strictest sense but they do need to be consistent. Even magic, like science, has rules. Having sat through the film, I am still no wiser as to what is and isn’t possible in the world of The Last Witch Hunter. Why do some people have certain powers? What makes some more powerful than others? How does Kaulder’s organisation maintain power over the witches? Unless the audience can understand the basic rules of the magic system, it is difficult for them to be invested in it.

You guessed it: you can’t trust anyone, especially not when they are a part of a mysterious, powerful organisation claiming to ‘keep order and peace’. Those are massive alarm bells right there. Having a supposedly benevolent group working for the ‘greater good’ misusing those who work for them is one of the most overused cliches in the genre. As soon as you meet ‘the council’, you see the conspiracy written all over their cold faces. Conspiracies can work, but try to make them a little less obvious.

8) A twist that isn’t earned 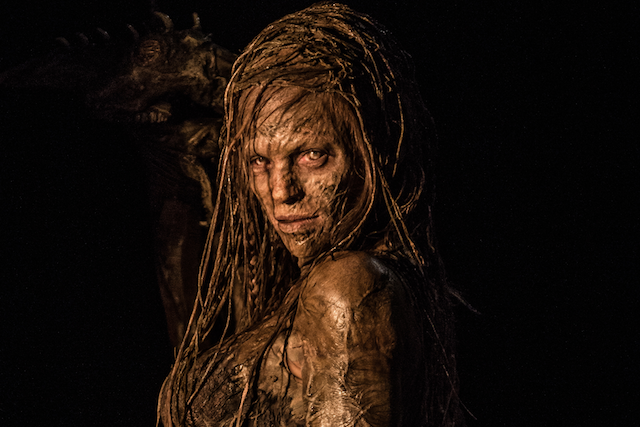 You don’t have to be very bright to see that Elijah Wood’s Dolan is not a good guy. But the ‘twist’, that he awoke the Witch Queen because he wanted magic powers, is just plain dumb. First of all, the Queen turning around and immediately killing him anyway is exactly what would happen. Hasn’t the Dolan read any novels? His plan is completely idiotic. And at no point are we given any clues that he might have sabotaged Kaulder or that he’s done anything intelligent, tricksy, or interesting. He just stabs Kaulder in the back at the end… ummm… because… Yeah, I got nothing.

In the absence of knowing what to do with a character or having defined their role/abilties/etc, why not just make them the neat answer to every problem? I mean, Star Trek did it with the Tricorder. What exactly is the role of the Dolan? Does he track instances of magic that he sent Kaulder after? Is he the Giles figure, training Kaulder in the lore or fight styles (though Kaulder would have to be a terrible student to still need a teacher after 800 years)? It is never established what their role is, and instead, whenever there’s a gap in the plot for ‘what happens next’, the writers give it to Elijah Wood’s character. Oh, you want to track some red dirt on this bad guy’s outfit? Sure, of course I can help! Didn’t you know I’m also a forensic scientist?! Silly Kaulder!

If nothing else, watching this film reminds you how important it is to follow the basic rules of storytelling.