Home / Film / My Scientology Movie: Tell him to stop filming 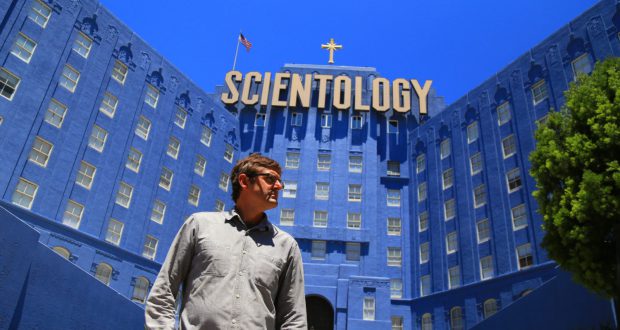 The quintessential American experience: an fanatical cult obsessed with money and celebrity, fighting scrutiny at all costs, and weathering widespread claims of abusing and exploiting its members. It’s surprising Scientology is not the state religion. Let’s hope that opening crack doesn’t get me sued.

My Scientology Movie is Louis Theroux’s investigation into the claims of abuse and violence levelled at Scientology’s leader, David Miscavige. The main obstacle to Louis’ usual character study is that the Church flatly refuses to give Louis access to Miscavige and will not even allow authorised interviews with their official clergy, the Sea Org. Getting creative, Louis therefore sets out to reconstruct notorious incidents alleged to have been committed by Miscavige, directing actors with the help of critical former Scientologists.

A documentary built on the absence of its main interviewee 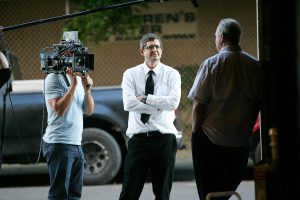 The key figure working with Louis is the former Inspector General (as ominous as it sounds and more) and now apostate of Scientology, Marty Rathbun. The documentary has two essential strands: trying to analyse the elusive figure of Miscavige despite the stonewalling and eventual harassment by the Church of Scientology; and eventually taking a harder look at the rather temperamental and difficult character of Rathbun.

Compared to Going Clear, Alex Gibney’s 2015 authoritative documentary on Scientology, Theroux’s film is a more niche affair. Gibney’s film took a fairly comprehensive look at the organisation from a belief and organisational structure, and proceeded to tally up its sins. Theroux’s starts out much smaller in scope with a single character study and the film is initially as much about the difficult process of doing so as Louis constructs a small production to simulate Miscavige’s regime. But in truth My Scientology Movie is a lot less focussed than this suggests as it digresses, by no means unreasonably, on matters that arise from this exercise.

By the end, Theroux is talking a much harder look at his primary source of information 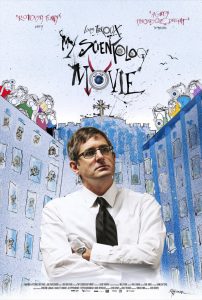 When the Church discover Theroux is making a documentary, they commission a counter-documentary in the hopes of harassing Louis with their own cameramen. But the ultimate shift in focus comes from analysing the figure of Rathbun, who goes from collaborator to interrogatee. I have seen some describe Theroux’s eventual treatment and coverage of Rathbun as a somewhat dishonest – ostensibly turning on him in the absence of any official response from the Church – but there is no doubt that this whistleblower has questions to answer. He was the chief inquisitor and fixer for organisation, for heaven’s sake!

That is not to suggest the film is sprawling or that Louis does not salvage a some sort of conclusions from the affair. Insights abound as Theroux directs the audience through interactions with lapsed Scientologists, encounters with the Church’s censorious agents, and the intriguing reconstruction sequences. All of course layered with the wit that pervades Theroux’s notorious investigations. Simply put though, compared to Gibney’s definitive documentary on the cult, this doesn’t offer as clear or all-encompassing a picture. Taken as it is, this is a very good film but it’s contending with some accomplished forbears.

Verdict: A typically weird and insightful documentary on the notorious celebrity-pandering cult.